Soulution showcased new Leedh digital processing at Munich High End. A few months ago, I was still convinced about the importance of a very good analog preamplifier, possibly tube, to achieve best sonics in my listening room. I was so convinced of the analog preamp that it had long since become my favorite component as undoubtedly the most critical piece of gear which provided me with the highest returns. Still, I remained aware of the coloration added by such a component. But pointing to their most transparent or sophisticated examples, the sum of the advantages always outweighed the drawbacks. At the same time, I acknowledged that a very good preamp called for a big expense with perhaps one or two possible exceptions like my $6'000 DHT Canadian Coincident Speaker Technology unit. But all the very good others I tried like the Rogue Audio Hera II, SMC VRE-1, VAC Renaissance, Angstrom Research Reference 2, Ypsilon PST-100, Spectral DMC-30 or even Robert Koda Takumi K10 were rather expensive. For me, setting the volume in the digital domain never delivered by comparison. Digital volume controllers mainly provided me with a very flat and dead sound despite delivering quite realistic tones. Introducing an analog preamplifier into the playback chain, the life-like dimension of music returned which to my ears is perhaps the most important criterion. Thus I assumed that volume control in the analog domain was lossless compared to what I achieved with digital volume. Nevertheless, I had to admit that the full integration of conversion and gain within a sole chipset of a so-called full digital amplifier like my Lumin M1 or the work carried out by John Stronczer with his Bel Canto Black series created in me new expectations for digital volume with sophisticated dithering. Still, when Gilles Milot, founder of French firm Leedh, called me one day to say that he had invented a new lossless digital attenuation code, it seemed hot air. Zero loss sounded impossible in pure math. With all my respect for Gilles Milot's work and experience, I knew that he was no digital specialist. At that time in fact, his main challenge was finding a technical partnership to transform his concept into programming code.

But an open-minded reviewer—I assume all audio reviewers must be when we often meet products seemingly devoid of serious technical merit—I accepted to talk with Gilles about his concept and advised him to consult with Engineered of Switzerland, formerly ABC PCB, to move from theory to practice. That proved a good idea and Engineered succeeded in transforming mathematics into software and an actual printed circuit board which could be used for demonstrations. It was not perfect as it had only one S/PDIF i/o but now one could test and compare. By the way, Engineered's staff confirmed that this approach to digital attenuation hasn't been used before to the best of their knowledge. When Gilles came to my home with his brand-new demonstrator, we started to compare the sound of my system with the volume of his attenuator at max to instead use the analog version of my preamplifier. That was step one to lock in a sonic reference and confirm that the Leedh digital attenuator was utterly transparent when inserted into the chain. Then we reversed the settings, using digital attenuation with the preamp's at max instead. That was very surprising. I was impressed by a raise in sound quality across all aspects and shocked by the dawning awareness that analog volume could introduce such distortion.

The final step was removing the analog preamp altogether to connect my D/A converter directly to the power amps. That made for the best listening ever in my room where I had sampled so many prestigious preamps. Now the Leedh digital processing created an unprecedented level of naturalness, dynamics and quietness. We repeated this experience with other contenders like Ypsilon's PST-100 MK2 and Robert Koda's Takumi K10; with the same result. My inner child who for so many years had dreamt of top-notch preamps died that day. The most important advocate for Leedh's digital processing in fact has become Engineered itself as this company work for many Swiss high-end manufacturers. It's of course very complicated to argue about the superiority of a new processing technique without giving away any technical details. Like many others, Soulution hardly welcomed this proposal, having already rather efficient digital volume processing in their D/A converters to now digest the testimonial of their French distributor who had already experienced Gilles Milot's version. Milot proposed that he could visit them in Switzerland. He was confident that his volume controller would beat their best preamplifier or DAC. Finally it happened. 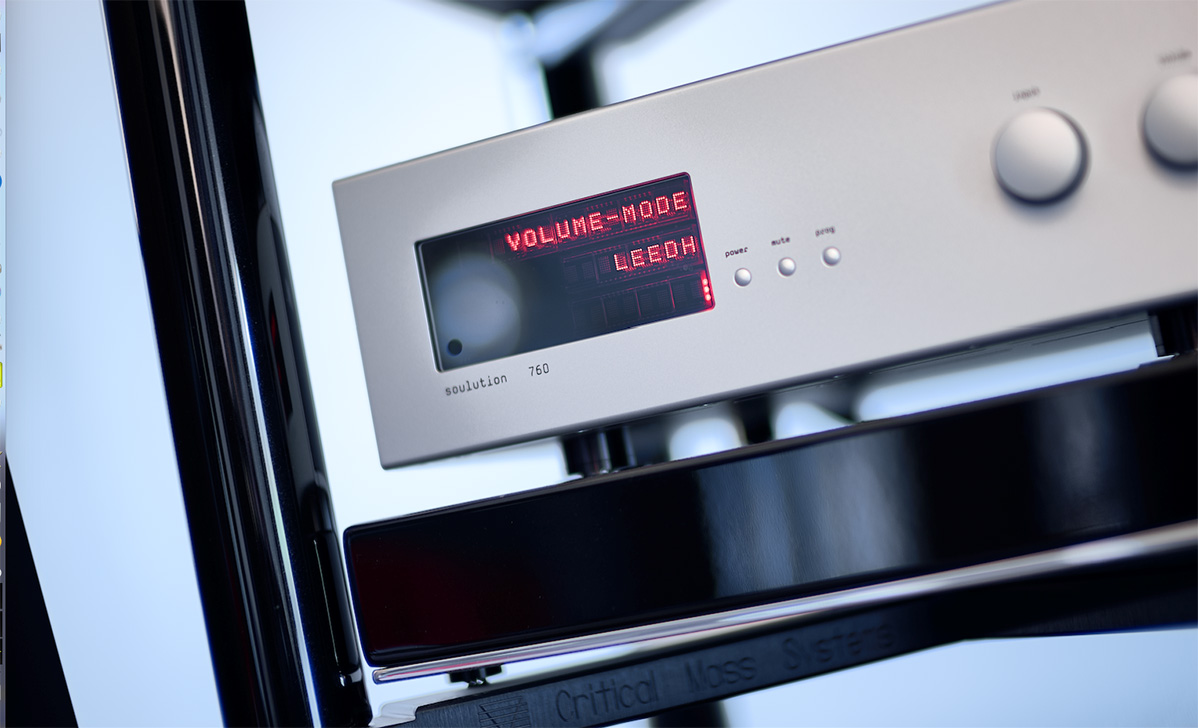 As a leading high-end actor, Cyrill Hammer, CEO of Soulution, immediately licensed Leedh's patented technology. As that processing deals with particular algorithms and nothing else, it didn't take the Swiss much time to integrate this new function into their two D/A converters. A few months after, Soulution launched a press release announcing that their 760 and 560 D/A converters had adopted Leedh's digital processing. They remain very early adopters. When I visited their booth in Munich, I asked for a demonstration, being aware that Jonathan Valin of The Abso!ute Sound had already had the opportunity and was really impressed. It sounded like a great achievement considering Jonathan's love of analogue. I was thus very excited to attend a private demo on Friday evening, of the Leedh processing aboard of one of the best D/A converters to market. I must thank Cyrill Hammer for this great opportunity to Audiophile-Magazine's team of two to allow us comparative listening to two different attenuators directly after closing time. It was also courageous for a company still selling analog preamplifiers to put emphasis on a digital controller. But it also protects their customers' interests. After all, whilst many still have an appetite for analog sources with analog volume, digital users could save money and perhaps even increase their sound quality with a great D/A converter directly connected to their power amp/s. It's also useful to remember that Soulution had already enhanced their own digital volume technique before the fateful meeting with Gilles Milot.

During this demonstration organized by Soulution, Jean-Marc Villafranca and I compared both digital volume algorithms inside the Soulution 760 D/A converter with a factory firmware version which allowed us to switch between both. Starting with their own, the sound was astonishingly good already. I asked for classical music samples and vocals to have a wide range of timbres and detail to help highlight the differences. Switching to the Leedh processing, I heard the same differences I had already noticed in my own system but with an even higher degree of purity. We made this A/B several times to be sure. Jean-Marc Villafranca was more amazed than I since it was his first time to experience Leedh's digital processing. I might declare it best sound of show. But we are all aware of how very difficult it is to compare private sessions to regular ones which are usually not very favorable to real critical judgment. But it was undoubtedly the most interesting technical demonstration despite Gilles Milot's jealously guarded secrecy of the details.

His algorithms have more potential applications still. He has already tested the benefit of this technology on a simple iPhone and prototype version of the Audirvana software player. This is definitely a no-return ticket. Each and every time the benefit to overall sound quality was indisputable. Another interesting capability of Leedh's algorithms is their upsampling function. Gilles came to my home with some native RedBook files and their upsampled 96kHz versions stored on a USB flash drive. I copied them to my NAS and streamed them with my favorite network players of Lumin and Audiomat Maestro. There was no doubt. The upsampled files sounded better and did not suffer the usual artifacts of regular upsampling techniques, which is to say softer tones and less precise less focused soundstage. This time the sound was more natural, quiet and focused. It was in fact closer to a genuine high-resolution file. The second time, Gilles was able to run his upsampling on the fly. Surprisingly, the results were even better. Gilles agreed whilst being unable to explain it. The performance uptick was excellent news as it's obviously more convenient to upsample on the fly than to first convert all of one's files. We even had opportunity to compare the upsampler in Lumin's U1 to Leedh's. There was no match. Leedh's digital processing was far beyond what the Lumin streamer could achieve regardless of target rate chosen. 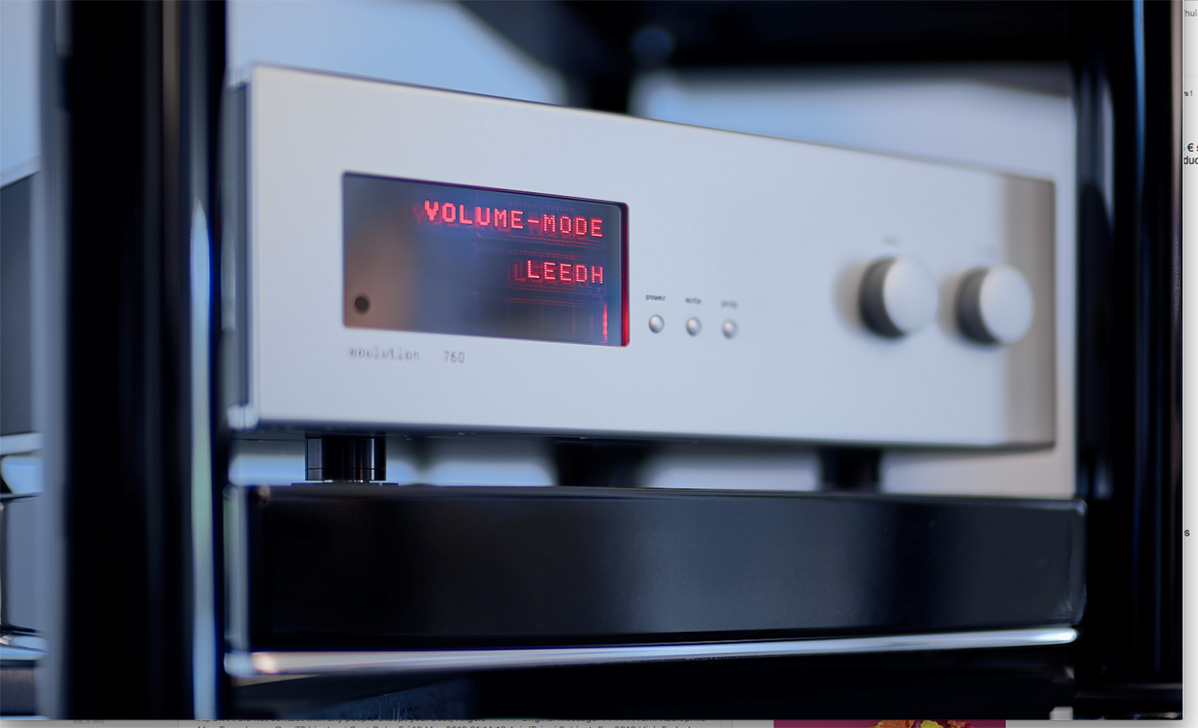 I predict that Leedh's upsampling processing will become of great interest for all streaming platforms like Tidal, Spotify or Qobuz who mostly provide and distribute 16-bit 44.1kHz files, not to mention MP3 and other compressed versions. That would be a significant step forward as streaming services are becoming more and more popular with the audiophile community. Gilles Milot told me that he already conducted some tests with MP3s and that the improvement in sound quality was very impressive again. For now it then seems that Leedh's digital processing is at the very beginning of its adventure and that perhaps even more spectacular advantages are waiting just around the corner. After all, there's no sound reason to not apply these logarithms also to video or hearing aids. It also predicts the decline of costly analog preamplifiers. Here I would like to congratulate Soulution and Cyrill Hammer for their early adoption of what seems like a genuine step forward in the furtherance of digital audio processing.