Not up that creek without a paddle. The thumbnail shows Jörg neither freaked out nor adrift. Instead he's having a grand time and the waters he kayaks are mellow. I first met him surrounded by other mellow waters, those lapping the Cypriot beach of Coral Bay. Jörg and his lady were on vacation, we lived there. He and his friend Ralph Werner had followed 6moons from faraway Berlin. Applying common sense, they had rightly determined that if a German living abroad under a strange name and even stranger URL could do it, by Kaiser Wilhelm, so could they. Surely reviewing hifi would be more fun than working as an electronics technician and more steady than as guitar player. Much waters have passed under that bridge since. fairaudio.de as helmed by Jörg & Ralph has developed into one of Germany's biggest online hifi review sites. 'twas time to check in for a chat. We agreed to improvise. No prefab questions, no canned replies. If you know your stuff, it takes no rehearsing or scripting to talk off the cuff. Meanwhile readers can't know the review-for-a-living stuff unless they actually do it. So let's hop on the inside track and see what we can learn. What's it like for Jörg? Smooth paddling all the way? Or is that the occasional waterfall ahead? 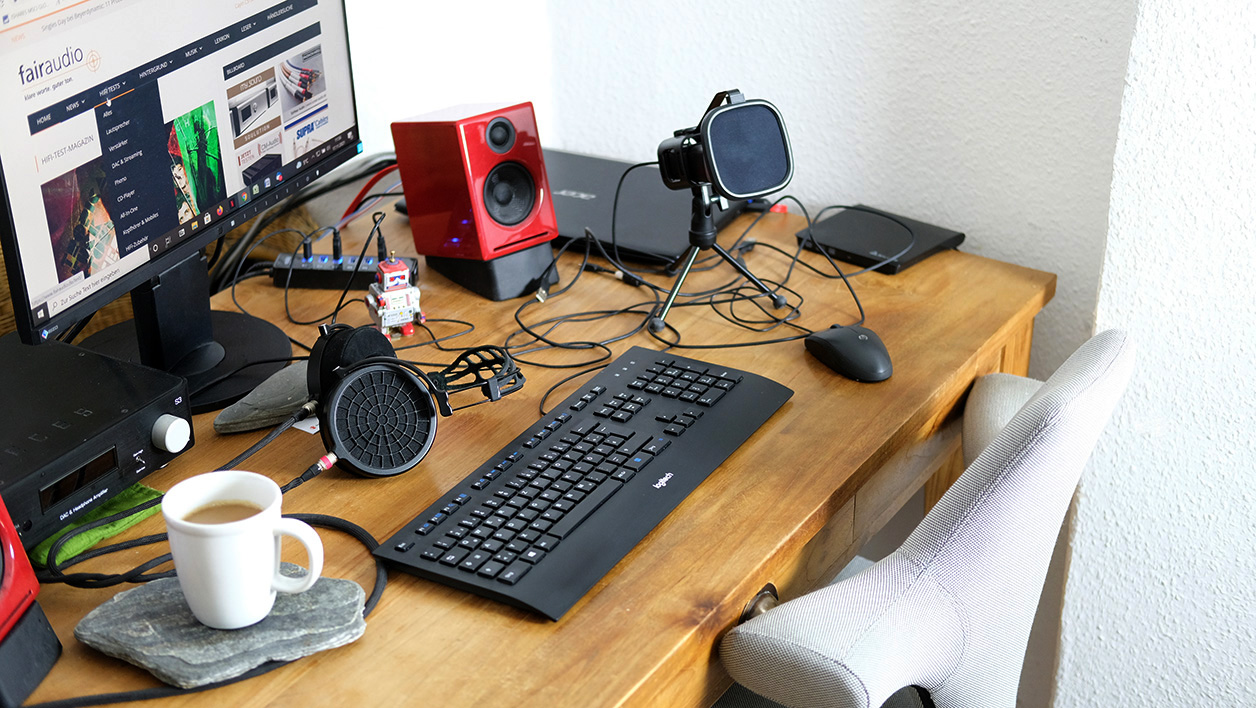 "Please take us back to how fairaudio.de started."

"We launched 07.2007 but began discussing the idea as early as 2005. Then we drafted how we wanted our site to look and function over 1-1½ years while getting a web designer involved. Our coming-out party was to be the 2007 HighEnd Munich show. But our site launch delayed by two months. All we had to actually show were shiny new business cards and two eager guys chatting things up. That was very well received. The concept of a German-language purist 2-channel review magazine published online turned out to be super timely. It plugged an existing hole in our market. Many of the manufacturers and distributors we talked to had in fact long wondered why our country didn't have its own 6moons or SoundStage Network. At that hifi show we made many important business contacts. Despite being an unintentional dry run which for all intents and purposes was invisible to most onlookers, for us it was very successful and a real mile stone in our development."

"How did you get the first manufacturers to send you review loaners and kick things off?"

"We didn't. Nobody dares to hit an empty dance floor when nobody's on it dancing yet. The first probably 10 reviews we published were of things we had bought ourselves." 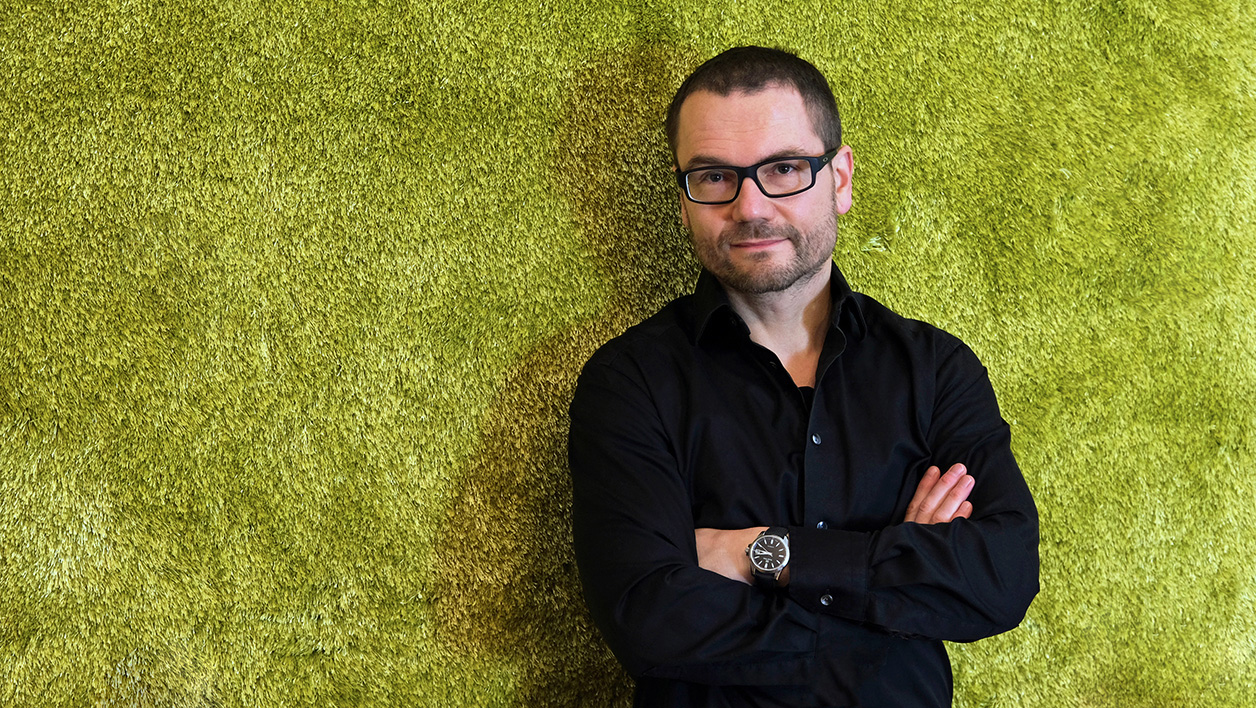 "After quitting your well-paying jobs to launch a new venture, how long was it until you saw sufficient income for two owners to live off? Did you bridge the gap with a small-business loan?

"We both studied business administration so are good with numbers, projections, business plans and such. We had a very realistic idea of what was involved and sufficient savings to last up to two years. This wasn't really a high-risk venture, just a matter of steady elbow grease. Pretty much as expected, a year later we both began to make a modest but sustainable living and grew it from there. By the midst of 2008, we were in healthy black figures."

"What created the idea for fairaudio in the first place? Dissatisfaction with your existing jobs? An enduring childhood fascination with hifi? Being your own boss?"

"Like many students of our generation, Ralph and I were into hifi from way back when. We spent many evenings in bars discussing our big dream systems, speculating on the sound of certain gear so all the usual stuff hifi enthusiasts do. Come 2005, we were both in our mid 30s with well-paying but ultimately dull jobs. We realized that we really couldn't see ourselves continue for another 30 years regardless of financial stability, security or eventual perks. We had observed the growth of your website and others in the English-speaking markets and wondered why we couldn't do the same for Germany. We spotted a gap in our market and decided to take a chance. We were both businessmen so savvy enough to realize that hifi was never going to be a get-rich-quick scheme or IT growth opportunity with runaway potential. But we saw a real opportunity for two guys willing to put in the work and produce quality content."

"Did you or Ralph have prior experience writing?"

"Speaking just for myself, in a far more formal setting I did write regularly for my prior job and never had issues with any writing assignments at school. That part didn't seem any big hurdle and really hasn't been."

"What do you find more satisfying, listening or writing about it?"

"They go together like nearly one unit. I appreciate that to others they might look like two very different things. For me, they're intimately connected. For example, after I've listened to a component for a few weeks, I start to write about it. After a few paragraphs of listening comments, I go back to the system to judge the precision of what I just wrote against my immediate hearing perception. If my descriptions need refining, I adjust them. And so forth. It's two sides of the same coin that just keeps turning. It's a fluid process and its two parts keep informing and reinforcing each other."

"Do you distinguish between listening modes for critical assessment and pleasure?"

"To a certain extent, yes. Fundamentally though, I just relax in front of a system with my attention fully turned on so that the noisy space between my ears goes quiet and black. Then I look at the totality of the sonic happening in front of me. That's from a relaxed perspective not focused on anything in particular. It's when things intrude as disturbances or surprises that I inquire why I notice these things in particular. This data then feeds into A/B comparisons where I develop a sonic profile for the component under review. These comparisons do use listening from the head not heart or gut. But it's very easy to switch back and forth. Also, listening from the head can be its own fun and very gratifying. Now I get answers as to why a sound presents in a certain way or triggers me. That motivation is admittedly nerdy but (laughs happily) in that sense I am a nerd. That's the truth." 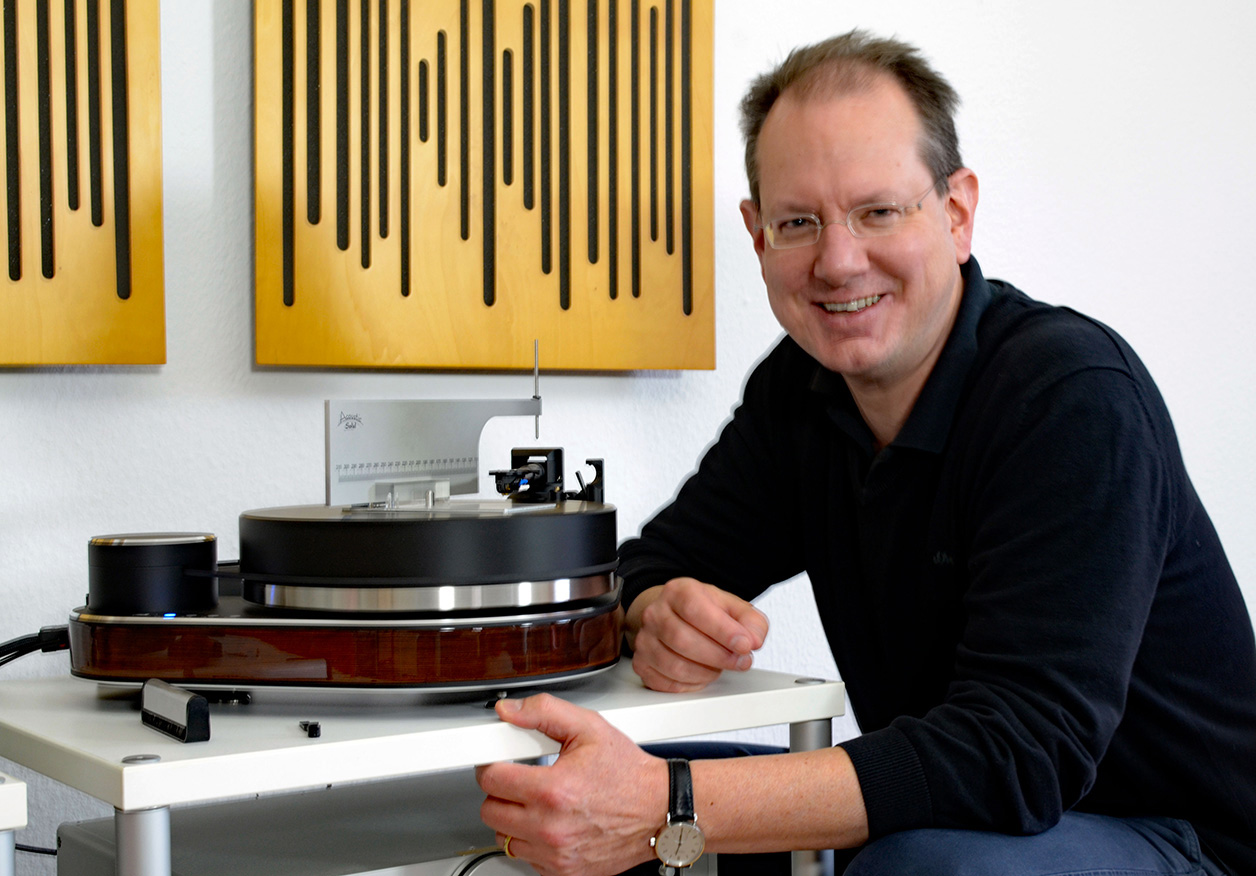 "How long does it generally take you until you've got the sound of a component pegged?"

"Loudspeakers with a very pronounced sonic profile are very easy to map. But I tend not to spend many hours on end listening critically. It's usually from half to one hour over many consecutive days. I usually keep gear for 4-6 weeks. I like to live with it and hear it every day in different contexts and conditions. Then invariably the time comes when the sonic profile reveals itself fully and I've eliminated vagaries like moods, 'the weather' and other influences. Having done this for 14 years, I've obviously trained my hearing a lot. So I do sometimes wonder whether the average reader who has not would notice some of what I describe; or would care about it or call it significant as I do. That goes back to us talking about caring. Caring gets one deeply involved to refine personal abilities. Different people care to different degrees about different things. Subtle can be meaningful to someone deeply passionate and with trained ears yet be irrelevant to someone on the surface. We must also stipulate that a lot of it depends on a well-balanced system of high resolution that's set up appropriate for the room; and that our readers must expect the same from their systems to properly relate to reviews. I like wine for example, particularly reds. So naturally I've developed a certain competence at recognizing levels of quality. But compared to a professional sommelier, I'd be lost following him to the ends of his descriptions on the finest nuances of the same wine I just drank. Even if I could taste some of it, I still wouldn't have a sufficiently developed vocabulary to describe it in the same way. His tongue and nose are highly trained. I'm passionate about the subject but compared to him, still just superficially involved."

"Good example. My next question relates directly to this beginner/advanced topic in that how we write and what we cover, neither fairaudio nor 6moons target audiophile beginners as for example does John Darko. From our audiences we assume a base level of familiarity, affinity and knowledge. Do you think that makes us irrelevant to newbies?"

"Perhaps John preps our next generation? My view is that if somebody is really passionate about this hobby, our websites aren't that complicated to get into. Passionate people don't need to be spoon-fed. They are motivated and resourceful. They want to learn and are happy to read up on things they currently don't understand. It's the audience that wants us to do all the work for them which demands that we work to the lowest common denominator. If the audience is passionate, even true beginners can easily get into fairaudio or 6moons and benefit quickly. They may not understand everything right away but they will still walk away with a good feeling for the subject and a first direction to go. So while you and I have developed a core audience that's been with us from the beginning for perhaps a special rapport, newbies who discover us today can still meet us well past our own beginnings. The only prerequisite is genuine passion and the natural curiosity that comes with it."