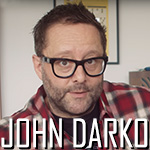 Interview: Not Darwinian but Darkonian with John Darko 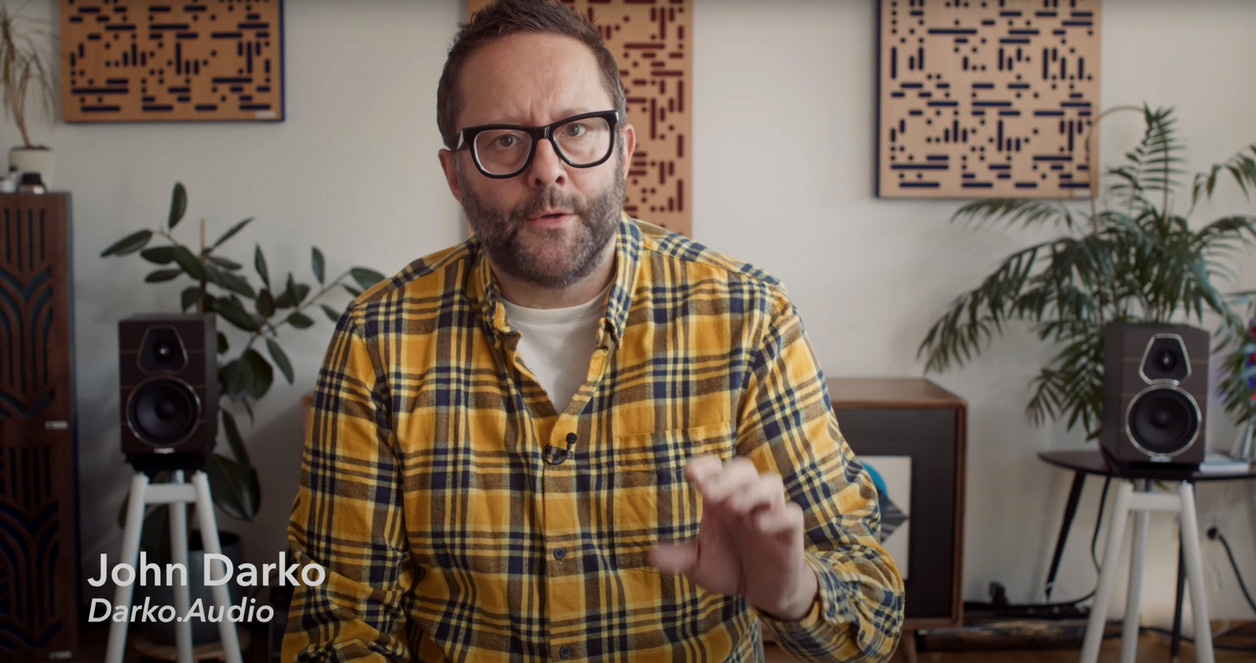 Everyone's favorite video-based hifi reviewer. It wasn't always so; and not because John's earlier videos sucked. He didn't always do them. He started with the written pixel-rendered word like the rest of us; out of Sydney/Australia no less. Then he moved shop to Berlin/Germany and started at moving pictures not furniture. In these two short sentences there's lots to unpack. Old Charles Darwin was about a mechanism of evolution later condensed to survival of the fittest. Younger John Darko, it seems, is about evolving how hifi reviews—and now also factory tours—are conducted. Whilst darkonian does bear a faint semblance to draconian named for Drako, ancient Athens' legislator who laid down their first written law, John lays down no laws which anyone else must follow. He follows only his own darkonian beat. That could well connect to survival of the fittest if the written review goes away to render yours truly an endangered species. Dinosaur meet asteroid? In this Zoom meet we learn how much time I've got left; and how John evolved his approach over the last 10 years. 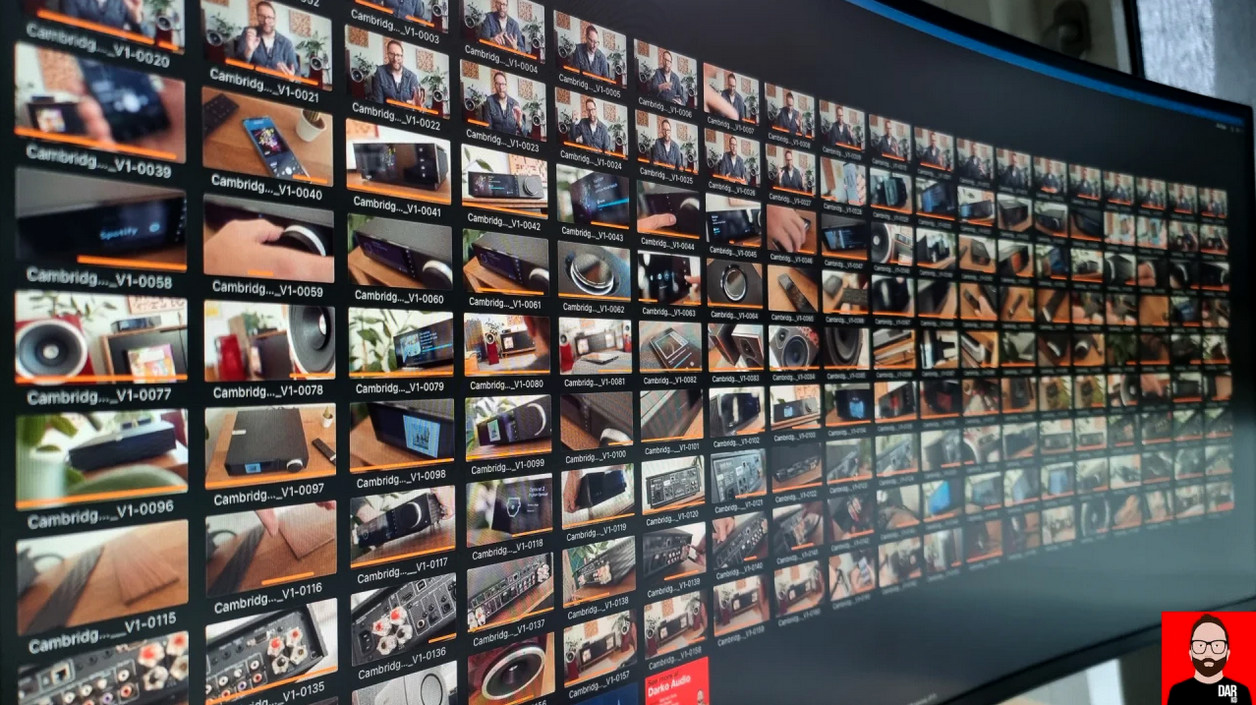 From your early digitalaudioreview.net.au days to then dot.com to now darko.audio, your general reviewing career is well known. But can you take us back to the very beginning? What did you do before it all and what led to you launching an Aussie hifi blog?"

"At the time I was a part-time teacher helping Chinese university students in a foundation course with their English as well as general IT skills. I had plenty of time to play around with hifi gear. I'd gotten into it again in a big way but now don't remember what kicked it off. I was friendly with a local hifi shoppe where I heard a lot of kit. One day a salesperson there suggested that I start a hifi blog. I thought about it, agreed that I could do that and then went ahead and did it. Two months in a chap who'd committed to doing my photography for the blog backed out. That's when I started taking my own. Then there's an Australian franchise called Jim's Mowing whose vans all have founder Jim's face on it. That's what I wanted for my site. By itself, digitalaudioreview sounded a bit dry so I wanted my face next to the name to make it more personable. As always, I made it all up as I went along. For starters, I wanted to find out whether I could actually write. For 2 years I'd already been active on a domestic hifi forum and in my early 20s run a 'zine with a pal. So I'd gotten a taste for it. Plus, our only domestic print publication back then was Australian HiFi with a close to zero review presence on the web. StereoNet was our online forum but had yet to expand into an editorial section. In short, nobody in Oz had tapped the Net to publish formal reviews. I already had the taste for self employment after 5 years of DJ'ing a Music Club Night with British Indie Rock. I was quite confident that I could run my own little biz. So to recap, I had the time because I'd stopped DJing and my teaching gig at the university was flexible part-time; I liked the idea of self employment; and just then nobody Down Under did any web-based hifi reviews whatsoever. Then I contacted you asking whether I could review for you. When you said yes, it was the ultimate vote of confidence in that I could write something which someone else was happy to publish. That was a nice push because when you do this by yourself, you really don't know. Back then I had a comment's section. People would write "great review" but I'd see the same comments elsewhere where I completely disagreed." (Cracks up.) 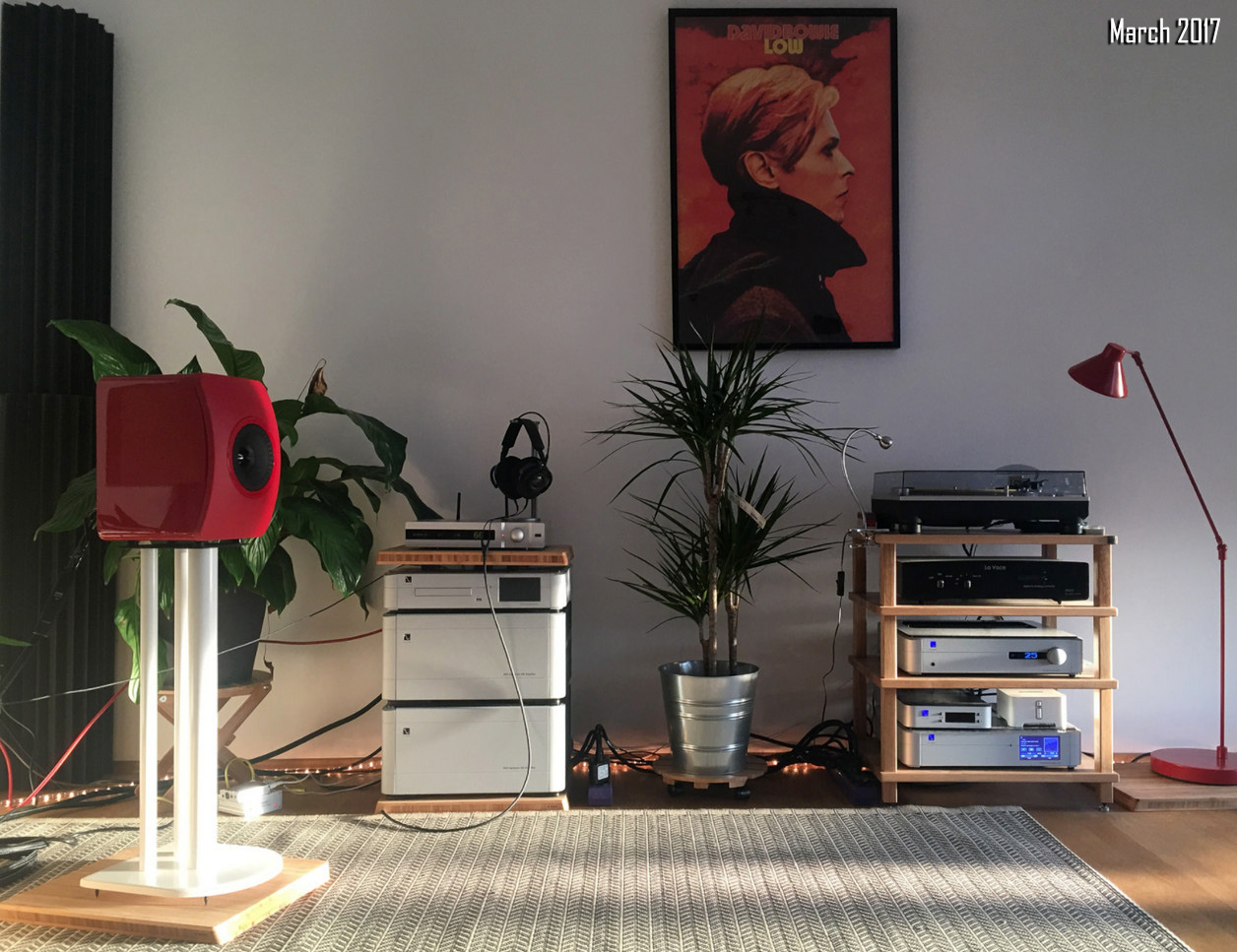 "What if any publications or writers of the time inspired you; or helped you formalize your own niche in response?"

"Back then I didn't know any of the writers at Australian HiFi personally. To me their overall style was a bit starchy. They really knew their audience: super conservative, middle class and fairly affluent. I knew I didn't want to do that. This was doubly confirmed by my first hifi show, the Rocky Mountain Audio Fest 2011. There I recognized the audiophile crowd in person and understood once more that these weren't my people. They're so well catered to already by publications like Australian Hifi, Stereophile and The Abso!ute Sound. I was very much inspired by what you did at 6moons and how you wrote about hifi. You can still see some of your fingerprints in how I work today. Of course whenever we start out, we want to fix the world. I've always been somewhat idealistic at wanting to make things better. I simply knew that I'd never do that in the style of the entrenched print mags and their audience."

"That segues into my next question. Have you considered that 10+ years into it, you've effectively become part of the establishment? You're no longer a wannabe, Johnny come lately or underground, alternative or niche press. Any thoughts on that?"

"I know what you mean about being part of the establishment by virtue of having been around long enough. But when I think 'establishment', I still see the typical hifi show attendees and the writers who cater to them. Particularly in the last 3 years, I have really dug in my heels by reiterating that no, I don't listen to classical music or Diana Krall, yes I do listen to a lot of electronic music but also to a lot of Indie Rock guitar music and if that passes you by, well… too bad. That might sound blunt but I write for people like me who aren't so well looked after by the major hifi press. I felt strongly that What Hifi couldn't be the only magazine that mentions the music I listen to. In that sense I still don't feel that I cater to the established audiophile audience. And that's not because I reject them. It's just because they're so extremely well looked after elsewhere."

"Would it be better to expand the definition of establishment by saying that today it includes writers like you and I who no longer work at the periphery but are more in the center now, on equal albeit alternative footing?"

"I still see plenty of people grumble about my music choices and I keep reiterating that they simply aren't my audience. If we want to move forward, we must ignore a certain part of our audience and their sense of entitlement about stipulating how we work. I don't know anyone in the review space who talks about electronic music as much as I do. In all fairness, that's backfired somewhat because many think that's all I listen to. Far from it. And I keep saying so. For many, this element of my 'counter-culture approach' simply dominates the discussion already. For them I'm the doof-doof guy. So wherever you pitch your tent, it can become a bit of an albatross around your neck. I still struggle with that. As somebody famous once said, 'the best way to serve your audience is to ignore them'. But in publishing, we must engage or our audience gets agitated. I'm working within that narrow window of engagement without letting it drag me where I don't want to go. To answer your question directly, I'd probably call myself the left-field establishment. If you don't feel spoken to by the central press establishment, perhaps give me a try? I'm perfectly fine if I'm not for you. Just stop complaining about it. Should vegetarians berate a butcher shop for selling meat? Just shop elsewhere."

"A more technical question about your work comes next. What's involved in video scripting? I've seen other presenters read verbatim off a teleprompter. Clearly you don't. Yet neither do you go full Robin Williams improv. That would meander and ramble to require unnecessary sequencing and editing in post production. What's your process to insure that you cover all intended talking points while still giving viewers the impression that it's a more spontaneous dialogue with them?"

"That's the hardest thing I presently have to do. It's not like writing a review. There I can chip away like a sculptor works a stone by changing this sentence or moving that word. If you map out things too concise, you end up with teleprompter situations or talking from rehearsed fully scripted memory. That's unnatural. People go dead behind the eyes when looking at the camera. I'd never want that. What I do is write down two or three sentences or phrases for a minute worth of filming. I put a line underneath that and then Olaf and I tape that bit. If I write my script too tight, I tend to flub lines because now I'm too worried about hitting precise phrases or words I've written. If I don't write enough, it does become that meandering thing where I have to tell Olaf to stop because I did drift way off the reservation. Obviously viewers don't see that. It all stays in the editing trash bin. The trick is having enough of an outline but not so much that it triggers me to cling to anything verbatim. What I've done of late is to bold out certain things which Olaf captures as B roll. But to date I've yet to master the art of script writing. I'm still wrestling with it to find it super difficult. I could easily expand my scripts into written reviews by hanging more meat on their sketchy bones. And I would if I had the time but I don't. Right now I'm working on getting away from the traditional review structure which starts with the physical description, goes to connectivity and features, lists test music then gets to the sound 4/5th of the way down. I'm trying to start talking sound from the very start since video can cover looks and socketry and features pretty much without any words. It allows me to flip the usual blueprint on its head. For the first two years I simply had to overcome some stage fright because talking in front of a camera didn't come to me easily."