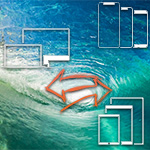 From static to dynamic 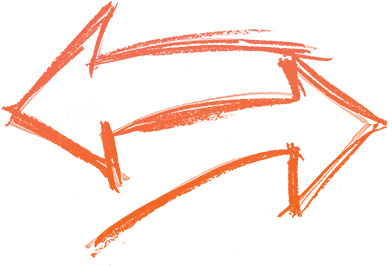 When 6moons launched in June 2002 as built in Adobe GoLive, I didn't foresee that by 2018, market analysts would state that more than 60% of all web traffic now originated on mobile devices. Back in 2002, a website 700 pixels wide was quite standard. It accommodated all then current sizes of laptop displays and PC monitors. As displays began to grow whilst pricing for big screens dropped, I scaled up site width to 1200 pixels across. This made for a bigger visual footprint with less lateral dead space. Somewhere in there, I also transitioned to Adobe DreamWeaver. Not that readers would have noticed that behind-the-scenes change.

What those who eventually insisted on reading 6moons on a smartphone did notice was its static nature. The layout wouldn't adapt to their far smaller displays. It would require a major makeover of the site's software platform to evolve from static to dynamic behaviour. 2017 was the designated year to make it so. Having by then accumulated 15 years of static archives to amalgamate, that wasn't a trifle. Also, I didn't like the fundamental design sameness inherent to websites built in WordPress. Over 15 years, the site identity and visual presentation of 6moons had merged. I felt that it was key to maintain that identity whilst adding the desired features.

Identifying a software engineer able and willing to take on the project was the next challenge. Whilst still in Switzerland, a young IT team had approached me for the job. Sadly their proposal fell far short off the mark. Over the years, I'd also received countless solicitations from mostly India who promised wonderous complete overhauls in Joomla. Needless to say, I insisted on somebody local to interact with face to face. 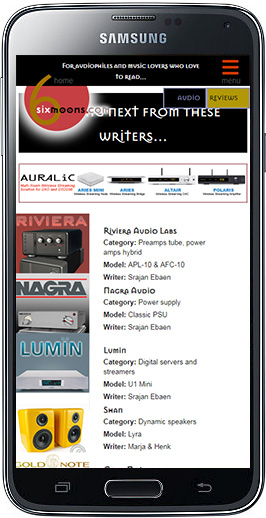 Once in Ireland, we finally found in Brett Henning a fellow Irish transplant from abroad who proved up to the task. But soon he decided to return to university for a four-year engineering diploma which would seriously increase his earning power with those essential letters behind the name. Now the project's time line shifted deeply into 2018. Add two house moves on Brett's end, one on ours plus sundry exams and other big corporate jobs for him. So the switch-over date kept postponing. But by late November, the time had finally come.

A few months prior, I'd begun to earnestly work in WordPress and write all content twice. One version uploaded to the static DreamWeaver site as usual; the other slightly wider version to the dynamic WordPress data base. This still hid in a password-protected secure location on the same server. By the time we'd make the switch, the new site's virtual shelves had to be fully stocked for a smooth transition. Expecting a perfectly flawless transition of course would seem unreasonable even for an ex German. Fully vetting by then 16 years of archival content is a very lengthy task.

To spot final transition misses like broken links, empty photos and such, I shall rely on reader feedback. Potential issues should essentially be of just two types. One concerns seamless shrinkage of the new full-size layout to small displays with proper image adjustments and no assorted visual weirdness across all content. The other relates to possible coding errors deep in the archives. So… if and when you spot something that still needs fixing, drop me a line at srajan @ 6moons.com and we'll attend to it.

To those who'd ask why I didn't take this opportunity to completely redesign the site's appearance to corporate publishing-house slickness, my answer is plain. Why fix something that ain't broke? I happen to love that we look different. We're not corporate. We're run by just one guy. That's part of our package. And it's clearly not hindered us over the years to grow and get established. The real challenge was finding someone like Brett who knew how to customize WordPress so that the end result does not look like yet another WordPress build.

In the end, informative websites are about just two things: text and pictures. As long as both present properly into attractive content which does the intended job of informing and entertaining, all the rest of it is just window dressing. You might prefer Harrods' windows, the next guy or gal might fancy how Saks Fifth Avenue do theirs. The point is to not just stand there on the street and remain outside, nose against glass.

The point is to come in, mix and mingle, touch and try on for size – in short, partake of what is freely offered to hopefully leave with more knowledge and insight, perhaps even a chuckle and smile and that perfect purchase or at least a solid recommendation. In said spirit, we hope that you will like our new dynamic format which now also renders in secure html. True, you can no longer copy'n'paste our text. Too many have helped themselves over the years in entirely unauthorized ways. If you do mean to copy us now, you'll have to put in the work. Hand type things word by word like I have to. Unlike a fundamental redesign, that was a new feature I very much wanted.

And, I still won't surf the web on anything other than my 34" HP display. But now you can, all the way down to a smartphone. And that was the whole point of this overhaul after all. So sit back, enjoy and do let me know when you come across a glitch somewhere which warrants attention.