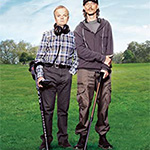 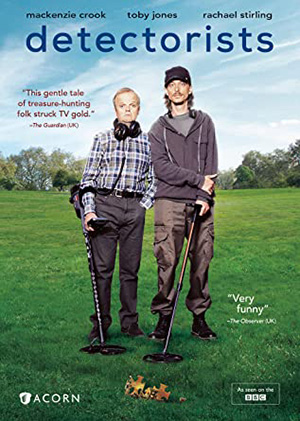 It's been a week since Munich's MOC and Marriott closed their doors to hifi visitors. PartTimeAudiophile and Stereophile continue to post their show news. TheAudioBeat have barely begun with theirs. HifiStatement's colossal reportage should be complete but might still have more to win this year's long-distance gold. Hifi Advice seem to be wrapped. Mono&Stereo's picture fests are in the bag. SoundStage completed their reportage within days of the event. darko.audio posted their final podcast on it today. Dealer Moiz Audio published numerous in-room videos. TotalDAC did one very long recording of numerous exhibits for comparison purposes. Etc.

… I personally find mass photo dumps without picture credits virtually useless. It gets worse when a publisher simply transfers the contents of a memory card to HTML software without checking on virtual dupes, blurry takes and useful sequencing just for the sake of expediency and volume.

… I personally find sonic commentary equally questionable. Best-of-show awards are the worst. Why? Such commentary is always about unknown rooms filled with a unique mix of hardware. Routinely the hot seat isn't available. Popular exhibits could be standing-room only. That seriously affects acoustics. The music played could be to one's taste or not; or have been carefully curated to play up a system's strengths whilst avoiding its limitations. Something about the exhibit could have been off which was fixed an hour or day later. Can formal reviewers suddenly review out in the wild? There are many reasons why the effort to jot down in-situ or after-the-fact 'review' comments is a bit like swatting at windmills. Including sonic commentary from distributors and dealers as I've seen done is questionable for obvious reasons. Such folks have their own ponies in the race.

… I personally find listening to YouTube videos of music being played on show systems entirely without merit. The reasons shouldn't need spelling out.

… because show-reportage compilers are invariably under significant time pressure, missing things is only natural. One's fact gathering often depends on exactly who in a given exhibit was available to chat up. Was it sales & marketing or an engineer? Was it a loosely associated friend of the firm helping out? Did one just grab a flier? One might capture a new model and its designer's name but miss that said designer actually acquired a famous old brand to revive it. That would have been the far bigger story.

I personally find those reports of most use whose compilers took their time to assimilate all collected data; who edited the mountain down to bite-sized morsels; who finished up by providing us with what John Darko called the event's helicopter view. That might point at breakout tech like Manfred Diestertich's new thin-film driver for Audio Physic; a new driver array like Monitor's Concept 50 as an inverted KEF Blade with a coax assembled of seven individual transducers; general trends good and bad; serious talent migrating like Benno Baun Meldgaard who after GamuT and Raidho now works as Gryphon's speaker designer; sightings of Purifi's extreme 6½" mid/woofer in Jern, Kroma and Wolf von Langa speakers; elite conductor metallurgy from Siltech being adopted by Gryphon; how vinyl, CD and streaming sources factored overall; how makers deal with ongoing parts shortages and price increases; and much more. Each reviewer and publisher has personal connections, interests and perspectives. Those filter a tradeshow like a detectorist sifts a beach for hidden treasures. Such detectorist reportage is the most interesting kind. It's also hardest to do. It can't possibly occur in real time. It can't even spurt sequential posts as one labors through one's notes and pix harvest. It requires wading through the entire lot first, whittling it down, weighing the whole evidence. Only then does an expert witness make their case.

Another angle on show reporting is focused on the people behind the product. It's what Ralph Werner of fairaudio prefers. Either way, these two types of reports are what the formal press can really do best. We don't necessarily take the best photos/videos; or upload them the fastest; or are most comprehensive. Our unique advantage are our experience, background insight and connections. Those are the 3D sides of a coin earned only by doing it for ten or more years on a daily basis. Show reports squeezed through then molded by that hard-earned expertise whilst leveraging personal connections to learn things otherwise not learnt are the kind I'd love to see more of. As it turns out, for that one actually needn't even attend. Any enterprising data digester with enough resourcefulness may simply canvas all published show reportage, follow separate lines of inquiry via the makers' own social media pages or websites should those update fast enough. Voila, more in-depth intel than the original compilers had to go on without the benefit of hindsight. And what is hindsight here other than simply having far more time and resources to do the job in an unhurried fashion; and from that final propeller-head overview perspective?