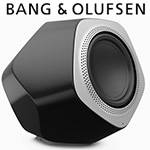 You'll have noticed a recent flurry of subwoofer-related reviews and articles. That's because personal happiness with integrating a sub into the upstairs system built desire to do the same for the bigger downstairs system. As anyone would, my fingers now did some walking. Sundry websites became store windows to shop for potential prospects. With the tags 'compact' and 'handsome' in my mental search engine, it shouldn't surprise that I eventually hit upon Bang & Olufsen. When it comes to industrial design, no audio house has as long and storied a track record as these Danes. On the audiophile side of the equation meanwhile, many call them Bose for the rich. That's an ill-disguised accusation of "they don't care about sound", "it's just lifestyle product" and "the rich have money but no audio sense". 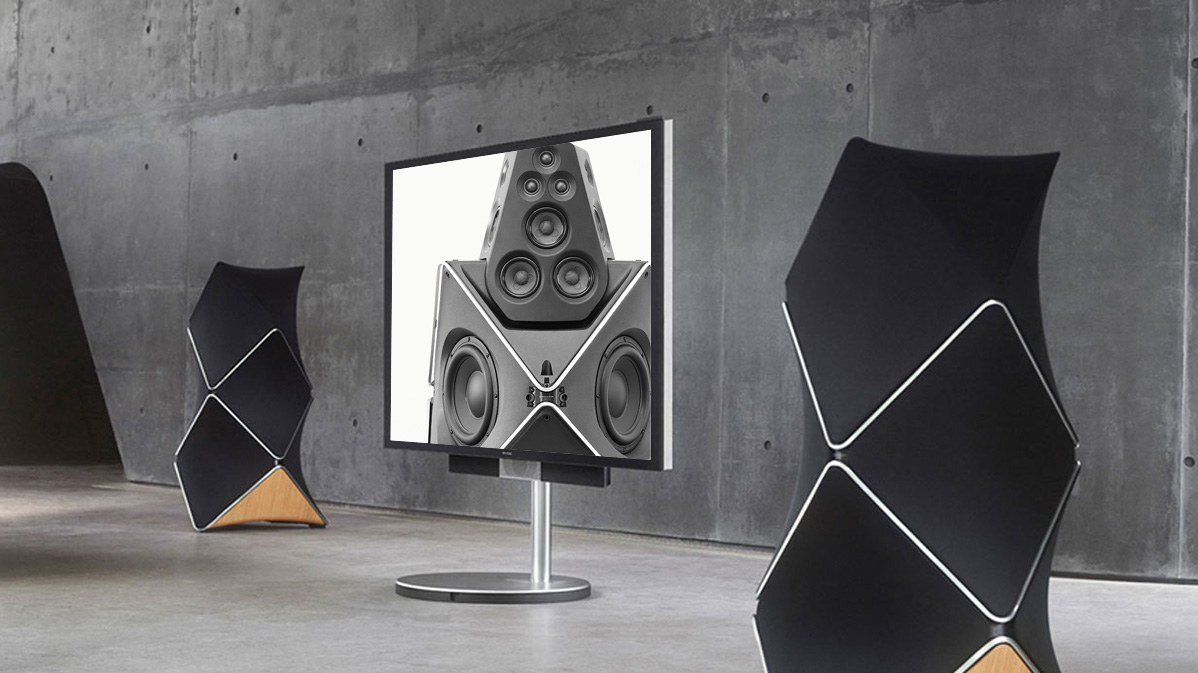 When I researched prior art for my Kii 3 review, I'd spotted an unexpected connection. "The Kii Three applies advanced digital signal processing to ubiquitous speaker issues. Lower louder bass from a smaller box by going active? Check. That's actually the standard for recording studio monitors. It explains the Three's AES/EBU port (S/PDIF needs an adaptor) as well as tiny trim pots. Digital filters for higher precision in the time domain? Check; but a lot more than that. DSP for linearity control? Check. DSP for user adjustments to bass gain and EQ contour? Check. 'Excess' drivers in multiple directions fronting potent mono amps to manipulate desired dispersion? Check. Here the Kii goes beyond most active predecessors even if with its 18 drivers, 8'200 watts of built-in active drive and smartphone control app, the B&O Beolab 90 [above] does something conceptually related if scaled up. For many its cosmetics will be problematic, its €70'000 tag still more so. More relevant to this discussion, Bang & Olufsen are a corporate giant with concomitant engineering and fiscal resources. Kii Audio are five guys in a small workshop. Yet they've managed to tackle the same core issues, then arrived at a far smaller actual and aesthetic footprint and brought it in for 1/7th the coin…" 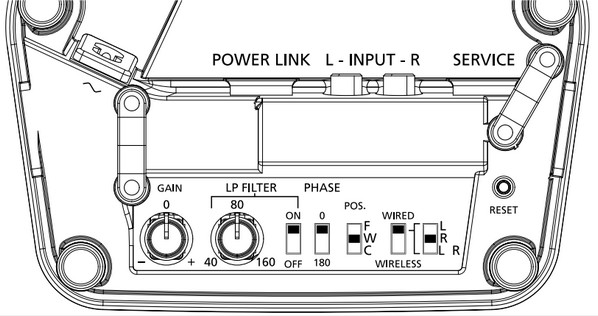 Where team Kii have garnered global plaudits for their engineering, very few in our community accord B&O the same respect even though they covered the same ground and sooner. In a very specific way, Bang & Olufsen with their exclusive shops—when we lived in Switzerland, they had stores in our small town of Vevey, in Lausanne and in Geneva so three within an hour's drive—can't win with audiophiles. Having sold the brand when I still worked in hifi retail in the Northern Bay area, I have a different history. Though I didn't care for their skinny speaker poles, I thought their electronics and general engineering ace. Such mental parallelism, of advanced technical prowess versus audiophile disdain, now resurfaced when I logged onto B&O's website to check on their current subwoofer status

Their balanced-force 2×8" Beolab 19 has got to be the prettiest/handsomest compact sub in the known universe. Yet when it comes to hard specs, its product page is unusually sparse. B&O's target audience clearly needn't know things like -3dB bandwidth at a given SPL or see actual socketry. For that, one first downloads a PDF since none of the photos show it. For specs, one gets "recommended for 60m²" and "bass capability of 98dB SPL". Of course selling through bespoke stores with hopefully trained staff, the retail experience prior to the pandemic was a hands-on demonstration. Who needed specs then?

As the PDF clarifies, the Beolab 19 will work with non B&O kit even though it was obviously designed to be part of Bang & Olufsen's A/V culture where televisions perform signal routing, channel assignments, filter functions and more all via convenient 24/96 Wisa protocol. And, superb looks certainly don't come cheap. This Danish beauty demands €2'500 when competing audiophile subs from B&W, KEF and Paradigm remain at €1'500 or less. Here burrow deep roots for "the rich have no audio sense" as though being happy to pay extra for the world's best industrial audio design equates to being stupid just because similar or superior sonic performance can be had elsewhere for a lot less. Aren't looks and finish quality part of the performance equation? Here burrow deep roots of "just lifestyle product" because, obviously, any firm who runs an advanced aluminium factory to spend long green on sleek design and flawless finishing won't care about how it sounds and performs. In short, B&O just can't find love with audiophiles. But could not those same audiophiles at least secretly admit to curiosity over how a Beolab 19 will perform in their music systems? Their better halves might actually let them keep it.

I promise I won't rat you out to your audiophile pals if you were curious. I certainly am.