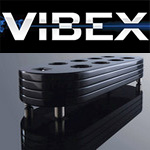 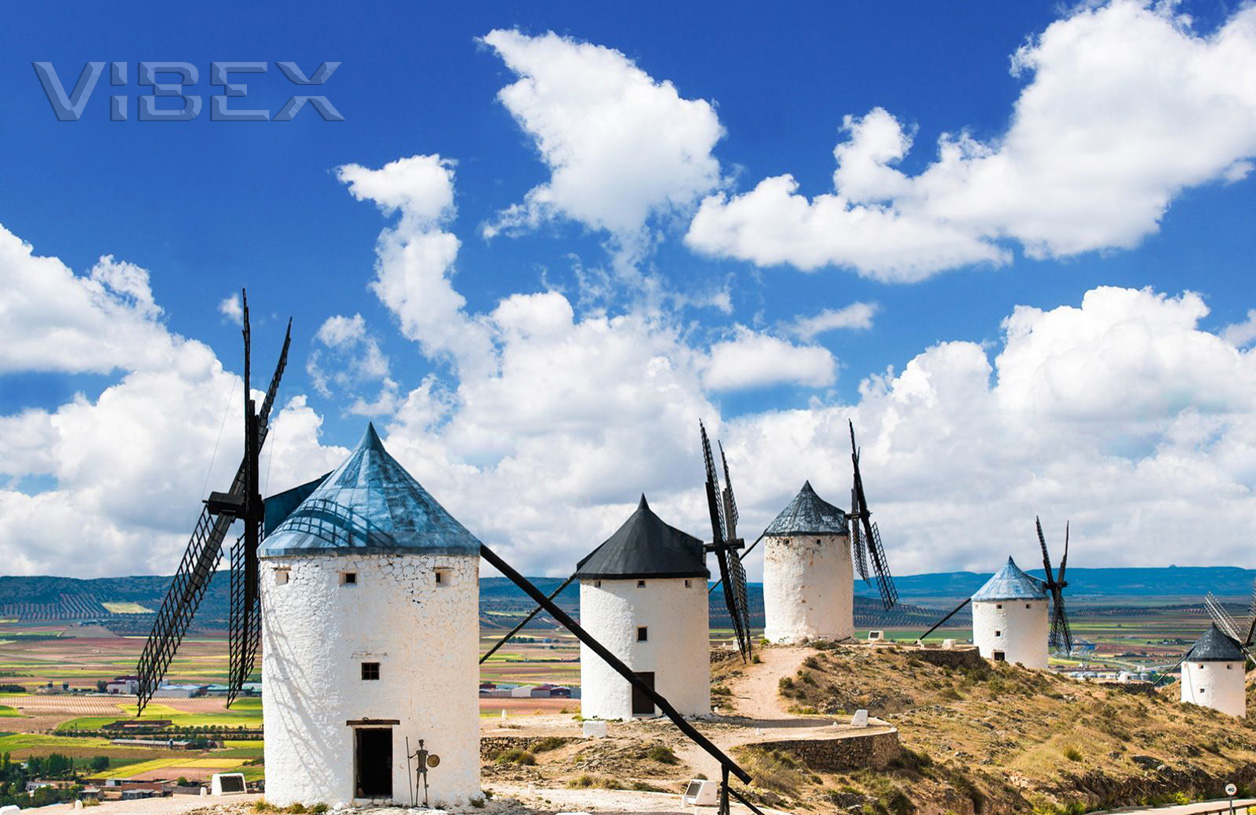 It's British expat Cliff Orman's latest from his chosen Spanish home in Ciudad Real. His input is also visible in speaker brand Kroma Audio. That is run by his friends Miguel Castro and Javier Milan in Granada. They had heard the tiny Kiso Acoustics speakers which Cliff imports through his Cosmos Hifi house. Of course they substituted Kiso's deliberately resonant tone wood with Cliff's favoured Krion. That is Porcelanosa's answer to DuPont's Corian and to LG Hausys' Hi Macs which just turned up in an upscale version of Valencia speaker house Sotto Voce and their Stereo 3.

Cliff hangers? What about those picturesque windmills in Ciudad Real? The knight next to the entrance explains them. How about the musical version?

Like a circle in a spiral, like a wheel within a wheel, never ending or beginning on an ever spinning wheel;
like a snowball down a mountain or a carnival balloon, like a carousel that's turning, running rings around the moon;
like a clock who's hands are sweeping past the minutes of its face, and the world is like an apple whirling silently in space;
like the circles that you find in the windmills of your mind.
Like a tunnel that you follow to a tunnel of its own, down a hollow to a cavern where the sun has never shown,
like a door that keeps revolving In a half a garden dream, all the ripples from the pebble someone tosses in a stream…

Fighting noise on the AC line isn't a Quixotic enterprise at all. Fighting it for DC on both hot and return does get more unusual but turns out to be unusually effective. With his Vibex Granada/Alhambra combination—Vibex was first recommended to me by Nagra's resourceful sales manager Matthieu Latour who explained that their kit had allowed their lab technicians to take better thus more consistent measurements to design superior equipment—Cliff had already run rings around the moons of our personal hifi installations for many long years. If he had improved his prior best… well, I'd be after it like that snowball down a mountain to chase away whatever ripples from a pebble tossed into our AC stream remained.

Seriously, I'd not gone after power conditioning assignments because our Vibex stuff had shown all comers a clean set of heels and I hate cleaning up blood spills. With my review request received and accepted, I'd just have to wait 4 weeks for a loaner with US sockets to become available. "It has taken a long while to get the US sockets sounding the way I want them to. Now they sound better than the Schuko versions." We're reminded that all outlets sound different; that folks like Cliff go through the trouble of evaluating them all, then modify the best to make them even better for a given tuning.