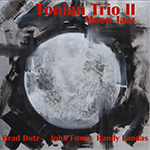 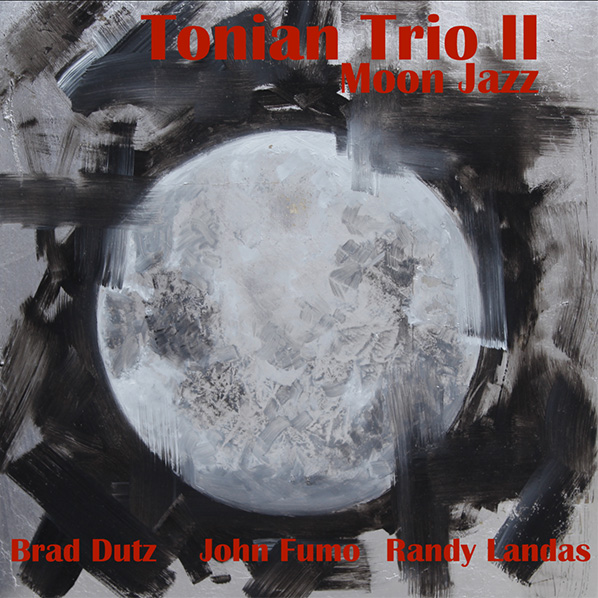 Moon Jazz. It's a most fitting title for any CD reviewed in these pages. With it Tony Minasian returns to behind the purist recording console, giving us his third 16-bit 44.1kHz high-resolution effort after Hang Around and Comparing Sticks.

If you thought you'd spotted an error—high resolution mentioned in the same breath as Redbook specs—ye spotted in error; like believing spotted dick to be a sexually transmitted disease, not suet pudding. With his modified recording equipment then refusal to indulge the usual mastering games, Tony captures the full dynamic range which his three acoustic players here on trumpet, double bass and percussion coax from their instruments.

As with Minasian's earlier two productions, it once again shows how CD resolution is perfectly capable of giving us thrillingly life-like sound if the man in charge knows how to and isn't contractually obligated to pander to commercialism; or tasked to polish turds.

On Moon Jazz, the tonal verity of the players is astonishing. Being fed with this much of a head start over the usual productions, even a modest system shines brightly. Particularly sundry bells, triangles, cymbals and the power of hand drums should be quite startling but likewise for the uncut trumpet. Once one scales up to a minimalist but luxo rig like our Soundaware D300Ref SD card transport with latest firmware feeding a Denafrips Terminator discrete R2R converter into Bakoon's ultra-wideband DC-coupled AMP-12R with true variable gain driving Cube Audio's 10-inch Nenuphar widebander without any filter parts, the word verity spells out in capital letters.

That's not about any absolute-truth silliness. After all, none of us were at the recording sessions to know. It's about no more than our nervous system buying it wholesale; giving up interpolating, wishing for more, overlooking obvious shortcomings, making excuses for the hardware, settling, not being at one with the music as is.

It's that peculiar startle factor when something in our bodies feels alarmed in a good way. Our frontal lobes know perfectly well that we're hearing a recording. We spun it up, we hit 'play'. Who are we kidding? Even our eyes tell us that nobody is there. Yet something inside of us buys into the illusion more fully than usual. And that creates a strange but exhilarating frisson. Particularly when blown into a mute, a trumpet hits very high harmonics to give it that particular rusty slightly warbling or watery flavor as we here get on "Torque" and "The Turn".

Meanwhile the walking bass underneath is wiry yet rotund, heavy but without overhang; and the percussion as direct as a razor blade scratching over skin looking for a hair stubble. Where at least for my tastes Moon Jazz exceeds Tony's precursors is on musical merit. This isn't just a sonically brilliant effort. Musically too it's something I'll spin up again and again. And in the realm of 'audiophile' productions, that's far from a given at least for my ears. For every M.A., Waterlily, trptk & Co. recording I also enjoy for its music not just sonics, there are at least five I don't. Tonian Trio II is one I very much do. Which makes it most excellent double trouble to stir up your system and your six moons –  senses. Here's to Mister Minasian. Keep this winning recipe going!