Its compatibility with the sonic character of a given loudspeaker was obvious when I listened to the latest Rodrigo y Gabriela called Mettavolution. I've listened to this ever since it was released simply because it is excellent. One of the amazing tracks is Pink Floyd's "Echos" played with just two acoustic guitars. Over the Ubiq, the guitars had a lot of body so their sound boxes played a significant role in deepening the sound by adding extra support for the strings. With the Mach4 on the other hand, the accent shifted by a limited but noticeable extent to more on the strings. It made the same performance seem more dynamic and fast. I perceived the difference between both presentations as almost two different interpretations. It was not a matter of one being (more) correct or better. They were different but equally interesting, engaging and highly enjoyable. Such a perception of two versions included very natural guitar timbres either way and the ability to properly convey the mad skills of both musicians. The percussive tenor of Gabriela and Rodrigo's fast solos was incredible. Importantly, there was perfect harmony between their instruments and the performance had natural flow and directness. 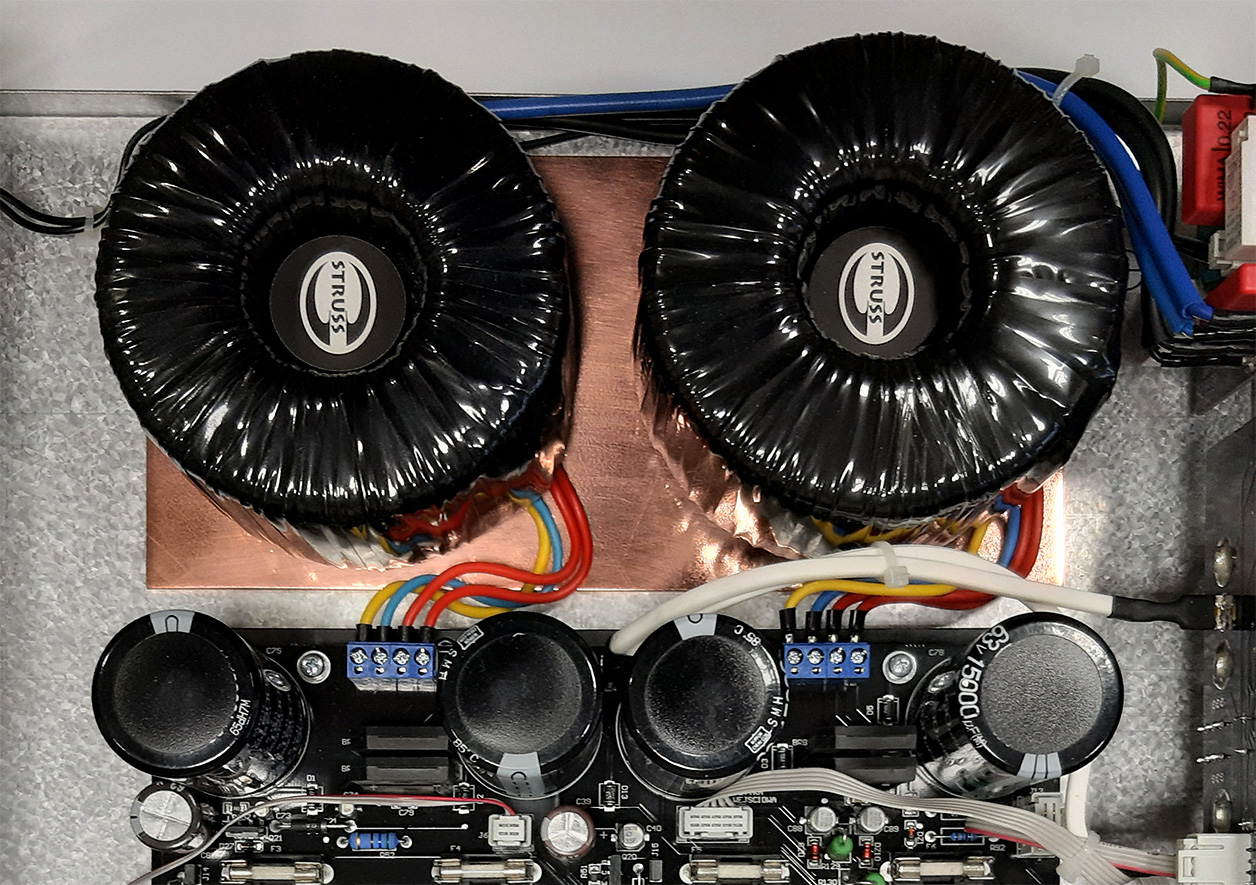 I had similar impressions listening to the Ray Brown Trio album. The double bass sounded a bit different depending on the loudspeakers but each time the DM-250 made sure that it was the music which played the key role, which accurately presented the wonderful sonority of this big instrument, its power and weight. I heard this with both speakers although the Ubiq had the instrument's carcass seem a bit bigger while the Grandinote emphasized faster strings. Either way, the presentation was a bit on the warm rich side but just a tiny deviation from what one calls neutral though still very clean, precise and, let me stress it as it personally is very important, open. In my experience this is a rare combination usually reserved for far more expensive devices, so another plus for the Struss. 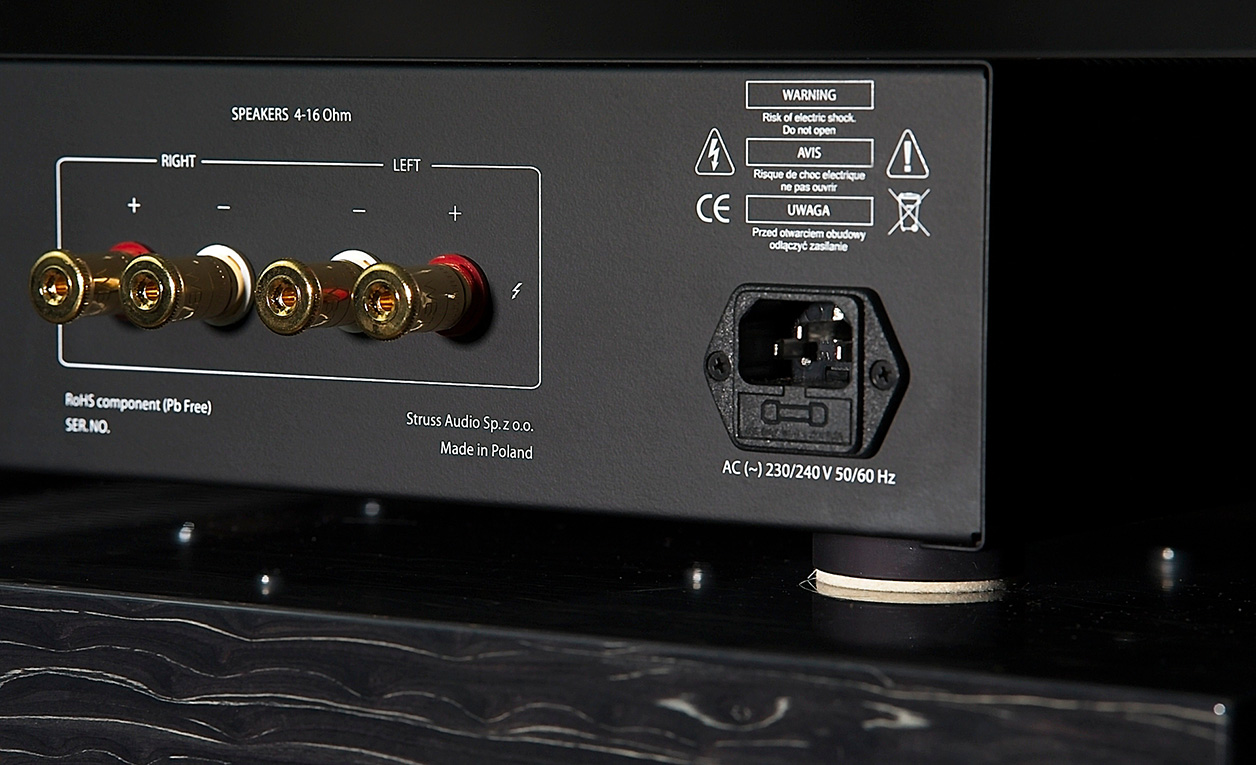 Regardless of speakers, two aspects impressed me each time. First off, the DM-250 was one of the most spacious transistor amps I'd ever listened to. It presented large tangible images placed precisely on a large soundstage. Lateral scale was particularly impressive but I had no complaints on depth either. The style favored the foreground which is how it works in concerts too. Instruments closer to the listeners appear bigger, more tangible and powerful. Those in the back are smaller so the attention is focused more on the former. That quality made the Struss sound more not less realistic.

The second feature I rarely compliment solid-state amplifiers on was the full-bodied color-rich and resolved midband. It was this which allowed the DM-250 to play both acoustic instruments and electric guitars in such convincing fashion. Even if at first glance it's the subtly smooth but very resonant and strong treble and powerful but meaty, fast yet slightly round bass which are the dominant elements of the presentation, it was actually the midrange that ultimately impressed the most. It allowed for guitar riffs to sound powerful and feisty, with the right amount of energy, even some sharpness when needed but at the same time being well differentiated and never overtly aggressive. Trumpet or saxophone could slightly pierce as is their nature but timbre, texture and breath rendered very well too to sound natural and convincing. 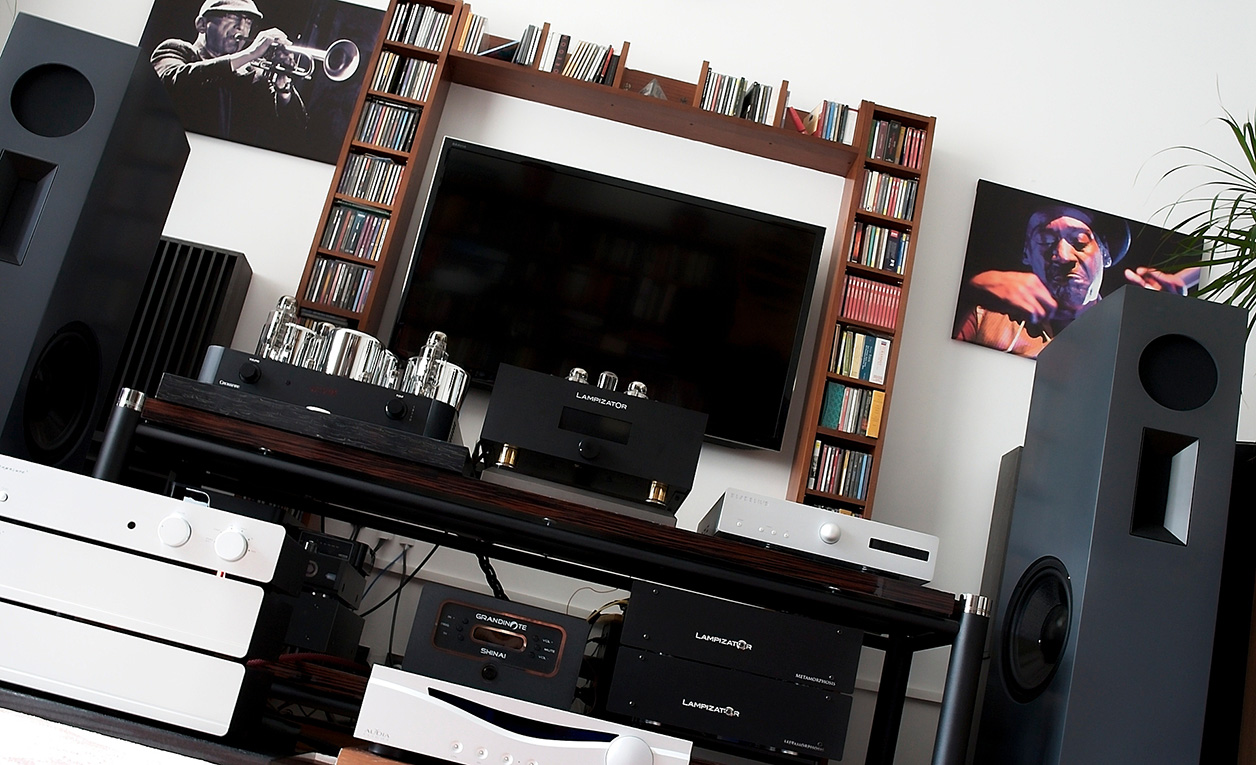 I think that the quality of vocals is worth a separate paragraph. Here nothing in my opinion matches the 45 direct-heated triode even if the 300B or 2A3 in certain applications can approach them. The Struss couldn't quite match them either but still outperformed most transistors and even some tube amplifiers on vocals. It was truly surprising to hear how refined, compelling and expressive the performances of many extraordinary vocalists were over the DM-250. I caught myself many times holding my breath so as to not disturb my beloved Leontyne Price as Bizet's Carmen. Obviously the huge momentum and dynamics of the Vienna Philharmonics under Karajan played their role too. But it were Price, Freni, Corelli and Merill so faithfully presented on timbre, texture and emotions of their unique interpretations of the roles they played which made this musical experience quite unique. It was one of a kind despite the fact that I'd listened to this opera many times on dozens of systems, including many far more expensive.