Gremlins. My iMac's USB hit the twilight zone. Regardless of Audirvana or PureMusic, our Denafrips DAC wouldn't lock to native 44.1kHz signal when the JAVS clock generator sat at x 1 or x 2. At x 4, the Terminator's corresponding LED lit up to confirm signal. Except now I had stutter: one second of sound followed by a break followed by another second of sound of clear buffer issues. Changing buffer size in the software players made no difference. Stranger still, when either player's 64-bit based upsampler sat at max power of two—both programs correctly called that 352.8kHz—I had perfect sound. This was so despite my AES/EBU connection to the DAC being incapable of rates beyond 192kHz. Whilst that worked, I didn't proceed. Nothing else worked properly. In my install, JAVS + OSX were no happy mates. My Windows sessions into a non JAVS DAC had come off beautifully. Clearly Soundcat's hardware was fine and their firmware perfectly fluent in discontinued Win7. I informed my contact Gunhee to request tech support, then moved into our video system to explore 48kHz-based sample rates. 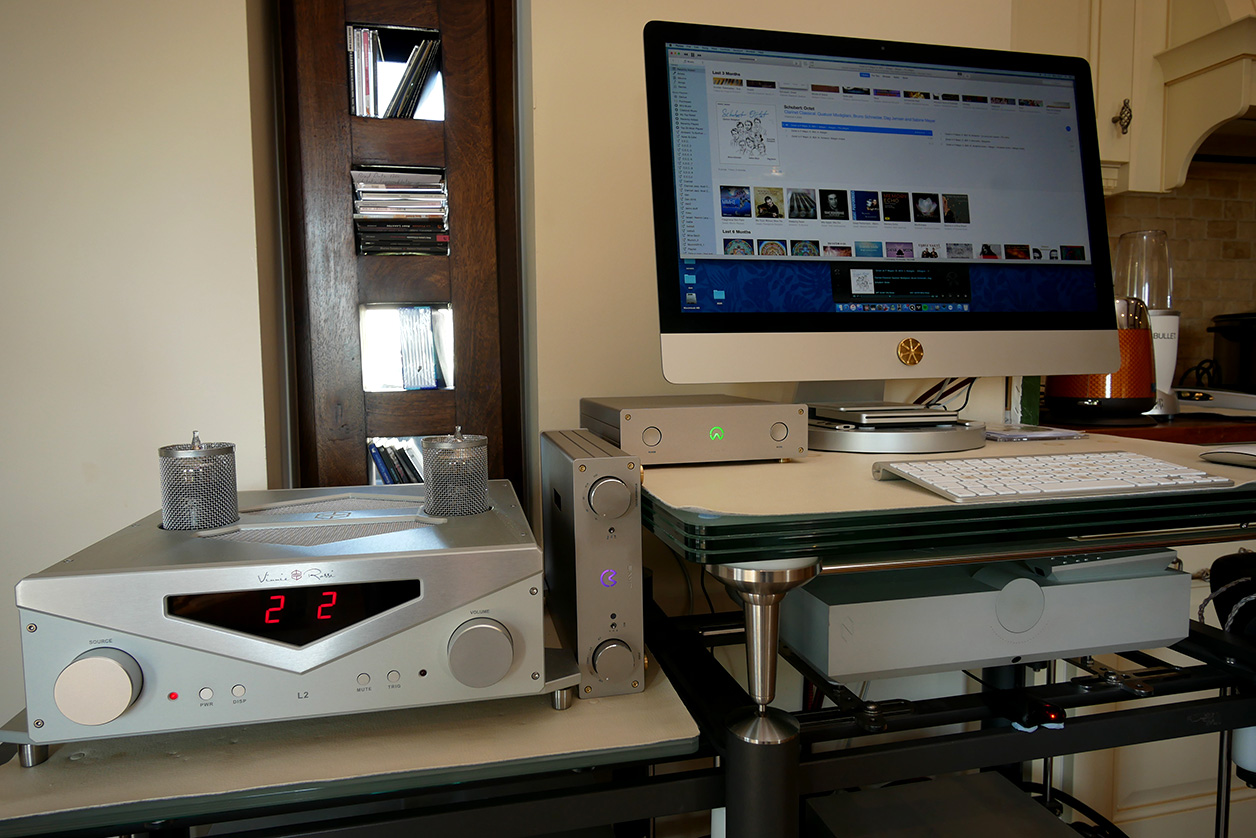 As expected, that went off without any hiccup. Our Kinki Studio Vision DAC-1's display instantly responded to x 1 = 48kHz, x 2 = 96kHz and x 4 = 192kHz clock rate changes and I had sound either way.

This is a very simple rig. It ends in a small Simon Audio i5 integrated which drives a pair of older German Physiks HRS-120. It starts out with an Oppo BDP-105. Its coaxial output now met the X7-DDC whose AES/EBU output fed the DAC. In the headphone system, a 7-year old Auralic had enjoyed a stem-cell cure from a superior signal. Now the affordable Kinki DAC with its AK4495 chip responded in all the same now very familiar and obvious ways. This segues into quantifying such improvements. First we remember that overall system resolution determines how deep of an imprint any smaller change makes. Two/too, there's listening sophistication. How much do we notice? How much do we care about slightly better focus, soundstage specificity, contrast ratio and natural flow? 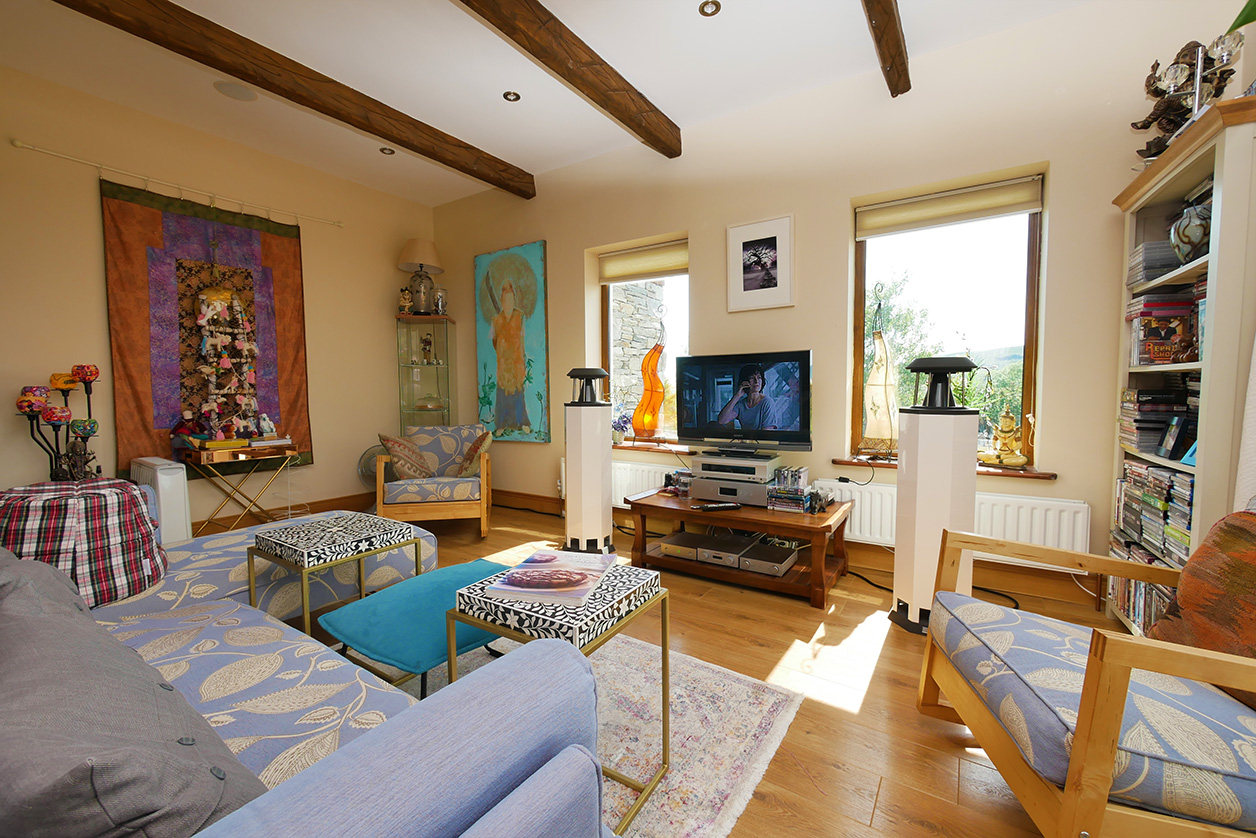 A DDC expects already refined systems/listeners where its influence is noted and appreciated. It'll matter particularly to owners of older D/A converters who consider their replacement. We know that even a premium DAC like our Terminator which replaced/improved a twice+ costlier competitor still benefits. You could be better off adding today's X7-DDC Femto to the DAC you already have. You'll save coin and could pull even with your dream DAC, perhaps eclipse it. This upgrade path presupposes that you're happy with your pre/power or integrated plus speaker combo; that you suspect your DAC to be the weakest link. Adding an X7-DDC will improve it. What's more, should DAC lust recur at a much later date, whatever you will get will still benefit from the JAVS. It won't become redundant. With our Auralic Vega and Kinki converters, the improvement was really significant. 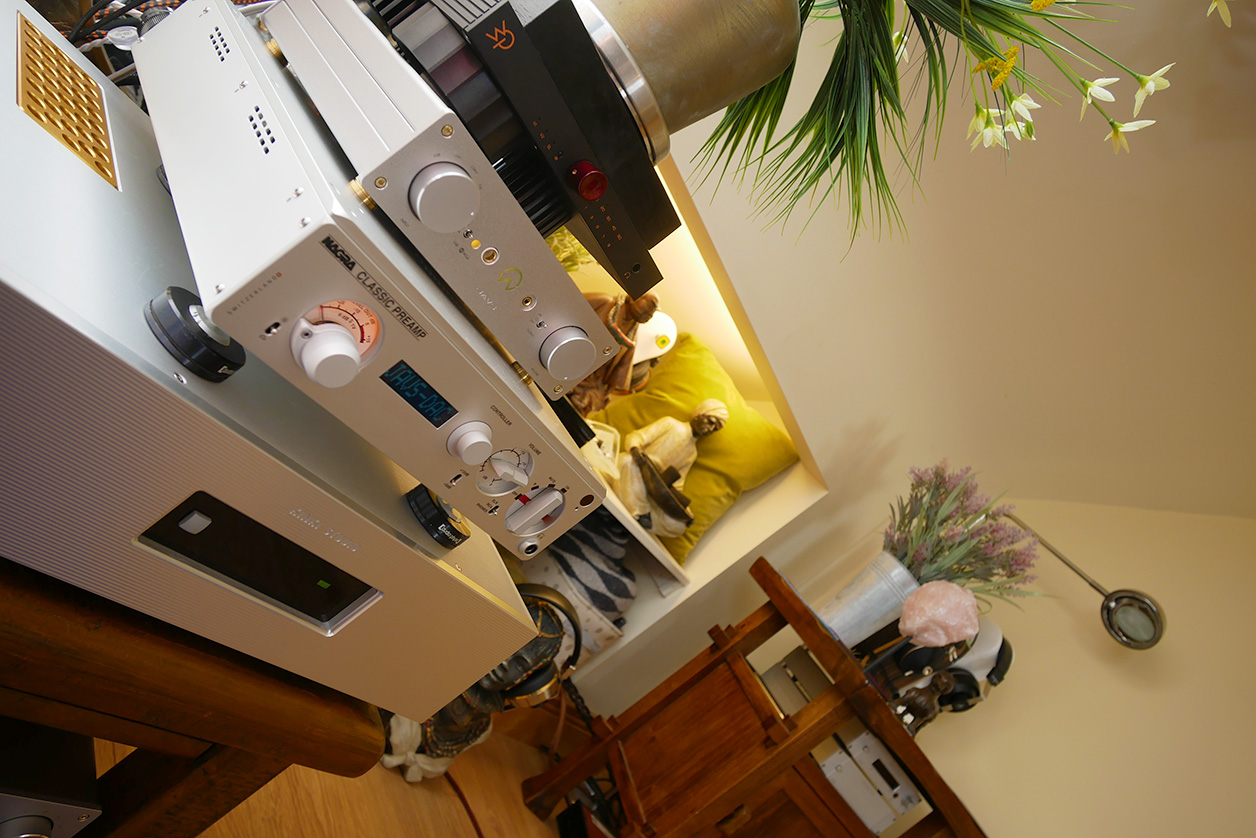 If we call the DAC juncture of a system 15% of all variables, I'd give the DDC an easy 30% out of that. Perhaps 20% applied to our COS H-1 and Kinki DAC-1 in systems of lower resolution. Into the JAVS companion DAC once more in a highly resolving context, I'd call it 30%. Add another 40% for pimping out the DAC with the external PSU; perhaps 20% for putting it on the DDC instead.