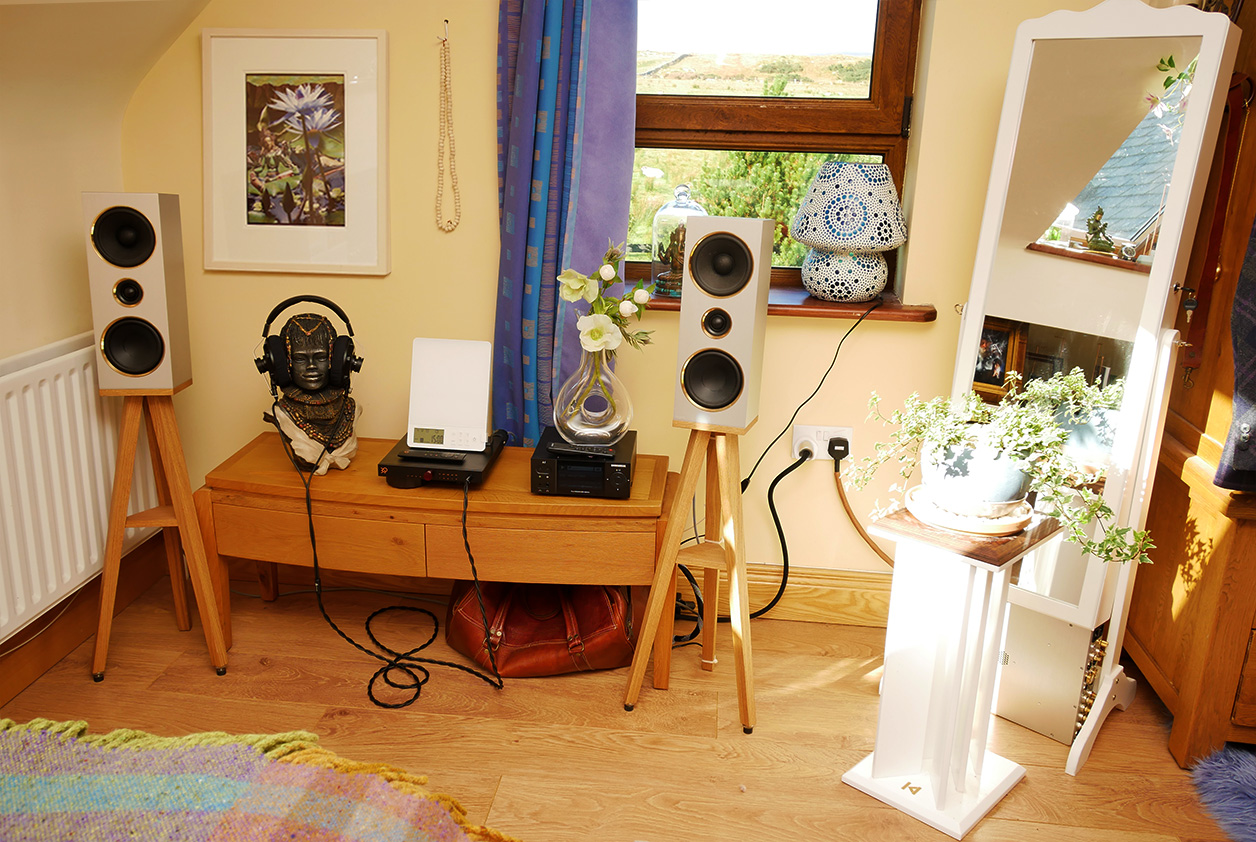 Over in the main system which just then hosted Alain Pratali's Aurai Audio M5 monitors in Hermès orange, the A1Pro replaced our usual D100Pro as transport into our Denafrips Terminator driving a Crayon CFA-1.2 integrated. Now you see why I said that our upstairs systems love Soundaware's SD card transports. Without Wifi or any computers, a big library of tunes on a 256GB card travels from one stop to the next with zero fuss and easy access by remote control. Magnetic data capture without moving parts and a very basic OS eliminates both the costly optimizations of high-quality optical CD readers and the far more complex operating systems of full-blown computers. Reading an SD card and outputting its data coaxially requires zero mechanical finesse nor much software code. Our friends Simple and Affordable do this job perfectly and reliably year in, year out. Running an SD card through a computer's USB port is not the same. Hello PC switch-mode power supply, hello fat Windows or OSX installl with their massively paralleled processing, hello USB tree and all of their attendant noise. 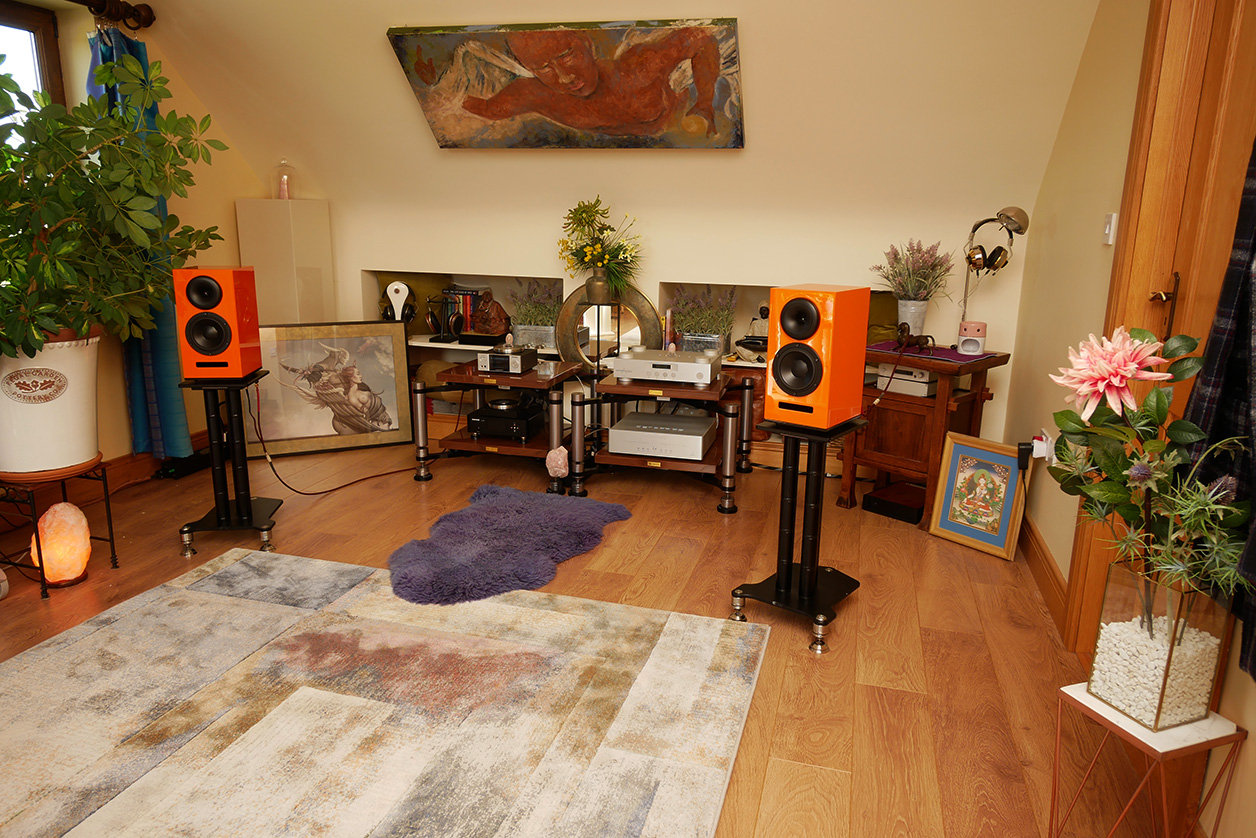 In the above system, I compared the A1X, A1Pro and D100Pro as pure transports into our Denafrips Terminator DAC. As you'd expect, in this use X and Pro were identical. The D100Pro without built-in DAC but superior clock had a bit more refinement and sweetness. In the context of likely hardware mates however, in these leagues a pure transport shopper will focus on Soundaware's A1X. There's zero incentive to spend more. That's if you already own a DAC. If you don't, use what's built in. Here we avoid the glaringly obvious—that the Terminator performed in a rather different class—and consider these half-width machines on their own merit. All I'll say is that being voiced with the Denafrips and a DC-coupled fast amp, this system now veered into steelier drier undertones particularly on the many violin concertos which Soundaware had included on their 16GB cards.

Because our Crayon integrated has no balanced inputs, it hopped off the shelf, Simon Audio's €2'495 50wpc i5 integrated onto it. Now equivalent RCA/XLR cables connected X and Pro to that. Both again ran the same cards for sync'd content. The Korean toggled between their output stages and remembered volume settings for each until sheep skins turned purple.

The displays of the smaller Soundaware boxes wers set to 50%, that of the bigger one was at full brightness to show the difference.