"No matter which speaker gets your vote—price and looks will factor as they always do—you'll end up with visually unobtrusive boxes that image like mini monitors but add fully mature low-down reach without placement fits. You'll benefit from the type bass control which only comes from active drive. Stilla and Stereo 3 play to contemporary design which demands that high-performance speakers look good and take up the smallest possible real estate to do the job. That's because to most 21st century denizens, coffins really belong in the cemetery not living room, refrigerators in the kitchen." 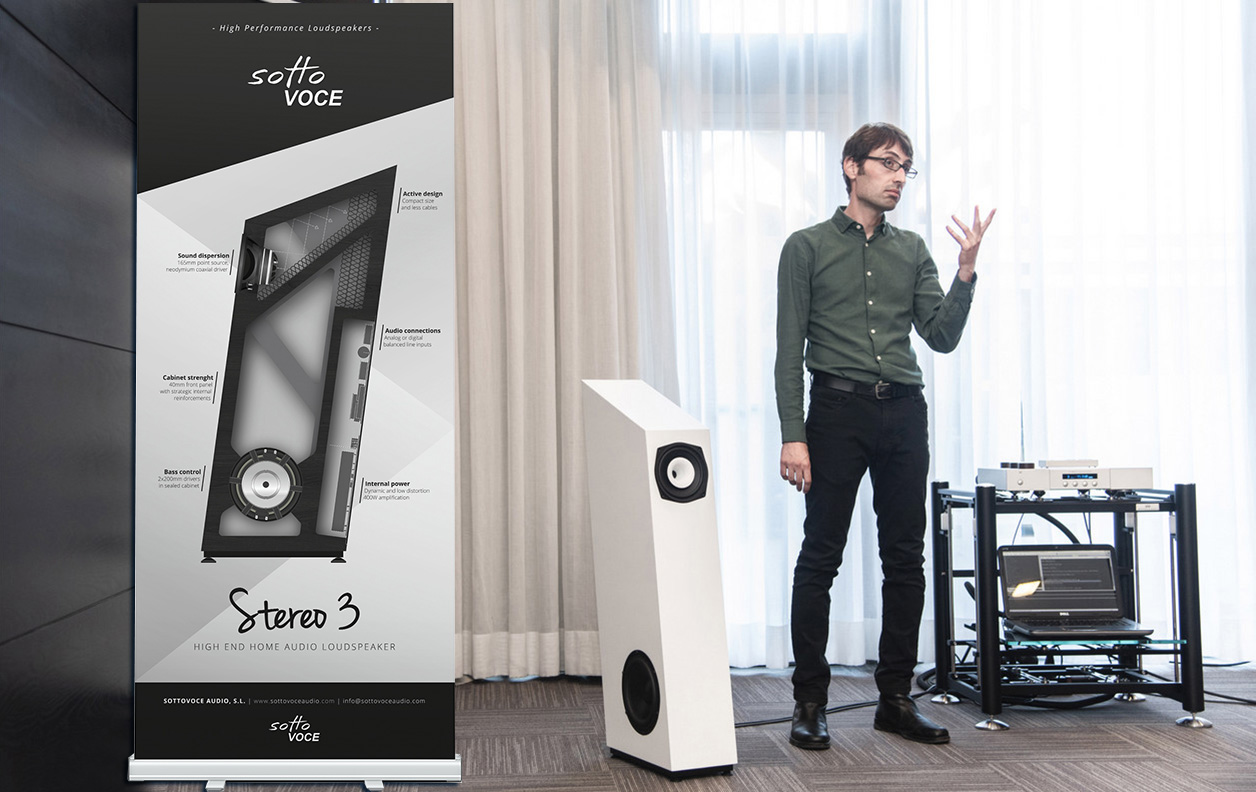 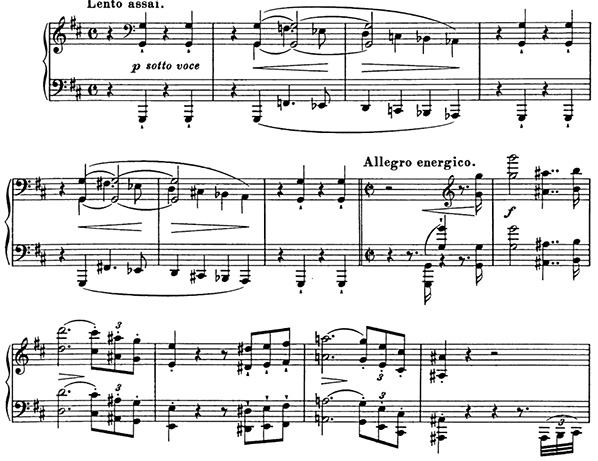 To that repurposed intro we add that sotto voce is a classical music notation. It instructs its musician/s to play a certain phrase "under the voice", i.e. very softly like an accompaniment.

It doesn't seem far-fetched that Jorge Mata Falcón, urban architect, named his speaker company as he did because his products want to remain an accompaniment to the music thus tread very softly on visual impact. That attitude opposes the bigger-is-better ethos which is so popular among affluent audiophiles particularly in the Far East.

Jorge's Stereo 3 is a speaker by a millennial for millennials. It exploits contemporary amplifier and DSP tech with clean contemporary styling to be at home in an inner-city flat with a minimum of fuss.

Technically, the 165mm neodymium-powered coax covers 7 octaves which then hand over at 110Hz via active 4th-order filter to the two 20cm/7.8" fiberglass woofers. The 40mm compression tweeter inside the horn throat decouples at 3kHz on a passive 4th-order slope. 400 watts of power each channel.

Half-space response at -6dB is specified as 33Hz to 20kHz; perfectly sufficient as Rolls-Royce would put it with that very cultivated seemingly bored British understatement.

Standard dress options are 1mm thin but solid skins of black or white Krion over MDF up to 40mm thick. So the finish is Porcelanosa's synthetic kitchen-counter stone as Spain's answer to America's Corian from DuPont or Korea's HiMacs. Globe-trotting audiophiles might flash on Granada's Kroma Audio. Their cabinets are simply pure Krion sans Sottovoce's thick MDF undergarment. Relative to my framing of Æquo and Sotto Voce, Stilla in its thermo-formed stone curve gets €6'000 more. That makes  Stereo 3 the easier reach yet €12'000 are still more than many people spend on a used car. Today's proposition thus requires a considerable commitment to the hobby. It simply includes all necessary amplification. But you could potentially need long power cords depending on where, relative to the final speaker position, your closest wall outlets happen to be. 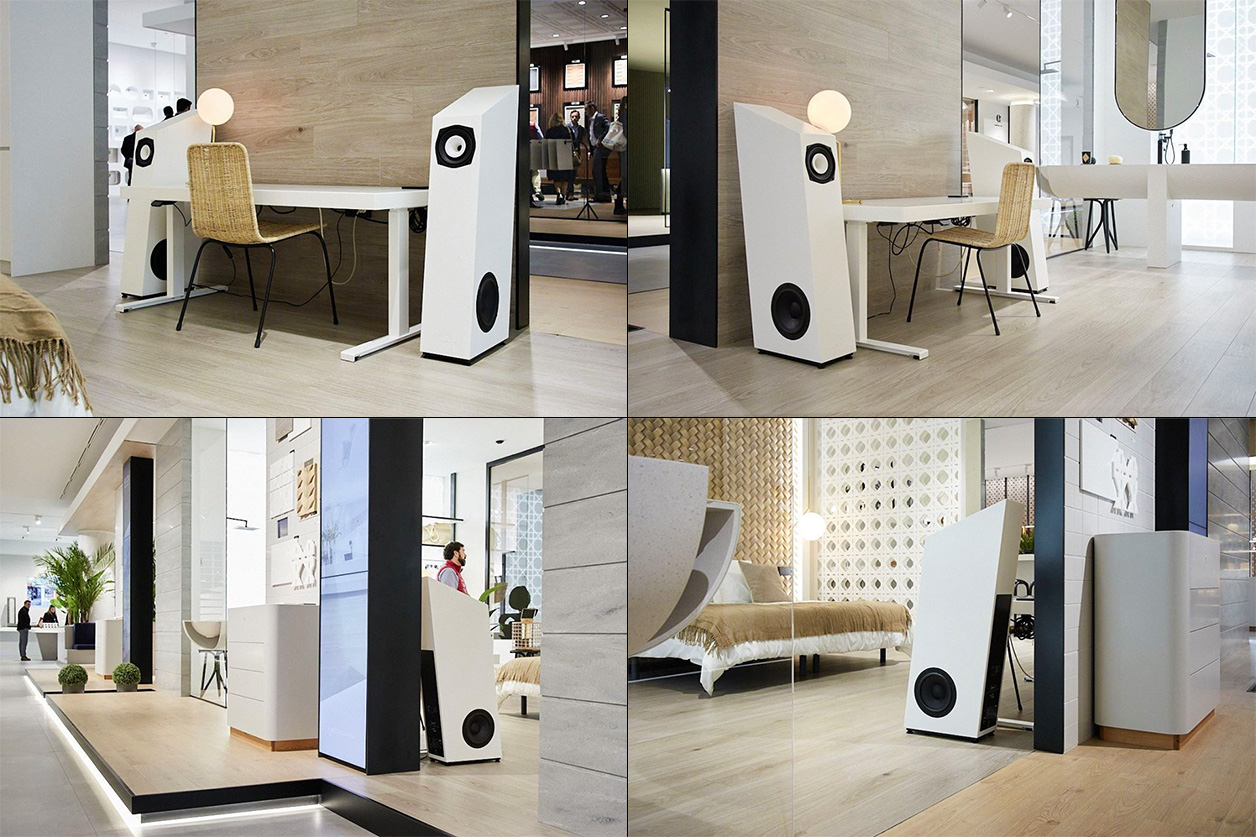 As to the drivers and electronics, "we don't talk about our parts vendors because we don't want our brand associated with other brands. We always choose components for their quality and performance not name even if all of them come from well-known reliable sources. While we used Hypex UcD modules in some custom projects where they did a great job, our Stereo 3 does not use them." If you just must know, unbolt a terminal plate and take a look. I had to promise I wouldn't. My traveling sampler pair had been on the road for more than a year so was perfectly broken in. Unlike current production's composite skins, it had the original paint finish but otherwise was identical. Or so I thought. 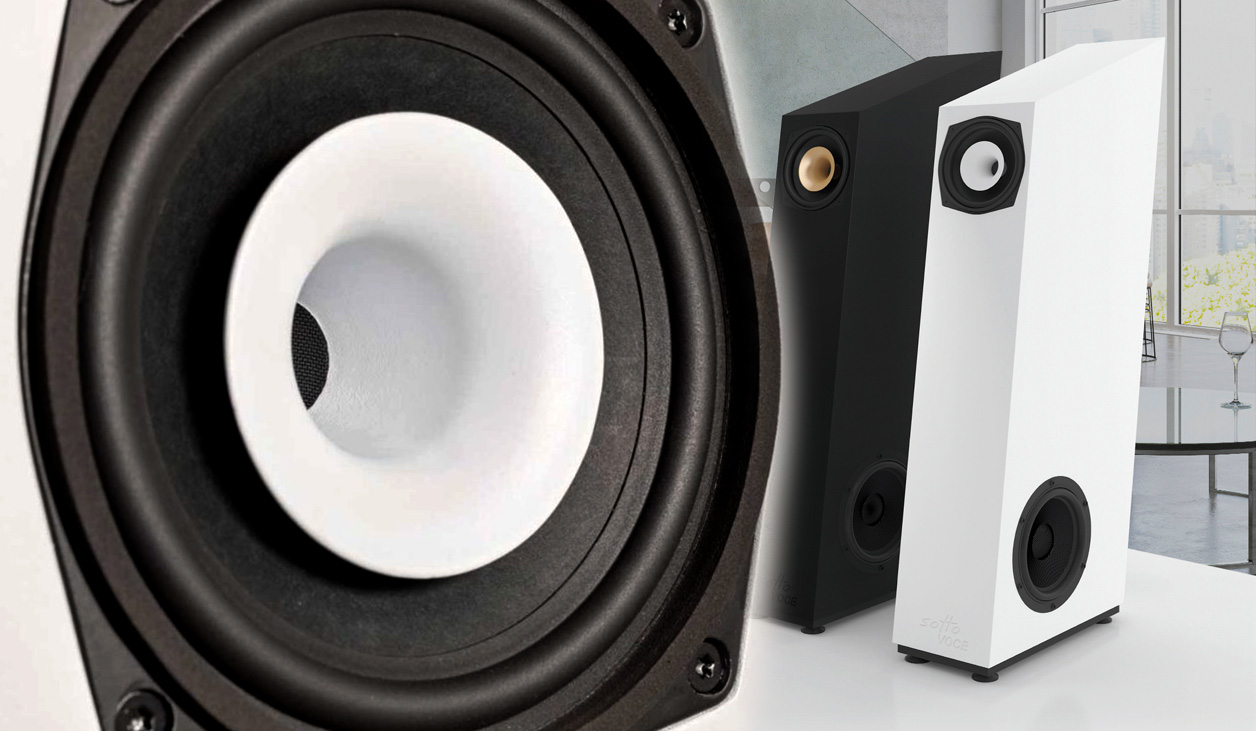 When Jorge emailed shipping confirmation, it announced a euro pallet worth 130kg. With 20kg going to the raw pallet, that left 55kg per speaker crate.