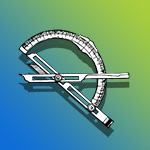 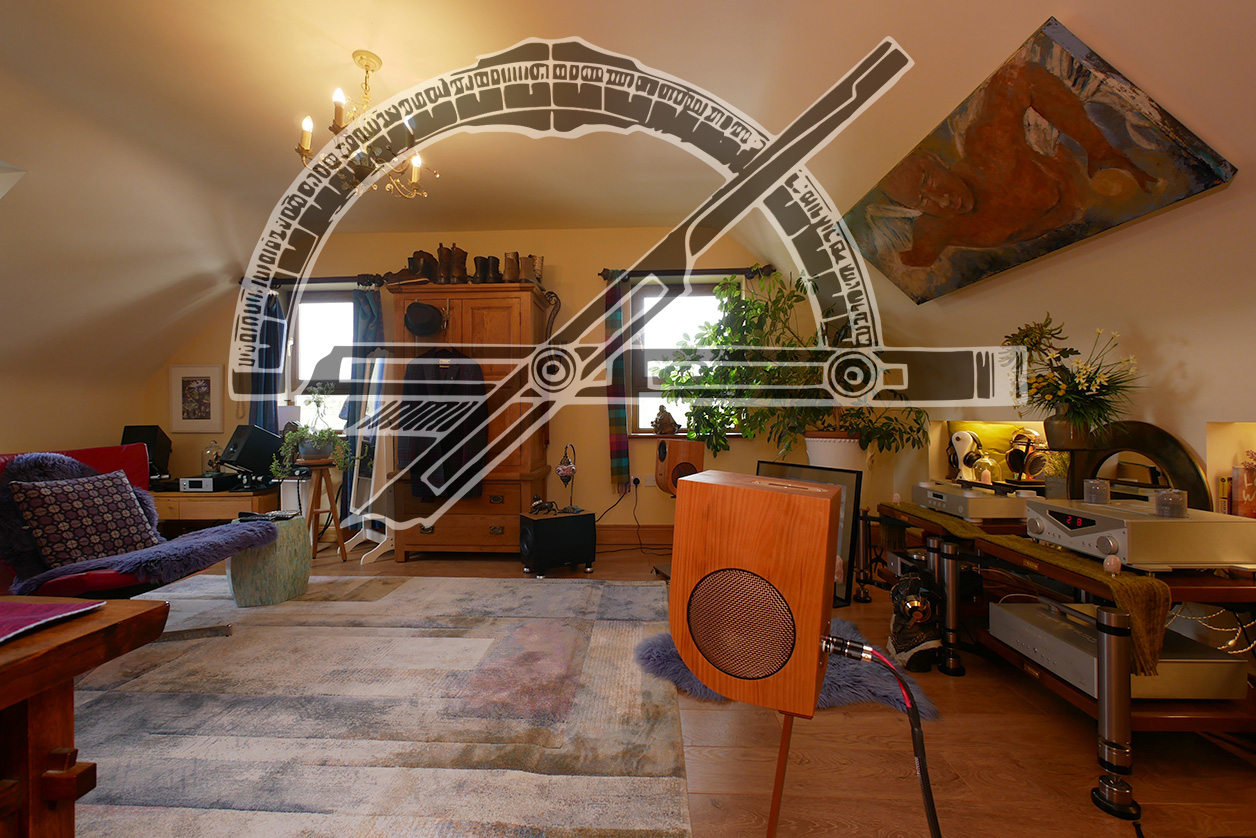 Six degrees of separation. This theory states that any person on Earth could meet anyone else with a maximum of six mutual connections apart, be it via acquaintances, friends or family members. I suck at math. Maybe it's true. Maybe it's not. What I do know to be true has to do with a recent 45°. After adding Dynaudio's S18 subwoofer to our upstairs system, it ended up 86cm in front of the speakers to compensate for its 2.5ms of DSP latency. With a 40Hz hi/lo-pass frequency, sitting slightly outside the left speaker posed no directionality issues. Because of Pál Nagy's 4th-order active filter in our icOn 4Pro SE autoformer passive, I enjoyed phase consistency at the crossover point. With the sub's volume in the correct position, I had a seamless blend… save for the occasional exception. That was about shock-wave precedence. One of the sub's woofers fired straight at the seat [above]. That duplicated the monitor's equivalent toe-in. But their opposed woofers fire sideways. Hello? Penny drop? Anybody home?

One fine morning, someone finally was; in. Clunk. I remembered the diff between front/downfire subs. Full frontal creates a keener shockwave. It propels straight at the listener. Downward must first reflect off the floor then the sidewalls and front wall before the majority of the signal arrives at the ear. That makes for transient textures which are less direct, less impulsive and just a bit more ambiguous and soft. My Swiss monitors aim their woofers at the sidewalls. For best continuity, shouldn't I do the same with the sub? I rotated it ~45° to make it so [below]. Now that final textural otherness disappeared, of the occasionally striated low beats creating a small sense of transient directionality which differed from the bass the monitors made. Now I truly couldn't hear the S18 as a separate entity. Nothing so grandiose as Armstrong's famous quote—one small step for man, one giant leap for mankind—for me advancing from six degrees of separation to 45° of unity still was a nice step forward. It was a perfect personal moon landing. Only five more to go. 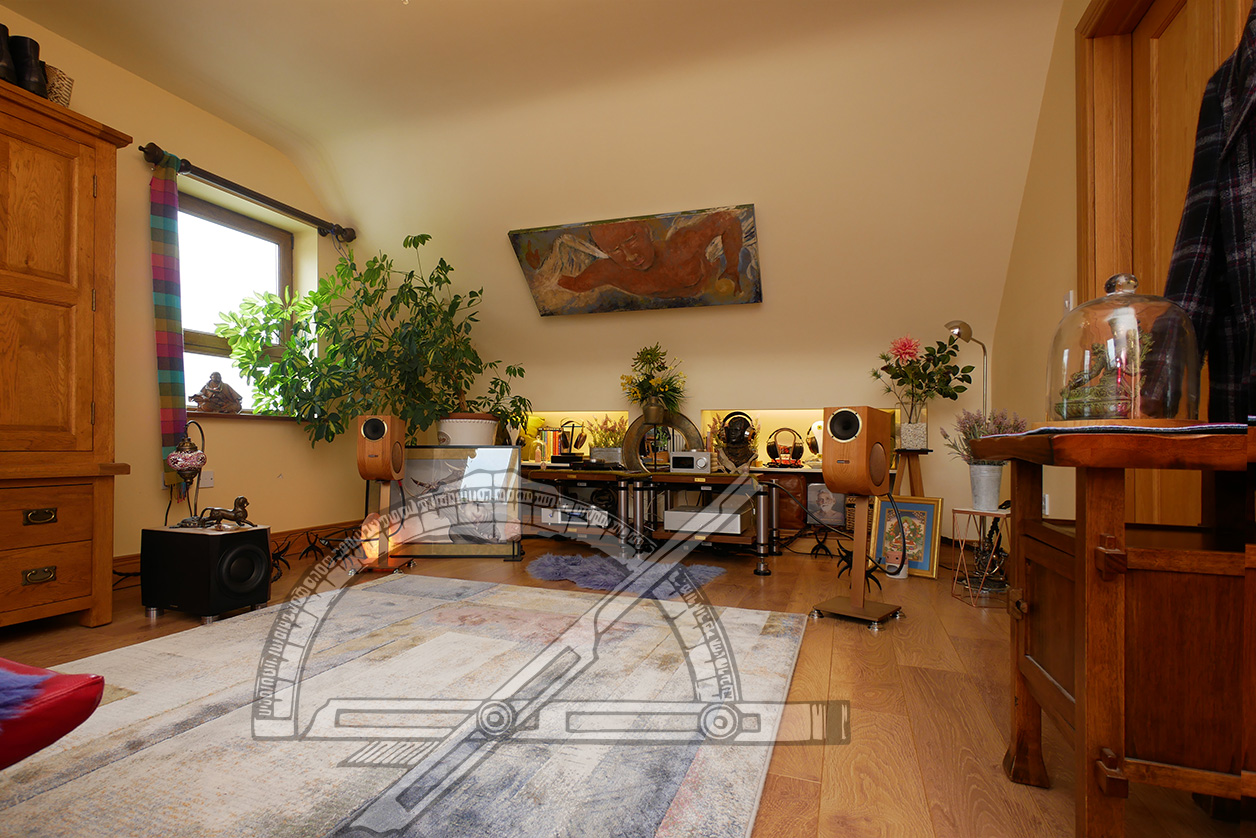 I knew that just then John Darko was working up a KEF KC62 micro subwoofer video review with matching LS50 monitors. I suggested to him the same small experiment. It went as expected. In his case the monitors' mid/woofers face forward as most of them tend to. Positioning his central mono sub accordingly—one woofer aimed at the seat, the other at the front wall—was "more direct" as he put it. It's a little but meaningful and very quick experiment if you don't run a downfire sub. Just because a force-cancelling sub orients its woofers sideways doesn't mean it must be set up that way. Experiment. Some other orientation could just be superior. For John, 'more direct' was the ticket as it better matched his mains. 'Less direct' was my silver bullet because that better matched the force-canceling woofers in our mains.