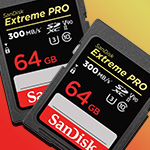 SD, 9th heaven? With the Kilrush move behind us and the new digs sorted, my wife's studio hiccupped—or rather, downed—when she tried to play her vintage 160GB iPod in its digital dock. That's how she got signal into her Fram Audio Midi120 actives fine before the move. But now the iPod froze. Ice Age. Scanning my memory banks, I had a hazy thaw on how to reboot it. After a few misses of holding the wrong two buttons, I eventually managed. Joy. But that proved short-lived. Clearly Mister iPod had to join the neighbor's four horses and assorted cows on their shared pasture. He had rather lasted forever. Thinking on what to replace it with, I hit up pro-audio sites for DJ equipment. Ivette also likes to spin the occasional CD and DJ decks combine both functionalities for a song. Alas, the on-song stuff I found with a coax out wouldn't do anything but MP3 and .wav files. Most our music formats in .aiff and a few .flac so I prefer not having to reformat it. I certainly remembered the $699 Soundaware A1X but couldn't find a single EU reseller for it. Ditto for QLS whose own website wouldn't load. Was there no other SD transport for little cash that handled the whole audiophile litany of file formats and resolutions and was available inside the EU from a proper hifi reseller not the almighty Amazon and its various tributaries? Try to get proper service when you need it if you do this wrong.

That's when I chanced upon this SD-9 with micro SD card playback up to 256GB. WiFi and Bluetooth feature too as befits a modern network player but both can and would be turned off since our use doesn't call for them. It even spits out two flavas of I³S over HDMI though to guarantee a proper DAC shake would take 48 to handle all possible pin configs. Vitally, this deck includes no DAC. Ivette's active speakers have their own since they run on custom DSP. They want raw S/PDIF, not cooked analog which must be refrozen to digital before getting cooked all over again. Too many chefs in the kitchen. Also, this s.m.s.l supports all going files formats/rates and lives on a French hifi site. If you're of my mind, not ordering from Shenzen or some other offshore website of untested support has advantages. Few are as ace as Alvin Chee of Vinshine Audio. What's more, former contributor Glen had reviewed two SMSL machines and found much to like.

Now you know what I stumbled upon when my fingers did the walking on an overcast Sunday. Will I get one of these for €424 delivered to Eire? Not sure. Some online feedback is a bit shaky. Meanwhile my track record with Soundaware is ace. Their machines factor in three of our systems as either outright sources; or USB reclocker. For Ivette's system, all I need is a basic SD card file reader that outputs digital over coax while offering a proper OS/display to navigate a card's file folders via IR remote. You'd think that'd be easy. Given the scarcity of this particular feature set, it's really not. I did find the Aune X5S and Musician MDP-2 which lack .aiff support. In the end something from Soundaware or this s.m.s.l. are my two only options. For us the former brand is battle-tested over many years. The latter is tabula rasa. All my instincts tell me to stick to the proven recipe. And so, after a properly windy detour, I get to my shoutout for Soundaware's A280, A1X, D100Pro and D300Ref. They all have performed as advertised to be among the very few current decks which pack our admittedly niche feature set. 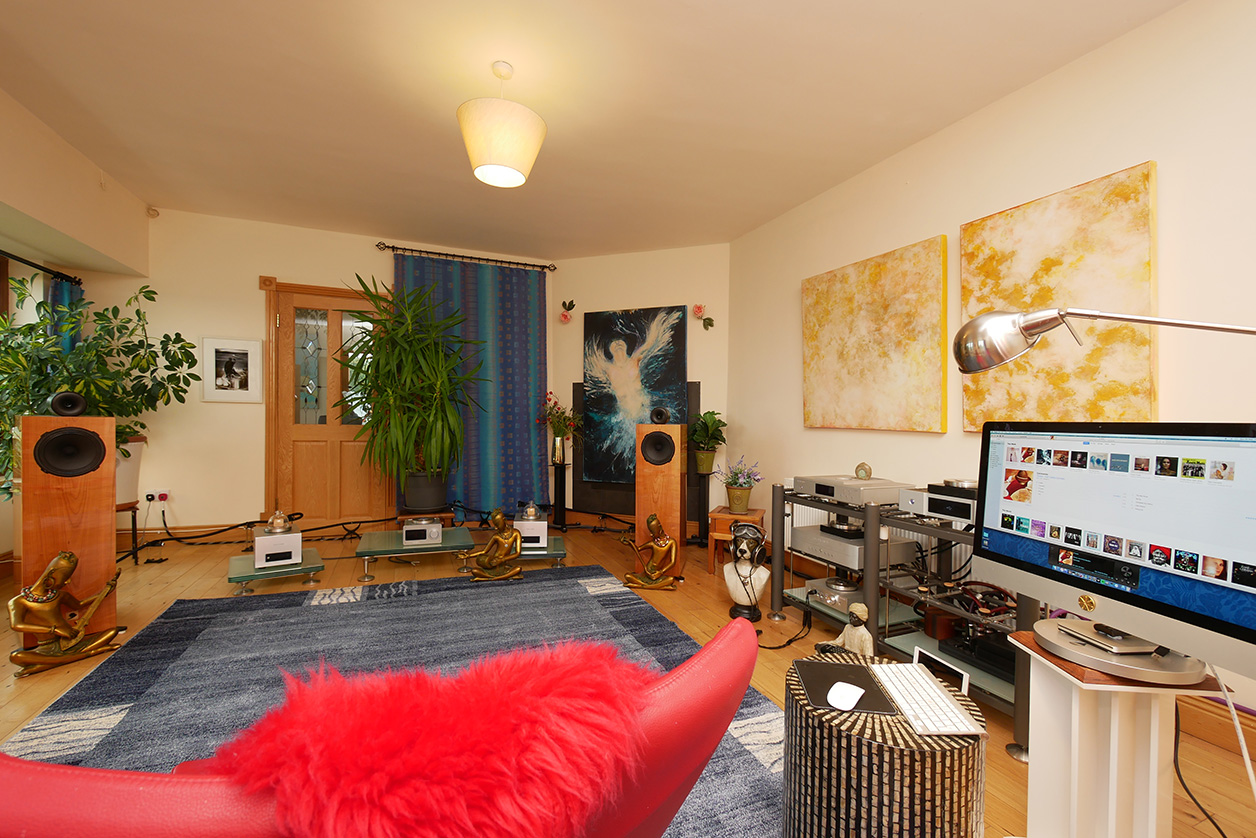 In fact, getting this new sound room to 100 depended on replacing a Denafrips Gaia with our trusty D300Ref. After the move, that had relocated upstairs. Until Gaia went on the Fritz—she's already back at Vinshine for repair—I was none the wiser as to her being my missing link in the big system. Now Soundaware's flagship filled the gap and clock-sync'd once more to the Terminator Plus DAC. Suddenly a certain something I'd still chased was back as a subtle but essential shift in tonality. I'd clearly marked its absence but wasn't at all clear what caused it or how to fix it. It took Gaia failing to make the connection. My personal takeaway is simple. Don't mess with success. Stick to what works. It's like tea. After we've discovered our favorite brand and type and learnt exactly how long to steep it at what water temperature, going off-brand or changing routines is bound to fail. With anything we're so keenly attuned to because it's important to us, even very small deviations matter. To someone not similarly attuned, they might not even register or at best prompt a 'so what' shoulder shrug.

Are you still shrugging off the entire notion of an SD card transport? Why would you want one? To maximize the quality of digital-file playback while keeping things maximally simple and affordable. In my experience, SD card playback beats CD playback which trumps PC streaming without external reclockers. Here we're not talking external USB decrapifiers, outboard power supplies, fancy cables and cost-no-object machinations of so-called audiophile servers. Today's feature is about keeping it basic, affordable yet still very good. The price to pay is simply more basic file navigation. That could become a bother as we load 100s of albums onto one card. The solution is to stick to multiple 32GB cards not splurge on 1TB; or to load all albums from one artist into a shared folder. In the above system, the very best sound comes from dropping a playlist from the iMac's FusionDrive onto SD card then playing off that whilst forwarding digits via I²S over HDMI to the DAC reclocking the transport. Thinking folks will wonder why not just use a DAP. Aren't they plentiful for choice and all SD card players by design? Quite. But very few come with a coaxial output, even fewer with a dock and full-size coax and many get very expensive quickly. Otherwise it's certainly something that works particularly over mini Toslink. For our stationary system, I simply prefer a bigger more standard component with old-fashioned IR remote. Now it's Soundaware to the rescue. Why they don't do a better job with their international representation is beyond me. Joining the Vinshine Audio platform back when was an excellent move. Vacating it again without a proper replacement wasn't. Replacing international sales managers without proper experience every year isn't. On that front, Soundaware really don't make it easy to love them. It's why finding one of their machines from a trusted EU reseller for total peace of mind won't be easy. I simply find it a very worthwhile effort to make regardless. In fairness, so could pursuing the SD-9 from Audiophonics in France be. There I simply don't have the conviction of prior experience yet. And a shoutout is all about fist-hand knowledge. So there, Soundaware. That even rhymes…

PS. If you have a first-hand thumbs up for the s.m.s.l alternative, do write in to be added here. More makes a lot merrier when choices are this sparse!