When the matching stands arrived—a simple but effective design with four adjustable spikes—the speakers had done their chores breaking in. We think that small loudspeakers like this typically end up in a living room as part of the A/V system so we moved Lyra S to our TV area. Central here is one of our two Devialet D-Premier all-in-one streamer/DAC/phono/amp chrome flounders. For us, intelligibility of dialog is key for video. In some TV series from the BBC, dialog is recorded straight on set not like in the US where overdubs and equalization in the later studio are the norm. Those BBC programs are sometimes harder to follow due to the country's plentiful accents and the actors' enunciation and thickness of brogue. How would our colourful new friends cope with this? 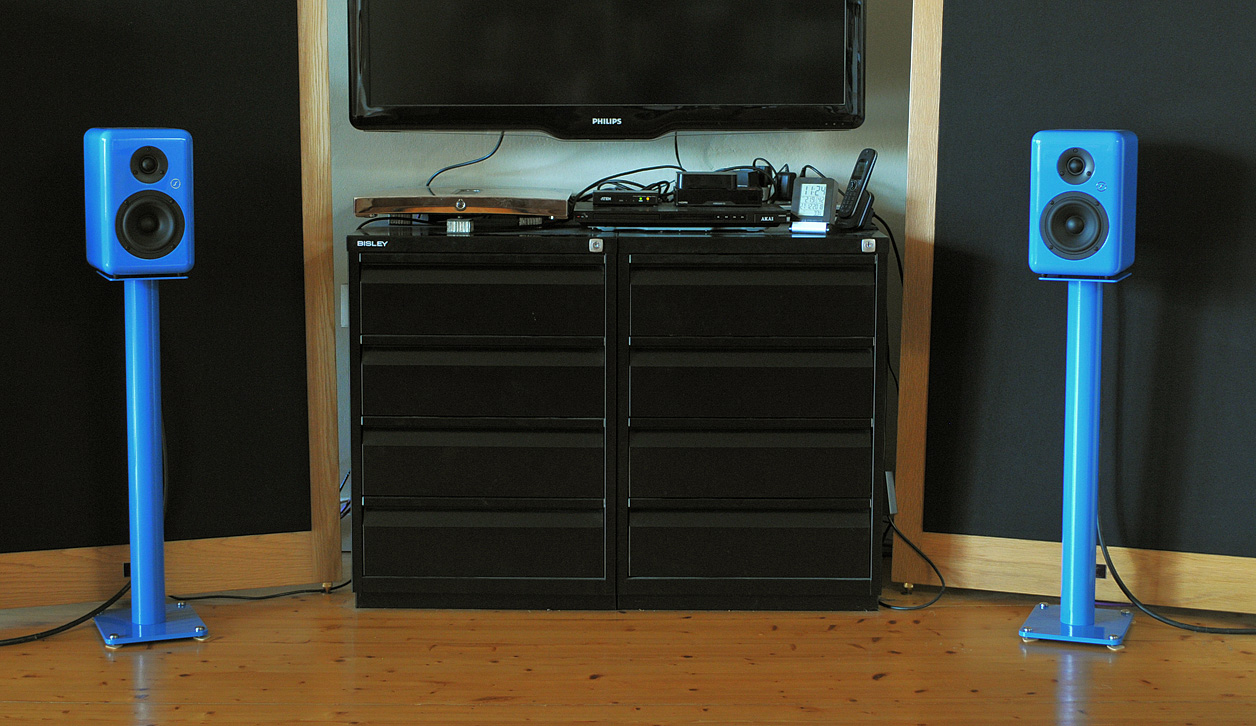 The first proof of that suet pudding was a Dr. Who episode of the most current season 11 with Jodie Whittaker as the thirteenth doctor. Jodie speaks in her native Northern English Yorkshire dialect. To our enjoyment, the tiny Czechs did remarkably well in the intelligibility department. Not only that but the lower frequency response specified to 60Hz did well, too. We made a note to run a frequency sweep to confirm these bass capabilities.

Our TV setup puts the viewer/listener about 2.6 meters from the loudspeakers so relatively close. Next to the intelligibility of the spoken word, music reproduction from live concerts was remarkably fine. The Devialet is also a wireless receiver and when we set up our Mac to stream Tidal or Qobuz to our TV lounge, we could enjoy music up to 24 bits and 96kHz. Of course this wasn't as big and enveloping as when we use one of our very much bigger loudspeaker systems upstairs but the Lyra S had plenty of firepower. 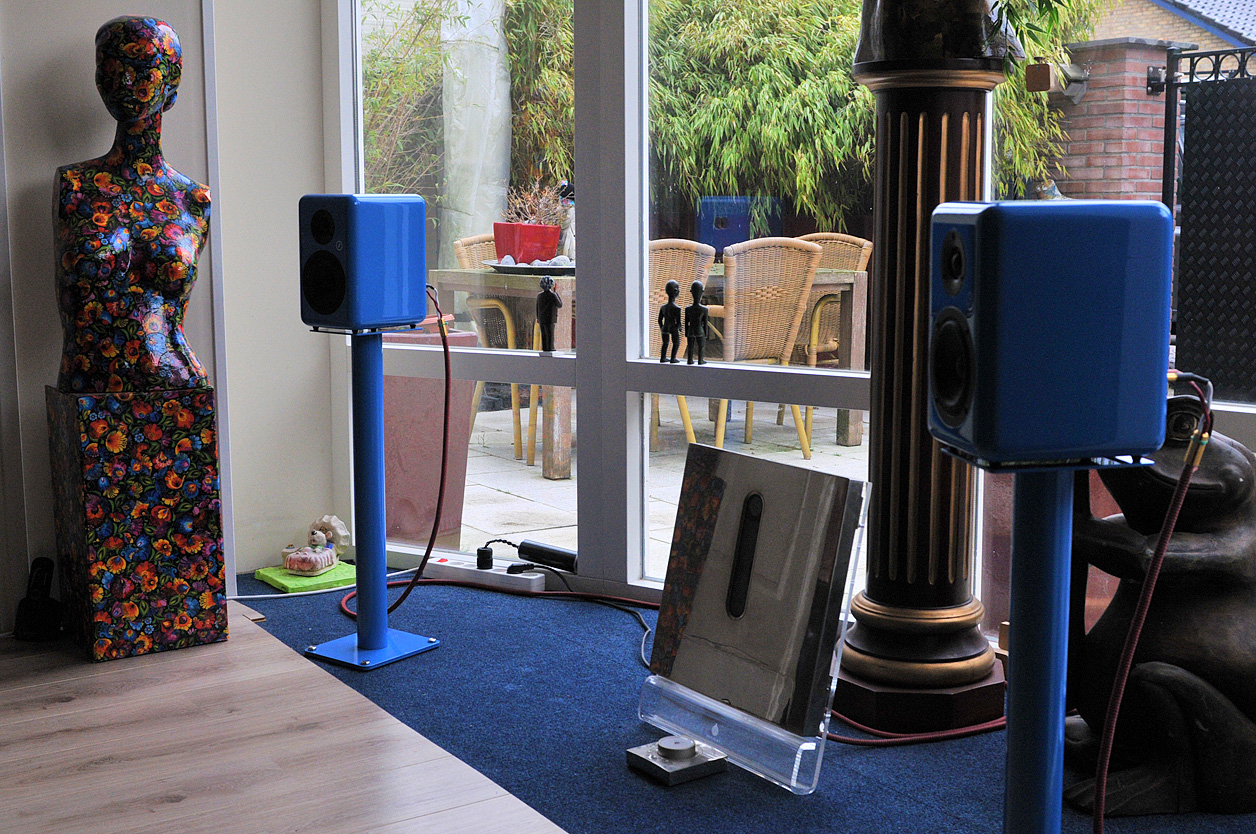 Downstairs we have a second listening room which we used next to install the small blue brothers. Here another Devialet D-Premier placed vertical on an easel like a piece of art was ready for use. With a little toe-in and us now at 4.3 meters from the baffles, we mainly used Tidal. First we played a 60Hz test tone at -10dB from the Audio Check calibration 'CD'. That worked out pretty good and we were actually surprised that the 50Hz test tone still figured as well. These pups were truly capable.