Whilst upstairs still, the Nords had temporary command of our Kroma Audio Mimí. Those handsome Spaniards as topped here by Franck Tchang omni super tweeters from new brand Avantages Audio lean naturally into the fulsome and chocolate-rich like original Audeze LCD-2. Fronted by the Rev D with its own gains in the same departments, I actually thought the resultant balance a bit too much of a good thing. That was particularly relevant in a smaller room where low volumes are the rule of the day to want maximum resolution. That meant a return to our leaner more lit-up fast Crayon CFA-1.2. 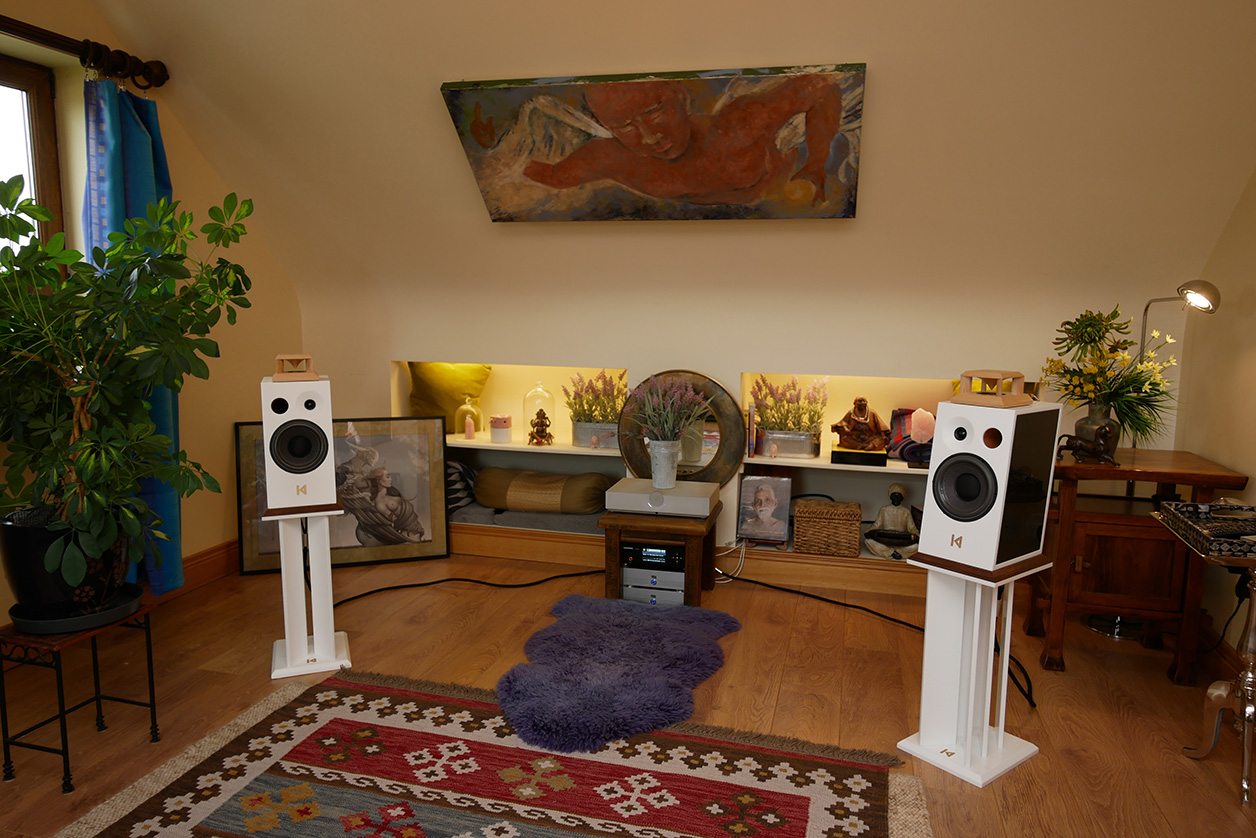 Meanwhile visiting vikings from Amphion's home range strongly informed by their pro brethren toasted skoal. This was far better than Amphion's own Anaview-based Pro-range amp had shown in a prior meet. That had been veering into the thin, bright and flat. If you've never experienced Pierre Sprey of Mapleshade Records' old trick and maple stand for the Gallo Strada 2, knock it not. Supported and properly angled up off the floor via the only Irish hifi product I know of—Ardán Audio's clever desktop/console stands—it has speakers stage like normal yet reduces their visual footprint and exploits strategic floor loading. The Argon3 on it, a house-broken recording monitor of sorts, was a very happy camper on these upgraded British amps, sounding properly fleshy without giving up reflexes. 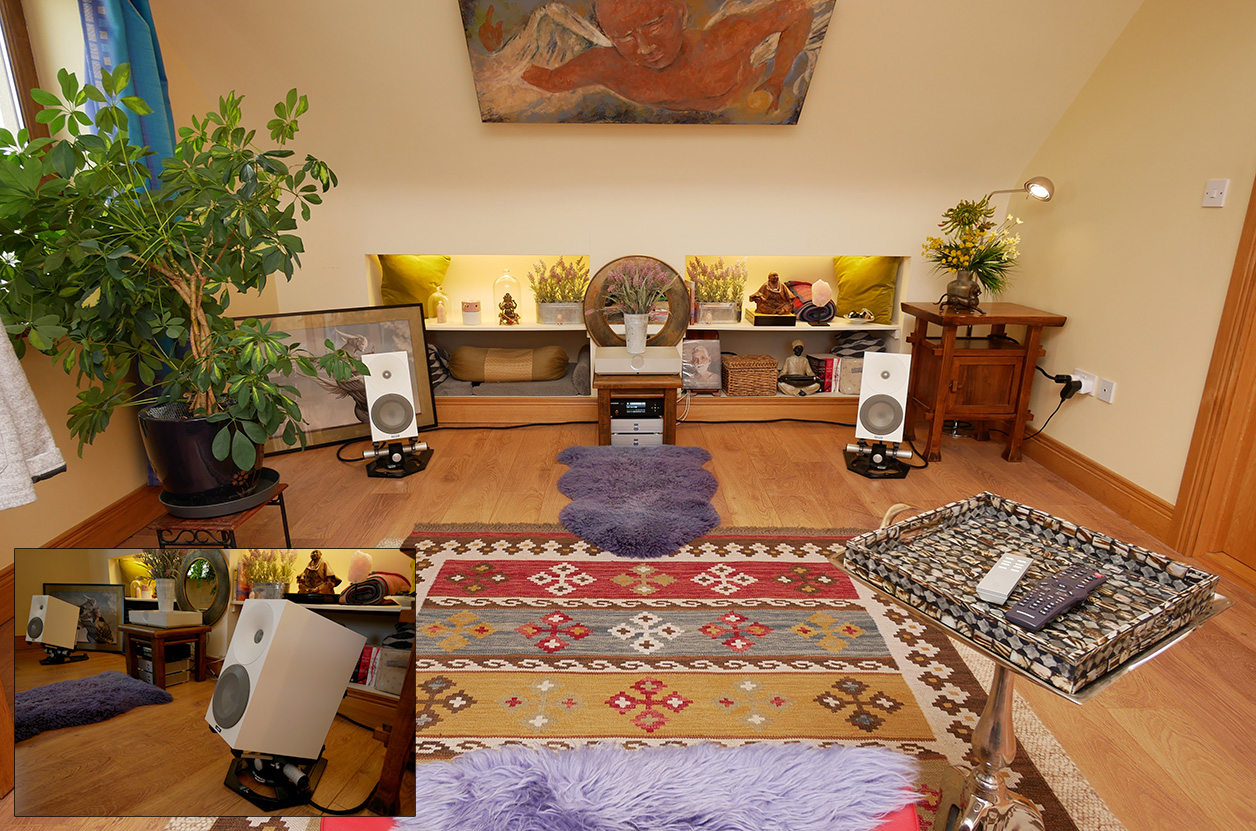 To sort out Nord's competitive chops against class A and A/B, our resident Pass Labs represented the always-on brigade with twenty hot-running push/pull transistors per channel. Ncore inventor Bruno Putzeys has always claimed that his class D circuit closes the performance gap with classic gain circuits and adds superior specs. This was a chance to test that claim on our Audio Physic Codex 4-ways with hidden woofers. The preamp was our usual Wyred4Sound STP-SE II preceded by a Denafrips discrete R2R Terminator DAC. 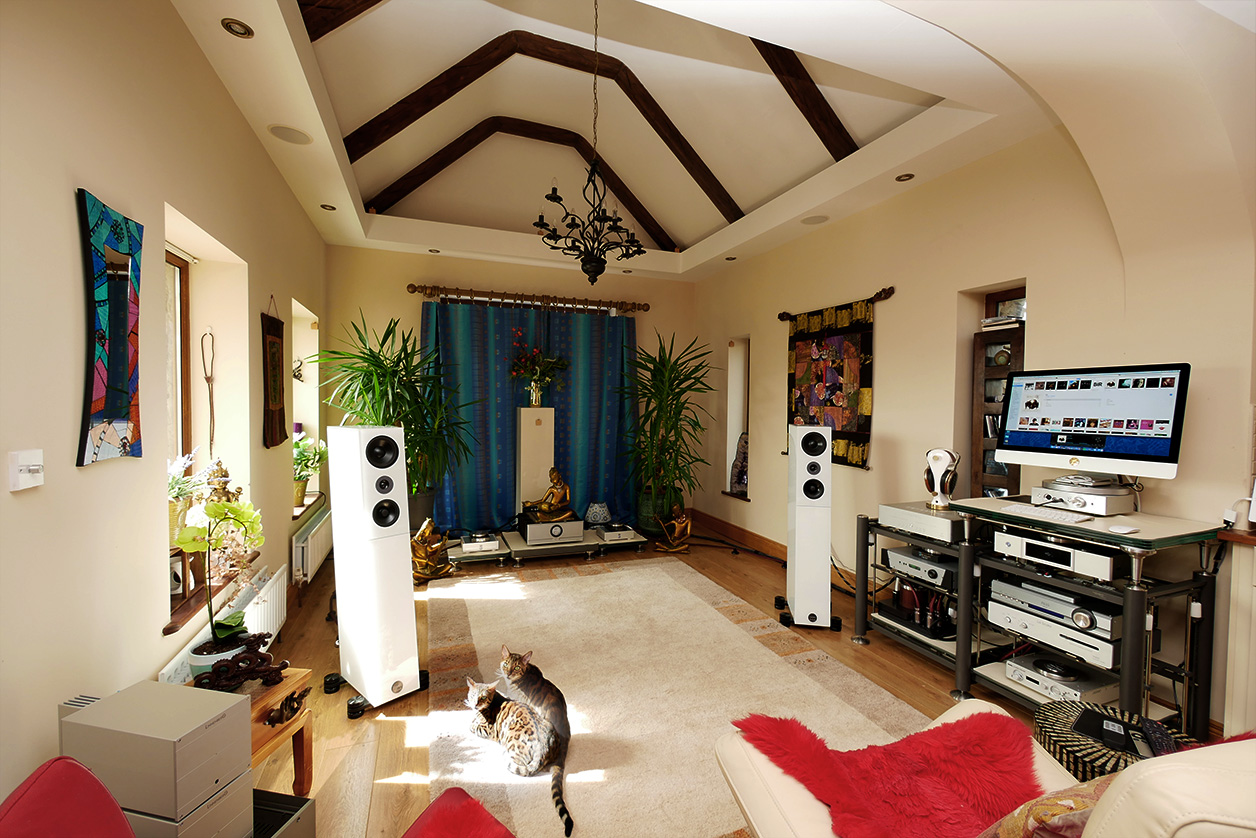 To take off, I spun up a simple Russian gipys jazz guitar duet from Pascal de Loutchek's Valse album. It features Pierre Bluteau on the other lead guitar, Jon Larsen on rhythm guitar and upright bass plus mellow scatting. With such fare, it'd be easy to focus down on la différence before tackling greater complexity. The obvious area of change was tonal, i.e. the domain of harmonic padding. The Pass amp played it richer, the Nords did it tonally low fat. This was audible right away. It took no time to peg it as a function of THD. The specs would confirm that our class D circuit was groomed for vanishingly low measurable distortion, the XA-30.8 for a mild strategic percentage. Contrasting the two, I most certainly wouldn't call out Colin's seasoned class D take for flat timbres per se. His new buffer does inject deliberate voicing. I'd simply call it milder, with tonal bloom consequently leaner on lower harmonics. The effect was not unlike hearing the class A amp cold rather than thirty minutes later when its Mosfet load lines hit the intended value.

Progressing to something more complex…