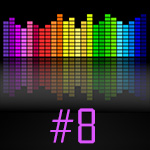 With millions of music tracks at our daily beck 'n' call, off the cloud like sweet rain on demand, here are a few which I recently cued up for a typically checkered playlist. We start with "Mediterráneo" where the torch is passed from one singer to the next.

Our next stop is Africa with Cheikh Lô's "N'Karinu Garab" and its talking drums.

Whilst on the continent, we follow up with Salif Keita's "Yamore" whose lilting rhythm points us squarely at Cesaria Evora and the Cape Verde island's sausade whilst the background chorus and Salif's unique delivery add new colors until the barefoot diva herself enters.

For an imaginary setting of perhaps the high Andes or jungles of the Yucatan, we call on the Rundek Cargo Trio's "Indiajanska". That they're from the Balkans merely adds to the mystery.

When even Christopher Columbus got it wrong, so can we to conflate America with India to next pick Anoushka Shankar's "Lasya". Here she is accompanied by the inverted steel drum called hang which was invented in Switzerland.

Scaling up US-based Indian forces to 'infinity', we head for the Berklee ensemble and A.R.Rahman for a very fiery session.

Returning to saudade with a kiss gets us to the Mariza & Tito Paris duet.

For more female vocals but now from Azerbaijan, here's Sevda Alekperzadeh doing a virtuoso number on a traditional folk song rendered in a very minimalist format.

Skipping to Spain, we catch up with José Mercé and Pablo Alboran on "Tu Frialdad".

Handing over to a Spanish country woman, there's India Martinez with "La Saeta".

For something very atmospheric and mysterious, there's Homajoun Shajarian with "Here come my tears".

To reemerge into the bright sunlight, we move to Ibrahim Tatlises behind an unusual trio formation.

Next comes the To The Hilt soundtrack tango from Duke Bojadziev…

… and a typical Balkan tune from the Etnosfera ensemble.

To wrap up, we go pure audiophile and to violinist Mari Samuelsen who records on the Norwegian 2L label in high resolution.