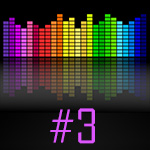 With millions of music tracks at our daily beck 'n' call, off the cloud like sweet rain on demand, here are a few which I recently cued up whilst being in a particular 'mystic/mellow' desert mood. Perhaps these selection will send you along previously unexplored paths? Today's selection starts off with Omar Faruk Tekbilek on a track to the movie Kebelek | Butterfly.

Then we get to one of the Middle East's most successful Pop singers doing a type of call to prayer on one of Allah's 1001 names.

This leads us to Mohamed Rouane's Algerian mondol whose lute timbre feels like a cross between oud and banjo.

Speaking of oud, we get to Israel's Adnan Joubran, one of the three brothers of Le Trio Joubran, from his first solo album Borders Behind.

This segues to Tunisian flavors from oud, vocals, Turkish clarinet and endless guitar on the soaring track "Mankind".

From here we head for Belgium and Karim Baggili's dreamy "Silent Stories", a master class in minimalism and how to say more with a lot less.

Then it's to Lebanon with Wael Jassar.

Then it's back to Wael…

… and Rouane who here celebrates more moody minimalism with his sketchy mondol over tasty synth washes and very sparse percussion.

To liven things up for some signs of madness, we return to Adnan Joubran…

… before it's Omar Bashir's ambient-enhanced oud and modal violin from Budapest, compliments of his Crazy Oud album.

This leads us to Jamshied Sharifi's closing track from his Prayer for the Soul of Layla album.

Then we veer to France and Rajasthan by way of Thierry 'Titi' Robin who pulls influences from Gipsy Rumba and India's desert.

… and close out with a final call to prayer from Amr Diab's mn asmaa allah al hosna album of such vignettes.