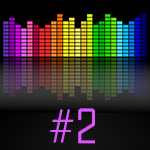 With millions of music tracks at our daily beck 'n' call, off the cloud like sweet rain on demand, here are a few I recently enjoyed. Perhaps they'll send you along a previously unexplored path. Today's selection starts off with Oliver Dragojevic on drenched vocals, Stjepan Hauser on singing cello.

From Serbia we move to Azerbaiyan where Jazz singer Sevda Alekperzadeh romances us with a modern take on her country's classic "Lachin" song.

From there to Uzbekistan isn't far to catch Sevara Nazarkhan with the "Kuigai" traditional here modernized by Russian electronica wizard Victor Sologu.

Then Stevie Wonder waved, pointed at "Isn't she lovely" with one hand, at Joscho Stephan with the other. When Stevie commands, one obeys. So really does Joscho, tearing it up on his Manouche guitar after the lengthy intro puts the spotlight on him.

The only G.E.N.E. recording with outside studio musicians is KatChina and this "Apacheta Heaps" a personal favorite of a long-building but intricate groove.

Further on faves, here's Randy Tico with "Caravan of Dreams" from his old Earth Dance album.

From there to Miguel Poveda accompanied by muted trumpet, violin and strings is just a hop and a skip.

Putting man and woman together like in the Sumerian garden of Ed.In, how about Diego el Cigala and Mercedes Sosa, on the famous Atahualpa Yupanqui song "Cancíon para un niño en la calle" with Twanguero's bluesy guitar?

Returning to a pure masterful instrumental, there's always Curandero, here with "Segue" from their second album Aras. And yes, that's the one and only Bela Fleck on banjo.

Still on pure instrumentals, here's a live capture of "Soobia" by Sary and Ayad Khalife.

Having set the mood, we next go to Martin Tillman's now electrified cello on "Trans Mojave"…

… before closing out this session with Amir John Haddad's romping "Al-Mawsili" taking us on a crash course through various guitars, oud and bouzouki.