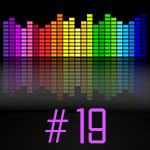 With millions of music tracks at our daily beck 'n' call, off the cloud like sweet rain on demand, here are a few that crisscross Arabia then reach both farther East and West. We start with a moody sextet number formed around qanun virtuoso Göksel Baktagir. It's a joint Turkish/Syrian musical task force which here celebrates a famous composition by Omar Al-Batsh.

Scaling up the ensemble, we push up the Silk Road toward Sami Yusuf's Azerbaijani forces with their telltale timbres.

Turning back toward wider Arabia, we meet Carmen Tockmaji from Syria on sweet vocals.

Distilling things down to just one guitar gets us at Antonio Rey's pensive poetic Flamenco.

Then it's back at massed Arabian strings and Abeer Nehme on glittering vocals. In the Middle East, popular music and symphonic forces are alive and well. No need to go back Mozart and Beethoven.

Distilling this recipe down to just vocals and guitar are Noel Kharman and Philip Halloun.

Moving the solo violin back into an Arabic context is Yarub Smarait who here duetizes with Ghassan Abu Haltam on clarinet.

Back to one more violin cover it is with this gorgeous Mohamed Aly number. Talk about subtle string control!

For male vocals of the region we turn to Ali ElMedydy. This cut showcases the very long arcs and sophisticated structures Arabian songs will take the listener on.

For muezzin-style power vocals, there's none better than Sheikh Ehab Younis, he of the mega lungs. Perhaps Bülent Ersoy in top form could keep up?

We go big again with the Cairo Opera Orchestra and the Cairo Steps ensemble under conductor Nayer Nagui is this extended "Sanctum" number.

From accordeon via musette to Manouche Jazz are just a few degrees of separation. This slinky take on the Azeri tune "Yalgizam" shows how that's done.

Switching into a moody film score by the inspired Thierry 'Titi' Robin is "No se que tiennen" from La Mentale.

Going entirely off our reservation now are Olox with their Shamanic stylings.

From there it's just a hop, skip and jump to Mongolia's The Hu here in an acoustic setting.

Where to go from here to close out? How about big and glitzy with Caroline Campbell's 'exotic explosive' take on "Miserlou"?