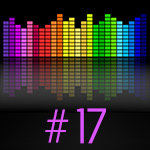 With millions of music tracks at our daily beck 'n' call, off the cloud like sweet rain on demand, here are a few of my regulars from the Middle East as that area which bridges the Far East and West. We start with a musical prayer to one of Allah's many names, compliments of Egypt's Pop star Amr Diab.

Next is Assala Nasri from Syria with the opener to her 2020 album La Testaslem.

This hands off to Ghalia Ben Ali from Tunisia who occasionally performs with Indian accompaniment like sitor/sarod and tablas.

Then it's to Lebanon for Hiba Tawaji with a big slick arrangement.

In Iraq, we have Kadim Al Sahir show us around his Book of Love.

From Syria but nowadays living in France hails Abed Azrié here with his "Like Water" cut from his album Lapis Lazuli.

Back to Lebanon it is then with Wael Jassar with this reverb-laden number.

With Julia Boutros we stay in that same country and add some orchestral accompaniment.

Next it's Syrian/Armenian Lema Chamamyam to show off some Arabian-style quite Jazzy vocal flourishes.

Then it's off to the pyramids with Natasha Atlas.

Now we cheat with Hungary where Omar Bashir's crazy oud was born but with his Iraqi father, we're still solidly in the Middle East.

Now Amr Diab calls us again to Egypt with another brief prayer.

… before we change flavor with José Salinas and Amir John Haddad for a Spanish interlude. It's admittedly south not east of the Mediterranean but the oud remain stylistically anchored in today's territory. And didn't Omar Bashir already throw in some Flamenco vocals into his "Ambient Oud"? Who needs borders?

Whilst in Spain, Vicente Amigo and Pele immerse us in the country's Moorish mood to remind us that the Hiberian peninsula was under Muslim rule for centuries. The Alhambra is just one of the many remaining treasures of that era which was unusually tolerant of its three religions of Christianity, Judaism and Islam. If we could just learn that lesson for good.

Here's a track from the Al-Andalus trio which celebrates exactly that time period. If you count the number of strings between oud, guitar and violin, you arrive at this album's title.

Then it's to the Bospurus and Turkey whose capital city in the olden times was called Byzantium, then Constantinople. Here are Cengiz Kurtoglu and Hakan Altun representing Istanbul's modern Pop.

We remain there with something suitably saucy compliments of non-binary Bülent Ersoy, with vocal reinforcements from Tarkan…

… before "Losing Hope" closes out our voyage with this track from the soundtrack for Kelebek | Butterfly.