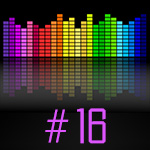 With millions of music tracks at our daily beck 'n' call, off the cloud like sweet rain on demand, here are a few special one I recently lined up looking to get emotionally hit. I can't imagine anything more powerful than Dalshad Said's epic Peshmerga, a symphonic poem and martial memoriam of the Anfal genocide of northern Iraq's Kurds. Eventually eight famous regional singers come to the front of the Czech Philharmonic backed up by massive chorus. The deep emotional charge delivers even through the data choke hold of YouTube's compression algorithm. Be prepared!

This leads us to the dulcet vocals of Lebanon's Mike Massy duetizing with Fadia on "Ajibtou Minka Wa Minni" from his live album Naseej with the Khalifé brothers Sary and Ayad on cello and piano.

Following up from the same album is "Rouhmak Ya Allah" to showcase Mike's heavenly solo vocals.

Back down to earth we get with Adnan Joubran's "Dance of the widow" from his Borders Behind album here in an evocative live setting.

Enter Thierry 'Titi' Robin and Faiz Ali Faiz in a quawwali/rumba fusion from their Jaadu album.

This leads easily to Ibrahim Maloof's "Beirut" in a duo version.

To stay in a somber mood but now with an Englishman singing in French, we get to Sting doing Jacques Brel's famous "Ne me quitte pas". Who woulda thunk it?

To exit on a hip-shaking lip-smacking note, we reach for Daymé Arocena's "La Rumba Me Llamo Yo".