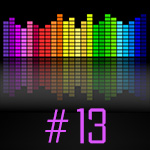 With millions of music tracks at our daily beck 'n' call, off the cloud like sweet rain on demand, here are a few which I recently cued up for a moody minimalist day dream. We start with a track from the album Placeless featuring Marjan & Mahsa Vahdas with the Kronos Quartet.

This leads to Homayoun Shajarian's album Hojoom-el Khatereh and the track "Gharar".

This leads smoothly to Anna Maria Jopek and Branford Marsalis with "Nielojalnosc" from their joint Ulotne album.

From here it's a small step to Jóhann Jóhannsson's "Flight from the city" of the album Orphée. He also did the otherworldly soundtrack for Arrival.


It set the stage for Maya Fridman's evocative cello with "The song of songs" from her Red Velvet album.

Following that is "Vergebung/Forgiveness" by The World Quintet with a melancholy Klezmer clarinet.

Shifting the beat to a slow valse gets us to Larsen & Loutchek's Russian Guitars with "Pouro Rom".

Back to the World Quintet with "Lied ohne Worte" – a song without words.

Now we veer into the Qotob Trio's "Al Ruba" from their album Entity.

Next comes Göksel Baktagir with "Gönül" from his Gönül Bagi album.

This grants us Vassilis Tsabropoulos' "Secret Wish" from his gorgeous You album.

This opened the doors to Mine Gecili's paradise garden with the heavily perfumed "Gözümde Özleyis Gönlümde Aci" from her Hediye album.