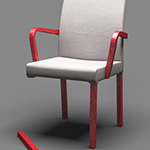 Conspiracy theory 101. Attentive observers noticed. They booked a win for the pointy hats. They marked a rare red day in their calendar. Come again? Over the span of a few months, four reviewers, at four publications, all reported on the same thing. Dawid Grzyb of HifiKnights did so here, Dirk Sommer of Hifistatement there, John Darko of darko.audio over yonder, yours truly elsewhere. Let's start with our man in Warsaw who did the Ansuz Darkz T2S. "While service underneath luxurious hardware which only the lucky few can afford is the natural habitat of these tiny supports, meaningful benefits beyond 'a bit here and there' is their very MO regardless of what you put on them. If no expense is spared and willingness to pursue performance relentless, mechanical grounding can really be pushed. That's exactly what, staggering cost and low score on the priority chart be damned, these Ansuz Darkz T2S demonstrated. Although I'm far from encouraging anyone to buy or even try this stuff, now at least I know that decoupling footers exist which can really turn things upside down." Staggering cost? That's €1'200. Each. You'll need at least three of these footers. But these were the best in the Danish portfolio. They don't just drive titanium instead of cruder aluminium. They've been bombarded in the particle accelerator of Aarhus University. They've grown molecular skins of tantalum, scandium and diamond. Their special surfaces accelerate the transmission of mechanical energies. Harder = more effective. For a Darkz C2, less bespoke materials reflect in a starting toll of €280/ea. Dawid simply imbibed the most potent stuff hence woke up with a proper hangover to discourage others. At least he took one for the team. Good man. Skål. Dirk Sommer experimented with the same witches' brew and their companion Ethernet switch. "Doing without the Darkz takes away much of the image's three-dimensionality. While the expansion of the stage in width and depth remains almost the same, the height of the stage shrinks considerably. Thus the loss of a little solidity in the lows and a touch of openness is much easier forgiven. The change from the standard feet to the Darkz may not seem immediately mandatory but once you have gotten used to the Darkz under the PowerSwitch for just three or four tracks and then remove them, you become almost painfully aware of the extent to which the Darkz have been beneficial to the sound." Made of sterner stuff than Dawid, Dirk suffered no hangover. But the praises are the same.

John Darko went to a British pub instead. Hello IsoAcoustics and their Gaia II footers beneath a speaker stand. "The audible improvements to the Buchardt A50 caused by the introduction of the Gaia II were threefold: 1) a better more sharply focused center image; 2) better soundstage depth especially in the midrange and 3) more elasticity in the bass, specifically kick drums. What caught me by surprise was the magnitude of these improvements – greater than I've witnessed from a typical streamer, DAC or amplifier switcheroo. The irony of the isolation feet (€598/8) costing x 4 as much as the speaker stands (€150/pr) is not lost on me. This short sharp experiential shock means these weighty metal pucks from IsoAcoustics won't be going anywhere. Moreover, I'll be putting a set of the Gaia III on the KEF S2 stands as soon as funds allow." More praises adding up. 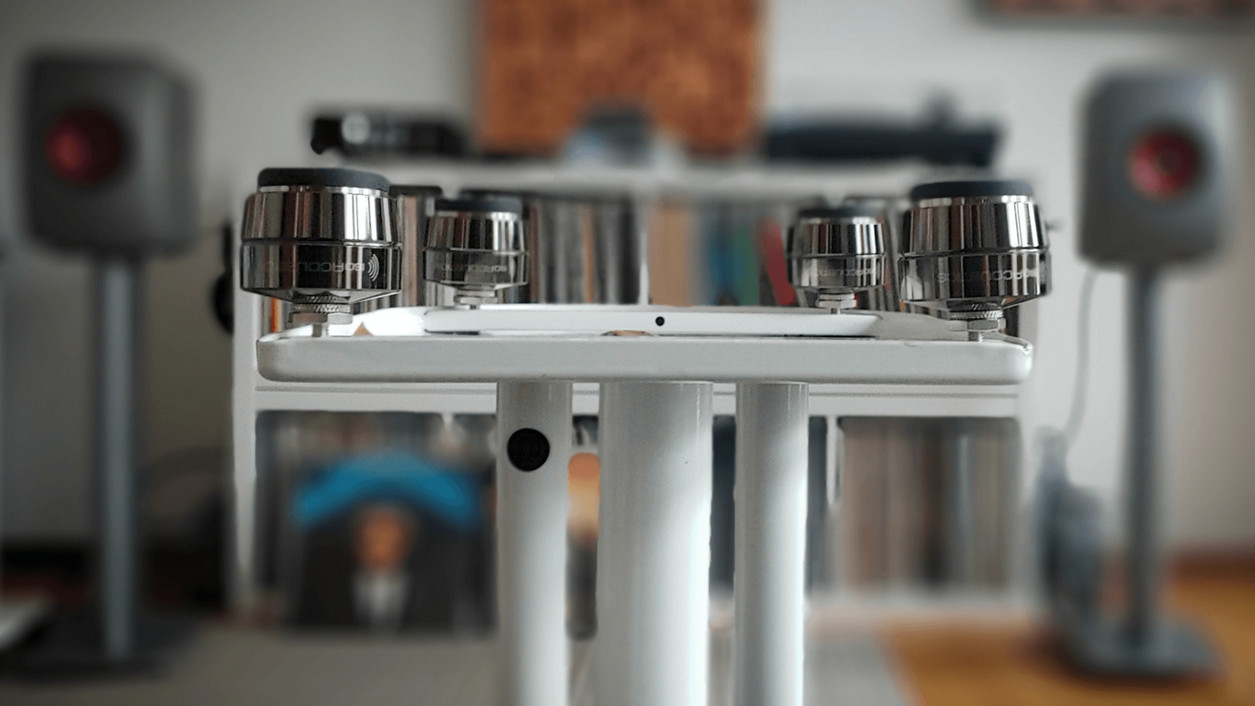 I'd sipped soju, thus South Korean with HifiStay's Stella60 Double Swing footers. The earlier embedded review links has that skinny. Same difference. Add it all up. 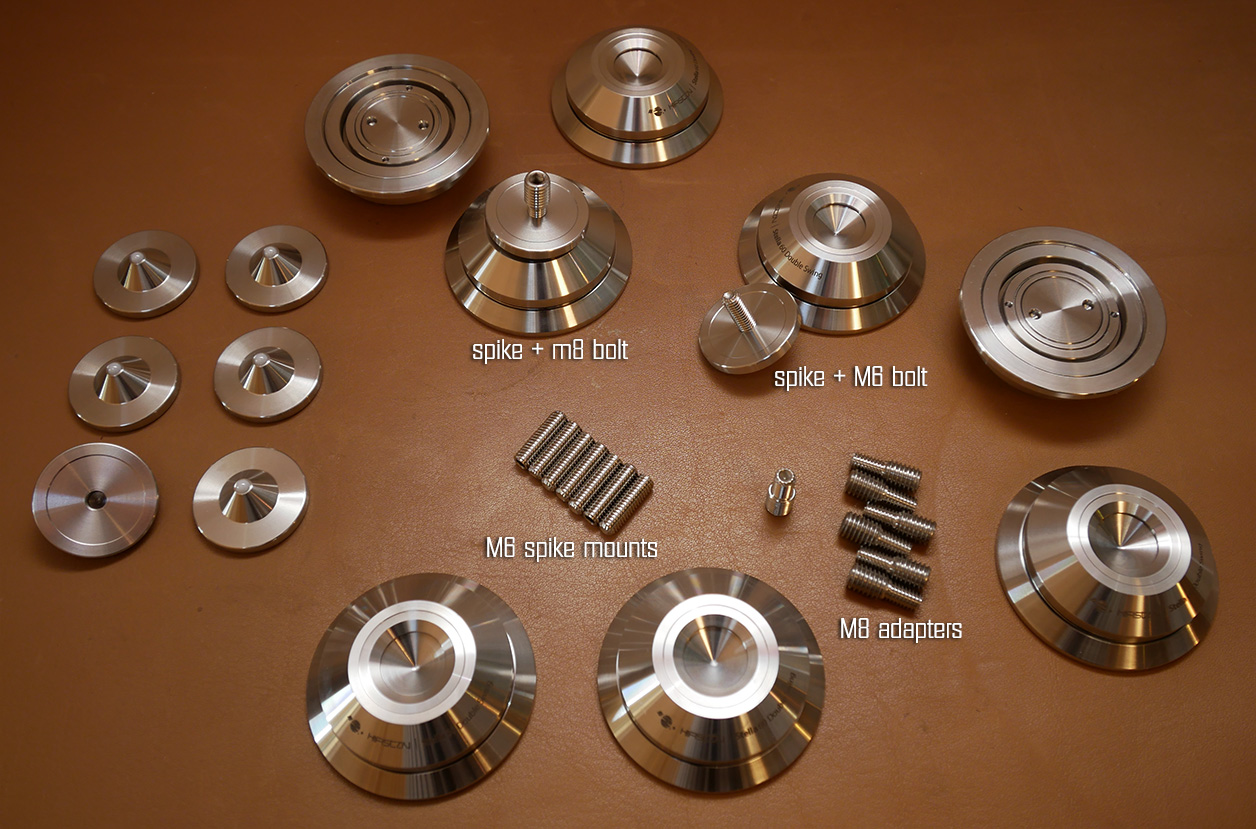 This isn't about one brand. That wouldn't make much of a conspiracy theory. It's about any brand which offers properly engineered missing links between gear/shelf and speaker/floor. Adieu, ancient rubber foot. Condolences old spike. Before the massive asteroid of 2020, there were dinosaurs guarding listening rooms against progress. 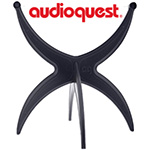 In short, does your kit still park on stock footers, your speakers still needle the floor with generic spikes? Then you've left performance potential untapped.

What are the chances that this really was one fancy conspiracy? It's not a theory. It's actual experience. So call it a conspiracy practice perhaps.

As it happens, this stuff also makes perfect stocking stuffers, even sock busters for that very opinionated audiophile who already has everything thus is absolutely impossible to shop for. Winter holidaze is coming. This isn't about altering the signal path by one iota. This is about subtracting extraneous noise so that what we already own performs better. Who doesn't want that?

Should your purse be emptier, there's also this – missing links for between cables and floor. Same theme, same difference just less. Far lower cost of entry too. A win either way. Also, if you've belabored the high costs of true performance racks from Artesanía, HifiStay, HRS, Finite Elemente, Grand Prix Audio, Silent Running & Co, augment a far simpler budget furniture-style rack with isolation footers. Start on the floor beneath its uprights. Then add them underneath each component as finances allow. You can build a very effective resonance-attenuating equipment rack across many stages without any real compromises.

You're never too old to play proper footsies. If you think of subwoofin', it's critical that you do. See below.