From their pads' wrinkly cloth covers to the bridge's pedestrian bent-metal ends, Final's industrial design and finishing tapped out against Elite in an early first-round submission. Likewise for subjective wear comfort. Even on its efficiency of converting signal voltage into sound pressure, the Romanian led if now by not remotely as much. At €3'599 when I reviewed them in early 2018, the Japanese really should have been more competitive on these scores. In the intervening years, Meze simply tossed that book. Standards changed. Good enough no longer is. To not kick any can whilst down, enough said. Plus, last century's listeners don't care about any of it. To them only the sound matters. 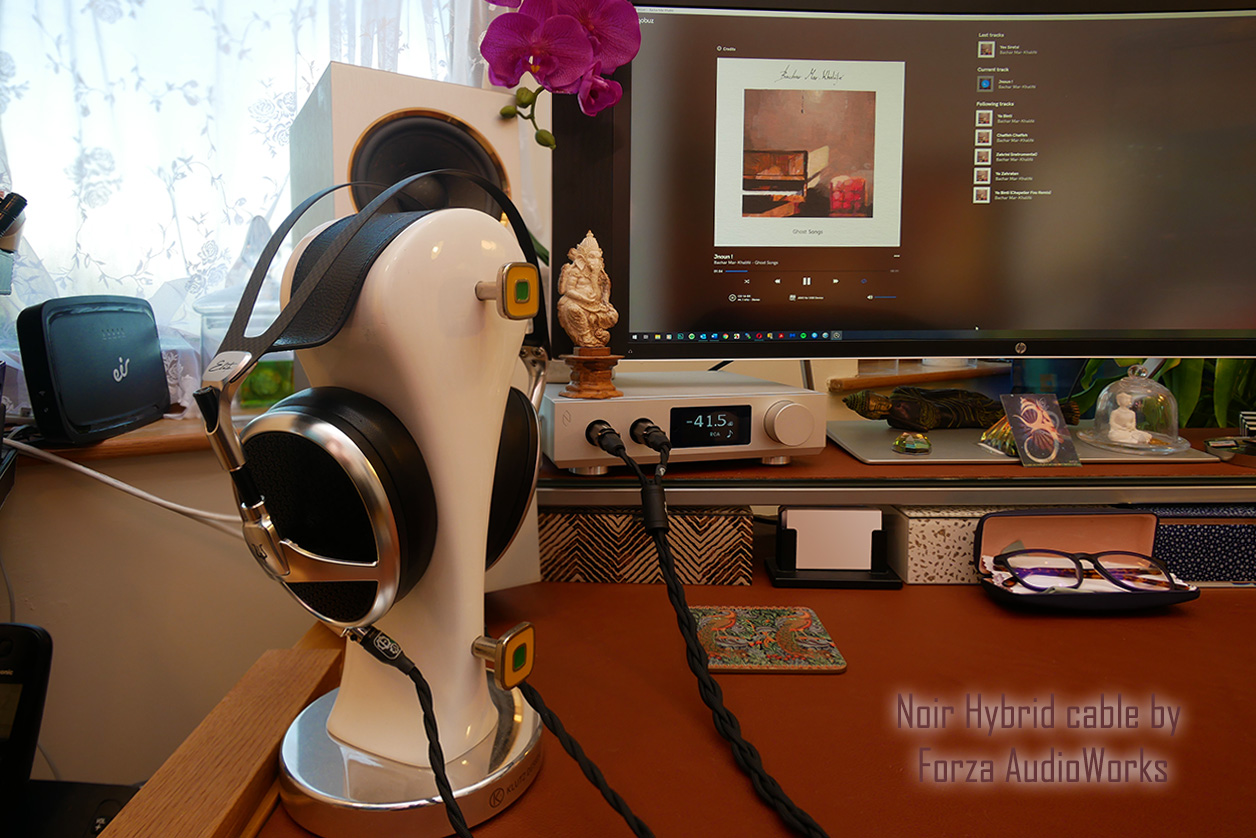 Fundamentally, here the D8000 felt more distanced. With on-ear headfi, that doesn't relocate the soundstage away from the ears as it might with speakers. It simply reflects less immediacy. That means a certain degree of opacity. Zeroing in on what caused this, I heard more openness and small-detail recovery for Elite particularly upward of the octave above middle C. That influenced the directness of vocals, cymbals and higher harmonics. It even differentiated more resin with a coarsely bowed cello's string friction, more equivalent rasp on a groaning upright bass. When audiophiles run out of words, they default to saying that a particular banjo sounded more like a real banjo. It's like a food critic describing a dish's potatoes as tasting more potato-ish. Patois perhaps? Kidding aside, what makes any instrument sounds more like itself? Fill in tiny things which a more basic sketch left out. The sketch was sufficient for a generic cognition of what produced the sound. To get more specific—first whether it's a Bösendorfer or Fazioli piano, then perhaps who's playing it by its phrasing—could mean a clearer sense of pedal action. It'll always be a more developed sense of tone modulation whereby a performer alters their instrument's harmonics. Now a hifi leaves less to our imagination. The fullness of the sound including any mechanical actions creating it renders more complete. It's micro-level stuff which MP3 compression throws away to get 1'411kbps data density down to 128kbps. In those terms Elite was more resolved so more real-istic. None of us were at the actual recording then mastering sessions. What we're after is a sense of seemingly being more real. We want to get religion and become true believers. Suspension of disbelief is the accepted phrase. It's not misdirection like Las Vegas stage magic. It's closer approximation.

Elite did just that. Primary enabler was higher magnification of micro detail. That meant a bit more separation, a bit deeper bas-relief sculpting to detach images more from their background. It also meant a few more microdynamic gradations. In the most generic terms, relative to the D8000 Elite was less thick so of higher resolution. Next level. The problem with that? There's always another next level. This sets the stage for sonics beyond Elite though most certainly not higher levels on build quality. In fact here Elite outright embarrassed my original Susvara and still had the ribbons play 3rd fiddle. But then enters a sonic question. Is ever higher resolution everything? Don't other factors play as well?

Take tone. Some swear by 6SN7 triodes. Others call out big paper-moon mids like vintage Tannoys. Their fans view them as being possessed of big tone. It's an innate quality. They bring it to any party to become its guarantee of life. Detractors see that same bringing as getting involved with the outcome. Come empty-handed they insist. Observe what's actually happening. Don't influence it. That takes it to the alteration shop. Though they do observe the same tone density from 6SN7, they hear it as additive overlay. It diminishes how well the modulations of authentic timbres resolve. They call the triode's action sauce. It's like tourist pasta. Unlike authentic Italian fare, it always drowns in sauce. Of course whoever pays for a meal should order it how they love it most. Hold the parmigiano reggiano. On said terms, Susvara was leaner. It stripped away a prettifying layer which Elite inserted. Susvara got more direct, twitchy and quicksilvery. Speed and lucidity increased, mass and chunkiness diminished; if things went its way. Being notoriously inefficient, just getting loud enough isn't enough. Susvara wants full amplifier domination. That adds power and current taxes. It makes potential mismatches far more likely than with easygoing Elite. It's too convenient to call Susvara sonically still more advanced when that's done in isolation. What's required to make it so is far more demanding. It's very conditional. 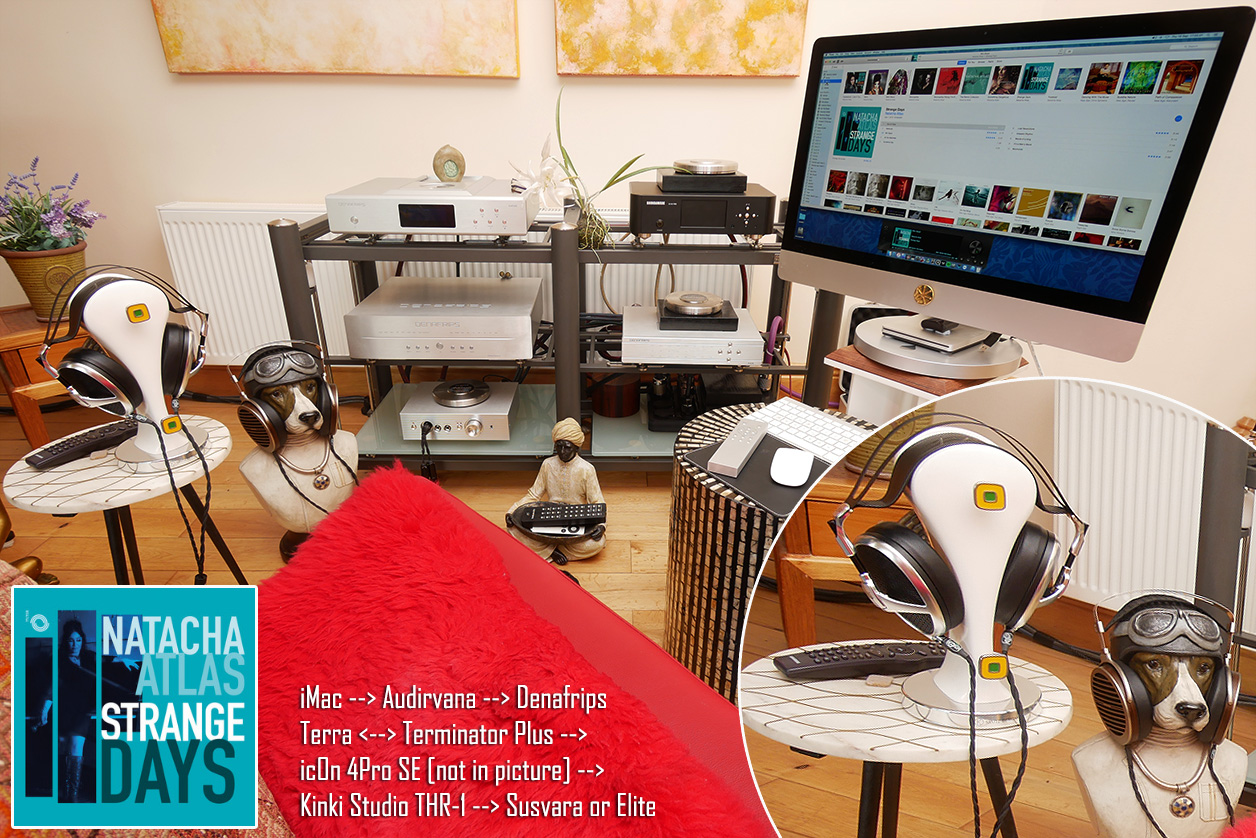 Another qualifier becomes your majority music diet. If you listen to much hyper-processed Pop, your general dynamics are squashed. Everything is wall-of-sound loud and thick. Now any modicum of extra microdynamic gradation is like a ray of sunshine. Here Susvara's inherently leaner but quicker gestalt distinguishes more. On the flipside, tonally bleached fare gets extra starched. Warmer Elite fluffs it up to get more presentable. In that sense too—so not just for its sterner drive demands—the HifiMan is the more critical. Its music and amplification must be ace. On either count Meze's flagship makes far fewer demands. A Ferrari looks good in glossy photos but if your country lanes are littered by gravel and pot holes, you won't do much driving. It's cliché but a true concern. Reality and idealism rarely meet for long.

I heard Susvara remove another layer of opacity or subliminal reluctance just as Elite had done for the Final. Subjective musical pace and energy increased. Sub bass grew leaner and more striated. Visibility improved and with it, separation and depth of insight. All that came from removing what I began to regard as Elite's 'prettifying filter'. Its overriding flavor was exceptional smoothness. I'm fully aware that for many, the entire notion of virtually hardwired tunes which has transducers sit within centimeters of their cochlea relies on that extreme smoothness to become appealing at all. That's where Elite makes a very powerful argument. It's been tuned for greater transparency without sacrificing the original Empyrean's very easy likeability. It's still first and foremost a jovial pleasure seeker. Meze then bolted on a slightly bigger engine by reducing their moving mass. Now things go faster but the suspension remains plush to keep varying tarmac conditions at bay. Compared to Susvara and far more so still to the Serbian ribbons, there's isolation in place like a buffer zone or artificial climate bubble. How you respond to that virtual detachment depends. What kind of a ride do you prefer? What kind of black top are you most likely to hit? Automotive tie-ins get stale but still they make a relatable point. Few enjoy going really fast on poor roads. Even fewer have a race track in their back yard. That's life and Elite knows it. Removing some road feel to control the cabin's comfort level is par for that course. Go anywhere and do so in style.

But what if you want to race, road conditions be damned?