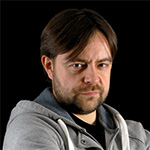 Hi! My name is Marek and I'm an anonymous audiophile. Or am I? Probably not so anonymous anymore and most likely not really an audiophile. Let me elaborate.

As long as I can remember, I've always loved music. I disassembled and—to my surprise, assembled back—my parent's old turntable when I was maybe 6 or 7. I just wanted to know how it could play such wonderful music from these round (and some square) pieces of plastic. So yes, it was vinyl that ignited my love for music. Some time passed and the era of records officially ended. For me it was not about moving from vinyl to CD directly as for a few years I used cassette tapes. And it was great too. It allowed me to record favorite music from a radio. Back than that was  the only easily accessible source of music in our country. It was about that time when my Dad played for me—or maybe just listened with me present in the same room—one of Pink Floyd's albums. I don't really remember which, most likely The Wall or DSOTM, but it rocked and changed my world. I'd loved music already but after that experience, it became one of two biggest passions in my life. The other  was reading books. A few years later, I got my first guitar in high school and learned to play it. I never became a master but playing an instrument even with limited skills and/or talent gave me yet another perspective and a better insight into the world of music

More or less at the same time, I used all my savings for my own turntable. It was nothing fancy but I loved it. So in the  ‘golden era' of CD, I spent all of my money to return to my musical origins of the vinyl record. I seems that already back then I somehow knew that all that glitters isn't not gold. Back then buying records wasn't as simple as it is today. Not only was there no Internet, hence no on-line shopping, but also record stores were scarce at least in my area. Yet still today, I have a nice collection of heavily worn records from that time which for me have  great sentimental value and which I still like to plays when I get bored with audiophile editions, first pressings and such.

Years later I finally caught the nasty disease that urges people who listen to their favorite music at home to keep improving the means to do so and it finally pushed me on the reviewer's path. So did I become an audiophile? I don't believe so. I still don't care much about the looks (okay, perhaps a little but surely not as much as Dawid) and I still don't get impressed by 'rocket science' implemented in an amplifier, DAC or speakers just because its manufacturers claims that it's great, cutting edge, unique and so on. What matters most to me is what this particular piece of equipment offers in terms of musical presentation. Does the music sound natural, real, present, immersive? Does it have me experience a unique musical event? If it does, then and only then might the technology behind it impress me. What does such an attiude make me? A music lover for sure, but an audiophile?

Bottom line, don't expect elaborate technical descriptions of products from me or high praise about some cutting-edge tech unless it actually makes the music sound better.

How about anonymity? There are more than 7 billion people on this planet and counting so  it is safe to say that 99.999999999999% have never heard of me. But writing audio reviews for more than 8 years might make my name familiar to a few aficionados. I started my carrier writing for AudioStereo.pl, the biggest audio community in Poland. Today one can find my work in HighFidelity.pl and due to their past cooperation with 6moons and present with PositiveFeedback.com, some of my work syndicated there as well. I also work on a regular basis with our local edition of  HiFi Choice and AudioVideo. So I'm probably no longer anonymous.

What you really need to know about me is that after all these years and hundreds of reviews later, for me it is still all about the music. I do appreciate high-quality sound no matter whether it comes from analogue or digital, tube or solid-state, horns or closed-box loudspeaker as long as it plays music such that it touches my soul.

Do I have  preferences? Of course. For my personal system I would choose an analogue source, most likely a turntable (actually I do have a great one) as there are more records available than reel-to-reel tapes which sound even better than vinyl. Most likely Id' go for horns or open-baffle speakers with at least a 15′ paper cone woofer driven by a low-power SET  based on 300B or 2A3 tubes. Wait, that already happened. But since I got into this reviewing business I had to give it up as it was impractical. I couldn't keep two systems so had to go with a solution more suitable for the job. But that's how I'm going to end up again some day unless I get lazy and go with an all-in-one system streaming music from Internet. Not.

As you saw,  I already wrote for a few publications as did Dawid, the other knight. So why did we decide d to create HiFiKnights? To do what we love to do in a way we want to; to have our own place to write about things that interest us most whilst trying to avoid those we don't…

PS: Marek is the co-publisher/owner of the Polish online magazine HifiKnights.com. As such he occasionally submits articles for syndication.