Moving target. Given its morph the cat personality of operational modes, negative feedback and tone controls, it's impossible to call out the sound of the Absolute. Here it's utterly misnamed. It should be called the Relative. What can be said? Feedback progressively dries out the sound. Spatial fill as the connective tissue between performers evaporates like dew drops in the morning sun. Also, p/p is drier or more damped than single-ended. It might surprise that the most top-end energy comes from no-feedback SE mode. That's the most DSD like, so softer, wetter and seemingly more dimensional than the stiffer less elastic PCM of push/pull. One had more legato, the other more staccato attributes. Compared to the Bakoon, the Manley was less resolved. This manifested as less venue sound, so far fewer presence halos of fine reflections to mark an image location in surrounding space. Bowed strings had less overtone sparkle, snarling brasses less pungent bite, percussive impacts less immediacy. Depth layers were more ambiguous than specific. Separation of complex fare was rather less acute. 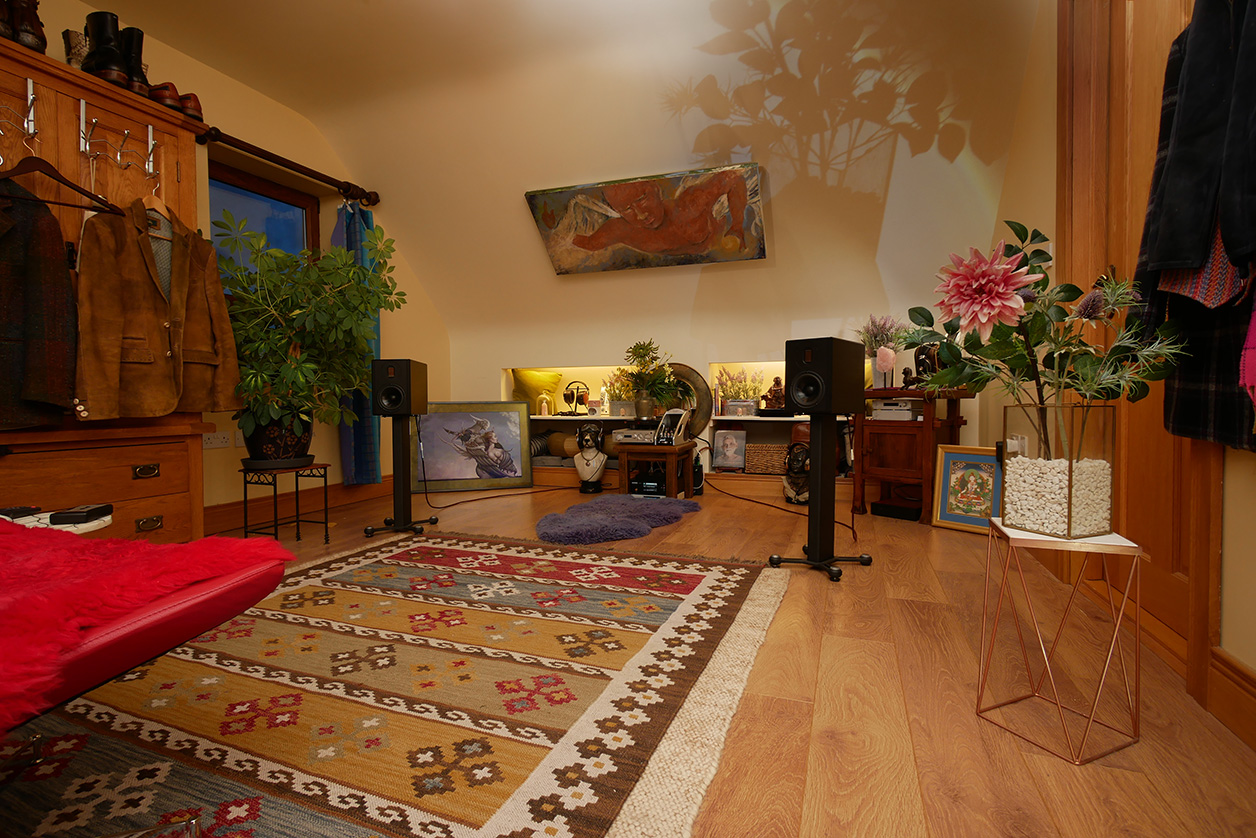 Because p/p mode in general was closer to our transistor house sound albeit at lesser magnification to work in a lower octave, I felt the Absolute's unique selling proposition to be its no/low-feedback parallel single-ended mode. That proposed an alternate not lesser reality. It played up a few things. First was temporal elasticity. It's the sense that musical time progresses fluidly like a Chopin prelude, 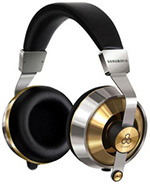 not metronomic like an army parade's marching band. Second was tone thickness. That created a denser fleshier sound with less space between images. Third was a sense of less microdynamic nuance but more macrodynamic weight. Higher tone mass set in motion makes bigger waves even if it's slower. Like the Bakoon, the Manley off the Wolfson WM8741 DAC's 2.44Vrms RCA outputs had plenty of spare Susvara headroom. Those stand in as one of the most inefficient headphones to market. By implication, what drives them well drives anything. That makes the Absolute a universal headfi solution on raw drive and gain.

How about noise on the 105dB Final? At even double the 2-3 volume lights beyond actual listening SPL, I heard zero noise when I paused the source. About ¾th of the way up, some background hum began to creep in. Of course nobody would ever listen there so that was immaterial. What the Sonorous X did magnify was a brief ping whenever I tapped a control like the Ω selector. That was microphonic tube response to a miniature physical shock. As a thicker heavier-sounding dynamic design than HifiMan's thin-film membranes, the Absolute's classical tube voicing compounded with the justly named Sonorous flagship. It made them more sonorous. Where steep volume tapers can get too loud too quickly, Manley's gentler slope had plenty of clicks for these high-efficiency headphones. I don't see anyone criticize that arrangement.

To take sonic talk out of the head into the room meant using the Absolute as preamp into the Bakoon. Speakers were our all-aluminium Acelec Model One with Mundorf AMT. Our Nagra is ultra low-fat modern tube life. At thrice of Manley's coin, it's full fat another way. Depending on your approach, the Absolute was either far more heavy-handed or a lot more effective. I don't know how fans of its aesthetic might spin the curtain-down effect at the far end of the soundstage. That plainly foreshortened depth as though a stage hand turned off lights. I'm certain that they'd point instead at a more black-saturated thus darker-hued color palette. They'd celebrate fleshier tone, chunkier textures, mellower edging, softer focus and lazier less caffeinated timing. Transposing all that onto the Serbian ribbon ear speakers expanded these effects. How so? Strip down a car to go faster. Shed all street-legal essentials like mirrors, passenger seats and sundry creature comforts. Hit the race track. If your new-found acceleration and handling become your new normal, it's unlikely that you'd want any speed-stealing items back. Now you'll notice them more than ever before. And the Manley would put them back. So this wasn't a likely pairing. Anyone who loves the Raal ribbons for what they are won't like the Manley. Anyone who loves the Manley for what it is won't get on with the Raal. Which also answers the question about how well I did with that Stereophile cover. 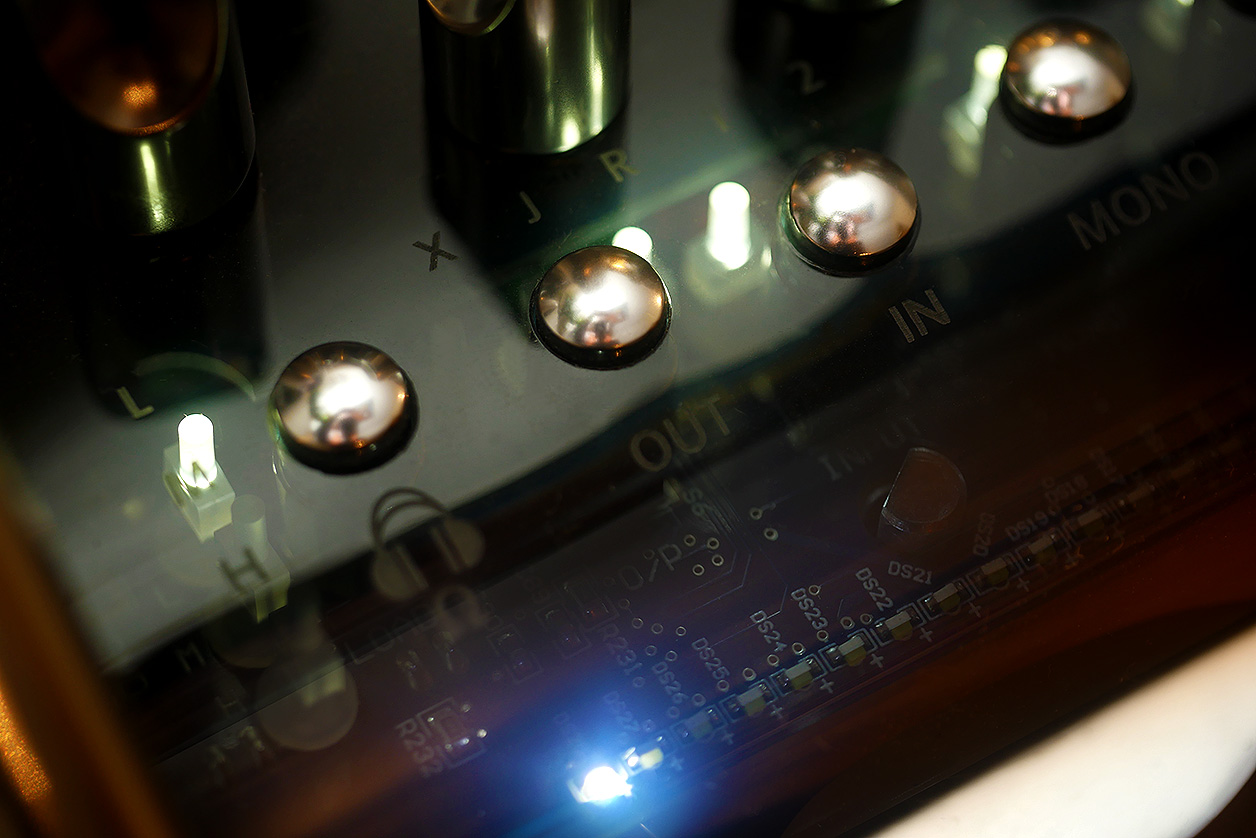 So I can't help that these descriptions spell out vintage valve sound. It was. Our upstairs Nagra and downstairs Vinnie Rossi are two reminders of deliberately leaner hi-res valve sound. After many years of exploring options, these became last men standing. Previously I'd owned tube amps from Ancient and Art Audio to Octave, Trafomatic and Woo. The next stage of my audiophile journey became relocating valves into the line stage to minimize their footprint whilst still getting its essence. Your journey could take the opposite direction. You might hanker for more chocolate body, less curdling lemon zing. You might want an earthier more gravitational sound. You could really want to get away from ethereal airiness or mega-pixel detail that goes far beyond a live experience. Just so, you still might not countenance high-impedance tubes to drive low-impedance speakers with. Now securing your goals in the line-level domain makes the load either the stable high input impedance of a speaker amplifier; or the high impedance of a headphone. Either way, your tubes work less hard to perform better. They'll last longer. As types suitable in that circuit junction, they'll be cheaper than the big heavy-duty power glass. 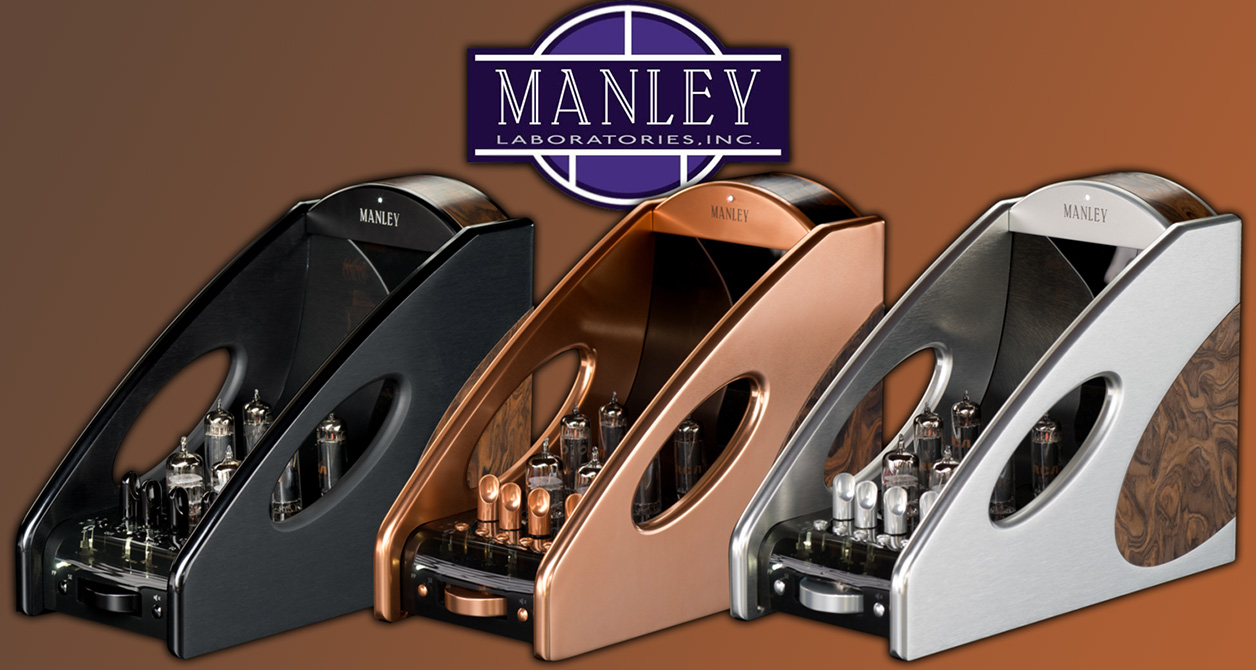 Hello Absolute. What it has over all competitors I know of? Its sheer breadth of possible morphology. Whether it's to learn about the effects of feedback and the different THD behavior of push/pull versus single-ended; whether it's to indulge a particular mood or to optimize/enhance/re-tune a particular recording… the Absolute comes with a bigger tool box. For that it's no sonic puritan or extremist. It's about having fun with the maximum of sonic options, all with a few knobs and switches in one box. It's about realizing that not all moments or music require the same treatment. And what if your taste changes? To quite some extent, this Manley will change with you. For more transistor sound, go p/p maximum feedback. For most typical valve sound, go single-ended zero feedback. Or go somewhere in-between, then add the mild tone controls for more nip 'n' tuck. It also looks very cool in a decidedly neo-retro way. And it's equally suited to headphones and loudspeakers so grows with you if you start with headfi and later add an external amp to drive speakers with. That's where the trick RF remote comes in.

As an unusually savvy selling proposition, all of that is pretty damn unique. Hence the name. Absolute.