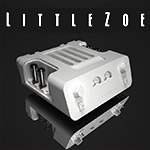 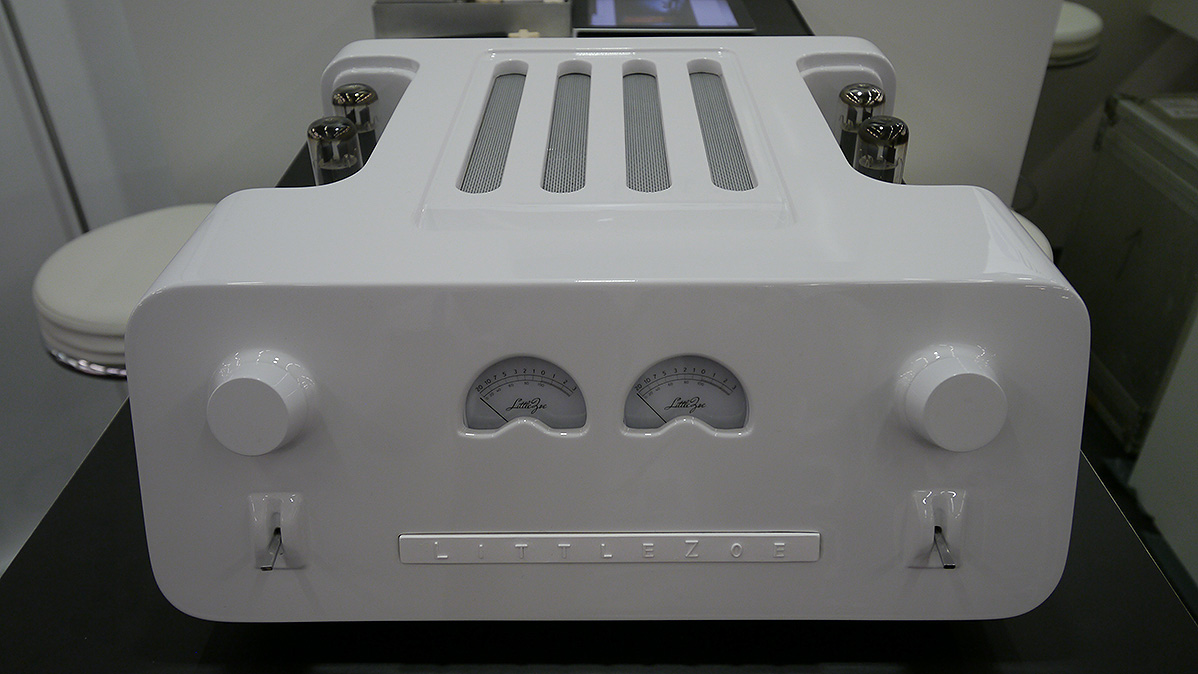 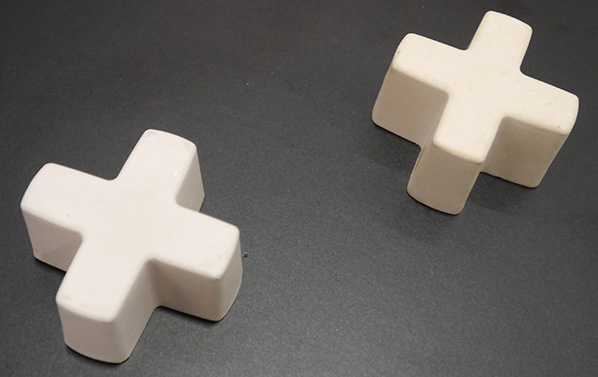 At the HighEnd Munich show 2018, the newcomer's exhibit included their team of Sylvia Ritsoni and Dimitris Karayiannis. With an architect's background, Dimitris applies highly trained discipline to form and function like fellow architect-turned-hifi-designer Jacob George of Rethm does in India's water state of Kerala.

This R&D started with a white resin [right]. Its chemical vendor answered inquiries about how to mold it with "good luck, let us know if you figure it out". Two years later, they perfected casting an enclosure whose subsequent detailing by CNC router ends up with an organically contoured screw-less chassis which plays it dead as a door nail. Last nail in the coffin. Hits the nail on the head. Those poor nails. They are really all looking for a new job. But back to this job.

Instead of effectively migrating vibrational energies like the proverbial train track or metal enclosure, their casing blocks them. Mechanically, transformers, capacitors, coils, resistors and tube sockets no longer talk to each. Silence!

The loudest part of any listening room is always inside the speaker. It's why their makers have long since paid close attention to composite build materials to deaden their boxes. It's the creators of electronics who, at large, remain oblivious that it's now the 21st century. They continue to sell us on the nth coming of the rectangular metal casing bolted together with screws. Little seems the progress of applying modern lab-made materials to our other hifi components. Into this breach steps Little Zoe. Cue up the theme from Bonanza. Wrong movie.

When I interviewed Sylvia and Dimitris in Munich, I quickly realized that not a single aspect of Little Zoe's design was just for looks. Dimitris could give concise technical reasons for any of it. He was a  reservoir of know-how, deliberation and enthusiasm. That electronic circuitry very much cares about what it's housed in I'd had anecdotal evidence for 15 years earlier. Then Grand Prix Audio's Alvin Lloyd had confided of two Arcam integrateds bought for an experiment. One he'd left in its original bent sheet-metal casing. The other's circuitry was transplanted unchanged to a custom carbon-fibre enclosure optimized for resonance control. Now the two Arcams sounded nothing alike even though the only things changed were the damping properties and mechanical integrity of their enclosures. 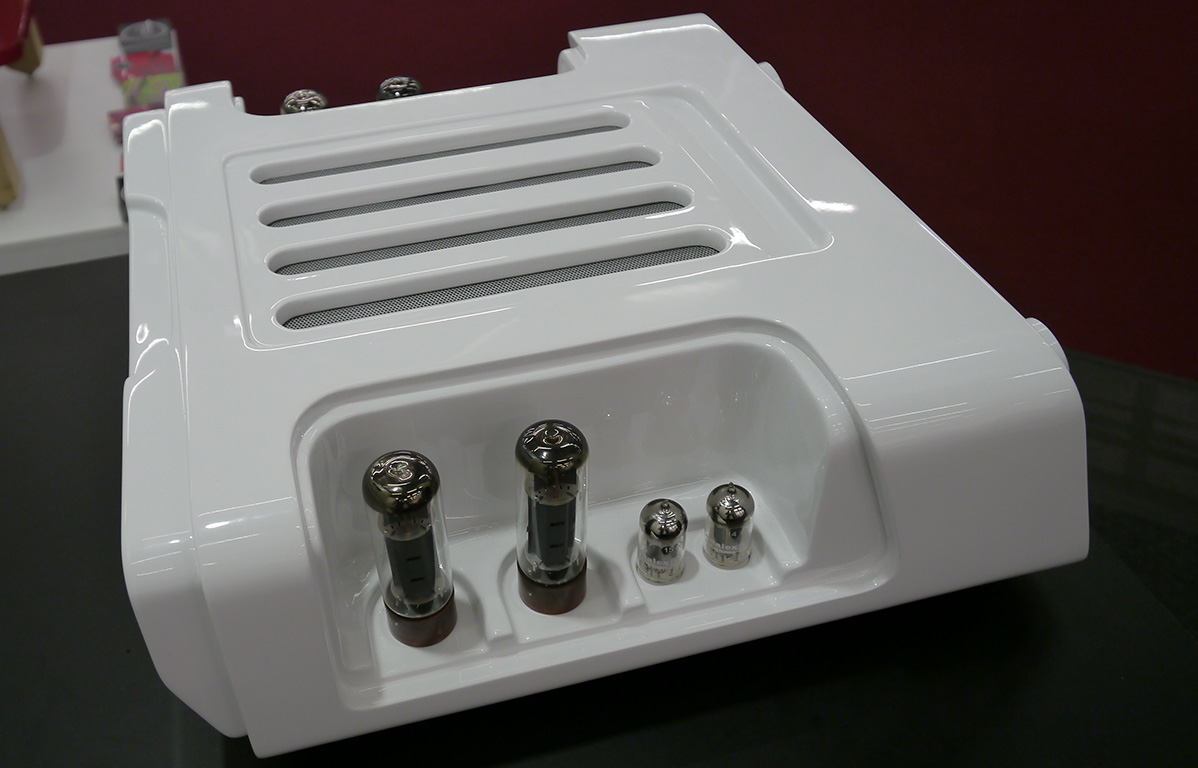 On December 23rd, about a half year past our first impromptu Munich meet, Sylvia checked back in. "We would love to take you up on your earlier review offer. We should be ready to come to Ireland in the coming months. What does your schedule look like?" Standard review protocol only entails shipping. On this occasion of a maiden review with a hefty back story, Dimitris already in Munich had indicated desire to visit in person. He'd need some quality 1-on-1 time to explain Little Zoe's genesis and concept with a fine-tooth comb. Now the time had come to write the next chapter of this story. My Logi keyboard was lit and ready. I just love a good hifi story. This one had all the makings of a blockbuster that might just influence what would eventually follow it. 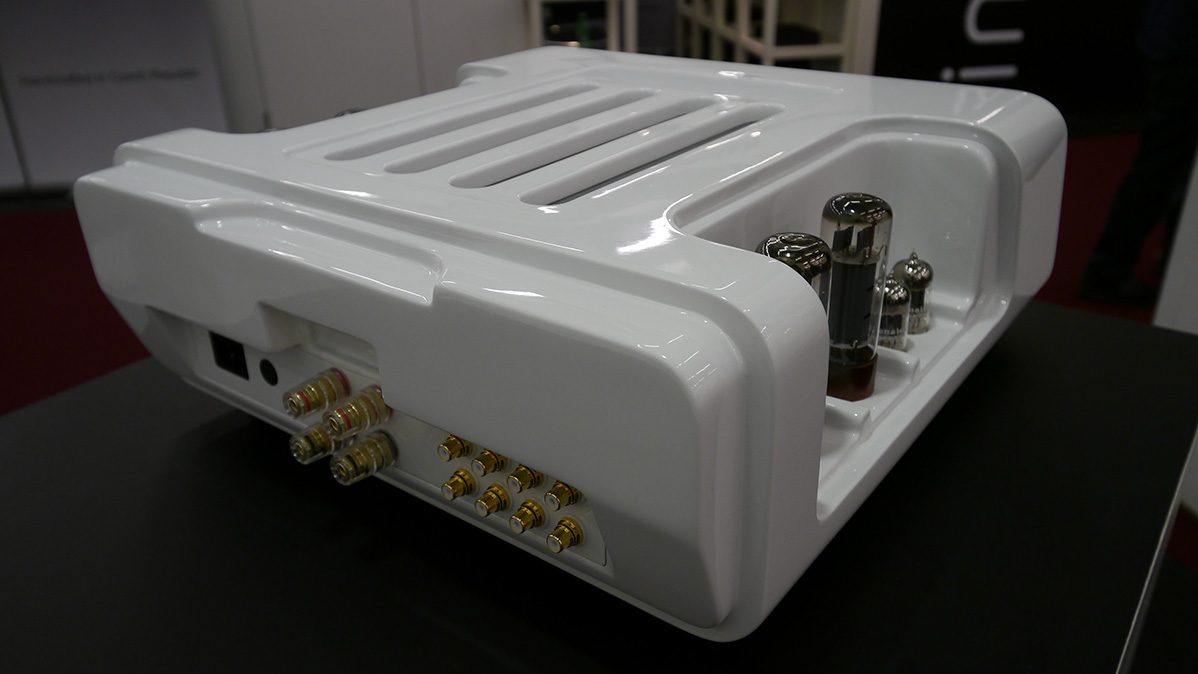