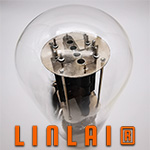 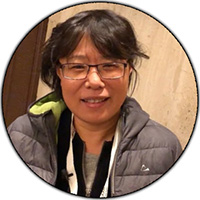 Rachel's pavane. When I first heard of Psvane tubes in around 2008, it had been through Canadian import house Grant Fidelity. Chinese-born Rachel and a partner established it in 2006 to curate the best of ChiFi for the North-American market at fair pricing and with solid support. Like others, I suspected that Psvane was really a misspeller. Had they not aimed at the 16th-century slow dance pavane? I also suspected that Chinese manufacture would probably position Psvane valves below tried'n'tested equivalents from Emission Labs and KR Audio. But as the years flew by, bottles from this Shuguang offshoot acquired a very good reputation and routinely became a premium choice for valve electronics brands to fit with their upscale kit. Grant Fidelity's pre-testing and warranty added peace of mind.

Audio's wheel of dharma turned a few times, then met the end of 2020. Once again it would be Rachel who introduced me to new Chinese tube brand Linlai. Her brief backstory for it is that due to an urban land sale to a real-estate developer, the state-owned Shuguang factory closed in 2019 and hasn't reopened yet. Seeing a high-volume opening, Psvane began to add guitar-amp tubes to their portfolio while some of their engineers split off to launch Linlai. Their current focus is on direct-heated triodes like the 101D, 2A3, 300B, 805 and 845.

Setting up modern tube manufacture is no walk in the park. We know the excessive delays of Charles Whitener's Western Electric 300B relaunch, the quick demise of Germany's Elrog under the original owner before Thomas Meyer rescued them and led Elrog to their current success. In Czechia, stalwarts EAT, EML and KR keep the torch of current tube production lit, in Slovakia it's JJ Electronics. Russia's oldest tube plant Svetlana in St. Petersburg remains independently active as do Ryazan. Reflector Corp in Saratov supply New York's New Sensor with Sovtek, Tung-Sol, Electro-Harmonix, Svetlana S logo and Mullard-branded production. Shuguang were China's biggest export producer of tubes. The far smaller privately owned TJ Full Music enjoyed the more upscale reputation. Takatsuki make a 300B and 274B in Japan. Until now, that covered most current production.

Now there's also Linlai who initially branded themselves Nature Sound until a prior trademark prompted a name change. The yellow logo remained unchanged.

Rachel sells her Linlai selection through the new PremiumVacuumTubes website to which her prior PsvaneTube URL rolls over since December 15th. Under it she continues to offer Psvane but now also Linlai stock. Already announced are more Grant Fidelity Special Edition tubes.

"In short, we've selected and sold high-quality tubes from China for over a decade. Past experience tells us that Linlai are a brand with great potential for both sonics and reliability." The name Linlai derives from an ancient Chinese poem which praised the beauty of music.

To learn about Linlai sonics, French contributor Joël Chevassus signed up for E-101D, E-300B and E-845 samples. My Vinnie Rossi L2 Signature preamp could roll Linlai's E-101D, E-300B and E-2A3. For their E-Series 2A3 and 300B, the plates are 'ultra-pure' carbon-coated permalloy. There's no top contact between 4-pole filament and glass to minimize microphonics. Bases are metal-sleeved ceramic with gold-coated pins. Domed glass bottles are standard not over-sized to fit all gear. The 101D uses a 2-pole titanium alloy plate with gold grid.

As Lin Biaozhi Electronic Tube aka Linlai say about their company—the full name is Changsha Qiangsheng Electric Light Source Co.— they're led "by the ex-VP of Production of the Psvane tube factory, Mr. S. J. Li, a Chinese navy veteran now in his mid 40s but with decades of experience in vacuum tubes. Li joined the Chinese army at 18 and spent his military years in the Navy Fleet Missile Division in Northern China, a region that was and still is highly critical for China’s military defense for the Capital Region of Beijing. Li acquired his knowledge of vacuum tubes because many Chinese military defense systems during that time used vacuum tubes and the navy missile division bought the best quality tube supplies from all around the world. Li spearheaded production for the Shuguang tube factory, the Guiguang tube factory later bought out by Psvane, the Psvane tube factory and now proudly runs his own tube brand and factory in Changsha City. He took along a group of loyal followers from both Shuguang and Psvane and they share the spirit of entrepreneurship. Li is also the mastermind behind Psvane’s acquisition of TJ Full Music’s small signal tube production line after their founder passed away in his 80s."

Linlai is also the design team behind the world's first 300B WE replica. It's why their WE replica 300B/845 are identical to Psvane's. A perfect copy is a perfect copy. They already have more than 20 years of large-scale global vacuum tube manufacturing experience under their belts. Linlai the brand is new, Linlai the brain trust behind it well seasoned.