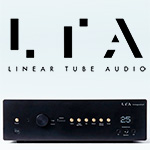 Those brass buttons don't push but are capacitive touch | what to make of those strange contraptions?

Zotl. Quetzalcoatl. Whenever David Berning's zero-hysteresis output transformer-less acronym crosses my path, I flash on the mythical plumed serpent of the Aztec. It's that unusual 'tl' at the end. 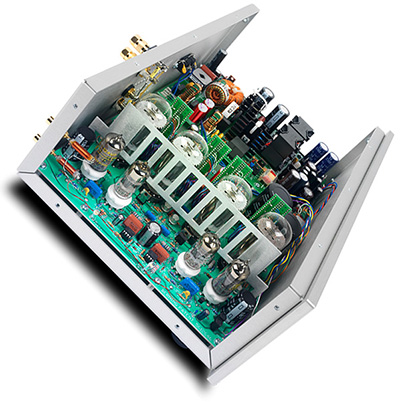 Pass me the bottl of quezl quaff?

It'd be no more out there than his core circuit.

It replaces the heavy iron of bandwidth-choking step-down transformers at the very end of a classic valve amp circuit with puny RF conversion transformers. Their turn ratios can be as high as 1:300.

For an illustration on how not to be like your grandfather's valve amp, consider the Berning ZH-230 with switching power supply at right.

In today's incarnation, the input signal is amplified for 18dB of voltage gain then super-imposed on a fixed HF carrier wave whence his RF transformers extract it a bit like a private radio broadcast. Voilà, more efficient adaptation of high-impedance/high-voltage tube drive to the demands of our low-impedance/high-current speaker loads "without leakage inductance and inter-winding capacitance, core saturation, magnetizing currents and the non-symmetric transient wave forms from transformer-core hysteresis effects."

So the name is admittedly a bit of a misnomer in that it's not really a transformer-less or classic OTL design like Julius Futterman's descendants.

As David Berning explained it in Dick Olsher's 2011 review, “the Zotl is in reality an emulation circuit for an ideal output transformer. It matches impedance just like a transformer and is a 2-way communication between tubes and speaker as is a conventional transformer. The beauty of it is that the Zotl doesn't suffer from the frequency-dependence issues of a transformer that is expected to work over orders of magnitude of frequencies. The Zotl transformers just operate at a single frequency and any non-ideal issues with these do not affect the audio response as they are constant and would be like having a constant resistor somewhere in the signal path." 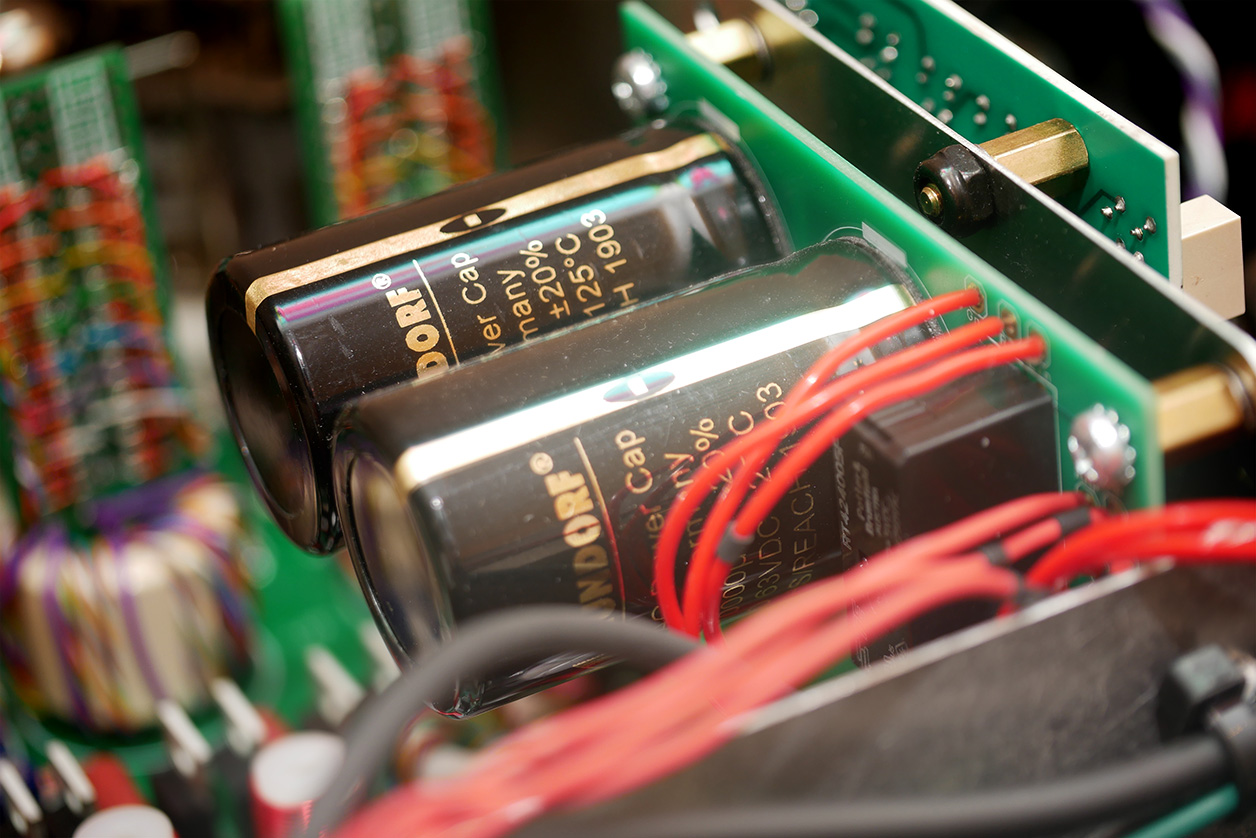 If you want to read the patent, go here. Berning's circuit has the added benefit of running its auto-biased tubes at twice the normal voltage but only 1/3rd the current. Claimed tube life blossoms to easily beyond 10'000 hours. That's the valve hifi equivalent of age-related bio hacking.

The trouble with cutting-edge bio tech is expense. Only the rich get to partake. So aging Rock stars jet to Montreux to have their drug-polluted blood re-oxygenated thus purified in a private clinic. I drove past it many times when still headquartered in Vevey. As long as he had to hand-build all units himself, similar exclusivity held sway for Berning gear. Production volumes were limited, prices higher and David himself would probably admit that his forte is in advanced circuit design, not running all of the aspects of a one-man hifi enterprise. 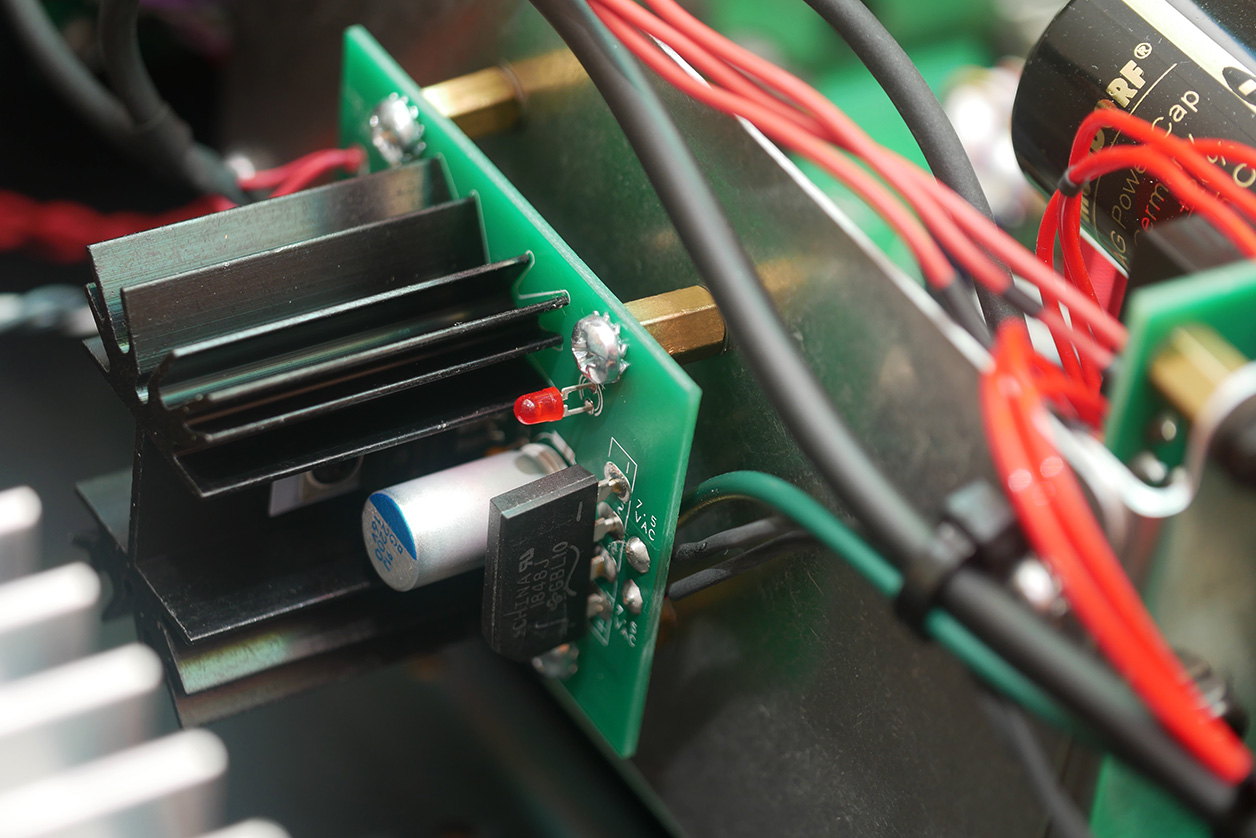 The people who've actually heard rather than just of his legendary amps aren't many. My Swiss friend Dan still uses his custom Siegfried with VT52 as hand-built by David which I heard in glorious action many times. Consider me a remote member in good standing of the Zotl cult, no blood sacrifices involved. 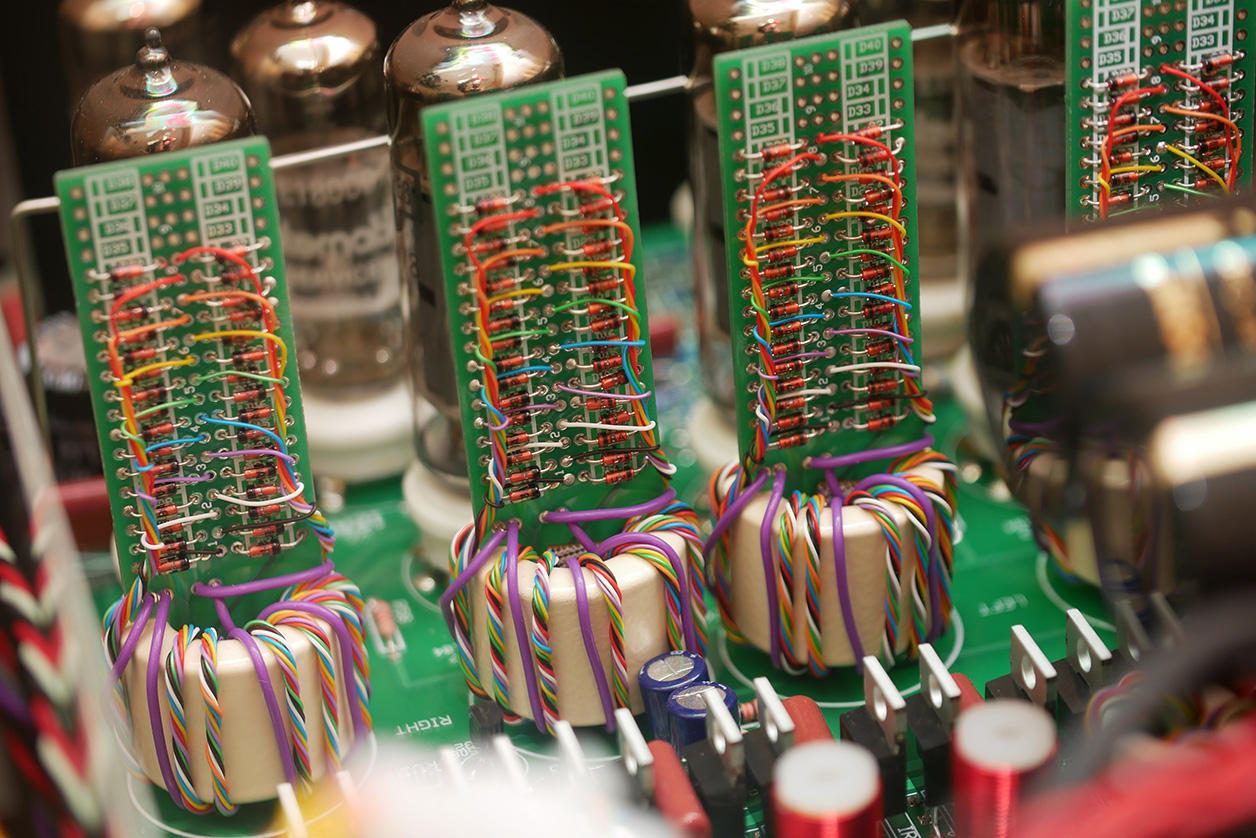 To classic tube aficionados, today's circuit is just as alien as Quetzalcoatl must have been to the conquistadors.