Another staging gain was superior ambient recovery. This isn't about image localization or scale but the keenness whereby we feel 'relocated' to another venue. I checked on that with the well-reviewed complete Beethoven Sonatas of pianist Igor Levit; premium fare over the Lindemann! Atop already mentioned virtues, the Source also sorted out the venue parameters of size, shape, diffraction/reflection, acoustic reverb, direct and reflected sounds in such completeness that I really believed to be more or less in the performance location.

I assume that this was ably aided and abetted by very low distortion and noise as well as the even tonal balance and stupendous microdynamics. Even better, this held up at whisper SPL. It's a well-known fact. Reduce the volume only to shrink the soundstage. Not with the Source. That's rare. I'd only heard that once before with the thrice-pricier AVM Ovation MP 8.3 network streamer. 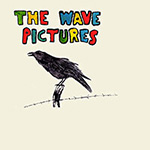 To wrap my auditions, say hello phono. As expected, that proved to be more than just a convenience feature. It too exhibited a very low noise floor aka blackground against which the music could contrast. Here too I heard crisp timing and fleet-footed articulation. Wave Pictures' "Tropic" [City of Forgiveness] is a legendary groove despite its metronomic drums. Over vinyl it was a hoot. How so? It manifested a very believable 'live' stage. Bass, bass drum, snare and twangy guitar kicked and slammed. Particularly the midrange expressed micro nuances which proper vinyl replay ought to. Tonally the phono sound gently tapered off in the treble which relaxed the raw guitar solo at the end. I've heard that with more bite and screaming over other phono kit. Obviously the musicbook can't keep up with a €5'000 Acousticplan Phonomaster or €3'500 Musical Fidelity Nuvista Vinyl. But it will beat more than one external box in the €500 class.

In short, Lindemann's musicbook:source has successfully evolved a proven concept. The loss of a few digital inputs but win of phono has rebalanced the streaming/vinyl equation to follow the call of our times. But this evolution exceeds mere featurization to inform sonic excellence beyond prior musicbook incarnations. Rather than a rewrite, this has meant optimization tweaks to rev up microdynamic resolution, image specificity and ambient recovery. I've rarely heard a machine in this price sector whose digital section was this unruffled, musical, precise and resolved. Throw in good vinyl performance, analog volume, a ¼" headphone socket, Lindemann's stable/intuitive app and the new musicbook:source shines brightly indeed.