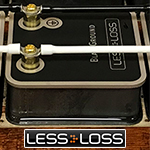 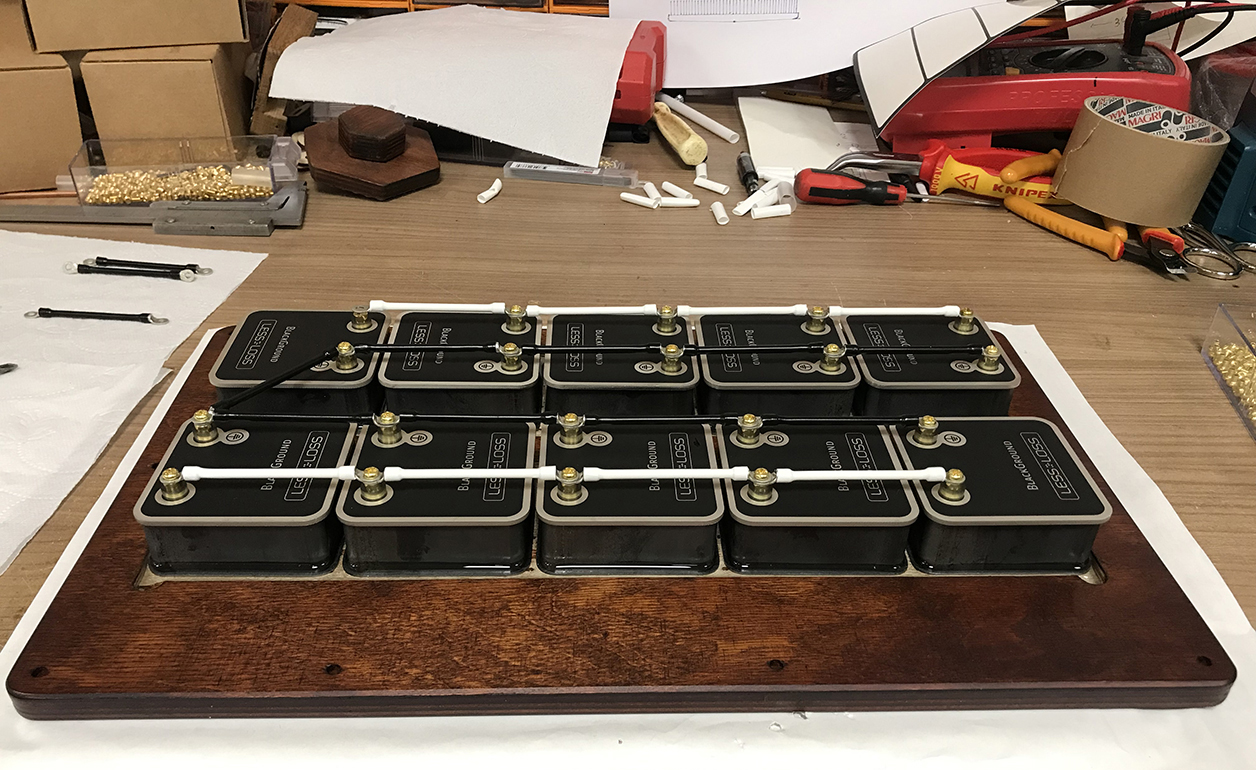 Despite its name's second half, the LessLoss BlackGround isn't a new virtual ground box. It's also no current conditioner to replace AC filters. Concept creator Louis Motek sees the BlackGround as a low-impedance path for noise on any line which carries a voltage, be it the send/return legs of our signal wiring and circuit traces or the power line's live/return. His box aims at cosmic particle radiation which constantly bombards us on a sub-atomic level. It purports to minimize its interaction with our music signal. We might call it an ambient field conditioner similar to how certain proximity devices focus on reducing our exposure to electro smog. While the theory behind the BlackGround is cosmic so out there to any multimeter, its effect can be ascertained most pragmatically. Either we hear a positive difference or not. If not, money saved. If we do, we might even call the BlackGround an awareness-raising tool. Though we mentally acknowledge cosmic radiation with the Northern lights and strange electrical behavior during violent sun flares, we're otherwise as oblivious to it as we are to invisible infrared waves, FM, radar or WiFi radiation. All that's until we press a remote and something happens, listen to the radio, get a speeding ticket, receive a cellphone call, suddenly have zero bars… or notice sonic changes with today's mystery box. As audiophiles we've trained our ears. We pay close attention to anything that changes our sound even if we haven't the foggiest why it changes; or strong beliefs or at least preferences why it really shouldn't. And sure, superior sonics from this LessLoss box still don't prove Louis' cosmic connection. But even cynics won't care. They're already grooving to better sound. Does the 'how' still matter? "Don't be a bore, baby." 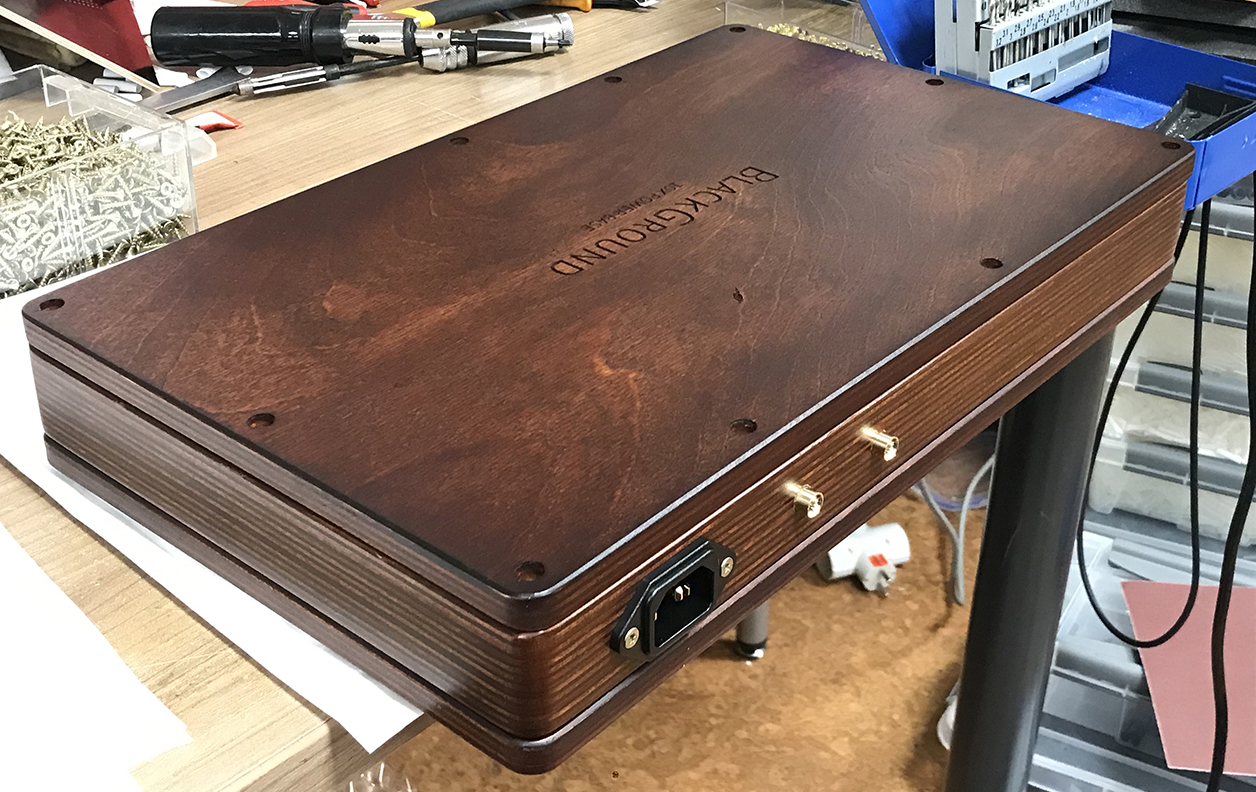 Such an attitude allows both serious skeptics and practiced voodoo fans to partake. The latter will probably think it quite unlikely that any designer could arrive at an invention following a very particular logic only to have his logic proven 100% wrong while his device works. Either way, implicit in all of it is novelty factor. What the BlackGround claims to do no other audio device I'm familiar with addresses. It's a cure for a disease which nothing before has tackled in this manner. Clearly the disease isn't lethal or we'd all have given up on our hifis long ago. Whatever this disease might be, it's been far too deeply embedded to be diagnosed or acknowledged. It'll be only after its influence has weakened enough that we notice a change. Perhaps it'll be a bit like an immune system suppressed by long-term exposure to antibiotics which bounces back with the right nutritional and supplemental regime? I deliberately phrased it weakened influence. Louis says that his Blackground works cumulatively. More units do more. He also says that exposure duration trumps proximity. The effect takes a while to kick in, then more time to saturate fully. It's nothing like a light switch. But neither is it 500-hour break-in by which time we wouldn't have a clue. We're talking perhaps a day. As proper listeners intimately familiar with our system, now we still should have a clue?

I accepted the implied challenge (cough!) but not without first clarifying rules of engagement. If the BlackGround works with proximity, takes a while to come on song, has no off switch – how does one cut its influence back to zero for a clear with/out comparison? How far away from the test hifi must it be taken to disappear? How long must one wait before it has gone quiet? These are key questions to answer for doing meaningful comparisons. If a system splits in twain like mine—front-end stack on the side wall, amps between speakers on the front wall both fed by discrete power distributors—what's the best location for a single BlackGround? And, is it better plugged into a spare wall outlet or a spare in an AC conditioner? What's the single pair of banana sockets for? "We're keen to make this tech available to all. Hence the modular approach of the turnkey versions, the 10x Power Base, 10x mono Speaker Base with two banana sockets and 8x stereo Speaker Base with four banana sockets. We in fact began with the DIY module as the individual square which parallels inside our wooden bases. The 10x Power Base already includes ground potential via its power cord. Its two banana ports can now connect to two 10x mono Speaker Bases without the need for additional power cords." 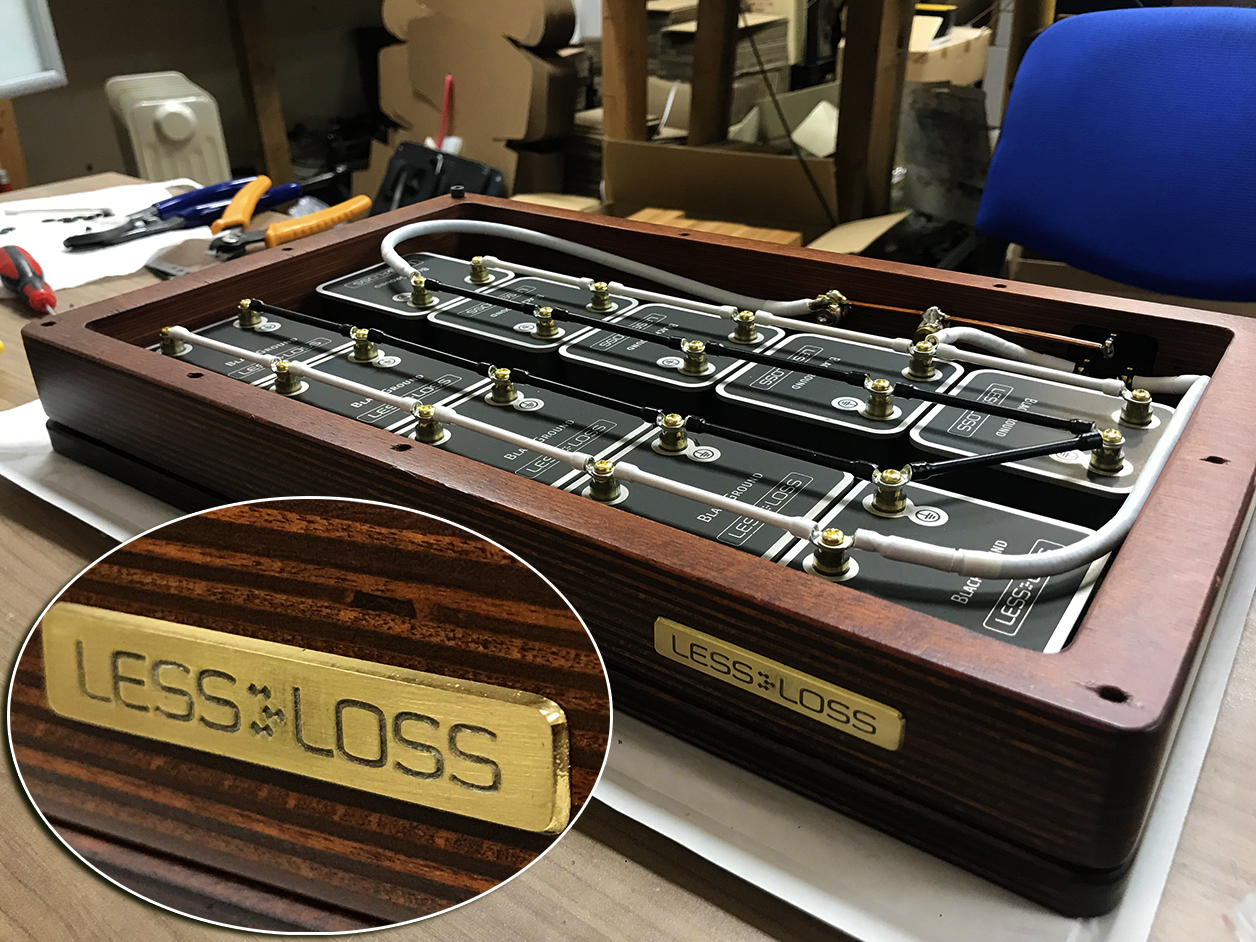 "The concept is a continuation of our original and v2 Blackbody and now connects the field's proximity effect directly to wired contacts and voltage parity inside the device. This creates far greater results and is infinitely more user-friendly. It's impossible to assign hard numbers but for the sake of a rough idea, I'll say that half the effect comes from just sitting there without anything being moved or plugged in. The other half occurs with the wired connections where all cables act as antennae. As you can see, we're slowly converging all our products into an interoperational family even cosmetically. This will include our upcoming New Horizons mono amp. Our new less costly C-Marc Prime power cord has half the conductive cross section of the C-Marc Classic so fewer copper/cotton layers to sell for $486 delivered in any length up to 2m. That's ideal for the IEC connection to the BlackGround. For placement of a single device we always recommend putting the 10x Power Base closest to the source. For an A/B, I'd say do the B before the BlackGround arrives. I'm pretty sure that once it's in the house with in-wall wiring in every room, all systems will respond. So you'll be with that challenge. Surely you'll hear closer/further but we must allow for time to pass as the effect is rather like carrying a torch into an underground dungeon. If the torch passes a damp dark hallway quickly, it will briefly leave remnants of its heat and aroma. If set on a stand by the wall of any specific chamber for long, upon removal you'll still feel remnant heat and smell in that chamber for rather longer."