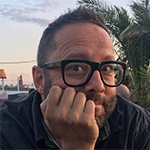 No one forgets their first record but nearly everyone lies about what it was. I'd like to tell you that my first plunge into the pool of music consumption was Talking Heads' Road To Nowhere or Peter Gabriel's Sledgehammer but it wasn't. As a 10-year old it was a 7" long-forgotten single by Earth, Wind and Fire. For shame. The first signs of maturity didn't begin to fire in this brain until the mid 80s. Thatcher's Britain was a dank place—Miners' Strike, Falklands War—and I was too young and naive to pick up on New Order or The Cure. Back then such music was too alternative and far more intimidatingly upstairs in my local record store. Soon after my Dad brought home Stop Making Sense from the record library, I developed a singular obsession with Talking Heads. To my 13-year old self, it sounded like pop music that had somehow lost its balance: concussed, dizzy, disoriented. It and I connected. I bought the follow-up Little Creatures and gorged on its lyric sheet as I listened repeatedly during a rare few hot weeks in June. I already had the 7" picture disc of that aforementioned hit single, the very same that sported an equally mind-bending video. 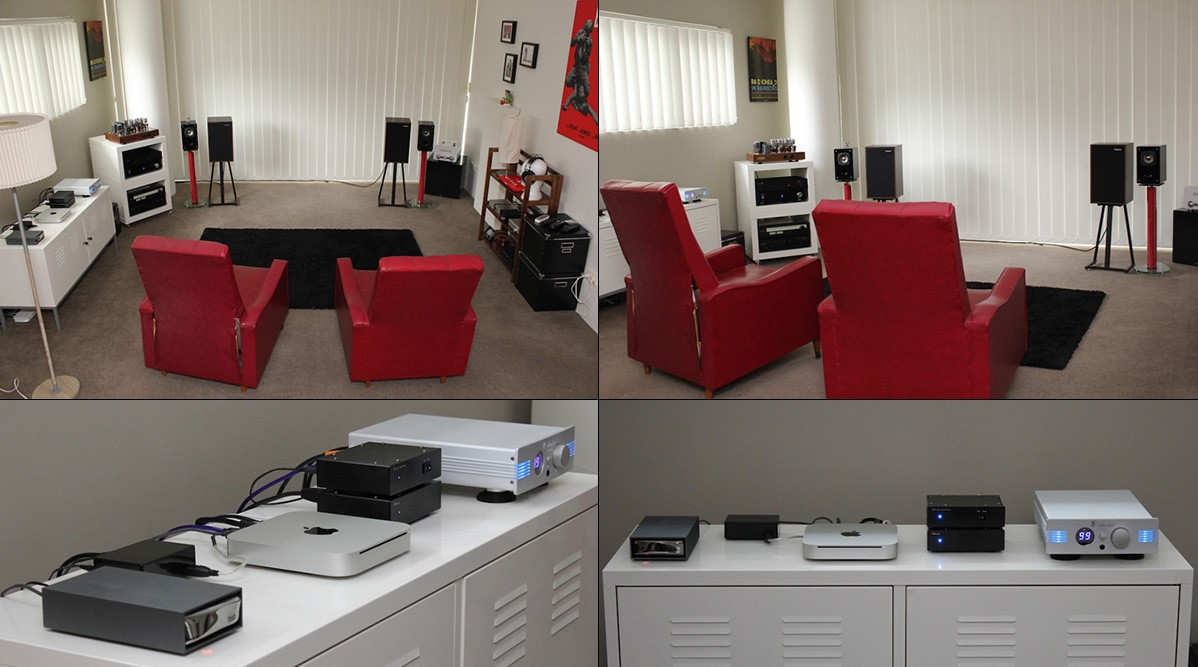 So there it was, my very own road to nowhere. I had started a vinyl collection to which I added quickly. Piling moving pictures onto music I watched my newest treasure, a freshly minted VHS of Stop Making Sense the movie. It stands as my most favoured visual/musical experience ever. Memory is a swinging door. It still causes embarrassment to swell from within when I think back to my childish and ridiculous desire to own a big suit. I had just turned the corner into teenage-dom and my friends were listening to Wham and Pet Shop Boys. I was a geek with geek tastes but not the fashionable geek of this post-modern hipster-driven age. No, I was the geek who ore unfashionable glasses, got bullied at school, always did his homework and listened to Talking Heads. How very eighties. To this day, each time David Byrne tours I go to as many shows as I can afford. The man still has it. He's still pushing envelopes whilst simultaneously giving appropriate nods to his former band's nostalgic appeal.

When someone suggested I consider extending this singular branch of music taste—beyond that one band from the late 70’s New York New Wave—I went down the rabbit hole never to resurface. That same record library was my gateway to new worlds. All vinyl, I borrowed records with interesting covers and unreasonable amounts of surface noise. I still wish I could hear The Waterboys' debut with that turbulent undertow endlessly appended by less careful borrowers. I have it committed to memory in a way that those awful sonic disturbances were integral to the way Mike Scott intended it. The Waterboys led to my discovering World Party's debut album, listening to which now is one of the few mental connections I still have with my 15-year old self. Ain't music weird? And powerful. 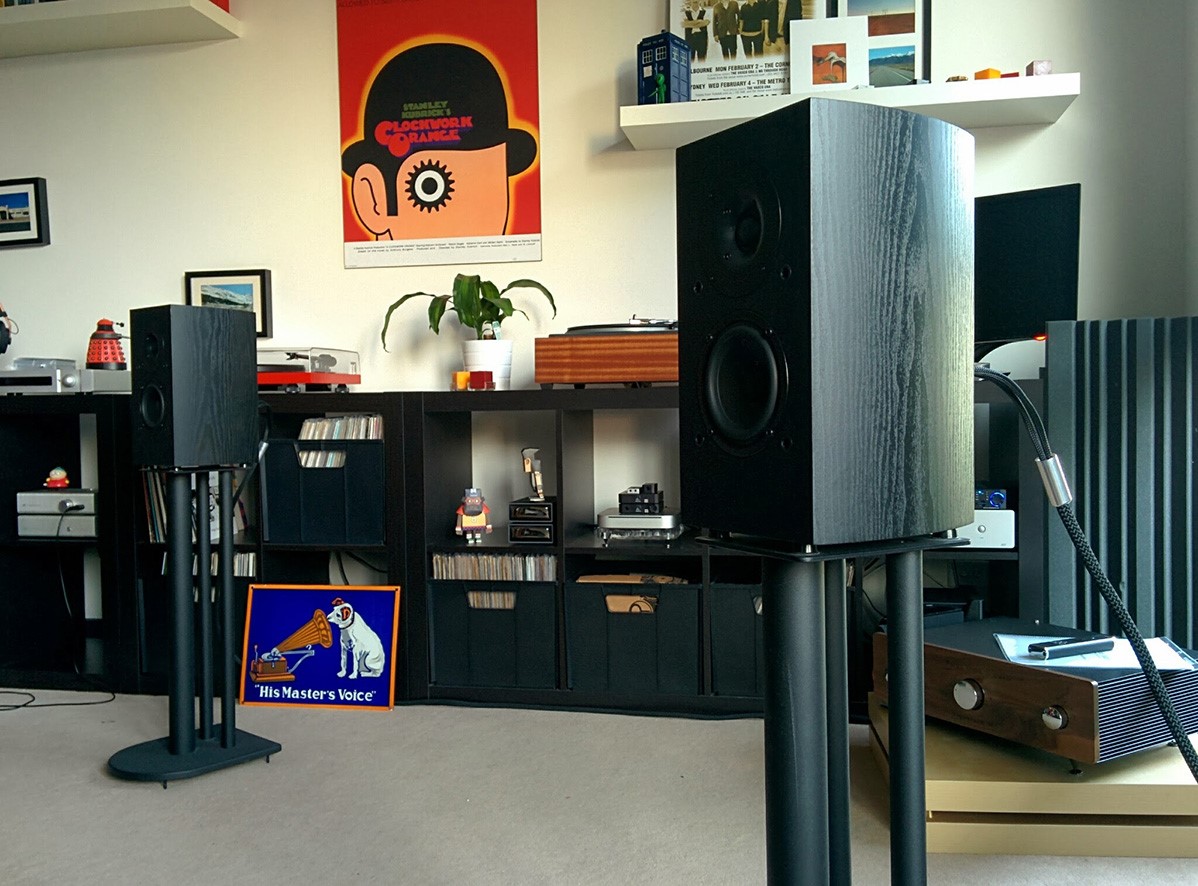 Channel 4's The Tube fronted by a younger more foul-mouthed Jools Holland turned me onto Matt Johnson in 1986. I awaited the release of Infected like a second Christmas. The wait was agonising but listening for the first time to those synthetic drum shards and then energised bass notes by way of my Dad's Dual turntable, Sansui AU-217 amplifier and (boxy!) B&W speakers blew my mind. No one forgets their first truly visceral music listening experience. That was mine. I've since purchased a Sansui AU-217 integrated to tap some of that heady nostalgia. University bore witness to two critical points in my music appreciation evolution. One was my ditching of vinyl in favour of CD. How that collection grew so very quickly from two desktop rows to a full set of shelves to several thousand silver discs. Two was my exposure to electronic music. And Bob Dylan. The latter needs no explanation to those who get him (or those who don't). Dylan is Dylan and I can think of no finer musical innovator spat from the 1960s than he; 'cept maybe Neil Young. Oh, and Tom Waits. Never forget Tom Waits. These were (are!) musicians creating richly crayoned songs. Songs as portrait paintings. 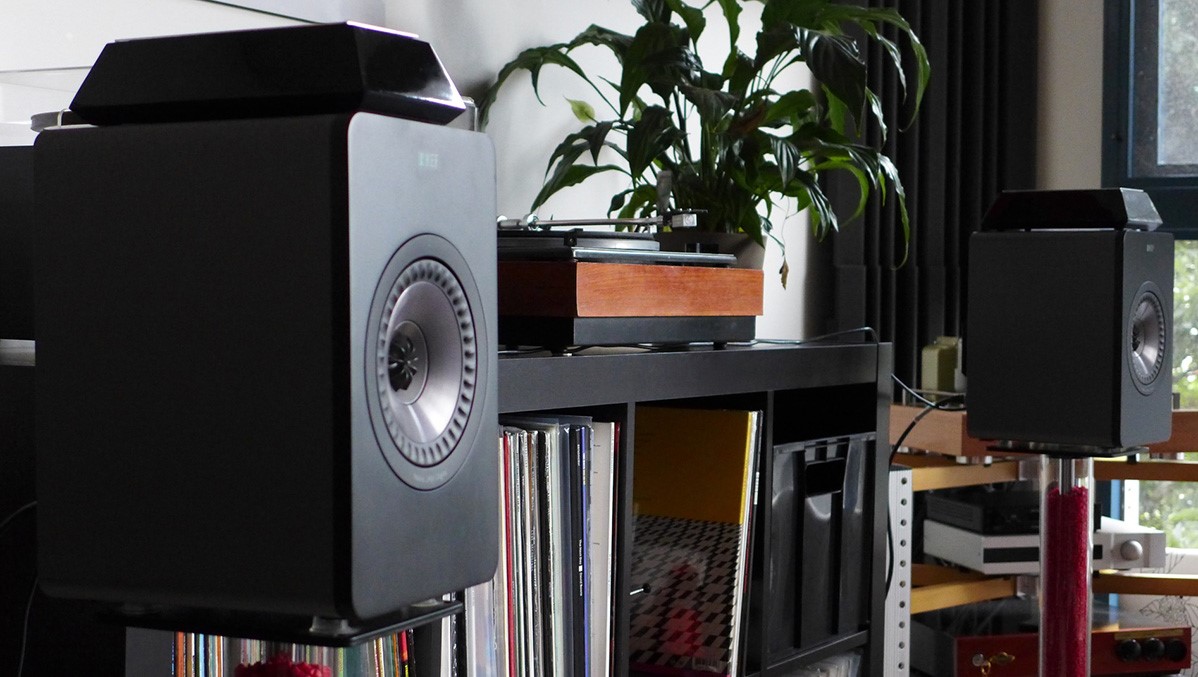 1992 saw my first exposure to ambient music. The Orb's U.F.Orb. On first listen I didn't get it. On second listen I didn't get it either. It took a good old-fashioned dose of heartbreak, Twin Peaks and damn fine black coffee for its music-as-landscape painting to fall into place in my life. Oftentimes it takes a traumatic experience to open one's mind to something unusual or unfamiliar. From that tiny singular shoot grew my deep fascination with the mechanical anonymity of electronic music. I lived mostly on the IDM side of the tracks. The physicality of 'bass' music never really grabbed me. It were the otherworldly science fiction-tinged releases from The Irresistible Force, FSOL, The Black Dog, Biosphere and Global Communication that really took hold. The X-Files being one of the biggest TV shows at the time lent Warp Record's 1990s releases additional cross-cultural gravitas. It was dance music you could think to.

I live on a different continent now. The Smiths and Pulp are harder to enjoy in sun-drenched Australia. Theirs is a very British suburban claustrophobia that just doesn't gel with a more optimistic-feeling country. Instead artists such as Bright Eyes, Built To Spill, Arcade Fire and The Hold Steady hold greater sway in my daily listening habits. Ditto Dylan and Young and Bowie and Waits. Nick Cave is Australia's finest songwriter and never fails to act as a heady reminder that listening to music is an emotional and sensual experience which for me at least keeps in check the fascination with the gear that makes it happen. 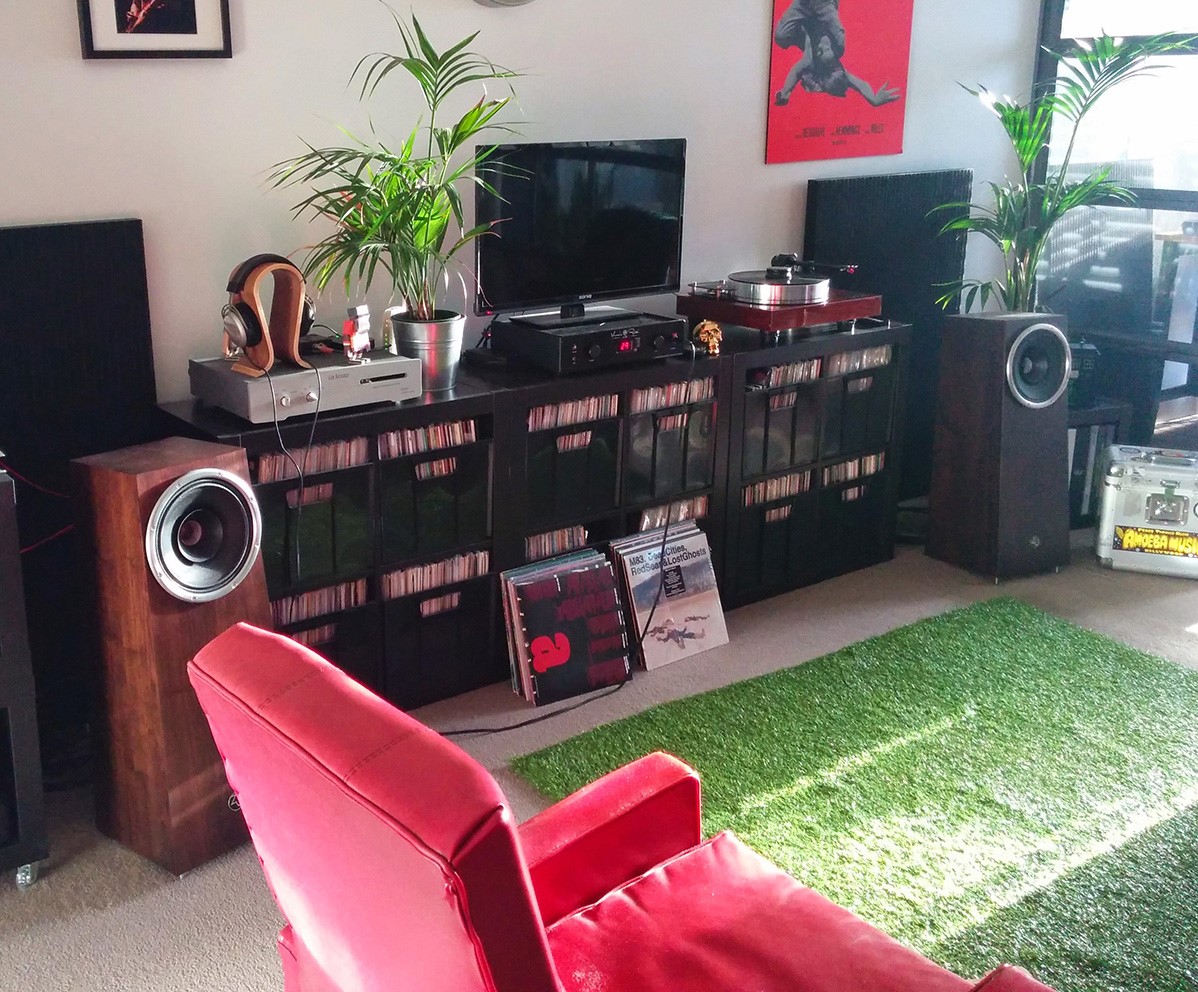 No one forgets their first hifi system and few people lie about it. I wish I could tell you that my first system proper was a Rotel integrated and a pair of Mordaunt Short stand mounts but it wasn't. Some horrific Sony integrated preceded the Rotel. For many years the source du jour was a midi-sized Sony CD player until I snagged a Marantz CD-63 with one of my first post-University pay cheques. You will note nothing too luxurious in my 1990’s hifi shopping list. 'twas strictly a Julian Richer inspired decade. 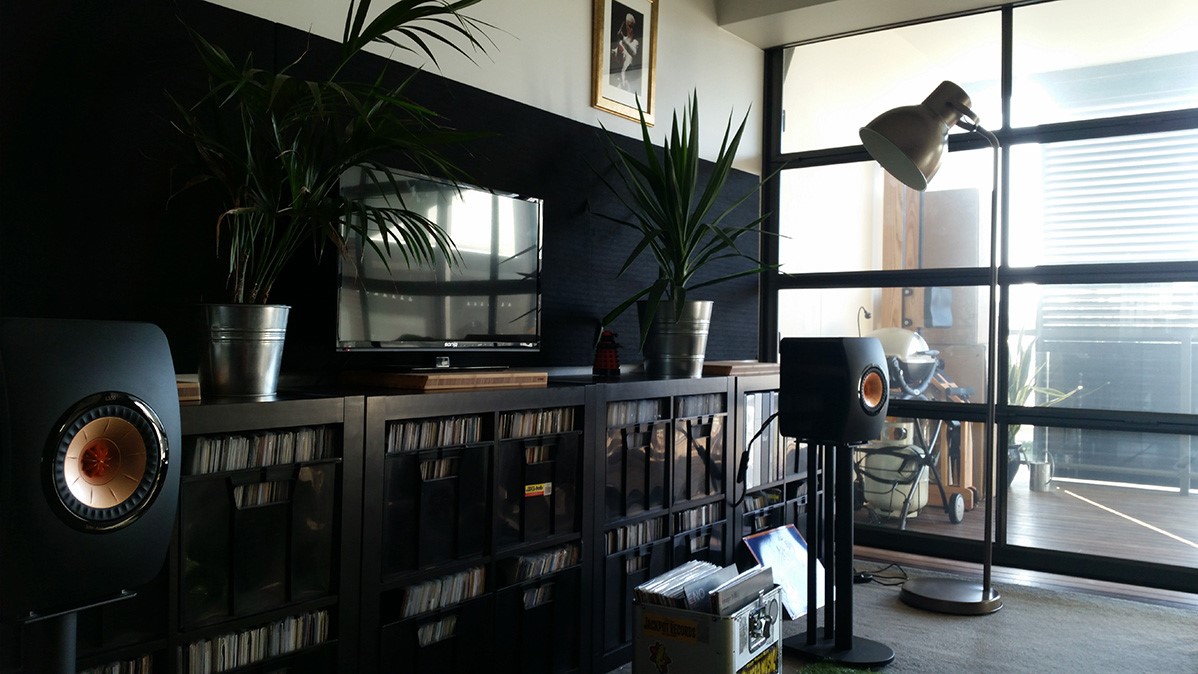 Down under I was quickly exposed to many more Rotel integrateds, something from Arcam, something from Cambridge Audio (the model designed by Mike Creek), the bottom rung of the Redgum ladder (the RGi35) and most of the Krix range. These latter two brands tugged on an inner Australian pride. I worked my way from Brix to Equinox to KDX in the space of six months. When Talking Heads' catalogue was issued in surround sound in the mid noughties, I merged all my Krix boxes into a 5.1 configuration and had a ball with all-consuming listening experiences from Byrne & Co., Kraftwerk, The Flaming Lips and New Order until within a further six months I went back to a strict stereo diet fed by successive models of Slim Devices' life-changing Squeezebox. My interest in digital front ends had been piqued. A world with a new language: EAC, secure rips, FLAC, id3 tagging, transcoding. Then came DAC lust. A way to make that Squeezebox sound better. The best (only!) way of sampling each model's unique and subtly different flavours was the all-revealing in-home audition. Few stores sold DACs so a swift honing of buy-try-sell modus was necessitated. Said M.O. was later extended to encompass all manner of hifi componentry. I heard more gear in two years than most (sane!) folks would be exposed to in a lifetime. I started to document my experiences at www.digitalaudioreview.net.au trying to share the sounds that I heard via analogy and metaphor. Every hifi reviewer needs a hook from which to build a bridge to the reader. 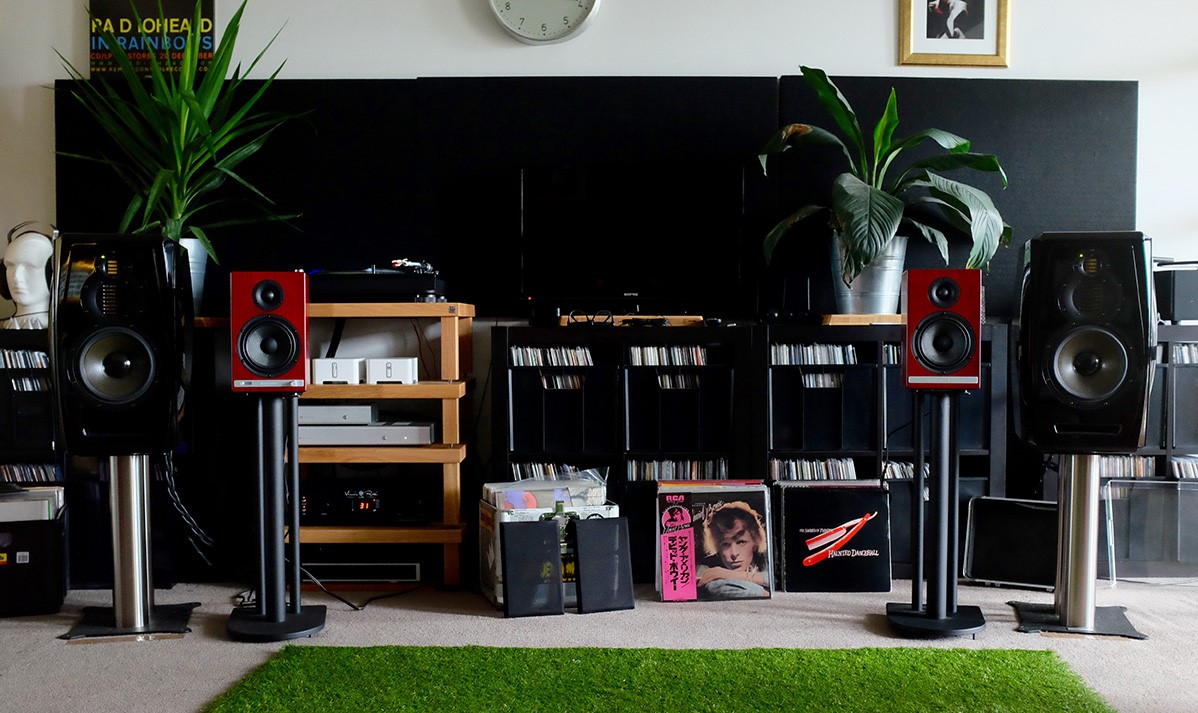 Now ensconced among multifarious pieces of kit I find most pleasure in simplicity, in engagement (rather than detail) and in fun. Tubes or solid state?  Either/or. Vinyl? Nope. CDs? Nope. All physical formats are now in storage and my front ends are strictly digital. It's easier to put together a system that sounds good with tens of thousands of dollars at one's disposal—nothing wrong with that—but real audiophile joy is getting scary close to that sound for a fraction of the outlay. That's fun. Paddy McAloon once wrote: "Words are trains for moving past what really has no name". My writing about music and its attendant reproductive hardware is an attempt to get more travellers aboard. In residence back then were digital transports from MacMini (2010) + Audirvana to a John Kenny-modded Hiface MK2, Audio-gd DI + PSU, Logitech Squeezebox Touch (w/ Soundcheck mods) + Red Wine Audio Black Lightning power supply; digital decoders from Audio-gd Reference 7.1 to TeraDak Chameleon and Anedio D1; amplification from Weston Acoustics Troubadour to Trafomatic Aries, Exposure 2010s2 and Sansui AU-217; loudspeakers from 47Labs Lens to Rogers LS4a, Usher S-520; and headfi from Schiit Lyr to Heed Canamp, AKG K-702 and Yuin PK2. 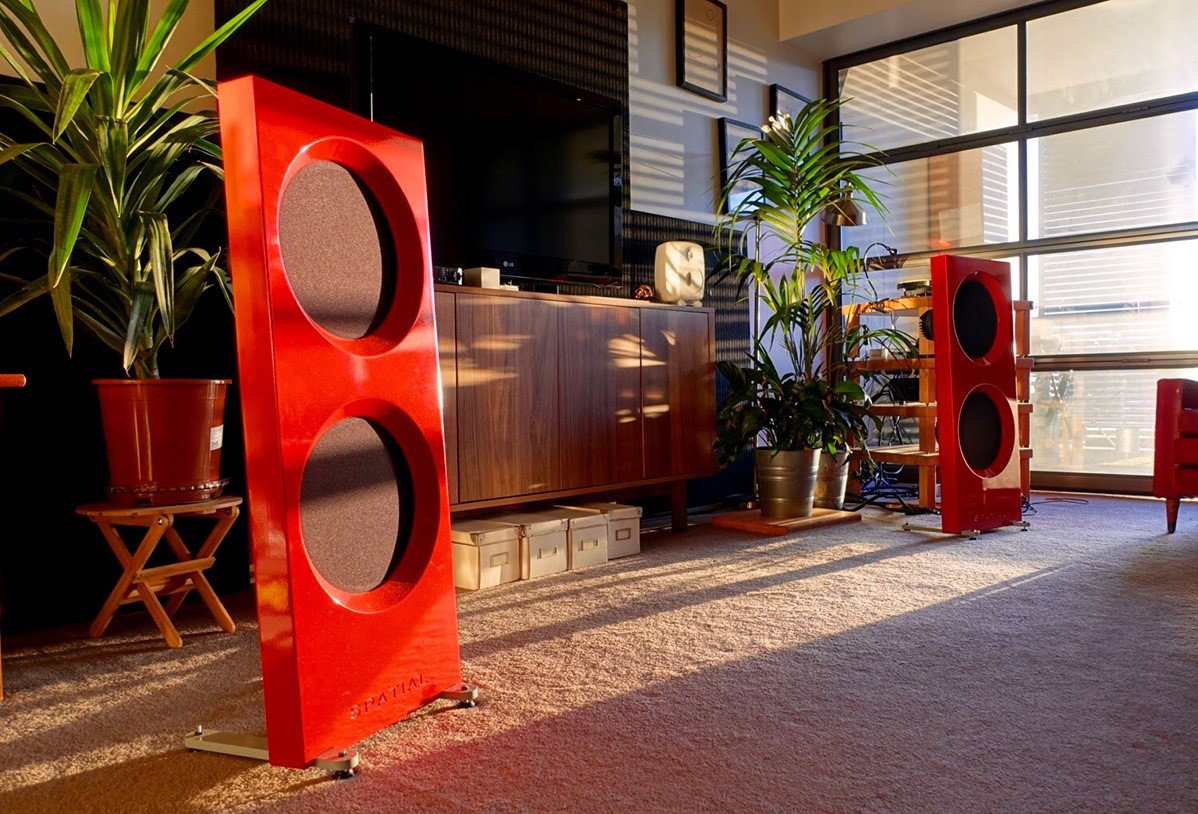 In hindsight it's hard to ascribe details to each system permutation but mainstays over the past few years have been the Vinnie Rossi LIO and KEF LS50. Ditto a Pioneer DJ turntable and entry-level speakers from Andrew Jones. Bubbling away in the background these days are a Schiit Jotunheim and the Chord Mojo and Sennheiser HD800S but before that I was a massive fan of the HifiMAN HE-1000. 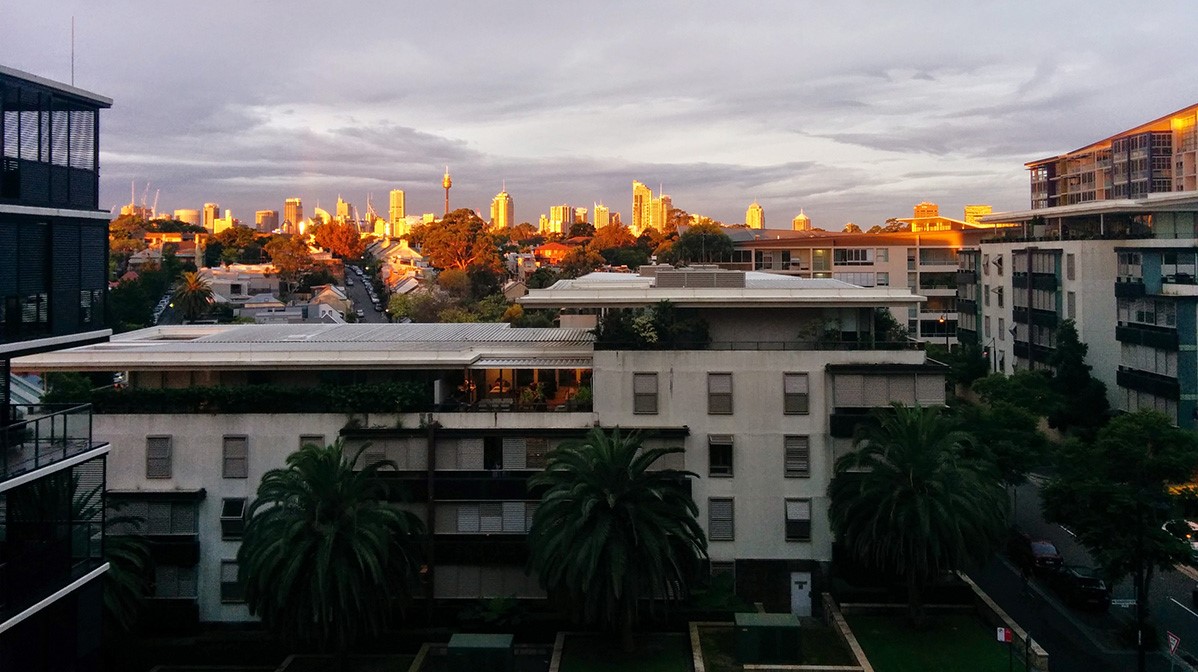 After John settled into Berlin, the URL of his site changed from digitalaudioreview.net to darko.audio.