I was less surprised by what usually happens with better digital where soundstaging improves and resolution rises. The same was true for the Innuos switch. My first setup compared it against a direct router connection into the Innuos Zenith KMk3 or Audiodata MSII server. The effects were identical for both. There was little doubt what the high-end switch contributed. Vocals and instrumentals had more precise definition and dimensional sculpting. "Wie entgrated" read my notes which translates to "deburred". That referred to image edges that were at once rounder and more accurate so showed less feathering or burrs. With that and the lift of a fine fog, not only did individual images gain in contrast but the entire stage felt more transparent and specific. Particularly the depth dimension gained. With wall-of-sound Rock, that mattered less to not at all but did change significantly on quality Jazz and classical albums whose productions captured actual venue cues. Here the PhoenixNet wrote real profits. 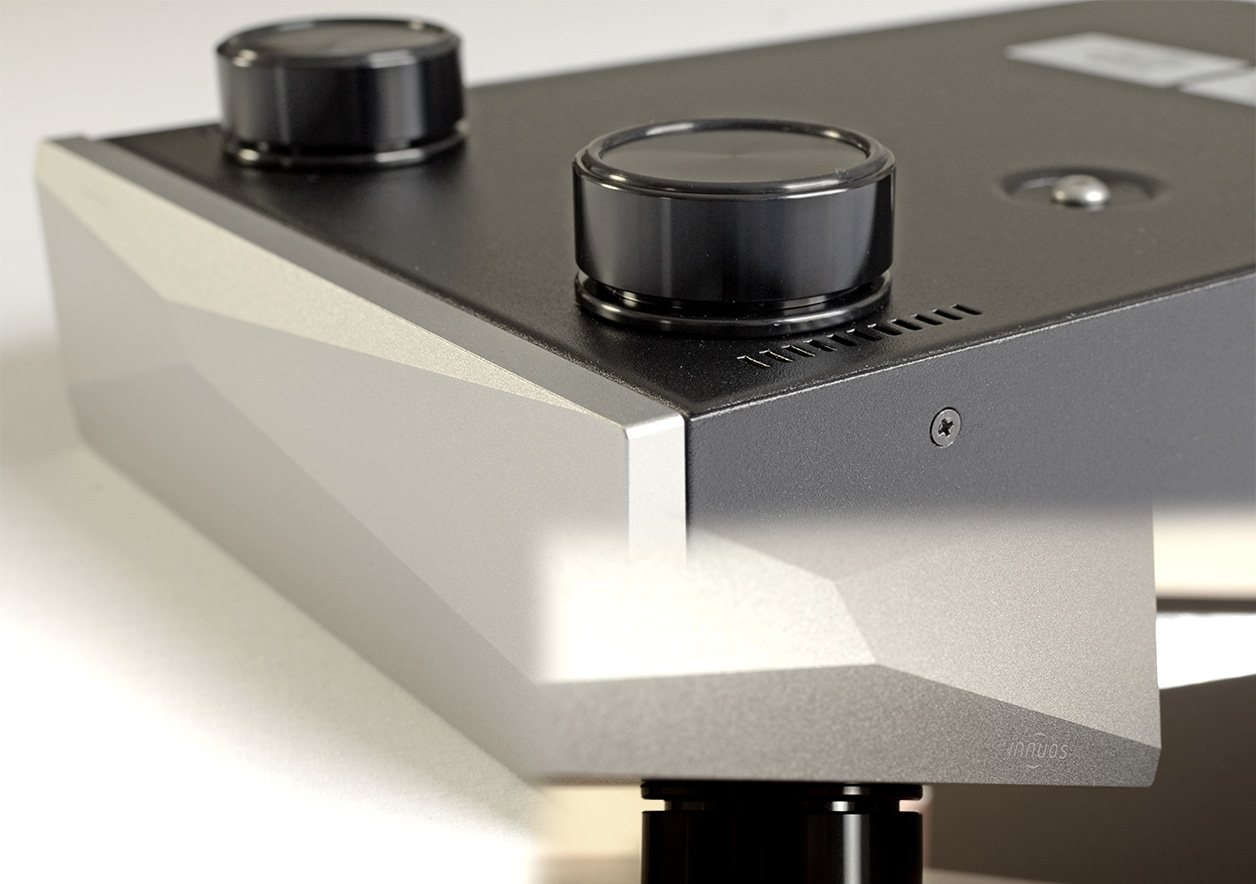 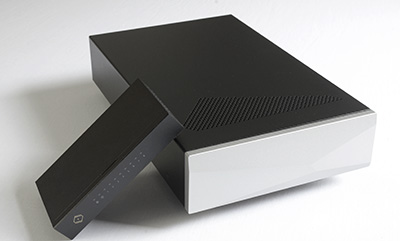 Upticks in magnification power meant that timbres differentiated better, recorded reflections tracked clearer and the fade-outs of instruments trailed longer. A poster child for these qualities was Griet de Geyter with the baroque music ensemble Il Gardellino on Stille Klagen. What I liked best was how the Innuos worked out very pure instrumental tone without any grey veils. Subtle tone modulations revealed effortlessly. And I also dug the rare combination of top resolution plus slightly elevated sonority. A second round compared the Silent Angel Bonn N8 Switch pimped out with an SBooster linear PSU for about €700 total.

Well, the Innuos was clearly better. Its biggest gains were the depiction of space and detail. Just so, high-end's old dilemma surfaced. The last few meters cost dearly. The Silent Angel is a smart solution which pays back very nicely. The PhoenixNet aims at the ultimate, not any top cost/performance ratio. The same held true against the UpTown EtherRegen which I remember as just very slightly better than the Silent Angel/SBooster duo. The Innuos built out more of a lead over the Bonn N8. That included coin. In conclusion, the Innuos PhoenixNet is a high-quality audiophile network switch aimed at systems of equal ambitions where it becomes a sensible building block for sonic progress. Venue sound gains transparency and depth and images across the bandwidth separate better and with more body. The sound feels cleaner and juxtaposed onto a blacker background. Tonality veers slightly into more warmth than brightness. 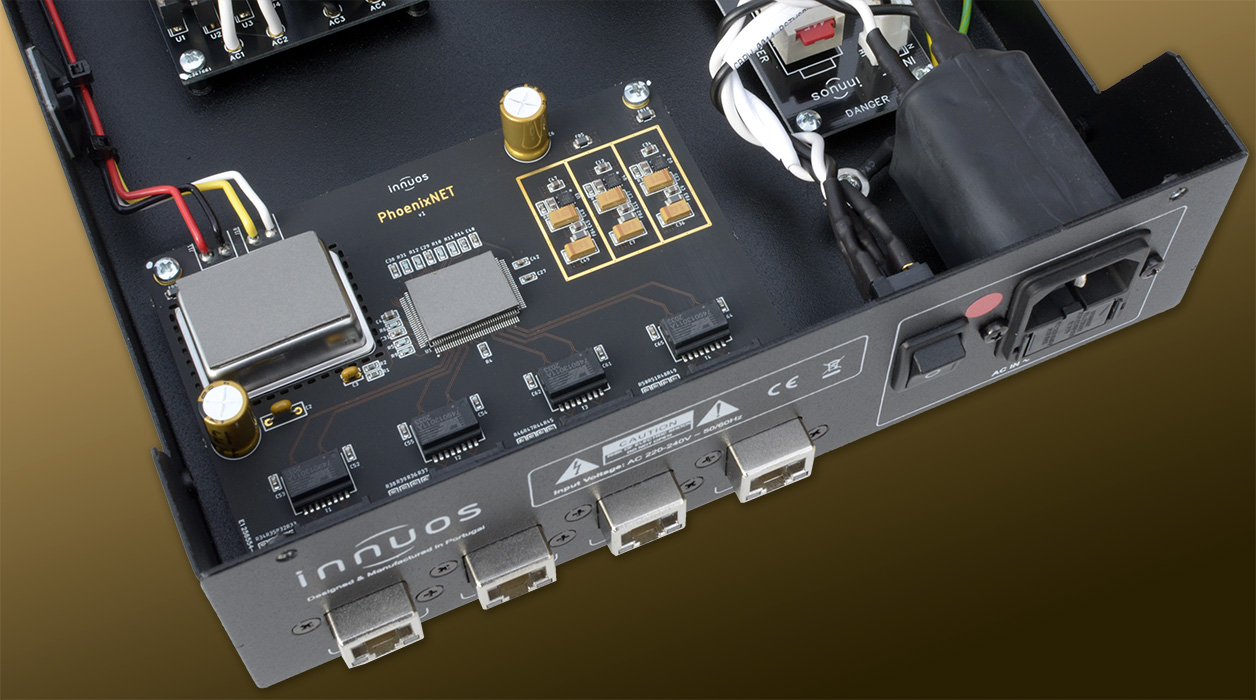 If your already satisfying hifi represents €5'000-€6'000, I'd not recommend this luxury switch as the immediate next upgrade. There are other things to handle first. Highly resolving systems in the mid 5-figure realm meanwhile make sensible destinations for a PhoenixNet upgrade before one frets again over the next cable or footer; especially if one's music consumption prioritizes streaming. 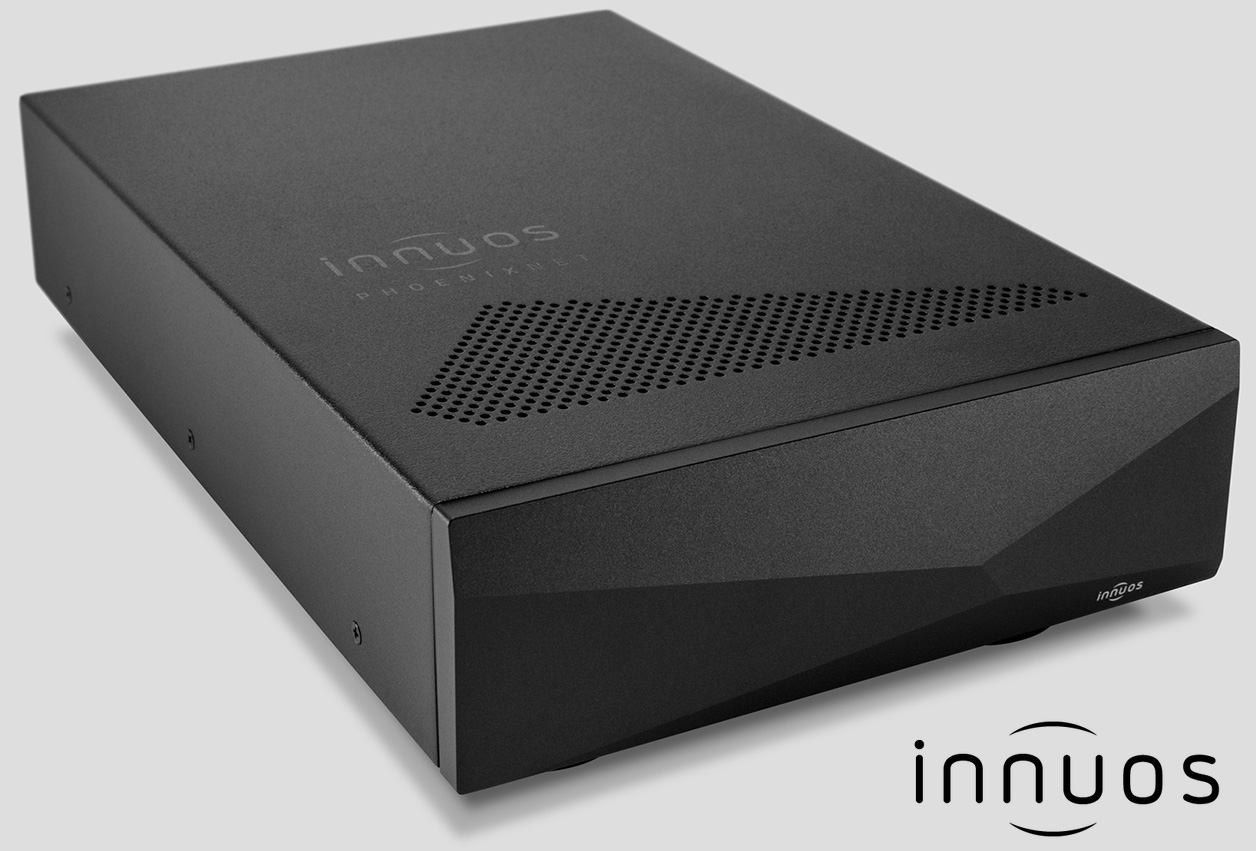