Unexpected part of the delivery was a short pigtail to convert the cable's send end to USB C. Nice. The three silver-grey barrels along the cable slide freely. They aren't formal dress bits but "custom metal-oxide ceramic filters which broaden the range over which RF noise is silenced. The middle silencer can move along the whole length of the cable to 'detune' the antennae formed by the cable. The other two silencers should be kept as close to each respective end as possible." As expected, USB 3.0's bigger B plug made a firmer more reassuring connection than the USB 2.0 plug it replaced. That presumably would also keep my contact resistance lower. As we knew from the earlier photo, Mercury3.0 is a ribbon cable whose eight spaced "quadruple shielded" conductors lay out parallel and conform to the 90Ω standard. And that's all our tech fairy has on this cable. It's a very distinctive build that was clearly different from anything else I had on hand now. To my mind in fact, it expressed a comprehensive engineering ethos with none of the "tuned by ear, entirely made by hand" aura typical of boutique brands which expand from standard 20Hz-20kHz cables to high-speed digital types with little to no regard for RF implications and impedances. 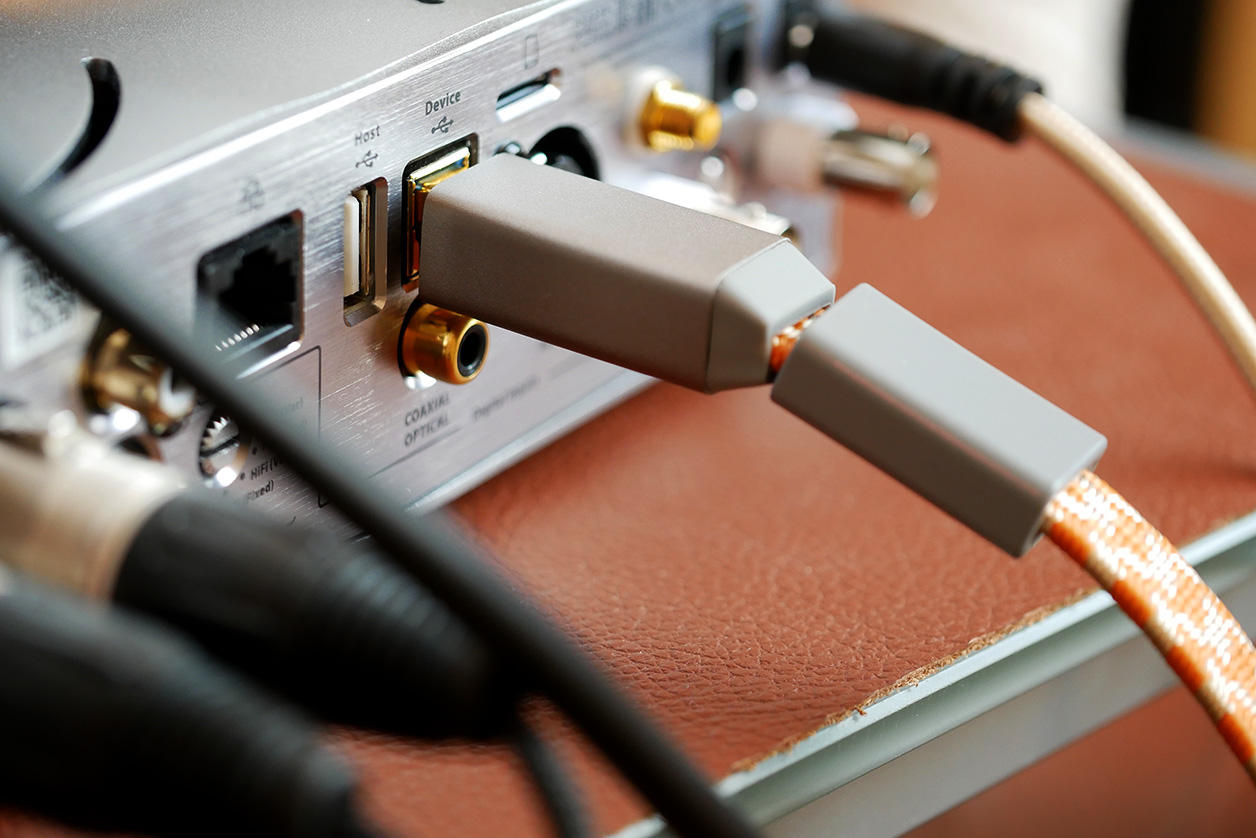 Starting out ultra simple is my wont whenever extreme subtlety is the suspected suspect. On that score minimalist solo piano recorded well was perfect. Ludovico Einaudio to the rescue. First to sort was which output portal Qobuz should use. Wasapi, Wasapi Exclusive Mode, DirectSound, Asio & Bros. could seem perfectly interchangeable when system resolution is insufficient to hear more. With Mercury3.0 these did not sound alike. Soon I picked Wasapi Exclusive Mode as subjectively best. Well prior to any where-to-upsample shenanigans, that was a telling start. When settings which usually don't matter suddenly do, one obviously deals with higher resolution. Hearing more is the name of that game. 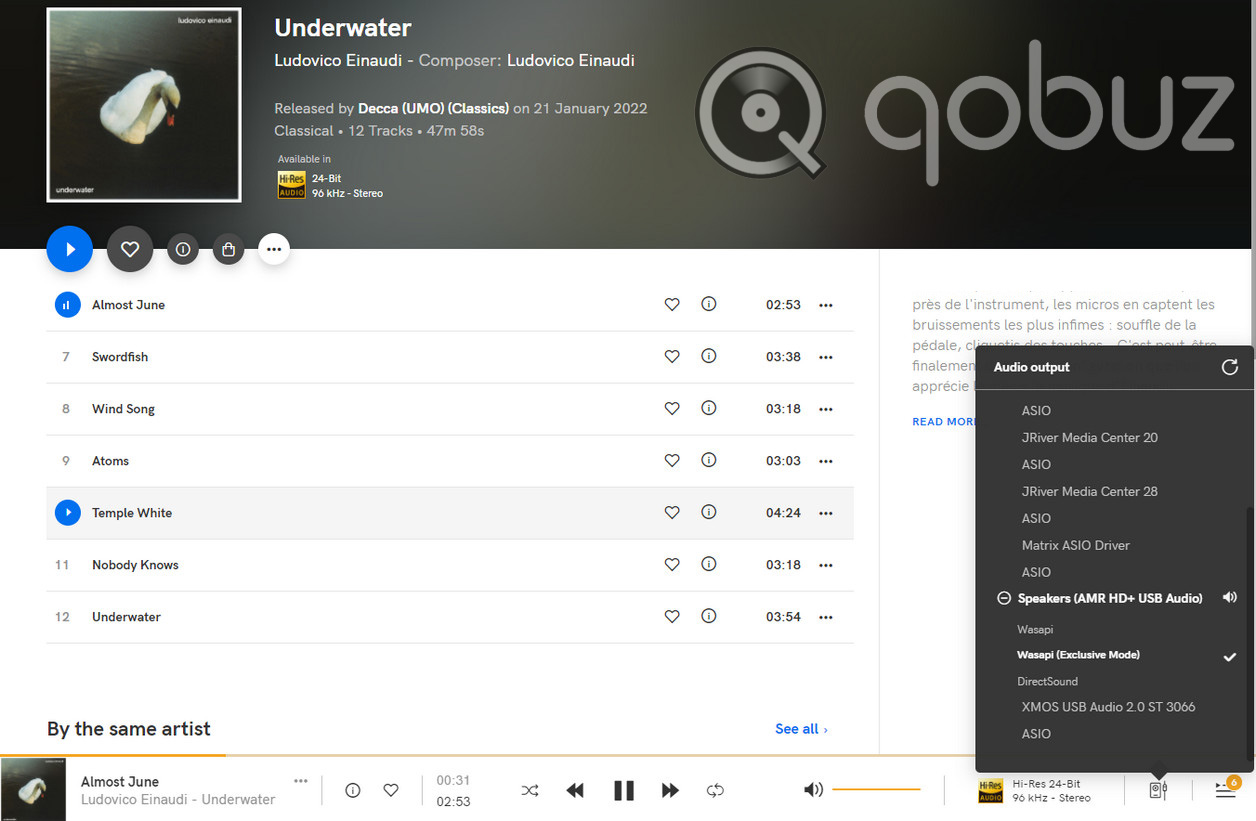 More piano game came from Hélène Grimaud's collab with Nitin Sawhney who adds spare ambiance and bansuri-style traverse flute in what over lesser systems can devolve into a reverb-swimmy mess.

It took no time to recognize that iFi's orange-is-the-new-black cable obviously deblurred this mix. That higher intelligibility—let's not be coy about it—was very cost-effective. It didn't rely on upgrading a D/A converter or speakers. Sharpening of ambient action had nothing to do with MQA's contentious claims of temporal deblurring. It applied to standard if 24/48 files. My discernment of space around and between images as decays and reflections sharpened. Fine detail otherwise lost in the mists of distance or time confusion restored like prescription glasses do to aging eyes. This clarified the reverb-intense "Vocalise Op.34 N°14" and uncluttered the tune. It didn't at all dry out the underlying very humid condition. It simply helped me make more sense of it. 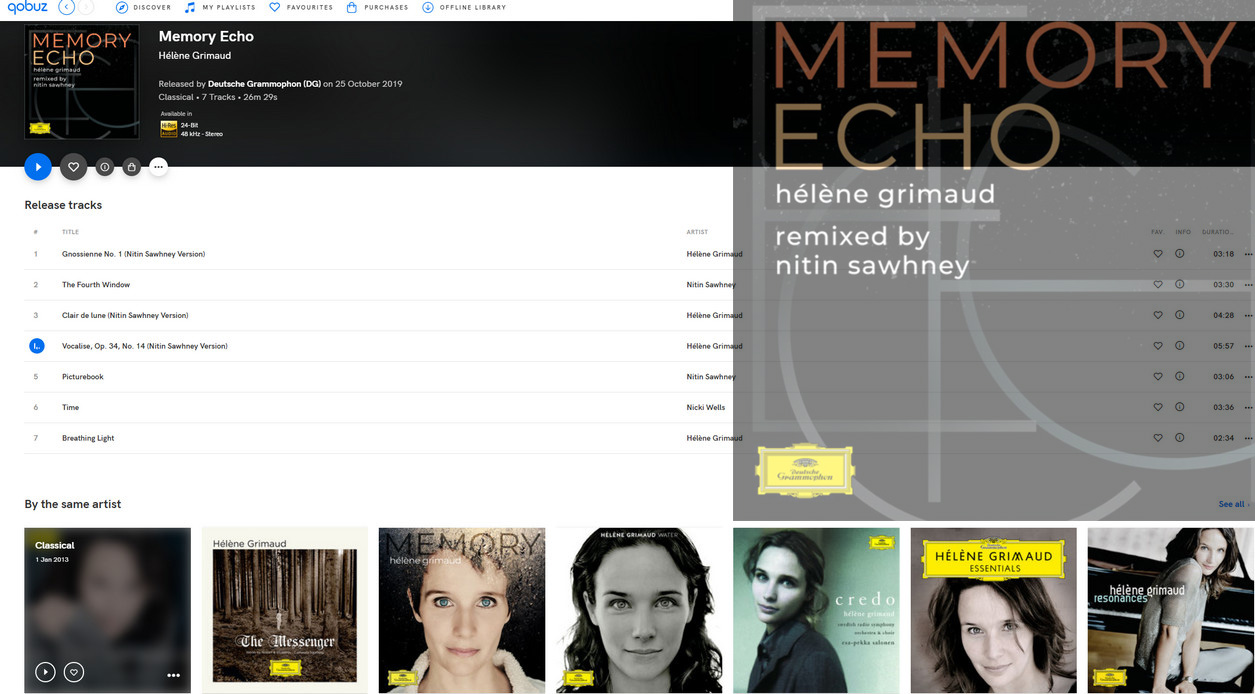 I'd already appreciated my more specific après vision—hearing better what directly follows a tone in how it blossoms into space—with the very simple Einaudi tracks and their trailing fades. By stacking more of them vertically, the Grimaud/Sawhney version became more challenging. Now the benefits of the Mercury3.0's greater lucidity compounded. If the audibility, recognition and mapping of space was the first beneficiary, the overtone spectrum of rich timbres was next. Here again good piano recordings differentiated more from those which depict that big instrument far more shallow, dull or hollow. None of it depended on pre-oversampling inside my PC. Audirvana Origin only works on local files. Qobuz Sublime hit the DAC directly. Yet Mercury3.0's superiority over my prior USB leash made hay (hey!) regardless. I'd bough it on good faith being impressed by Thorsten Loesch's iDSD Signature DAC. I'd simply not expected to tap this much previously fallow performance headroom. To keep this grounded in reality, I remind you again that my desktop is our dig's highest-res speaker system. It can't play as loud or low as the big rig but neither parameter is any nearfield limit. Instead freedom from crossover, room and related timing issues become the master key which unlocked the deeper layer which the Mercury3.0 now plowed. I'd not get the same benefits in the main system with its 3-way speakers and 2 x 15" Ripol sub. There speaker/room interactions and distance losses become a relative resolution bottleneck compared to the desktop's quickened immediacy. That approaches superior headfi but obviously soundstages out of the head so far wider and deeper.