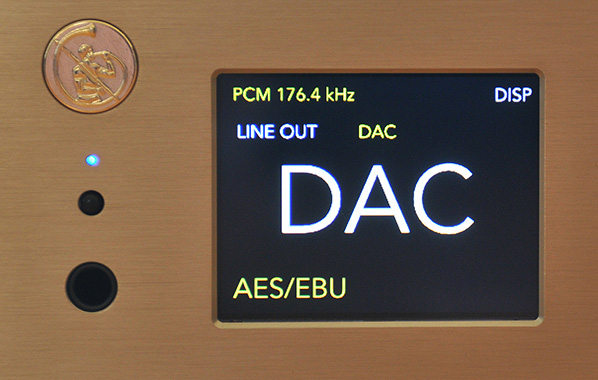 As already mentioned, we would have liked some control over the chip's native filter options. Further on our wish list came more screen info like current sample rate, MQA on/off and such.

"Even if the sample frequency were visible, microprocessor firmware drives the display in real time. This does limit the info that's possible to display but we opted for this in the current form because it completely removes the typical interference from the MCU of software like Linux which don't operate in real time or which permit the display of infinite information. Considering the dimensions of our unit and the resultant limits on banishing those negative effects from the digital paths to the DAC, we opted to show less data.

"In fact, the DS-10 was created with the intent of maximum quality/functionality whilst being controlled by phone, tablet, PC or NAS. It's why we prioritized sound quality and limit the readout to more fundamental status information as appropriate for its small size. All else is left to the app where everything is always directly visible in the user's hand."

In short, the modest info displayed is a balance between necessity and audible interference and thus shifts additional information to your control device. To assess DS-10 sonics as pure DAC, we connected the PS Audio PerfectWave transport with memory-play function. We again went with a balanced cable. It had been quite a while since we last played any CD. The convenience of streaming media had won the digital day in our crib while in the fun 'n' joy section, vinyl had ruled for quite some time. Now we had an excuse to dig into our archives for the small shiny discs again.

Out came several long-forgotten 16/44.1 treasures and a few hi-res discs up to 24/176.4kHz. We started with Gerardo Núñez's Calima and were gobsmacked. There was a literal startle for both of us after the first notes hit. What was that? Had we gotten badly numbed and dumbed down since the last holiday season when for us listening to streaming media had taken over?

After popping the shiny piece of plastic into the transport's drawer and hitting 'play', we enjoyed a virtual performance of impressive presence. Signor Núñez was fully detached from the loudspeakers and we could easily imagine him sitting on a kitchen chair in front of the hornspeaker's plane. At the volumes we use—high 70s on a dB meter—the reality factor was much higher than with wireless streaming. Of course this could have just been an unusually fortuitous one-off between blessed software (recording, mastering and pressing) and playback hardware. 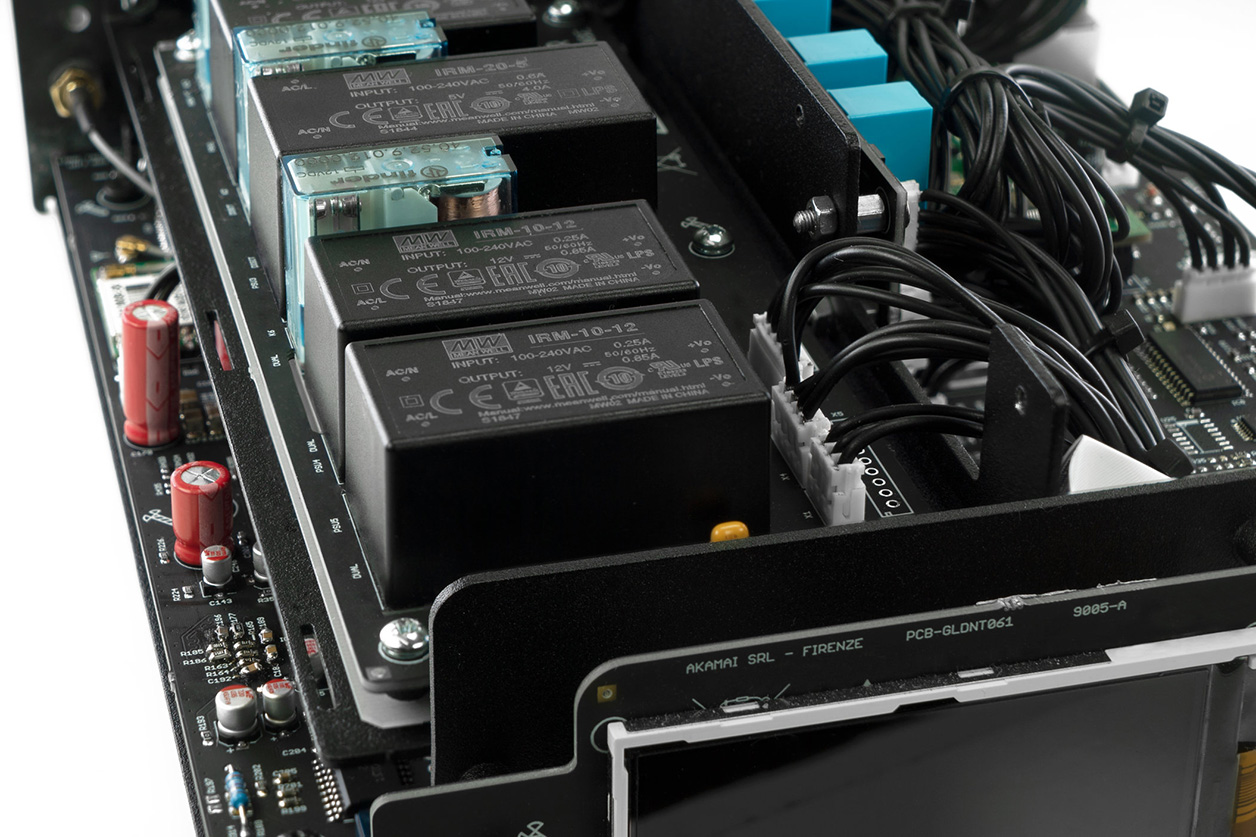 So we next tried Antonio Forcione's Live! as a nice clean recording which we could spin and stream. Compared to the Núñez, now the imaging with CD was farther back and in-between the speakers. With Qobuz in the same 16/44.1 format and via Wifi from our router, we lacked some of the punch of CD. Ditto for the wired connection. However, once we introduced the LAN Isolator, there was a noticeable return of said punch. Attacks rose just a little more from nothing without a subjectively delayed or shallower rise time.