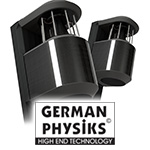 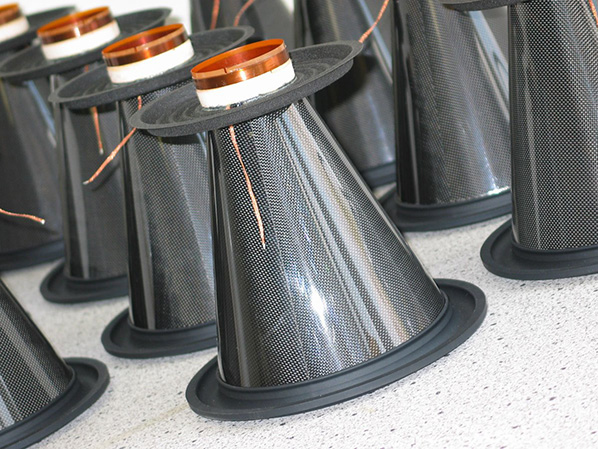 ESL.
Make that short for Ebaen Sound Lab. If you don't know Ebaen, it only tells you that the firm thinks him (or her?) important enough to matter. If you're Nelson Pass or Dan d'Agostino, that works splendidly. If not, not so much.

What if I changed my outfit to IRS for Irish Righteous Sound? Given how Ireland's reputation as a hotbed for hifi innovation equals zero, that too is a bust. Plus, who wants to be reminded of taxes? I also couldn't design my way around a proper crossover. Bust in proper triplicate. Door slammed. Dreams of speaker notoriety nipped in the bud. The world sighs in relief.

Others of course can and very much do design proper loudspeakers. What name to operate under becomes important again. Joachim Gerhard's original speaker company is still called Audio Physic though he's long since left. And a very decisive name it remains. It unequivocally captures a focus on proper physics. Real engineering, not a personality cult. With that name taken, Holger Müller picked something just as telling: German Physiks. It's the same focus on physics plus promise¹ of excellence via the obvious association of 'made in Germany' cars from Audi to BMW to Mercedes-Benz to Porsche.

His pièce de résistance was always the DDD at right. That's an inverted funnel widebander evolved from the original Ohm-Walsh concept. By covering ~200Hz to beyond human hearing's upper limit, all it needs is augmentation down below.

As we saw above, that's what the German Physiks catalogue is all about: adding more and bigger woofers, eventually even doubling up on the DDD. Our domestic 2.0 video system has ended in their HRS-120 model since 2013. With its exploded sweet spot from being a full-bandwidth omni, it's ideal for social listening on a wide couch.
______________________________

¹ If you wonder why there's no Swiss Physics company in hifi—wouldn't that still eclipse Germany?—there actually was one whose IP Goldmund absorbed when it dissolved. There even was a Vienna Physix company building hornspeakers. Relatedly, hifi has Western Electric, Eastern Electric and English Electric.

Today asks what if… you already have—or are committed to soon having—one or two subwoofers? That covers your bass actively and adjustably. Now there's zero appeal to pursue mains bass much below where your sub/s kick/s in. It'll also keep the mains and their budget far tidier. Hello PQS-100 Plus. It's a DDD driver plus downfiring 6" mid/woofer on a minimalist stand. It's the smallest German Physiks 2-way.

As such it won't require a sub if a room isn't too big and response to ~45Hz sufficient; or it keeps your transition well below 100Hz if you want to bolt on 20Hz reach with a mono subwoofer. The non-plussed version is just the DDD. That makes it a 1-way which conks out at ~120Hz. With three systems and three subwoofers, I was curious. What can 2.1 listeners buy in a compact German omni speaker?

Let's shorten its tongue-twisting name to Q. That after all was the famed Quartermaster for James Bond so purveyor of the most advanced personal weaponry to debonair spies. The German Q would be just the sort of thing the British Q would hand to Bond, James Bond with the usual instructions to return it in good nick. That's also what manufacturers expect from reviewers. Get it back to us in the condition received. Don't blow it up. Little chance of that when long ago, Holger Müller transitioned his unique driver away from metal foil to carbon fiber precisely to build in higher tolerance to SPL abuse. It's why nominal power handling here is 190 watts with short-term 290W peaks.

Q for quirky. 'It looks like no other' isn't exaggeration if we disregard its stablemates. With its glossy carbon-fiber skin continuing from widebander to short cylindroid cab interrupted by flat-black MDF elements connected by silvery V4 stainless steel spacer bars, Q exudes modernity and sleekness. One can then opt for nextel black or grey paint on the other bits. Hawaphon® lines the mid/woofer's U-shaped housing with a steel shot-filled polymer sheet originally developed—cue Bond again—for anti-surveillance measures. There are additional bitumen liners and high-density felt to remove cabinet noise aka box talk from the listener's radar. To ride out the theme, here military stealth from a small form factor, black finish and 'where does the sound originate' obsfuscation from 360° radiation really is a thing. As with other unconventional drivers, really high sensitivity is less of a thing at 86dB/1W/1m though it's rather higher than the punishing 81dB of mbl's competing £9'400/pr Radialstrahler 126. However, with all omnis such figures mislead. Their radiation pattern invokes room gain all the way up into the highest treble. Unlike so-called direct radiators which operate full space in the bass but half space and less with rising frequencies, Q doesn't narrow its output. It'll thus sound louder than a conventional 86dB speaker off the same signal voltage. It will exhibit a far more even power response, meaning that all frequencies radiate the same so distribute the same across an enclosed space with reflective boundaries.

Q for quit no pro. Checking in with the company's Robert Kelly, it turned out that like Daniel Craig, Q may soon retire from this role so review interest was sub zero. But since it'd been an overcast day, I'd already penned the above in anticipation. So I'll run it now by way of a tickle 'n' tease. If you've eyed this driver tech and wanted it in the smallest-most package – the time is nigh. Don't wait too long or you'll be left out in the cold.