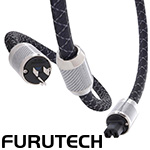 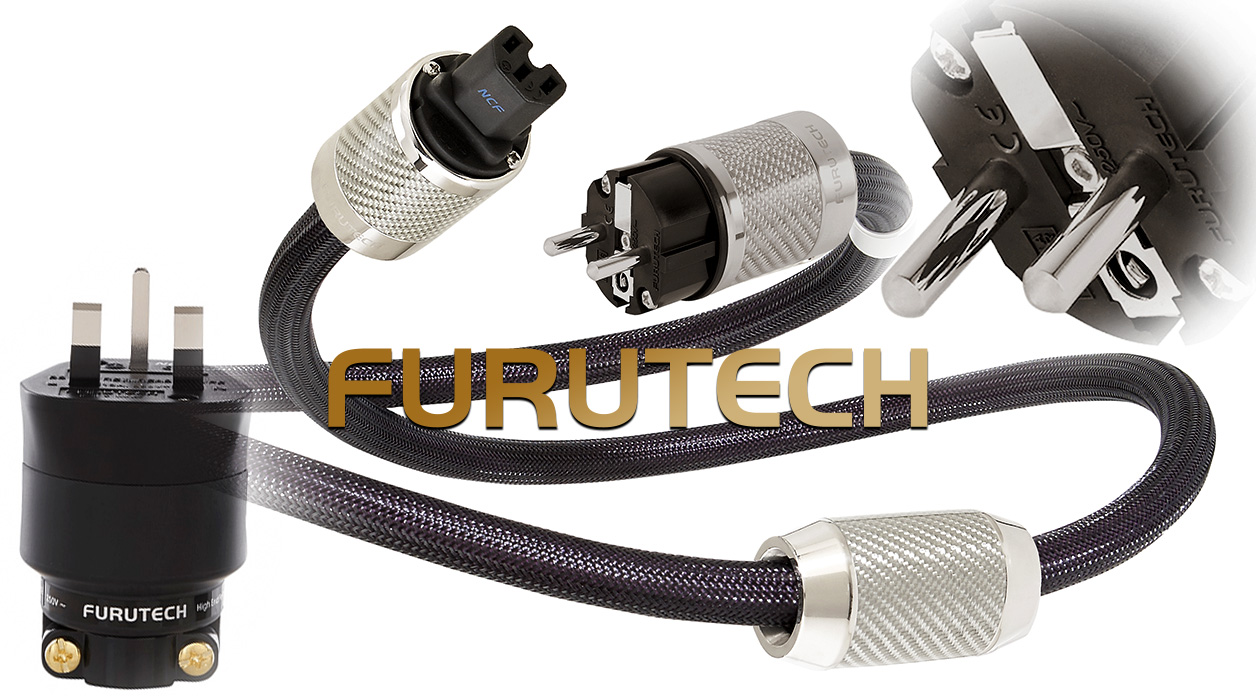 In flux. The audio signal is nothing but modulated AC power. As Furutech break it down to remind us, "amplifiers transfer energy to loudspeakers. To do so, they draw down storage capacitors by exactly the same amount. These capacitors try to stay fully charged by replenishing their energy from rectifiers. Those rectifiers convert AC to DC through a transformer which draws power from the wall." Hence anything between wall outlet and the component's IEC becomes part of the latter's power supply. It's directly involved in the final quality of signal reproduction thus part of the signal path. Or as the resident of 221B Baker Street would allow with bored disdain, "straightforward but most elemental deduction, Watson old chap."

With their flagship NanoFlux NCF power cord, Furutech pull out all stops. That even means a treatment process I first saw with Japan's Nanotec cables. Here it covers Furutech's trademark Alpha-OCC copper conductors in molecules of silver and gold that are just eight one-millionth of a millimeter big and which suspend in squalene oil. Their purpose is to to fill tiny surface pits from OCC's slow continuous casting process which results in a so-called single-crystal lattice of the copper. Two other cable firms which exploit their own silver/gold resurfacing are Siltech and CrystalConnect. There's serious method to this established madness of statement-level cables. Painting on microscopic metal dust in oil is simply more cost effective than plating silver and gold. In today's second-from-the-top PowerFlux cable, only that treatment is lacking. Otherwise Furutech's Alpha process still adds a 3-stage cryogenic treatment—controlled immersion in liquid carbon dioxide, then liquid nitrogen, then liquid helium for slow freezing to strengthen molecular bonds—and a final demag treatment.

Furutech's cryo-treated conductors run inside a braided shield surrounded by an 17.5mm Ø flexible PVC tube finished in tough braided nylon. The connectors are Furutech's finest to include Nano-Crystal Formula². That means stainless steel bodies sleeved in silver-plated carbon fiber shells with special acetal copolymer damping. The firm's crystalline NCF compound generates negative ions and converts heat to infrared. It's enhanced with ceramic and carbon powders for piezoelectric damping. At the midpoint of my 1.8m loaner, an extra such NCF barrel exposes passing currents to more noise-stripping action. A special 'earth/ground jumper system' inside the power plugs eliminates the eddie currents which are usually created by screws holding connectors together. As befits the cable's upscale placement in Furutech's catalogue, fit'n'finish is superlative. So is price, naturally. For spec chasers, there's 4.5Ω/km conductive resistance so 0.008Ω for the length under consideration, minimal insulation resistance of 2'500MΩ/km and dielectric strength of AC.3000V/1min.