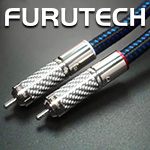 Das Boot. It needs no translation. Raise the torpedoes. Die Zigarette. Puff. More German for the cigarette. Ein reviewer. Hammer the keys. That's me; just one of many. But DAS-4.1 cable? It's Japanese for Furutech's one and only bulk interconnect based on their alpha formula and Mitsubishi's purest 'single-crystal' copper conductor. It rounds out their DPS-4.1 power and DSS-4.1 speaker cable offering. In today's case, DIYers simply order off the company's spool to their needed length/s. Then terminate with your plugs of choice. Furutech obviously would be pleased were you to select their new CF-102 NCF RCA connector; or the male/female XLR versions CF-601M/602F NCF. Nano-crystal formula is their proprietary RF-absorptive hence noise-attenuating compound. It first showed up as liner in their otherwise passive power distributors. Then it found its way into plugs and barrels of power cords. Recently it hod-rodded their best RCA/XLR plugs. I already reviewed their top interconnect with them. When factory contact Graeme Coley suggested that they terminate a review set of 4.1 interconnects, I happily accepted. Their furious technicians and I have already heard ear to ear many times before, albeit via turnkey models. Now taking one for the DIY team seemed only fair. This step-by-step video shows how to assemble the XLR version I got. A companion video for the RCA variant is hosted on the same product page. So go ahead, make your day. Snip 'n' tin das Kabel to your personal specs. Enjoy the accomplishment and cost savings involved.

Super-shiny connector finish fit for Dubai. Robust strong-weave sleeve promising hard wear. Bend radius tautly around my big chai cup so a happy dresser. Inspecting the arrivals, I gloated about my non-existent DIY chops which had assembled The Cable. Okay, cheating. But in the end it's about Der Klang which German turns into a masculine endeavor. Otherwise it'd be Die Klang; or Das Klang for modern gender neutrality. Whoever invented the language must have possessed 21st century foresight into audiophilia. Because—wouldn't you know it?—music in Deutsch is feminine. Die Musik. Busted. So let's do the tickly testosterone thing and discuss the sonics of our Furutech leash not music. With a single 1-meter stretch, where to put the wire was key. Highlight its contribution. I wanted hardware minimalism. Make this the only analog interconnect in the mix. My main rig had just the junction between Sonnet Pasithea DAC and Cen.Grand Silver Fox head amp. Feeding the DAC AES/EBU was a Singxer SU-6 USB bridge on super-cap power. That buffers, dejitters and reclocks USB signal streaming local files off my music iMac through Audirvana. Cable comparator was Furutech's own Lineflux NFC to build in some sibling rivalry. Naturally the newcomer needed to shed its newness first for some signal-flow welcome. Thankfully headfi systems can run 24/7 without real noise pollution. With home-based reviewing which always has something on the fire, break-in which doesn't leak through walls is boss. I had my marching orders.

But when the man upstairs speaks, we listen. And he voiced an opinion. Meze's 109 Pro at the end of a custom Forza Audioworks balanced leash didn't have sufficient resolution to distinguish reliably between my competing Furutech leads. I needed a headphone which God uses. HifiMan's Susvara fit the bill. Less warmth, more insight. Less thickness, more speed. Chasing minutiae requires strong magnification powers.

Despite 'Leica' optics from flagship thin-film planarmagnetics, I still couldn't tell the two cables apart with any degree of certainty. And they do use the very same connectors, long-grain copper albeit from different suppliers then the same design priorities. How much difference should we expect? How elite must the attendant hardware get—and our listening skills—to declare a winner? Whatever the answer may be, I didn't have it. 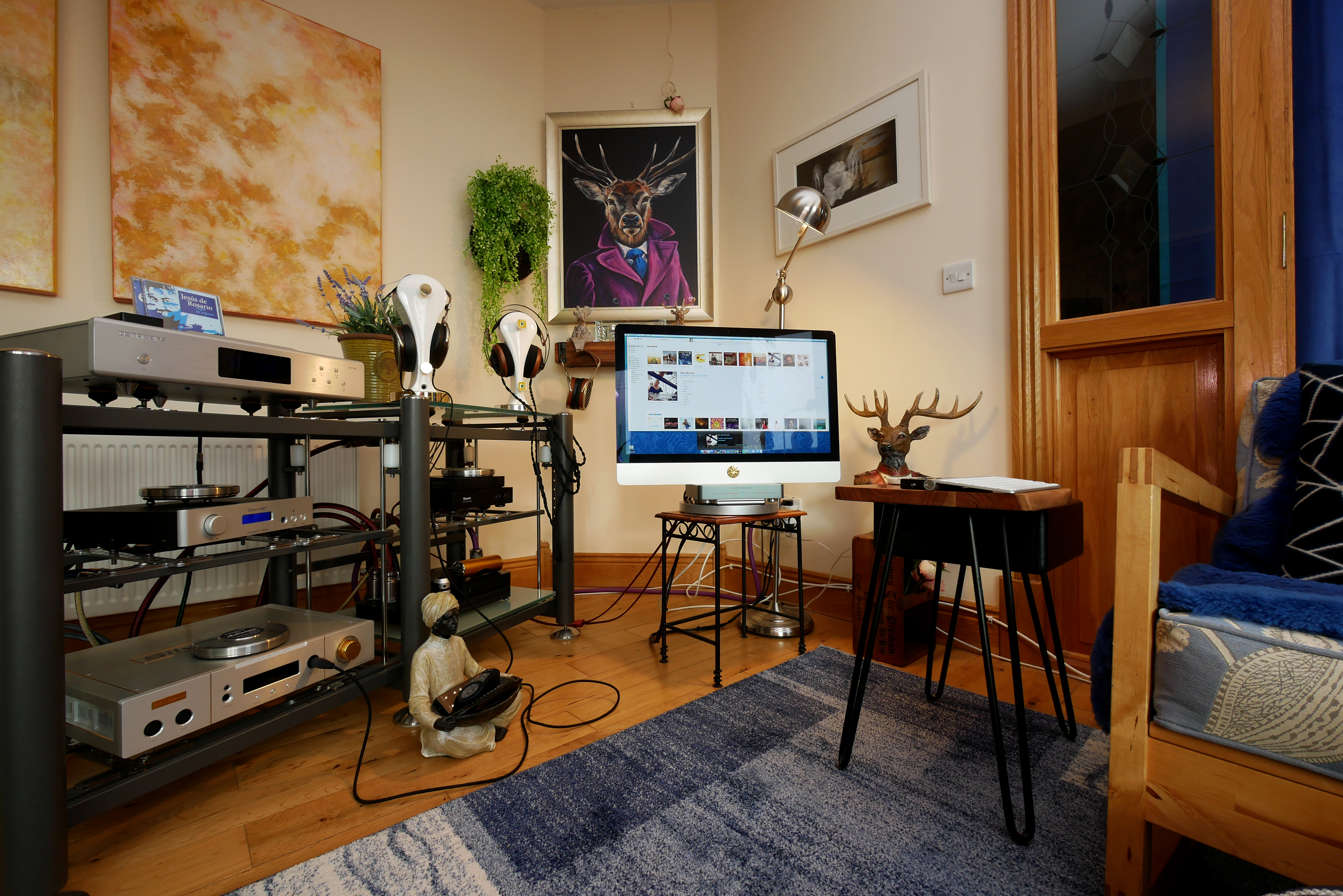 Use mouse-over loupe enlarger; or open in new tab for full size.

Should I use headphones which God's boss uses? Just in case, I left our earthly downstairs for yet higher resolution. I also left behind the Lineflux NCF for another compare-by-contrast cable for my upstairs round.