I confess to having completely forgotten about the Fidata cables when shortly past unpacking, all contents of the shipping box were set up to have me focused squarely on the server/streamer. But once the HFAS1-XS20U assignment had wrapped, it was high time to extricate the HFLC from the audible action. Truth told, my expectations here were zero. Rather than optimism or prejudice, I might have nursed mild skepticism. That's because this cable labored between their server and my router. It was only part of the graphic user interface and not directly in the signal path. That's why it seemed reasonable to assume that its influence on the sound would be marginal at best. I considered this perfectly common sense but theory and practice rather clashed this time around. After taking into account that the HFLC was my first RJ45 encounter, this came as a major personal upset. 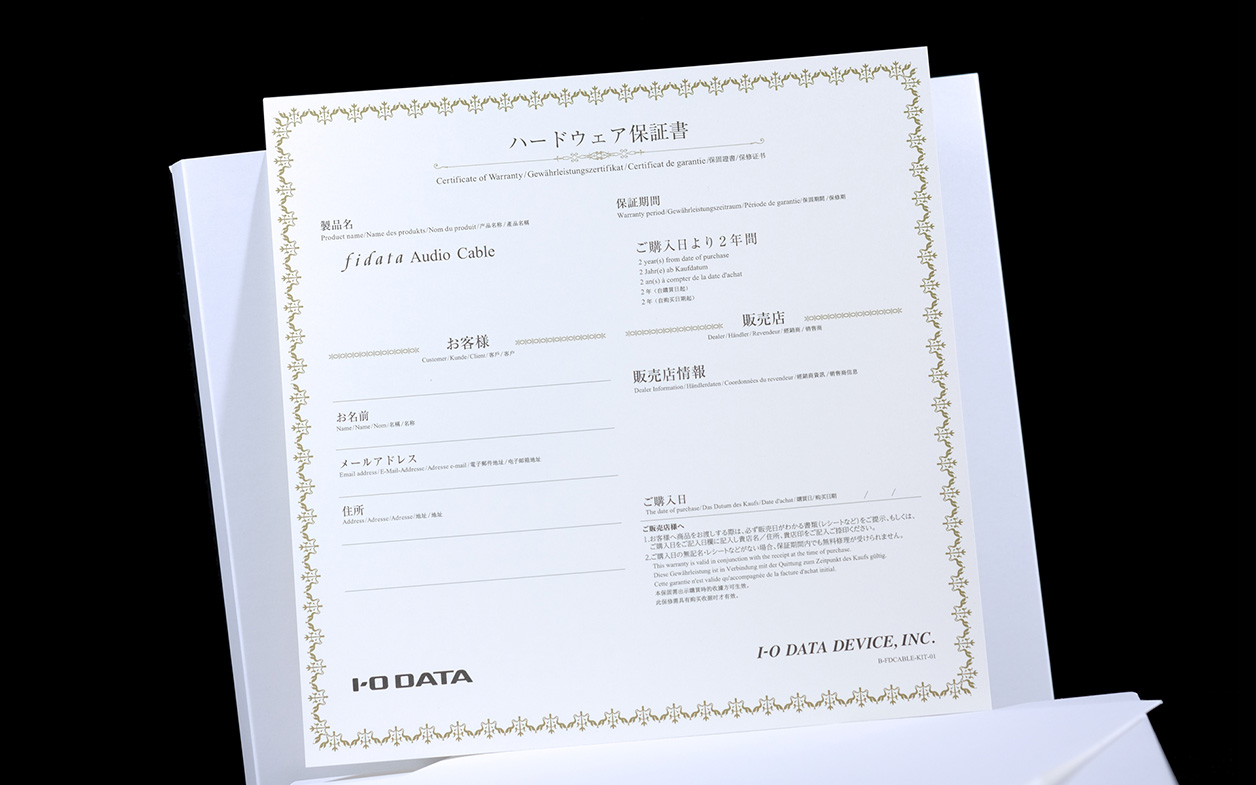 For me, getting familiar with various cables is a pretty well-established routine. The non-analytical mind dominates early to mean eyes closed and having me simply listen to a favorite repertoire without any focus on details, individual instruments, certain frequency bands or dissecting specific qualities. Music is simply absorbed. Then one well-recorded familiar track gets auditioned about three times in a row followed by a short break for the cable swap, then the process is repeated several times over. Sooner or later differences begin to reveal themselves and morph from subtle to more audible. A notion of hat a given product does forms itself and additional tracks either confirm these findings or introduce variations and qualifications.

Only when this procedure nets no results because everything sounds the same do I have a problem. Cable comparisons can be quite unpredictable and the sooner I wrap my ears around a new cable, the better. Long story short, on this count Fidata's HFLC job was a perfect first date. To my great surprise, I heard it right away. One simple swap back to the throwaway generic instantaneously netted far inferior results which were precisely defined. This gave me a lot to think about. After the initial experience of repeat swaps and auditions based on well-known tracks demonstrating the same distinctive shift each and every time, I grasped the change in full without any uncertainties. 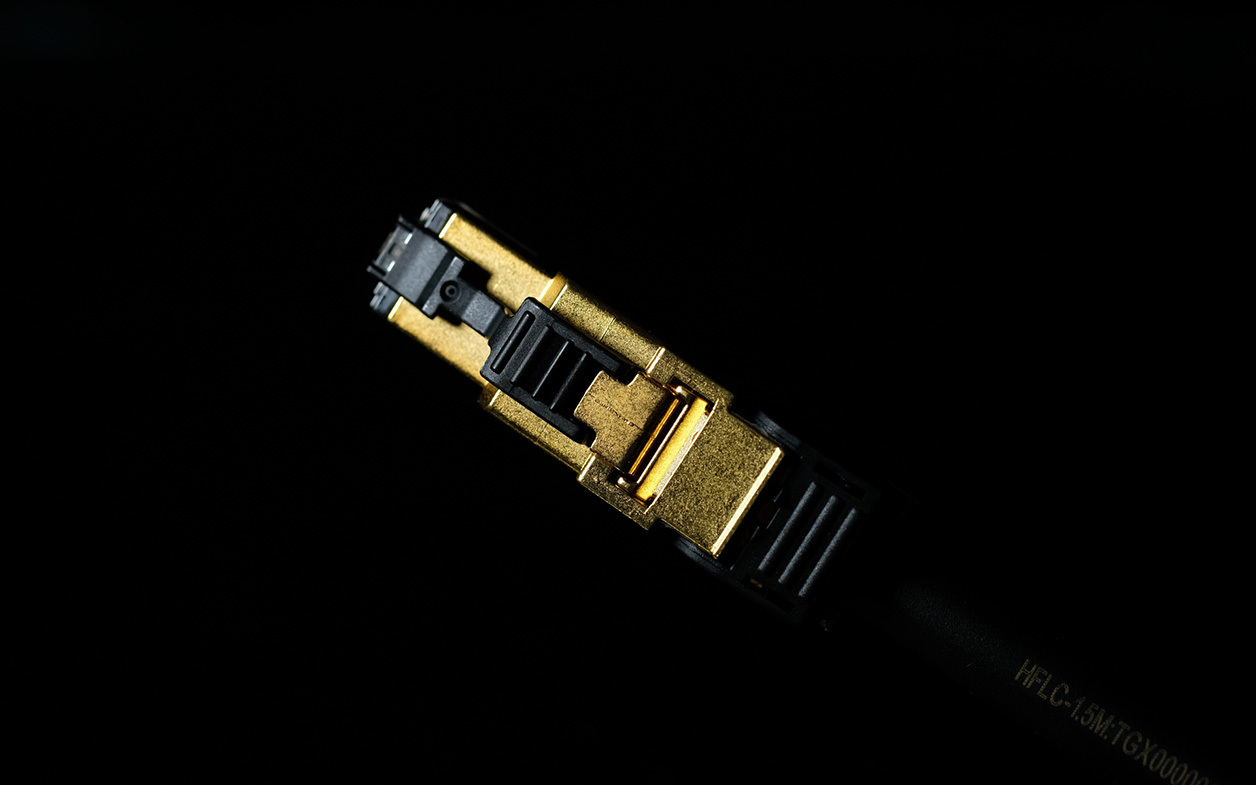 To be perfectly clear, these changes weren't shocking but of the 'a bit here, a bit there' type though once combined, they added up. The Japanese cable introduced all its changes quickly which I heard without effort even though it wasn't part of the signal path. That was a head scratcher. My listening room is quite nasty, too. Low ceilings and acoustic limitations due to sharing it with another person don't help. Optimized hot seat aside, vented boxes sport either too much or too little bass in any location other than the one. That's usually not their fault but simply due to the room. 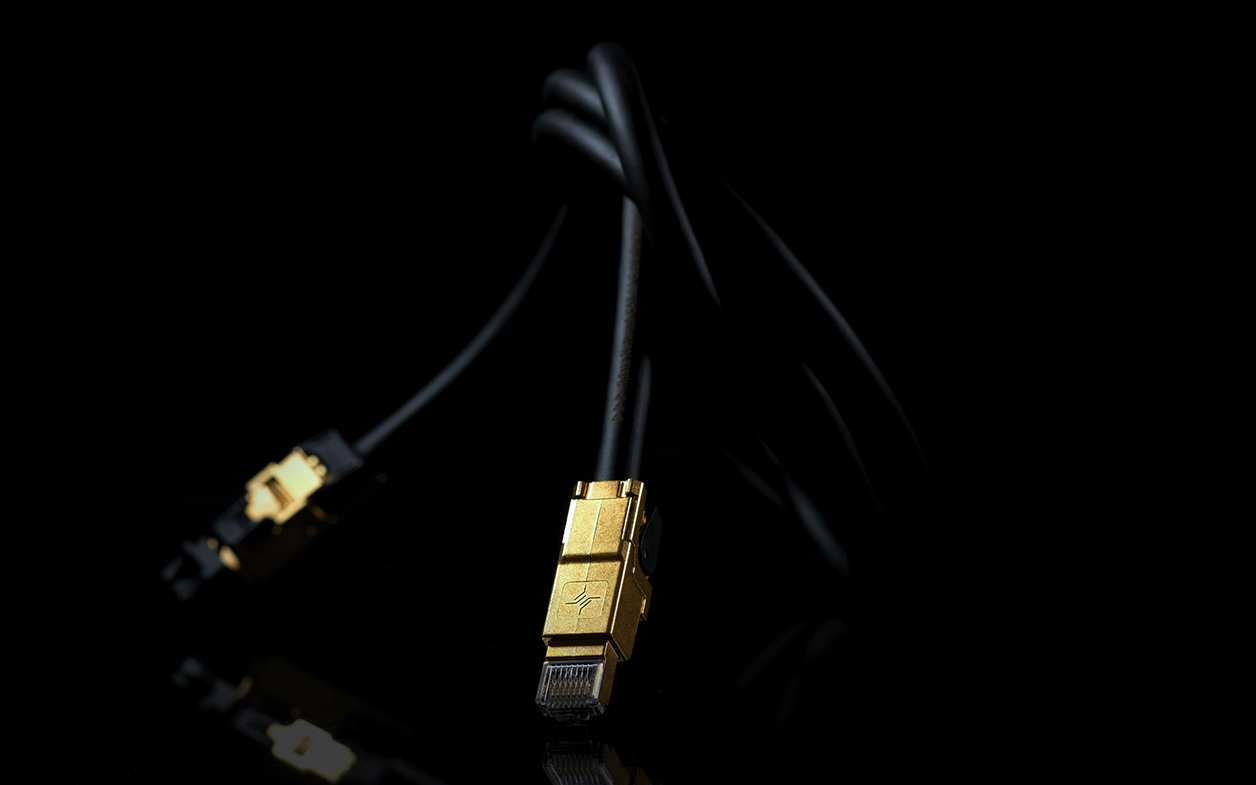 My Boenicke speakers are a perfect example for solitary bliss so what the Fidata HFLC did to them was very surprising if most desirable. Compared to the regular LAN cable, the Japanese loaner significantly reduced boom in the upper bass and applied more control below it. These two shifts alone translated into a clearer more fatigue-free view on the music. But most importantly, there was no question whether such a change had taken place or not. With many recordings, the regular cable 'leaked' bass all over the place whereas the better cable controlled it properly, no imagination involved.