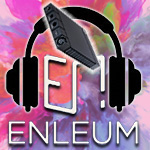 January 4th 2022. "About new products from Enleum, by summer/fall there'll be two. As you know, one will be the AMP-43R or 53R. The other is the HPA-23RM. That's a dedicated headfi amp with current drive output, battery power and reference parts. It replaces our older Bakoon HPA-21 [right – Ed.] with updated circuitry and a bit more power. It's also much smaller hence 'M' for mobility though not as mini as the HPA-01M was (M stood for mini back then). You can think of it as a less powerful AMP-23R. Perhaps it won't be sufficient for Susvara but should be popular with all other flagships that require less power such as the Audeze LCD5, Focal Utopia etc. We target coming in at $3'000 so the same MSRP as the HPA-21 from almost ten years ago. That's still off the record. I hope to send you one and an AMP-53R this year." That was CEO Soo In Chae who had just landed in Seoul from San José for more hands-on work with his South Korean colleagues.

10 days later, "some schedule updates. Two parts critical to the HPA-23RM we can't presently source. Their usual price is $10 from major suppliers. Now the price went to $80 through 3rd-party sellers; in minimum 2'500 quantities! In some ways it's terrible to design new things in this climate of supply-chain stagnation. We must find alternate ways to still release this year." By mid June, Enleum's FaceBook page teased an imminent news reveal. Had the bi-continental team licked their HPA-23RM parts sourcing? In the interim, the AMP-23R had clocked total victory laps with 15+ writers and each time picked up mega kudos. Much had caused a serious headfi high. Its second production run was nearly sold out, a month later fully gone [check out the tower of PCB between the packaged amps and FedEx pickup van].

A third run was booked for September. With crazy consensus for the circuit's chops, it was time. Downscale 25wpc/8Ω power for pure on-ear use. With price slashed to virtually half, there would be a guaranteed audience. Tapping it was key before the fickle mistress of public perception forgot all about Enleum for Headphones. Free bumper sticker with every purchase?

To trot out a now familiar show pony, Enleum's gen3 circuit is a unique discrete op-amp that works in the current domain. Its output resistor sets gain. Making this resistor variable via potentiometer or relay-switched array creates true variable gain. That differs from ubiquitous fixed-gain circuit with pots. Their noise remains constant regardless of volume. Now low-level listening suffers a higher S/N ratio. That throws away resolution. For gain Enleum usually champion lateral Mosfets from the UK's Exicon. Those work in a minimalist class A/B push/pull circuit. There's just one transistor per signal phase per channel. Counting on one hand, that's a total of four.

When Enleum were still Bakoon Int., an early product was the BPS-02 with these power-cycling batteries. One charged, the other played. An MCU switched between them on the fly. Enleum have experience with batteries. Combine the 23RM with a DAP or smartphone and upscale headfi hits a balcony, porch or solarium where there's no AC. Eventually batteries need recharging but how many run 6-hour music marathons? Aiming at flagship cans of standard efficiency, this deck's prime habitat should probably be the desktop or bedside rig not gym, subway or train/plane? Why risk costly flagship cans in public? How about frequent flyers who spend many annual weeks in hotels? Or owners of vacation cribs where permanent hifis would get used far too infrequently or risk abuse by short-term tenants? They could view a moveable headfi feast that easily slips in/out of a weekend bag an ideal problem solver. For the rest of us, an HPA-23RM might stay put wired up in a dedicated spot? Now battery power means absentee noise from a supply more compact than a transformer to rectifier to filter-capacitance affair since lower power here doesn't demand huge or multi-paralleled batteries. Is this the headamp Tesla would build to accompany Elon Musk to Mars? With Enleum's AMP-23R having replaced our earlier Bakoom AMP-13R, I knew their house sound well. I also knew how brilliantly their speaker amps have always converted to headfi drive with an inefficient beast like Susvara. Getting the same or very similar sound minus beast mode from a smaller lighter more affordable version had me on red alert. I didn't think I'd be alone once news of the HPA-23RM hit.