Dynamic renaissance. Getting the Dynaudio spot ready meant relocating the Zu. Just then it went into the big system adjacent to the right speaker. Ideally any sub there would be half the height or less. No matter, its benefit was instantly audible but wasn't bass. After all, these 8" two-way quarter-wave towers do -3dB/33Hz without any help. They leave out little bandwidth. But subtracting really low bass from these Accuton voice coils opened up their dynamic response well into the upper midrange. I'd not done this before here, just augmentation with far too much overlap. Then the Zu placed centrally against the front wall in lieu of the current flower arrangement. It subsequently just sat there as a stumm ornament awaiting its day in the sun. It's only when I acquired the icOn 4Pro SE with its custom filter that the Zu rejoined the signal path. It simply hoofed it up the stairs to also bolt more bandwidth onto smaller monitors; and because the tube preamp without filter provision hogged the downstairs spot. 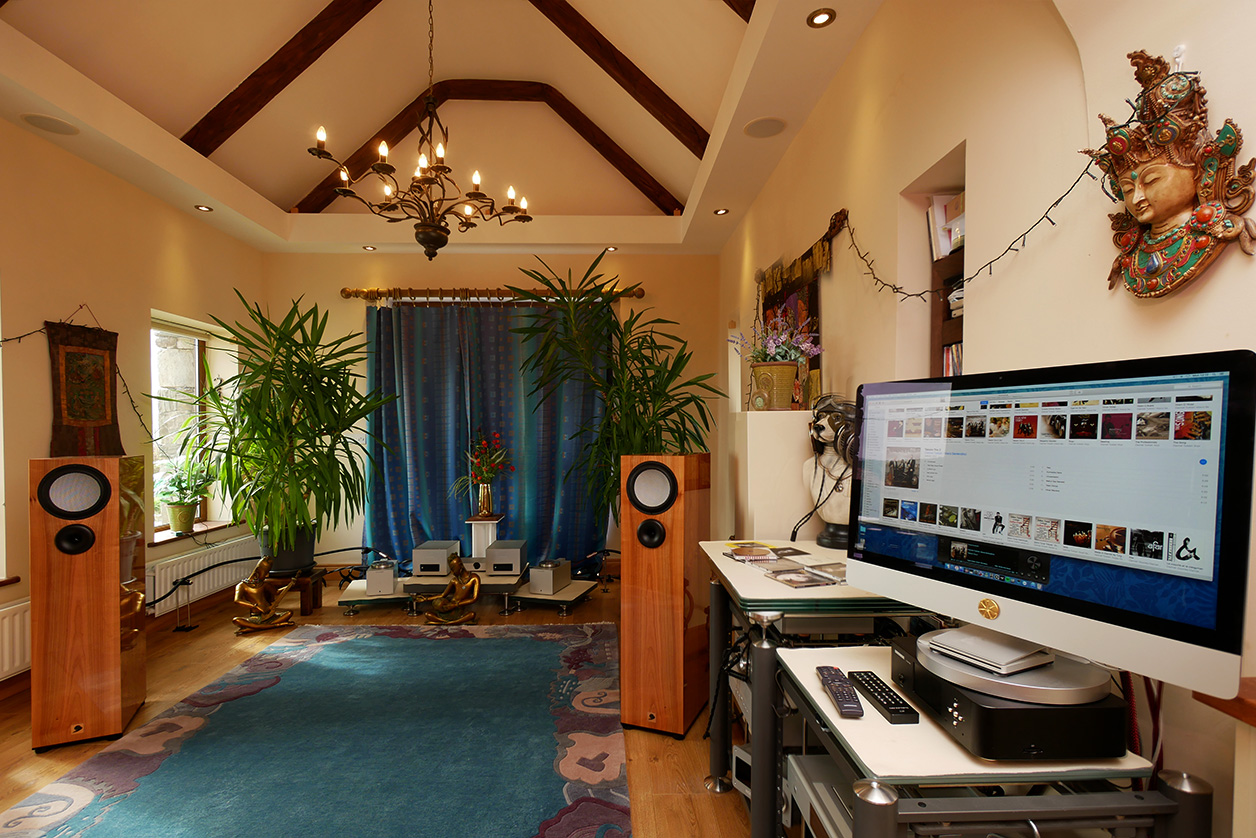 This now was my first time doing it downstairs and with the sub located as time-aligned as layout allowed. If I'd harbored any secrets doubts as to its efficacy there—our subconscious can worry about all manner of things, no rhyme or reason needed—they were dispelled within the first music track. Just as the Zu had done upstairs for the 3-way monitors but even more so now, dynamic range of the mains was the most immediate benefactor. 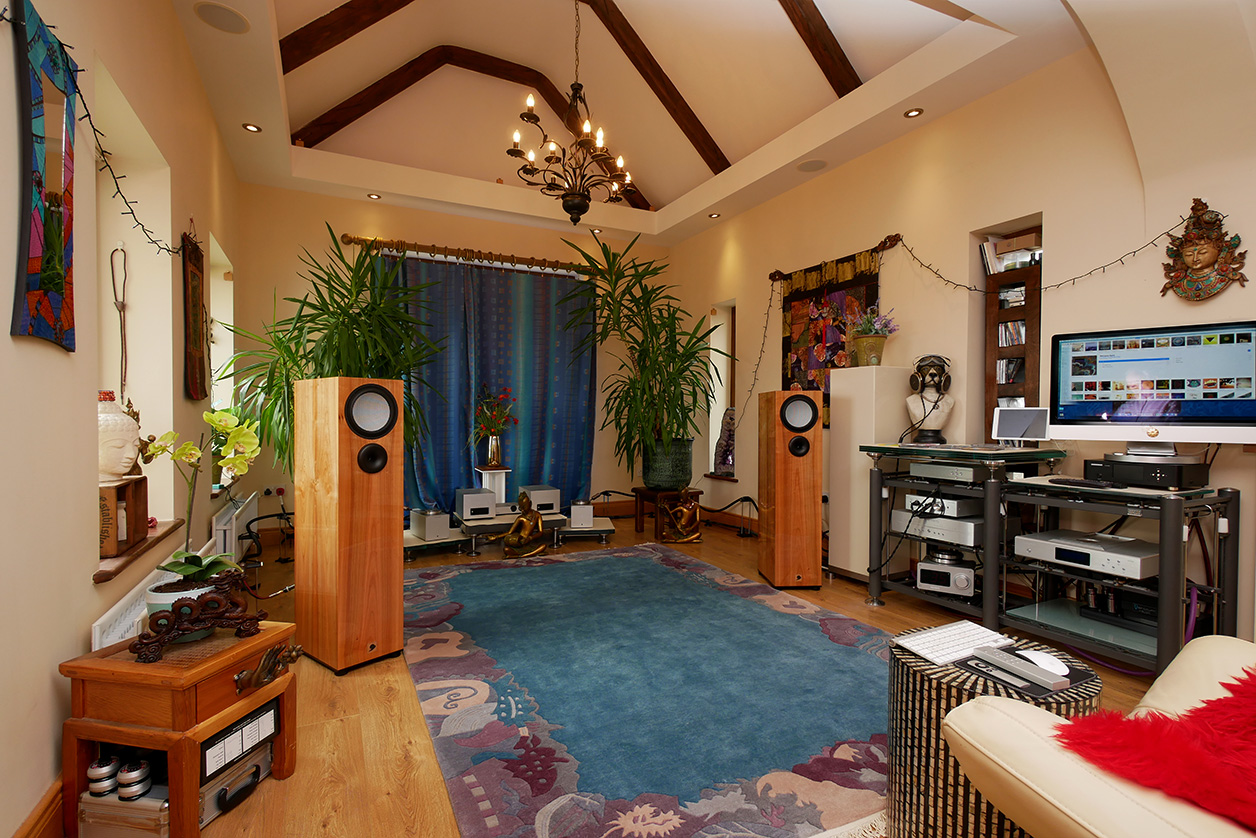 I now had a two-way speaker. Its mid/woofers cover everything from the bass up to the tweeter register to affect a far broader area whose microdynamic expression had grown fast-twitch muscle. That's why one wants a quality subwoofer with the mains properly high-passed. It unburdens the most vital musical bandwidth to behave more freely and gushing. So there's that: one small paragraph in a review, one large step for my listening pleasure. When Jonathan Ford at the Irish dealership announced receipt of my unit, it belatedly occurred to me to ask for the sub's latency. It's not something the owner's manual mentions when it's really a dark spec¹. Heavy processing in the digital domain takes time. It creates a small delay between input/output signal which shows as lip-sync errors on video. DSP-based phono stages can show it as a small delay between needle drop and corresponding noise. John Darko reported on such a one. Depending on severity, one would want to convert a sub's DSP latency into distance, then move the sub that much closer to the seat. Presumably its PEQ functionality doesn't bypass when one circumvents its built-in low-pass filter like one does with an LFE input. That could make proper bass timing more of a fool's errand than I'd counted on. It'd be just one more reason to use analog filters exclusively. Live 'n' learn?
_____________________________

¹ The Arendal 1723 dual 13" Sub2S for example suffers 8ms latency which equates to a nearly 3m offset. Even with the sub set up equidistant with the passive main speakers, it will behave as though it were 3 meters behind them. In home-theater applications where an advanced pre/pro runs the show, one would then simply delay the mains by 8ms in Dirac-type software. In a music-only context without such DSP, that's not possible. Checking with Arendal about that, their Thomas Gunvaldsen put it this way: "Correct, our amps have an 8ms delay and it's not possible to turn off filters to mitigate this. Even adding more EQ with the built-in PEQ won't change the time delay, only potentially create slight phase shifts with sharp filters. In an ideal world you'd have a preamplifier with some sort of ability to set time alignment between mains and subwoofer. But our ears are not really so sensitive to the time domain at lower frequencies as long as phase between sub and mains matches. So in our experience, even using our subs in a completely analog setup works well." 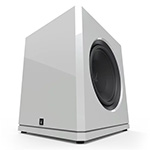 Update news. This is how Thomas Gunvaldsen followed up: "Just out of curiosity, could you give me your honest feedback on this? We had actual R&D discussions about whether to develop a standalone DAC on the sub's output with the ability to delay signal to the mains and set high-pass filters. Now you'd connect from your preamp to the subwoofer, from there to the power amp and speakers. Obviously we'd need a higher-end DAC chip to uphold signal quality which would drive up cost. But would that be something you'd consider using and see the benefit of?" Readers already know my answer. But only a few high-end reviewers embrace music subs. That creates little to no incentive or inspiration for their audiences. Even fewer reviewers advocate that we actively high-pass our mains. There seems little demand or desire on these scores. I couldn't in good conscience tell Thomas that I thought it a good idea in general. But for just the unholy trinity of me, myself and I, we'd definitely exploit it for the fullest benefit of our amplitude, phase and time-domain integration between subwoofer and main speakers. Hell yes we would. Even if it was still vaporware, things always start with an idea, then dialogue. Perhaps this particular dialogue had just moved forward by an inch? In which case, just 12.8 more inches to go; x 2. In the here now, 2-channel listeners without digital pre/pros looking to execute perfect timing will want subs without DSP's innate latency; or latency low enough to compensate for physically. You'll certainly want to know what it is. To learn how far I'd be off, I contacted Otto Jørgensen, Dynaudio's product management director. "Our total delay is 2.5ms. This can't be lowered since the DSP can't be bypassed. It's equivalent to ~86cm of distance. The majority of the delay isn't from the filters which by design are quite simple. It's from the ADC, driver protection and DAC." That was excellent news seeing I was committed already. Perhaps I could still account for the 86cm physically? Considering, it was blessedly little gotcha. 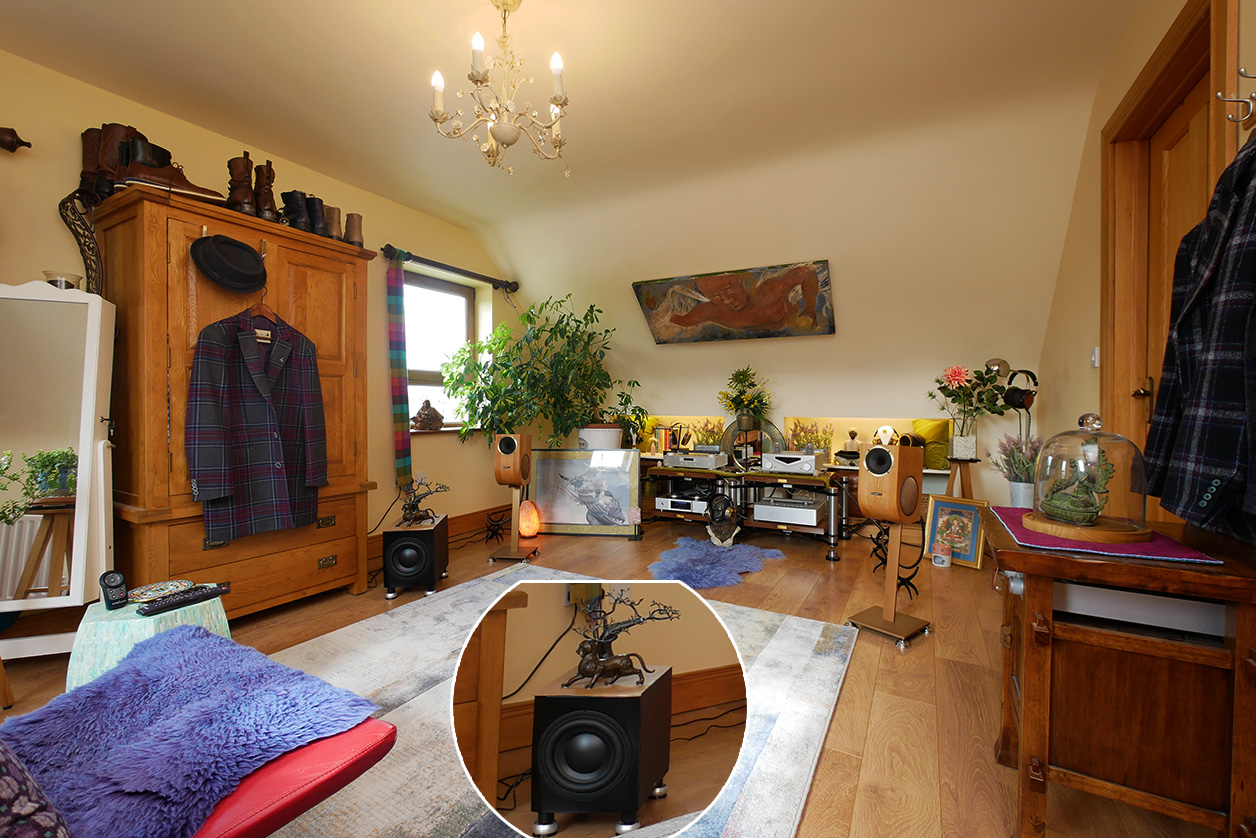 As it turned out, moving the wardrobe forward by a meter created the perfect clearance. With my external filter en route, I set up for interim augmentation mode. The 18S's lowest filter value is 40Hz so a bit too high for our unfiltered monitors. But it would certainly do until I could bypass Dynaudio's low pass in so-called LFE mode. In home theaters, an LFE signal to a sub is pre-filtered by a pre/pro to not use the sub's own filter.