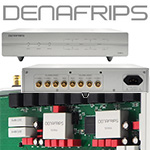 Extraterrestrial. Is the Denafrips Terra in black or silver that if your master-clock ambitions are interstellar? In this catalogue from mainland China, clock-slaving Gaia as their best DDC to the Terminator Plus DAC as flagship converter was the epitome of precise clocking. Perhaps until now. Hence 'extra' as my lead-in word plus a question mark. Once more Mr. Zhao shuns the 10MHz studio standard for masterclocks because that frequency must first be synthesized/converted to actual audio/video clock rates. Like his three DDC and two clock-output DACs, he prefers to run clock rates at simple multiples like integer upsampling. For the 44.1kHz and 48kHz families, Terra has 45.1584MHz and 49.152MHz groups of 75Ω BNC outputs. Basic math tells us that these peak rates reflect a 1'024 multiplier. Terra has two of these fixed each. Two more outputs in each group have front-panel configurable values. Those start at the base rates of 44.1kHz/48kHz, then upscale to integer multiples of 11.28/22.57MHz and 12.28/24.57MHz respectively. 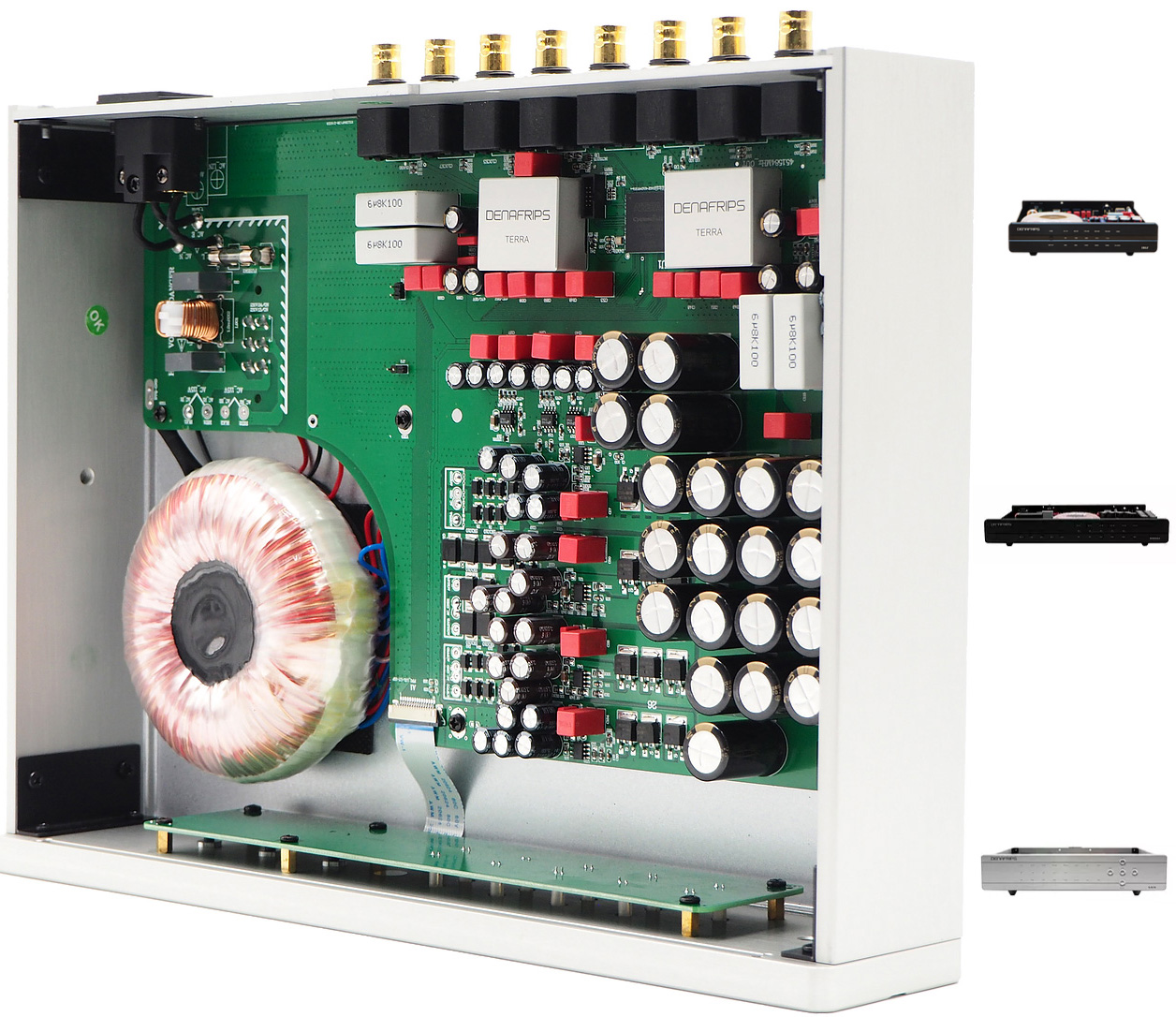 Powering Terra's precision oven-controlled crystal oscillators—visible above in the two enclosed modules named Denafrips Terra—is a "multi-stage high-current linear power supply with oversized power toroid. Much attention was given to optimize the PSU's performance for low noise and cross talk, high slew rate and current plus superior thermal stability". With Terra, Denafrips now have their own masterclock like Antelope, dCS, Esoteric, Grimm and Mutec. But because theirs doesn't run on 10MHz, it won't work with digital components which expect that. Its primary targets thus appear to be its own stablemates with equivalent clock inputs: Iris, Hermes and Gaia. Those are shown in descending order next to Terra above. From ownership I know that Soundaware's D100Pro [below] and D300Ref will accept Terra's second-highest clock rate. There could be others particularly if their clock inputs accept the basic 44.1/48kHz rates. 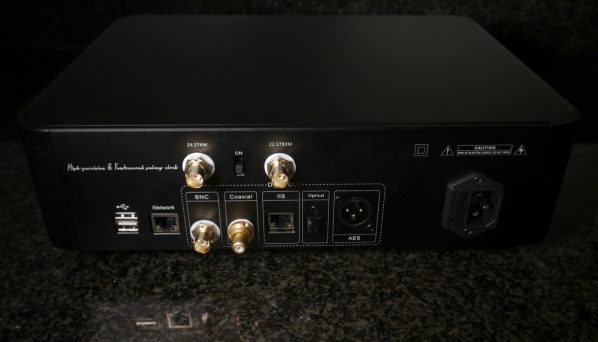 In recording studios, the need to sync up multiple digital workstations, multi-channel A/D and D/A converters is very real. Hence masterclocks started their life as a hardware category for pros. The transition to home hifi has remained an esoteric pursuit. Our kind won't run anywhere near as many digital components at any one time. If we're retro, we'll use a disc transport into a DAC. If we're PC, a computer or audiophile streamer replaces the disc spinner as digital transport.

Adding a reclocker between transport and DAC tends to go full hog to sync up just two components. Cynics question the need. Experienced audiophiles with systems of sufficiently high resolution beg to differ. They know that inserting an isolator between noisy PC fed by menial router and DAC is audible. A masterclock adds further precision. In digital audio that's nearly always synonymous with less jitter.

Having first isolated/reclocked my desktop with Audiobyte's Hydra X+ and reviewed an equivalent Mutec, then done it with Soundaware's D300Ref in the big system, subsequently clock-sync'd between it and a Terminator Plus, later with Gaia… I've taken this extra binary journey which only in theory equals perfect square waves. In the meantime the resolving power of our big system grew with upgraded components and speakers. I'm certain that this was instrumental to clearing the stage for superior crystal oscillators to make their case as more precise clock generators. You'd be an alien misfit on Terra if your source was a smartphone streaming Spotify via Bluetooth. 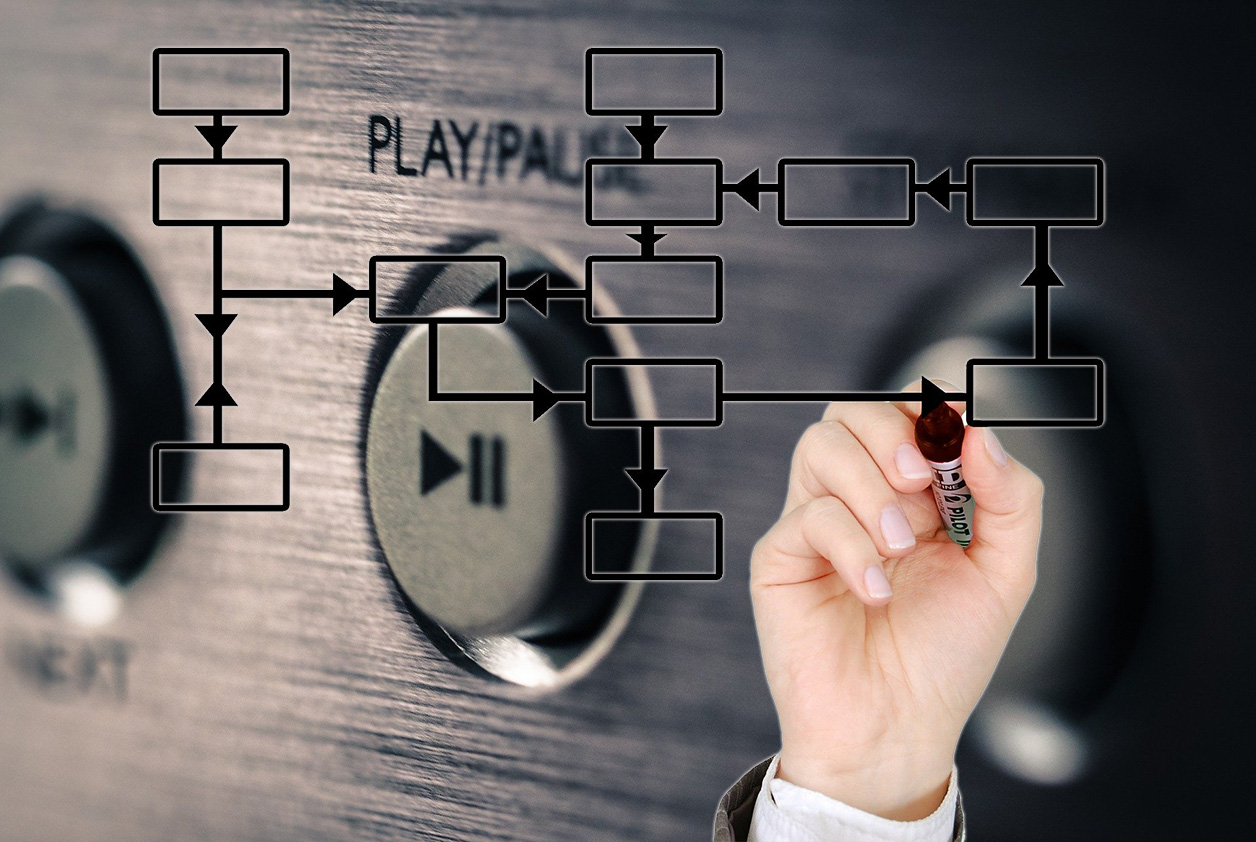 Today's component is unapologetically for upscale users with properly sorted systems. Remnant jitter might just escape terrified, Terra'fied sound go the extra mile or meter? Now the extraterrestrial opener pans out. If the advance is down to just a millimeter—how I feel about most selectable digital filters—I'll call it a miss. Now cynics would feel vindicated. Clockists would call out my rig for insufficiently rarified resolution. Until I did something about it, I'd not know who was right. That's true for all hardware categories but becomes ever more so as improvement margins shrink. If our room is aurally most important followed by speakers then subwoofer then amp, preamp, digital, cables/cords, power delivery, resonance control—the latter two soon become more important but without cables, there's no sound so those must come first—finally sundry tweaks like cable lifts, resonators, virtual grounds and ionizers… where do masterclocks belong? Even the most rabid of femto freaks would have to admit that they come way at the end, possibly dead last. In that sense it's end-game not beginner's or even intermediate stuff. On price meanwhile, Terra is beginner's fare. At €570, only the Gustard C16 is cheaper on Amazon. Then it's the SOtM at $3'500, Mutec's twins span €3'300 – £4'895, the dCS Rossini commands £6'600 like Antelope's Isochrone 10MX, the Auralic gets €9'000 while Esoteric's three options bracket £5'800 and £23'000. If you board Mr. Zhao's rocket, you won't be Jeff Bezos, Richard Branson or Elon Musk. You'll be Joe or Jill Normal hitching a ride. Will Houston have a problem with that? Will you feel taken for a ride?