Single-driver speakers without crossovers to fix linearity-related issues whilst offering generous bandwidth and even response are anything but easy to design. Their few makers are pretty much limited to refining just their drivers and enclosures over iterative prototypes. It's why the F10 Select's moisture-proofed paper cone runs 3 whizzers. The largest one expands treble reach, the smallest one amplifies it and the last collar cancels midrange shout. These three radiators obviously all interact with each other to create potential wiggles in the frequency response. The tricky part thus was adjusting their geometry, shape, coating and size so all three augment the main membrane without issues. Adjustments meant one small tweak at a time. With possibilities virtually endless, that was time-consuming. F10 Select also incorporates Cube Audio's signature CNC-milled low-loss phenolic spider designed to absorb as little acoustic energy as possible. Each Jazzon places its driver high above the floor while a nice terminal plate with WBT NextGen posts sits strategically low. Two rubber bumpers in the backs and spikes in the front tilt the enclosure a bit so that the open bottom vents the tapered quarter-wave tube. Without this gap bass response would suffer. On fit 'n' finish my sample was as nicely made as its predecessors had been. The new semi-matte white grew on me and also trimmed back the retail price by €2K over gloss. I'd prefer white Jazzon either with white bolts or buttons to cover up the black ones. You now might want to read Srajan's take on Jazzon for a 2nd or rather, 1st opinion. That's because his loaner still had the rubber surround. Cube Audio since returned to foam which is what I reviewed. 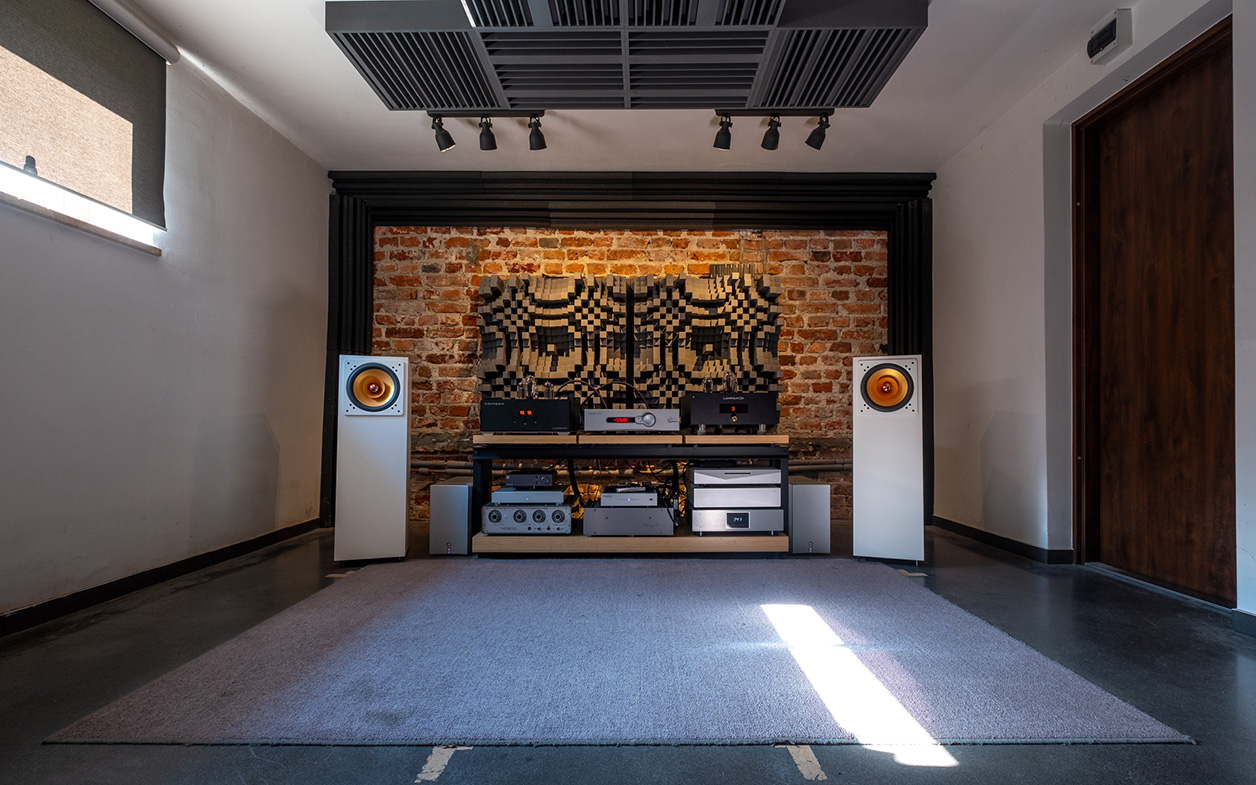 Since Jazzon marks my fourth Cube Audio assignment, the usual riddle of ideal in-room position and suitable hardware had been solved multiple times already. My room modes mean that the best spot for the listening chair can't move forward or back by more than 30cm. Anything outside that zone results in either a bass suck-out or peak. On top of that, speakers make their own demands. Some need to stay far away from nearby walls, others benefit from hugging them. All Cubes I had the pleasure to review were enjoyably unfussy to set up and so was Jazzon. About one meter to the nearest boundaries with a gentle toe-in was all it needed to flaunt proper imaging and hefty nicely controlled bass to soon be ready for action.

To me Jazzon's friendly in-room compliance wasn't news but surely will be to many purist widebander fans. While the breed is known for beaming, face-on toe-in is truly counterproductive with Cube drivers. They achieve top spatial accuracy when turned in by no more than 5-10°. Steeper angles mess up their imaging. In my fairly small 23m² room that setting was the ticket again. If I had a larger floor, I'd move Jazzon farther from the front wall with no toe-in at all. Extra breathing space would result in even greater soundstage depth without paying up in imaging currency. Naturally the closer Jazzon sat to nearby walls, the higher its bass output grew. Considering its inherently slamming disposition, I'd still hear stout bass even when positioning both boxes in the middle of a larger room [affirmative from my own review below – Ed.]. 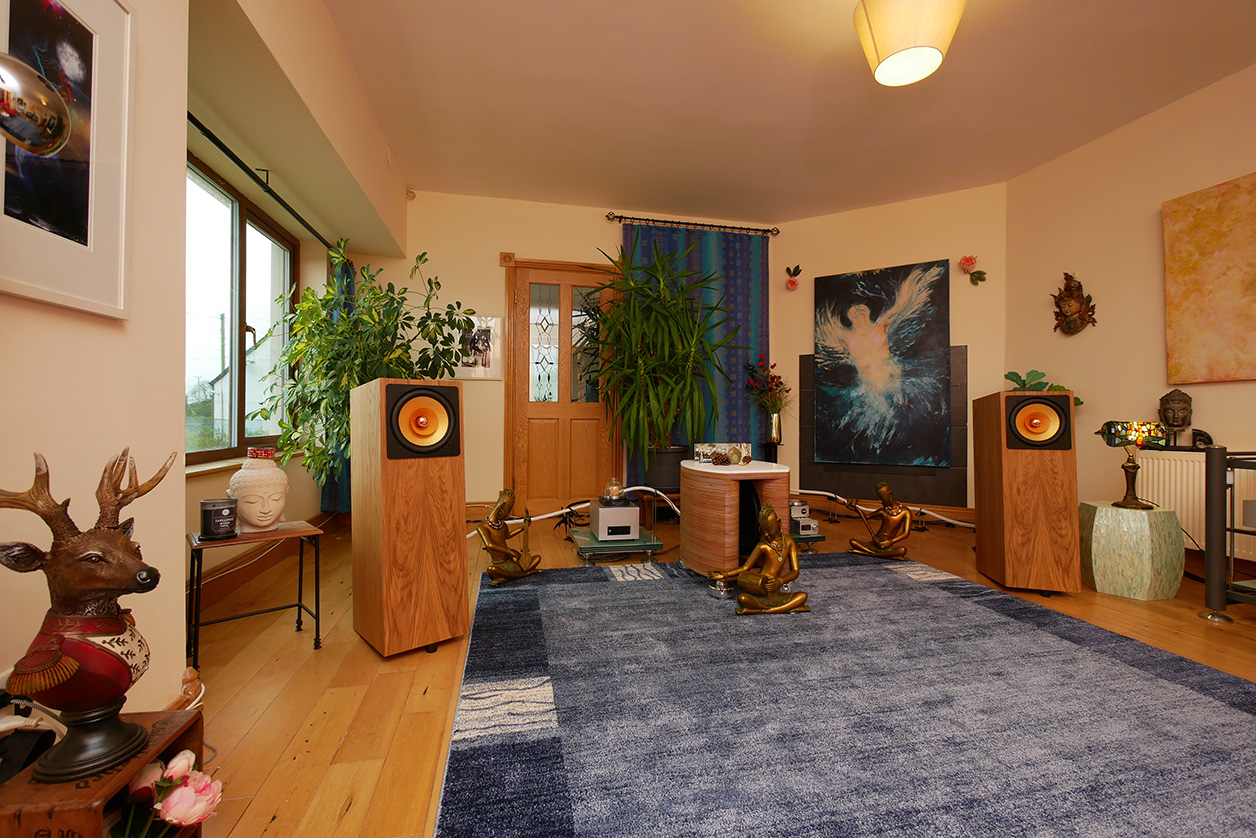 The choice of amp wasn't difficult to make. It's no secret that such speakers enjoy high output impedance for lower damping to not limit the widebander's stroke. The more freely it moves, the more bass it can generate. That particular dependency renders most muscular class AB/D amps unfit which are high-feedback low Ω to restrict Jazzon's bass and dry it out. I had no such hardware and the two amps at my disposal proved awesome companions. Trilogy's 995R and Enleum's AMP-23R respectively are class A/AB zero-feedback designs. They pack 50/25wpc into 8Ω while their 0.25/0.4Ω outputs into Jazzon's nominal 10Ω load result in damping factors of just 40/24. That's very workable. Here I must confess that even though Enleum's Bakoon predecessor was in my possession during two prior Cube Audio reviews, it hadn't occurred to me to try it. As adorable as the amp was, I mistakenly thought its output impedance too low. It's not. Since the Enleum AMP-23R is very similar, now I had my chance to rectify a rookie mistake.