I²S was lost in translation. When it distorted a bit, I remembered. Soundaware and Denafrips use different HDMI pin-outs. So I changed Mario's header from 'reverse' to 'straight' which doubled as inside photo op. That pin assignment played even more distorted. I'd actually wondered whether Mario's either/or settings could cover the whole gamut¹. Denafrips need far more than just two I²S pin options. In any event, I defaulted to good ol' USB. Audirvana 3.5 instantly identified the Venetian deck as ZeroUno DAC to leave no doubt about which output path to select. Again, for his USB Mario implements a virtual battery supply with ultracapacitor like Gryphon do.
_________________________________

¹The I²S interface on HDMI is made up of 3 differential signals of data, data clock and word clock. Unfortunately the different possible combinations of these three differential signals are 48 [(3×2) x (2×2) x (1×2) = 48]. The useful solution is an array of logic gates to create all possible combinations. Imagine hundreds of logic gates usually on FPGA. The byproduct is simply the introduction of high jitter. It's a loss of definition and harsh crispy sound. The solution I adopted is a cross cable different for any combination of the 3 signals. Studying all sources with I²S output via HDMI, we can isolate two main groups to cover about 70% of what's to market. My two-position cable reflects that in a way which minimizes the introduction of jitter. For the remaining 30% I must provide a dedicated cross cable to alter the pin positions. As you noticed, the Denafrips almost interfaced as shown by just light distortion in one position. That's probably because the data clock still inverted polarity. With a custom crossing cable, I can cover all 48 pin permutations. Just ty to interface a Pro-Ject CD transport with your Terminator. It won't work because even 8 different configurations aren't enough. I'm already working on an I²S interface where I add the necessary logic gates to my cross cable (a 3-to-8 combinator where each signal can be inverted) followed by a reclocking terminator based on a 1GHz ultra-low-jitter clock to almost cancel all jitter generated by the 3-to-8 combinator. This I²S MkII interface will be available by the end of November and officially present at the 2022 HighEnd Munich show if that takes place. Always my enemy is jitter and my goal is how to avoid its loss of definition for the most realistic sound possible. 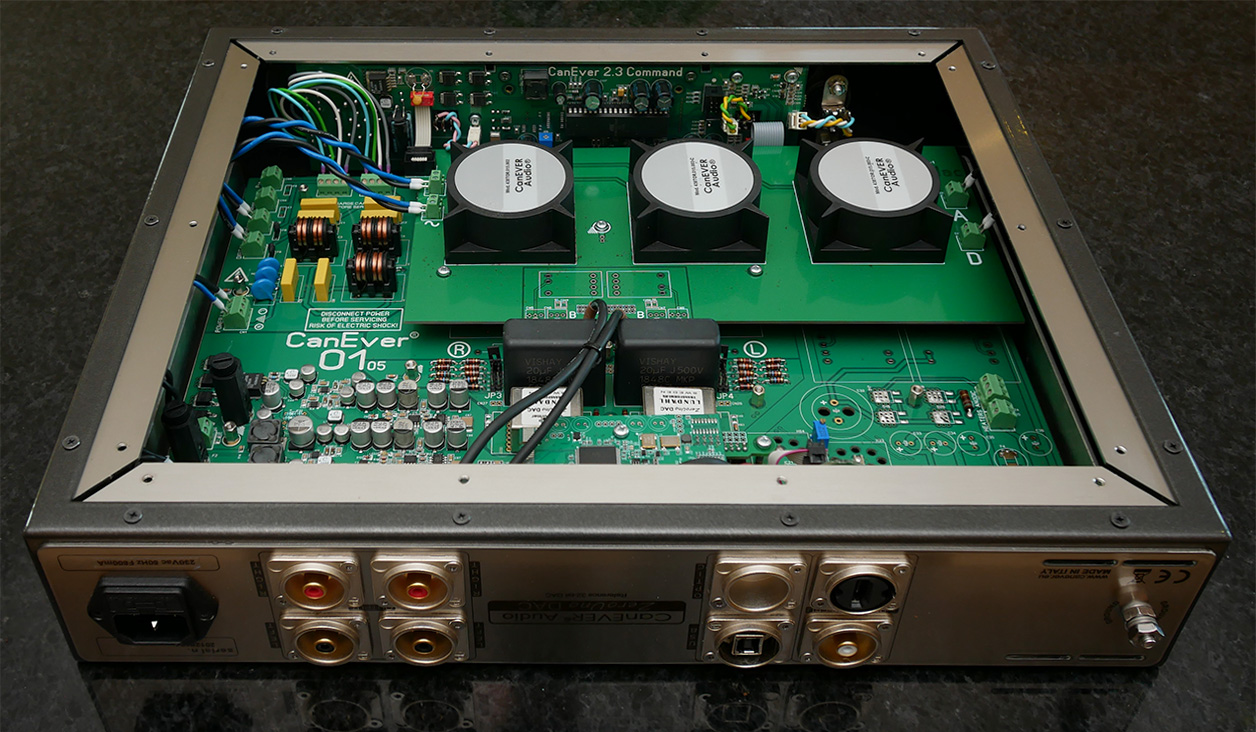 Here we see Mario's two I²S headers with flat grey crossing cable and Lundahl output transformers. Those we'd usually expect after a tube gain stage. Gapped transformers not only become ground interruptors but also low-pass filters due to their not unlimited bandwidth. Since digital noise occurs far outside the audible band, we expect these small transformers to act as high-frequency noise filters and galvanic isolators. Jeff Rowland favors them for his class D amplifiers for probably similar reasons. Time to go Biblical for a moment. 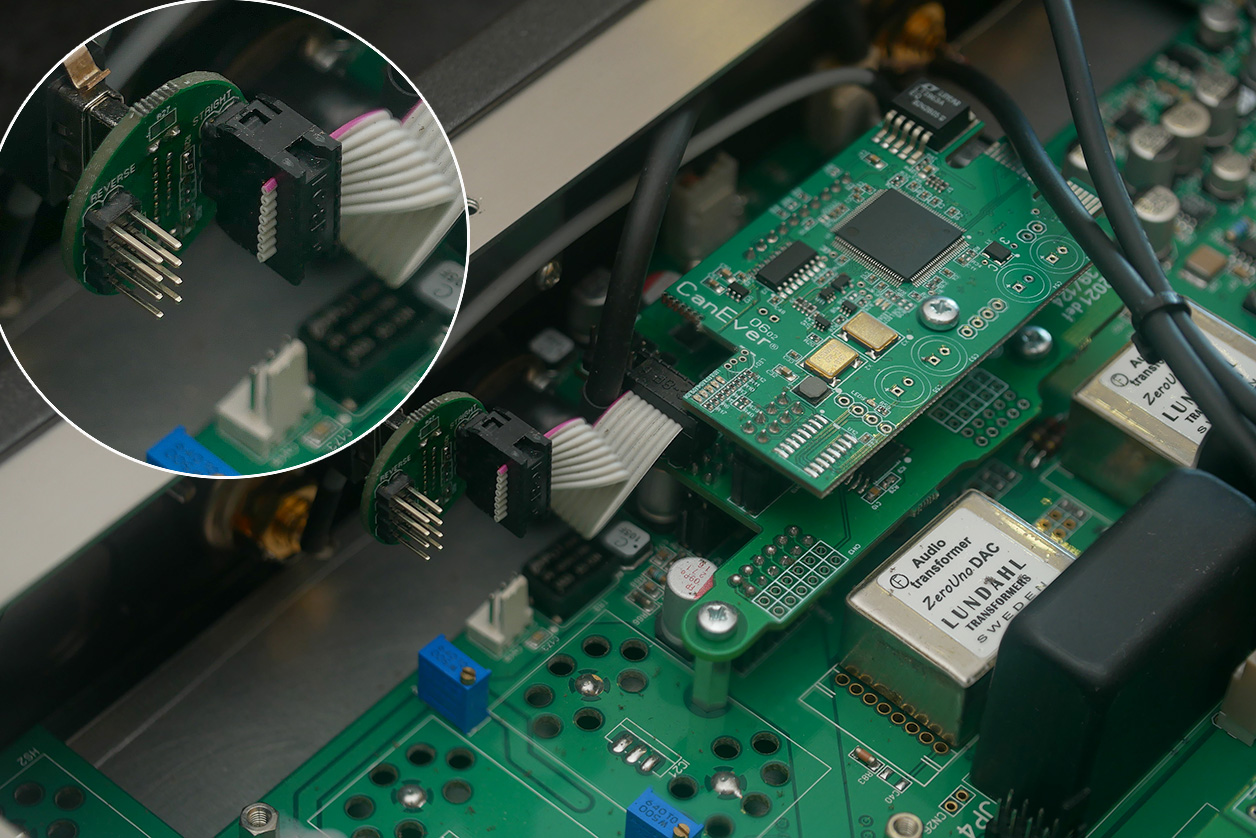 The Old Testament's tower of Babel incident is an example for hearing everything yet understanding nothing. If you've walked nature to feel enveloped by pulsating silence, a companion's chit chat just then could have jarred no matter how erudite, clever or charming. So it can be with a hifi that's already beyond the 'too' malaise. It no longer suffers too much of this, too little of that. Still one may end up turning it off too soon to prefer silence instead. Though one heard everything, feeling spoken to still missed. Some understanding lacked. What is that lack when technically, everything was perfectly proficient? Audiophiles not only in pursuit of an absolute sound but immersion invoke musicality. Though it's a weasel word without clear definition, it can be a pointer at an ambiguous quality. Its lack prompts us to turn off a hifi for no good reason other than not being in the mood. Honey, I've got a headache. Our ideal system puts us in the mood. We call it involving, compelling, persuasive, communicative, irresistible or magic. These words are our weasel's limbs. They express how much the listener really wants to listen, in fact can't resist. Noticing that is as easy as knowing we're hungry; and as discomfiting as facing a lovingly prepared meal when we're not.

This detour explains how, in a new sound room I'm still dialing in, the CanEver DAC bedded in better than the resident despite taking resolution, focus and separation down a notch or two. Calling Mario's voicing 'more musical' says nothing. But having been to Babel and back, we appreciate how quite apart from pure sonic judgment on disciplines like tonal balance, bass/mid/treble, detail retrieval, imaging, scale and so forth, there's a far harder-to-define quality in parallel. If too weak or absent, the rest matters naught or very little. On that score, Mario's tuning was more successful. It made the experience more compelling. It lowered the barrier of entry so asked less of me to be in the mood. If now you protest that, "I understand but still want you to explain what made it so"… if already I knew that, I'd be done with my room. I'd then own the full definition of musicality to eradicate the weasel for good. (Rural Ireland suffers from actual feral ferrets when mink farms closed and let them escape.) The likelihood that the m word is far more personal than universal is grave though. Otherwise we'd not have so many radically different-sounding rigs at shows all set up by people who worked hard to make their exhibits the best they could. 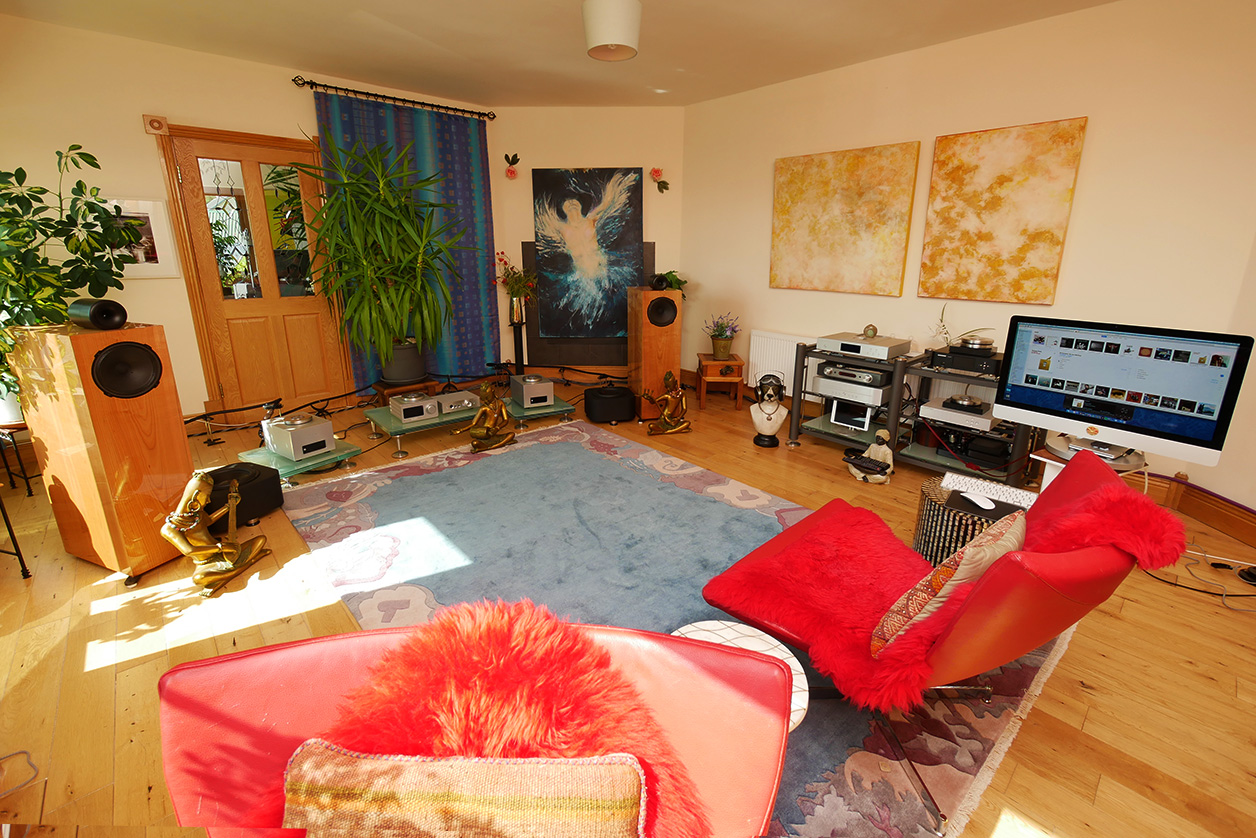 Extreme wide-angle distortion is the price to pay to get the entire right side wall and both speakers into the frame.

Since I'm no farmer with a chicken coop who must do real battle against real and very bloodthirsty weasels, I'll just reiterate that the more affordable CanEver didn't suffer at all by toning down resolution and separation versus the far dearer clock-slaved Gaia/Terminator Plus combo. It had that something else which played stronger to the very reason why one has a hifi in the first place: actually using it. Saying so doesn't solve the issue of defining the something else. Hopefully we already circled that wagon sufficiently for you to at least have a notion. Mario might point at even lower jitter? I'm inclined to look elsewhere because my residents didn't betray "a loss of definition and harsh crispy sound". On raw definition in fact, they scored higher still. Did then the CanEver lead in nutritiousness like a light fresh salad which brims with enzymes and vitamins? It leaves us energized and revitalized quite unlike greasy-spoon grub. The Denafrips combo simply didn't sound heavier. The CanEver did but the result didn't track the food example. 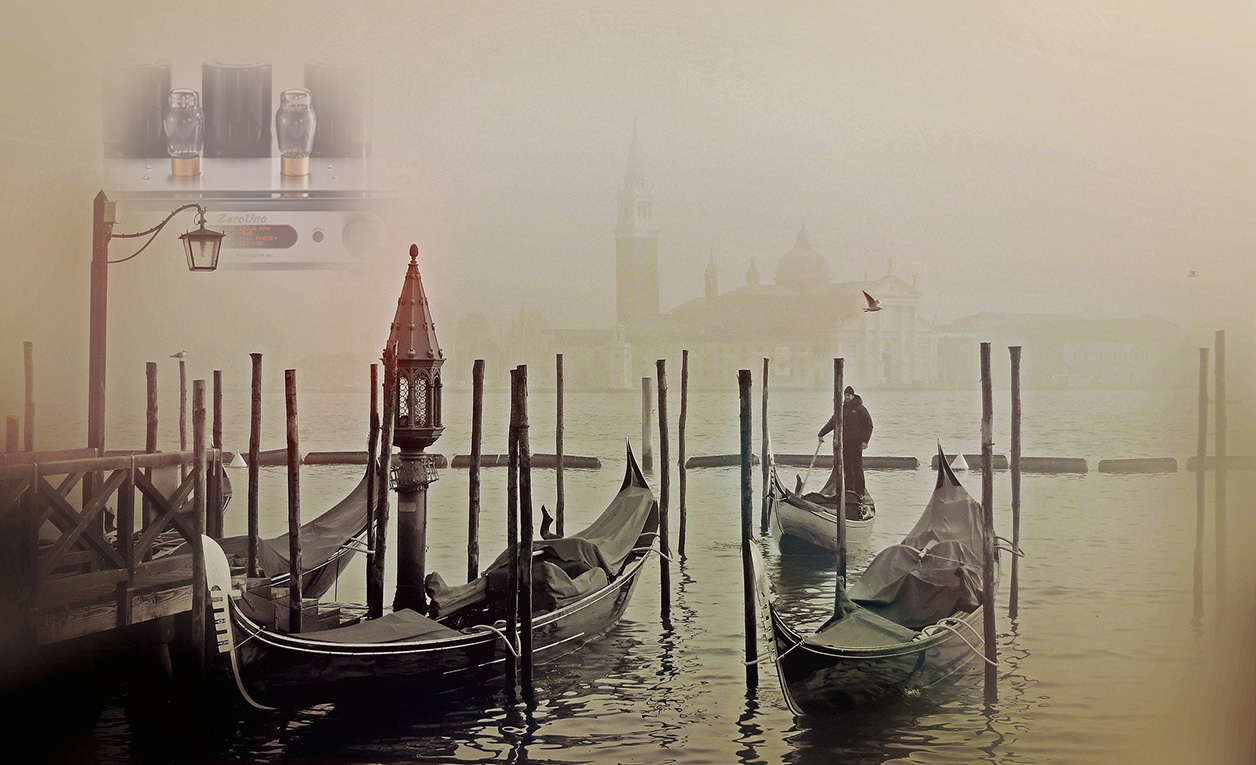 You see my problem. I can list the sonic differences centered on greater warmth without humidity. I can describe how that voicing's byproduct of robustness, saturation and tonal materialism softened focus and the apartheid of densely packed detail. I can easily admit how in my not yet 100% downstairs room, the CanEver was more persuasive. I just can't decisively say how its mix of various quantities and qualities caused that desirable effect. For my new listening room, I'm still chasing the magic button whose press will do the trick. If I were lazier, I'd just buy the PureDAC to get closer. As is, I'll keep buggering on. Learning something new is half the fun after all. What I learnt about Mario CanEver's entry-level DAC without tubes you already know. It's really quite the peach. Over and out then.