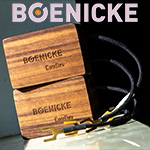 This review published in August 2022 on HifiKnights.com. By request of the manufacturer and permission of the author, it is hereby syndicated to reach a broader audience. All images contained in this piece are the property of Dawid Grzyb or Boenicke Audio – Ed.

Honest fraudster. After many reviews of Boenicke speakers, cables and conditioners, today we look at Sven's latest ComDev. For many years already he used it at shows without letting on. Now his customers can enjoy it at home. What is it? The vast majority of hifi enthusiasts focus on their most impactful components to forget all about accessories. It's why various filters, decouplers, fuses, upgraded cables etc. are destined to lose the discretionary funds battle against new sources, amps and speakers; until they don't. That might come when your key hardware is nicely sorted but the upgrade itch remains. Now accessories are a smart way forward without upsetting already happy components. Instead of going after a costly new amp or DAC, we want to squeeze extra performance from what we already possess and love. To be clear, in isolation tweaks rarely make a huge difference. Regular systems can simply accommodate quite a few tweaks and all of their contributions multiply. Most such supportive measures aren't crazy expensive so adding more over time is what I've done to perfect my setup. My system's core hasn't changed since March 2021. The Innuos Statement I reviewed then was my most recent major addition which marked the last page of a rather substantial chapter shared with a LampizatOr Pacific DAC, Trilogy's three-piece reference pre/power combo and sound|kaos Vox 3afw monitors on rotation with Boenicke W11 SE+ floorstanders. How these ingredients mesh keeps my upgrade bug at bay and me blissfully happy. Besides, any chase after products noticeably higher up the food chain now would become crazy expensive. My fairly small room with low ceiling won't comfortably accommodate anything bigger. That's why I enjoy what I have instead of lust after what I don't. While my 23m² floor space dictates what makes sense, it doesn't limit accessories.

Those which I already exploit have a rather drastic combined impact so are a big reason why I enjoy my system so much. Most accessories are supporting actors designed to make the lead actors look their best. My stars shine because of LessLoss cables and internal Firewall passive filters, Boenicke Audio cables and AC distributor, Fidelizer's EtherStream switch, an ISOL-8 linear PSU, multiple Carbide Audio isolation footers and a 3+1 wood block rack by Franc Audio Accessories. Whether I like to admit it or not, without them my system would devolve into a mere shadow of itself. It would still make sound of course, just be nowhere near as enjoyable. Boenicke Audio founder Sven Boenicke has been well aware of the efficacy of the right tweaks and cables. Those by him which I reviewed were always truly efficacious. Just recently the man reached out to ask whether I'd have a go at his latest which interestingly enough isn't really comparable to anything else he's done before. So really, the question was just rhetorical. 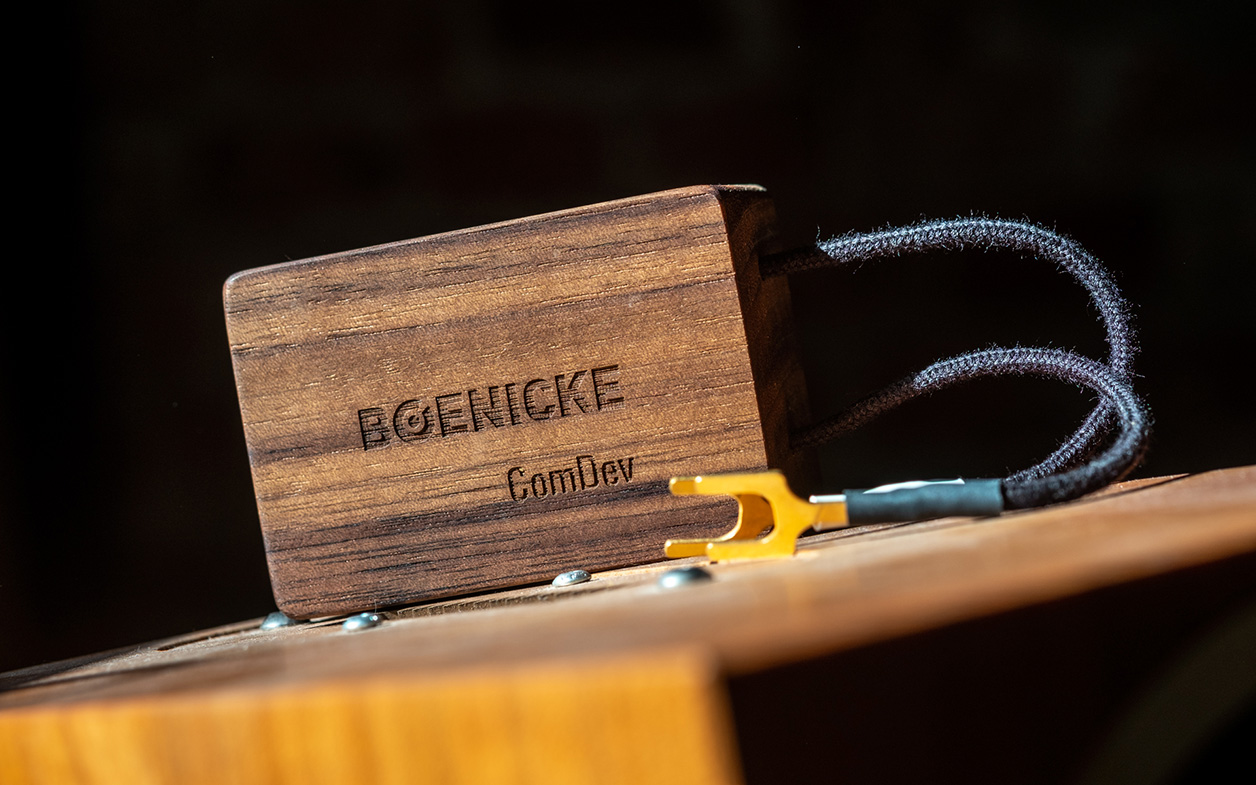 The compact package he sent contained two small sealed wooden objects named ComDev. Each is quite hefty given its 8x5x15cm WxHxD size and features two skinny 10cm leads terminated in spades to aim at speaker terminals. I naturally thought that this had to be a set of passive filters or signal conditioners but no. Sven explained that for years these woodies were his secret show-room weapon which he now decided to share with clients. He described them as signal emitters which impact human perception but didn't explain what they contain or how they work. So I impressed upon the Swiss that his latest creation had to be explained to some degree but he saw no point. He's convinced that most people would see him as a snake-oil peddling fraud if he did. So I put on my nicest face and asked again. This took a detour to one Allen Wright (1947-2011) of Vacuum State Electronics famous for his The Tube Preamp CookBook, The SuperCables CookBook and Sven's dear friend. At its core ComDev is an Allen design he gifted to Sven prior to his passing. Sven knows how to make it since he owns the schematic but its exact MO remains the departed inventor's secret.