B.audio | Pass Labs. Spinning up Anna Maria Jopek's "W polu lipenka" from her most current Ulotne album with Branford Marsalis instantly marked out territories. Our XA-30.8 was darker, mellower and on perceived musical tempo, slower. The B.amp was more intense, more lit up on top and on that subjective sense of music's progression through time, more energetic. Also, its bass was wirier and more striated though not stronger per se.

As you'd predict from such characterizations, the rebuild of recorded space—whether real venue or manipulated with electronic reverb amounts to the same—and the teasing out of the virtual soundstage panorama into discrete layers was higher with the French. So was sharpness when Branford rips into some saxophonacious wails or Anna Maria flips into her narrow head voice. Our class A amp played the same tune more stately, bottom up and texturally softer and heavier. It quite tacitly felt as though the B.amp revved higher in a lower gear whilst the Pass cruised at lower rpm in a higher one. Even though implying a 'sportier' drive doesn't translate back into the hifi experience completely, in terms of musical forward propulsion and the resultant adrenaline rush, it actually works. 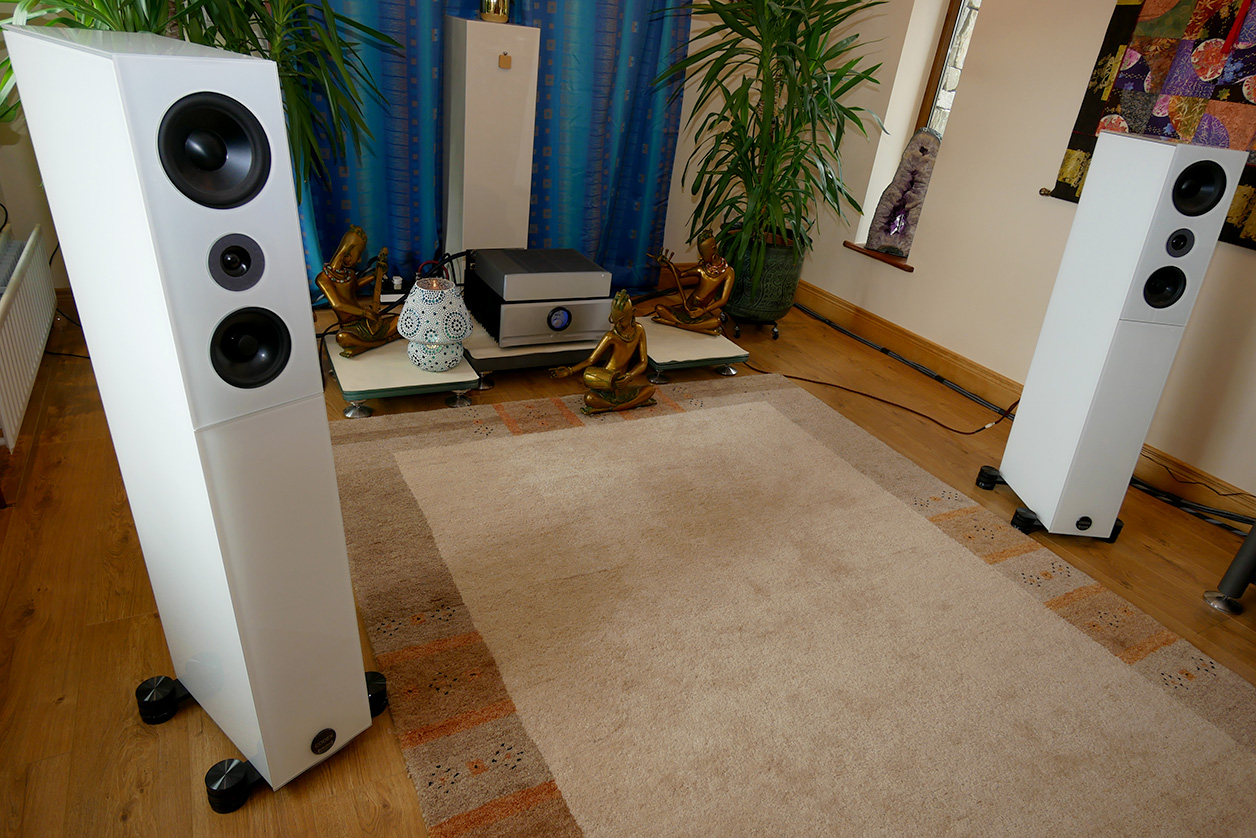 The aspects of higher speed, separation and inside-out illumination thus all favored the class A/B over the class A amp and the upshot was stronger projection power. I use that term to describe a particular action. Either sounds just sit there passively behind the speakers; or they actively reach through space to touch us without otherwise altering our subjective perspective or relationship to the soundstage. That remains behind the speakers. It's about a stronger energetic connection like a skilled orator's, not a forward shift of scenery. On that score, the B.amp had/did more.

When a component owns this quality, it's like Stevie Wonder's take on "Fragile" during Sting's 60th Birthday Concert. The quality the B.amp owned was intensity.

… "Ta vasana mou" from an equally younger Yannis Parios and his album Vios Erotikos. The B.amp managed to transfer the vocal passion in their songs which takes no language comprehension to catch – if a system will properly project and carry across the empty space between the speakers and you. This is no quality which frequency response graphs or waterfall plots know anything about.

In closing, any good component is expected to and does all the usual or it wouldn't be called good. That being so, I find it useful to whittle things down to a special stand-out aspect whereby, from among all the ticked-off audiophile boxes, a piece of kit makes a particularly compelling argument or proposition. For B.audio's B.amp, that was intensity. If analyzed down to its bones, it probably was a happy mix of unusually lively microdynamics, strong color pop for tonal radiation and high drive current. But in the end, it wasn't really meaningful to break it down. What mattered most was the result of intensity, then keep reaching for music which best suited that climate until I needed a break to recover, emotionally. For a rousing Arabian love song, I spun up Kadim Al Sahir's "Eid Al Ashag" here and for a hybrid Spanish-Arab number, Yasmin Levi's Alegria which in the YouTube video is set to snippets from the Frida Kahlo movie. In a compact rather heavy box, team B.audio from France have managed to pack a potent dose of that thing whereby musical meaning rushes through the air into our chest. Now tunes don't languish on the far side of the speakers, out through the window as though discarded in the yard beyond it, but communicate lively and with twitch.

B.audio. Be audio. Be different audio. If that's the difference its engineers had in mind, the B.amp surely hit it out of the park for me with real gusto.