Contrary to the basic USB spec and easy to see, their latest cable uses six wires. Each of these is 22-gauge four nines solid silver and individually sheathed in Teflon, then terminated with high-quality well-fitting 24K gold-plated plugs. The wires are braided in two pairs of three. One pair terminates at the receive end with black heat shrink, the other in red. Black indicates the pair of wires connected to pins 2, 3 and 4 of the USB type A connector to carry the data signal plus ground. The red pair uses pins 1 and 4, i.e. the power and ground lines. Both pairs of braided wires run separate for the first half of the cable. In the middle the two pairs join in black shrink-wrap from whence they lazily twist together into a USB type B connector. Silver solder is by Cardas. Separating data from power leads allows one to disconnect the latter with a self-powered DAC once source and receiver have exchanged the initial handshake. Since self-powered DACs are common in high(er)-end environments, disconnecting the power lead is recommended. This can be done without any ground issues because the data pair of this cable has its own ground leg. 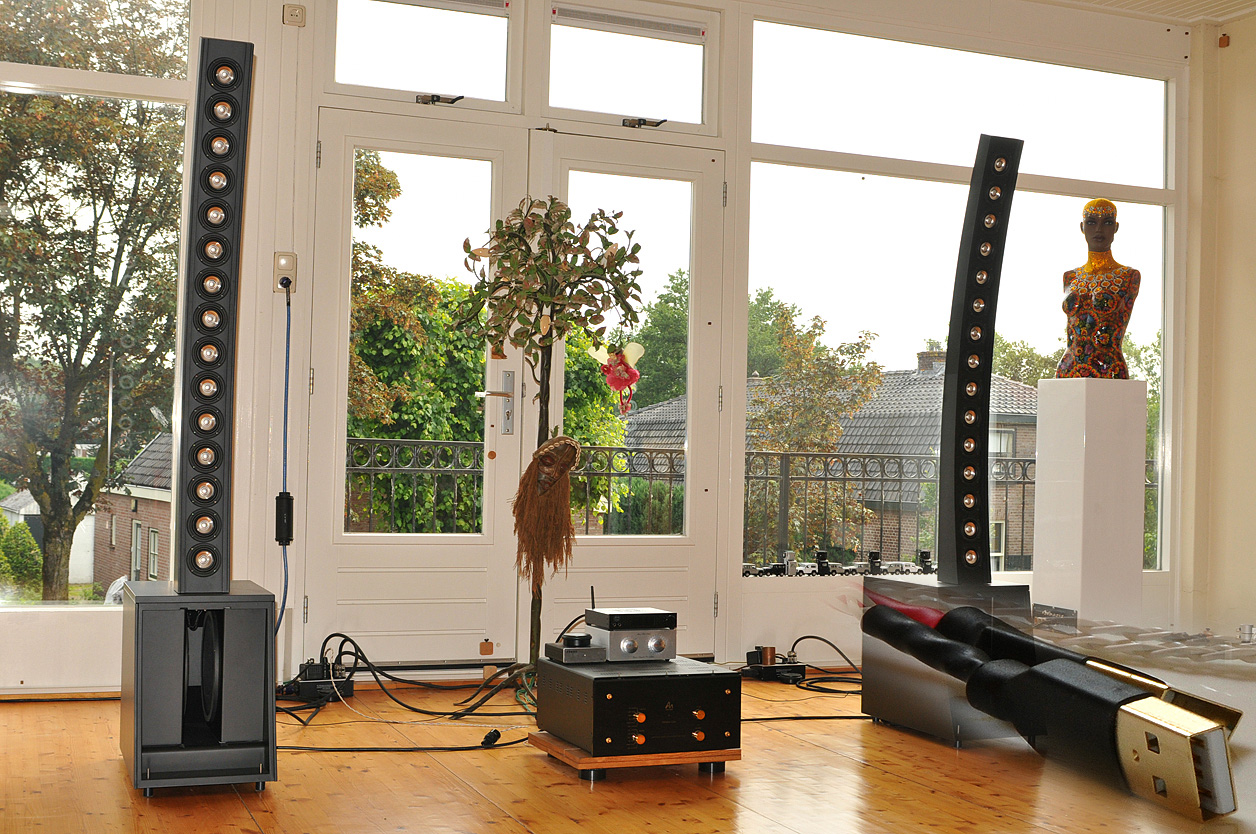 For this review we first swapped the Audiomica USB cable we normally use for a good-quality but generic IT-grade version between SGM 2015 streamer (running HQPlayer to output DSD256) and a T+A DAC8. With played this setup for a few days into a Music First Audio Passive Magnetic controller and Audio Alto active LA17 open-baffle arced line-array speakers. We alternated these listening sessions with our tubed Audio Note Meishu integrated and Avantgarde Duo Omega hornspeakers. After a few days of playing a selective set of albums from Tidal, we had a baseline for tonality, dynamics and imaging.

Time to swap the generic USB cable for the beautiful Indian braids. At the back of the SGM 2015 we used two USB ports for the red and black send pairs and plugged the receive end with the USB B plug into the DAC. After first powering up DAC then streamer, the handshake was performed. With the USB power leads still connected, we cued up Renaud Garcia-Fons and long-time collaborator  Claire Antonini on lute with their new album Farangi.

We admire the French bass virtuoso and this latest has a very fresh uptempo feel to it. Only true musicians can compose new music without defaulting to well-trodden turf. Playing it with the Indian cable to replace the Chinese generic did not just make a difference, it made a vast difference. It all started in the bass. In the LA17, there are fifteen widebanders plus a Ripole pair of 12" woofers – per channel. With the Audiocadabra in place, these massive woofers sprang to life and so did Renaud's 5-string upright. We now encountered color in its tonality. As strange as it may sound, the bass grew darker without getting heavier. Madame Antonini's lute had clear attacks and her many strings, ranging from 14 to 24, were no bigger than life or ballooned. Some of her lutes cover the bandwidth of a cello, albeit with a smaller sound body. Garcia-Fons' signature bouncing bow had attack and came from a dark background. For us, Farangi is already the album of the year and by simply swapping USB cables, the recording was utterly transformed.