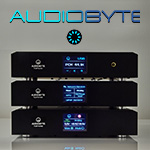 Toyota:Lexus. Volkswagen:Audi. Nissan:Infinity. Honda:Acura. In the car sector, spin-off brands as luxury divisions of existing brands aren't a new idea. In audio it's still less common. But in Rockna Audio, we have a luxury brand whose Audiobyte division is for the man in the street. As I wrote in my 2016 review of Rockna's WaveDream DAC, "if you paid attention to DAC developments over the past few years, you'll have noted a vast majority of Delta-Sigma users; a far smaller group of classic multi-bit contrarians who either harvest dwindling inventories of 16-bit chips (AudioNote UK, AMR), exploit industrial/military current silicon (Schiit) or mint their own ICs (Metrum, Sonnet); and the even smaller FPGA brigade who code programmable chips to do their bidding, sometimes in PCM (Chord), sometimes in DSD (Meitner, Playback Design, Nagra, PS Audio). 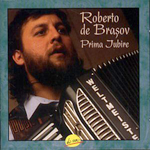 "A 4th faction of MeToo refusniks are related to the classic multi-bit contrarians but execute their R2R with discrete resistor arrays not integrated chips. To this group belong genre peers MSB from the US, S.A. Lab and Wagner Audio from Russia, Etalon from Germany, Denafrips from China, Soekris from Sweden, TotalDAC from France – and Rockna Audio.

"Like my favourite accordeon player Roberto de Brasov, headphone experts Meze Audio and Count Dracul, Rockna Audio are from Romania. Their WaveDream converter started life with MSB modules like the Bulgarian Thrax Maximinus DAC and Swiss ReQuest Beast server. Today's incarnation runs on proprietary discrete R2R tech. Over the years, Rockna's own engineering rock Nicolae Jitaru has provided OEM/ODM assistance to Audio Mirror, Acoustic Precision, Fase, Jadis, Nonsolomusica, PS Audio with their PerfectWave transport, Wadia, Goldmund and even MSB. Whilst his name might not ring a bell, Rockna Audio have been around for 15 years." Now it's nearly 2020 whilst I wrote the preceding in 2016. So we add four years to make it 19 years in the biz. Hola! And things are about to heat up with the new Audiobyte Vox.Hub.

They've already had numerous Hydra models which over the years grew heads as in, features and refinements. Readying now for an early 2020 launch is a triple-chassis stack powered by the Hydra.Zap. That's this twin-bay external PSU with four power ports, two of which are fed by a low-noise linear supply for analog, two from a 300F ultra-capacitor bank for digital à la Gryphon, Nagra and Vinnie Rossi.

The Hydra.Vox below is a discrete 1-bit DAC executed as 100% custom code on a Xilinx-7 FPGA. That works at 200MHz with 68-bit processing and built-in phase correction inside its digital filters. This DAC will upsample to DSD512 then can process that as pure-path DSD to bypass the internal 32-bit volume control whilst muting the 3W/16Ω class A bipolar ¼" headphone output. A dual phase-lock loop generator integrates into Nicolae's mature jitter reduction scheme and is wedded to a femto clock. The analog filter/buffer implements with discrete bipolar transistors. Finally there's a touch screen and separate custom control interface for iOS and Android which allow access to sonic tailoring via three different firmware versions called Rocket, Bullet and Torpedo, "each with its own sub version". The analog outputs deliver 3.8V peak on RCA and XLR whilst both THD+N and S/N ratio rate at -118dB.

Hydra.Hub will be a matching Roon streamer which performs digital reclocking on all its inputs including Ethernet. Embedded HQ Player software straps to 80 parallel DSD blocks to handle upsampling and format conversion of PCM⇒DSD and DSD⇒PCM. When combined with Hydra.Vox, resampling to high-rate DSD occurs in Hydra.Hub to unload the DAC from this processing task and work as a pure NOS 1-bit converter. The dedicated data connection for that is I²S over HDMI. A USB input transforms Hydra.Hub into a USB bridge/reclocker whilst 32-bit digital volume adds digital preamplifier functionality. Like the DAC, the streamer can't work without the Hydra.Zap power supply. But just one Zap will power both Hydra.Vox and Hydra.Hub. For three little boxes, that sure is a lot to process.

When one adds up such intense featurization with custom tech, one feels on Rockna, MSB or Nagra turf safe for the invoice figure. Yet these aren't offshore goods but remain of central European origins. With the divide & conquer approach across three chassis, there's an innate upgrade path for buyers of the Audiobyte DAC when they eventually add external resampling/reclocking via the Hub. But there's also an off-brand route by sticking to the Hub.Zap combo and marrying that to an existing DAC, preferably one with matching I²S over HDMI like a Denafrips.

… to be continued once first production commences…