Cry oh? To listen, here's the hardware I used. sound|kaos Vox 3awf 3-way monitors and Dynaudio dual 9-inch 18S subwoofer both filter with a mirror-imaged 40Hz Linkwitz-Riley hi/low-pass. That little box was built for me by Pál Nagy in Manchester. He helms the brand Passive Preamplifier of autoformer icOn models. It's the same filter he already built into my icOn 4Pro SE now in the downstairs system. The cable from sunny Sun Diego replaced a 3-meter run of thicker Allnic Audio Z-5000 pure copper and also arm-wrestled an even fatter silver/copper run of Vermöuth Audio Reference. How did that go? Swimmingly. 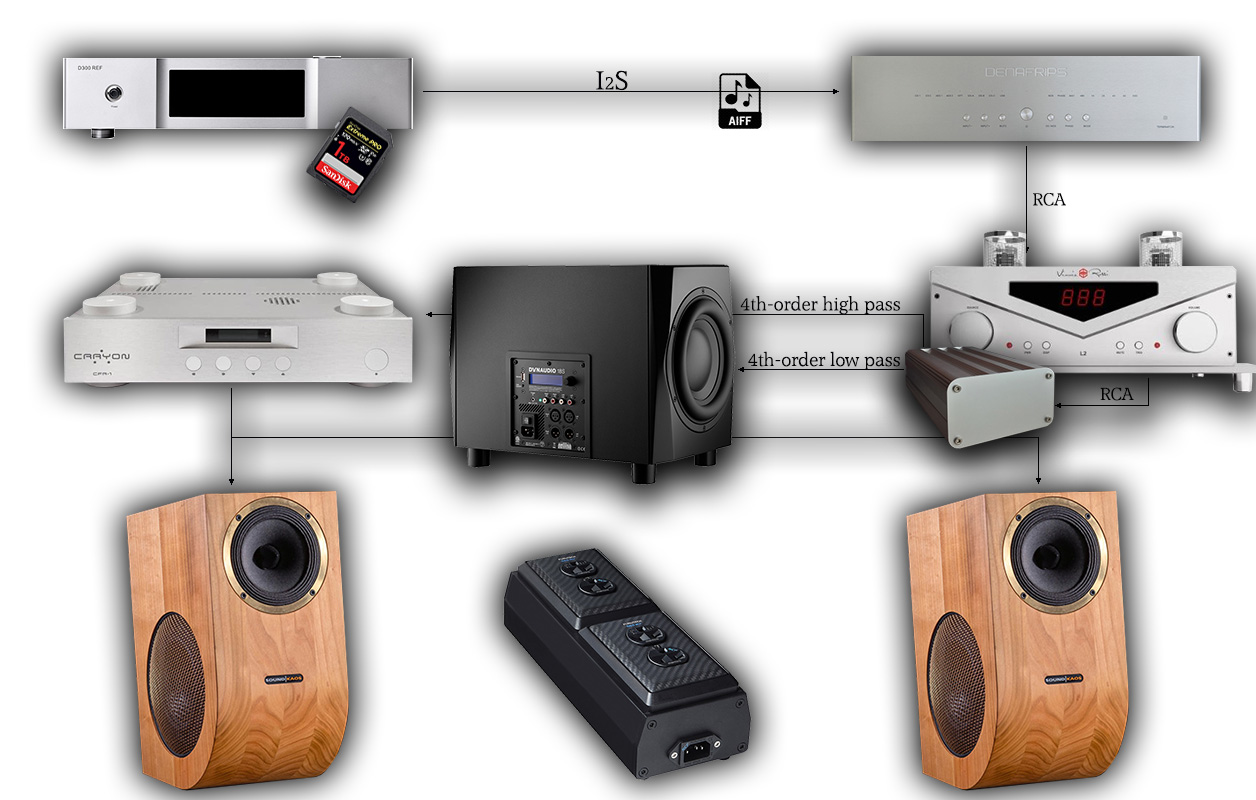 As explained in my Dynaudio subwoofer review, relieving a small woofer of the low bass it couldn't do in the first place though will always struggle with banishes excess voice-coil heat. Once gone, it avoids the inverse square function on its impedance. Higher voice-coil resistance compresses dynamics across its driver's bandwidth. If we remember how a two-way's mid/woofer meets a tweeter at ~2kHz, that can be a lot of liberated bandwidth. This liberation requires a quality active high pass which the sub's low pass mirrors. The resultant increase in dynamic range is very demonstrable. Aside from seamless continuity between sub and monitors with linear phase, it's arguably the reason why one would filter one's monitors. What had any of this to do with the Audio Art cable? Decibels worth.

Versus the costlier competition, it maximized music's gamesmanship on this extra playground of bass-liberated dynamic range. While I heard no difference in tonality between Allnic, Vermöuth and e SC Cryo, this more aspirated response to dynamic fluctuations was key. A secondary offset was somewhat crisper edging. Here one could suspect lower dielectric effects. After all, a cable's operative gauge is shown by its final pigtails. Whatever extra diameter a cable's main body carries is just more overlaid piping and stuffing. What's inside as actual conductor is no thicker than the ends. Over a nude conductor, such dress ware can add blur and fuzz. It looks posh but doesn't benefit the sound. If so, the thinner SoCal cable had less of that fuzz. That sounded somewhat more trim and to the point. But those aspects were outshone by the primary distinction. Perhaps pointing directly at the cryo-enhanced mono-crystal conductor, the main difference was its higher mobility of microdynamic expression. That meant bigger flickers which meant twitchier liveliness. 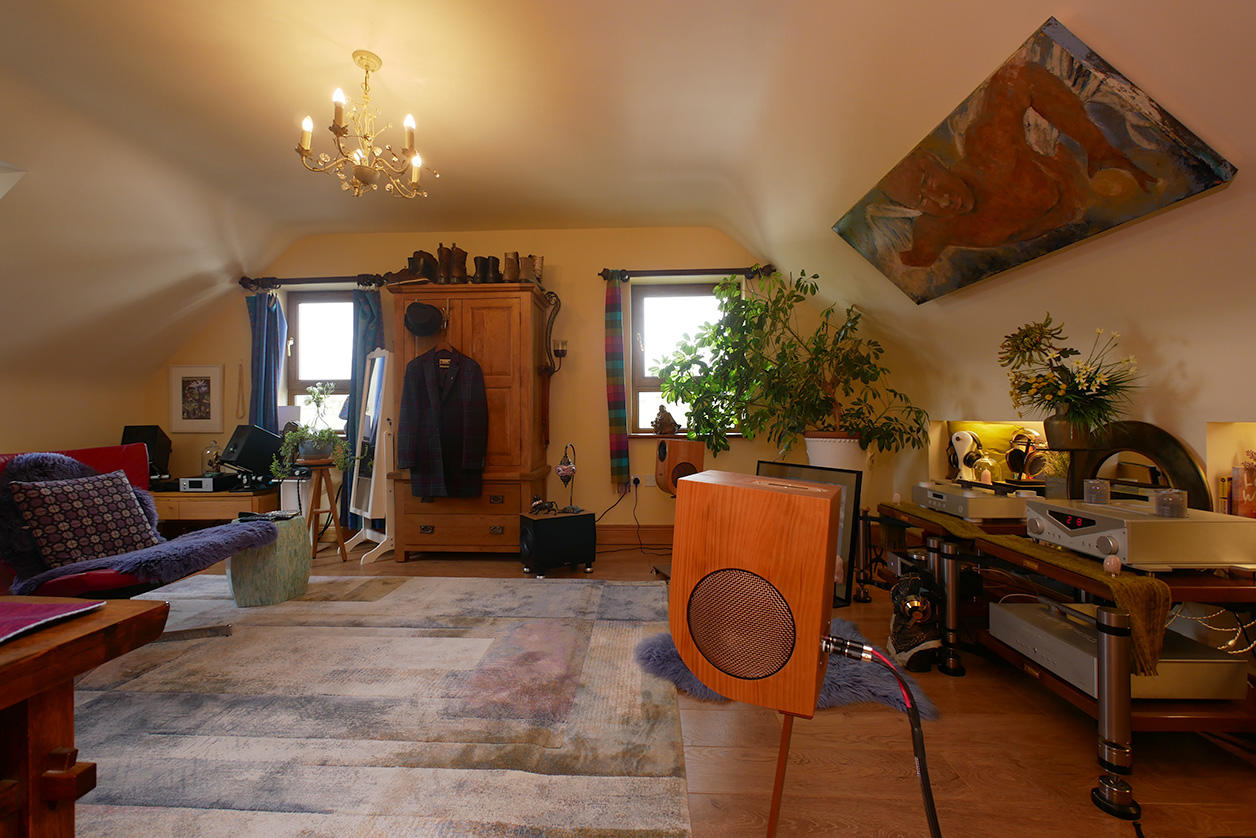 In my book, today's underdog emerged from my three-way cable rumble the new champion. Different listeners prioritize differently. For just four options, there's harmonic tone density, soundstage size/scale, PRaT and dynamics. Robert Fritz's best speaker cable carries the somewhat unwieldy name of Statement e SC Cryo but in practice strips down to be quite wieldy so not difficult or springy to route. It comes with the best bananas I've yet come across. It should most appeal to those who place great emphasis on dynamic contrast and expanded dynamic range. That also influences our perception of pace, rhythm and timing. When beat intensity as music's time keeping deepens and accents as marks on melodic emphasis grow taller, that whole bundle of PRaT wins. Nicely played, San Diego!

PS: A week post publication, Canadian contributor Glen Wagenknecht commented. "I see that the Audio Art Cable proved fun. Dynamic agility is their hallmark signature here, too. Did they send a power cable along? Their Cryo AC cable had a similar dynamic effect and multiplied the trait further with all cables up the line. Made every other power cord sound flat-footed by comparison." 2:0 for team San Diego!